Kit Young Plays Jesper Fahey in Shadow and Bone. Here’s Everything We Know About Him 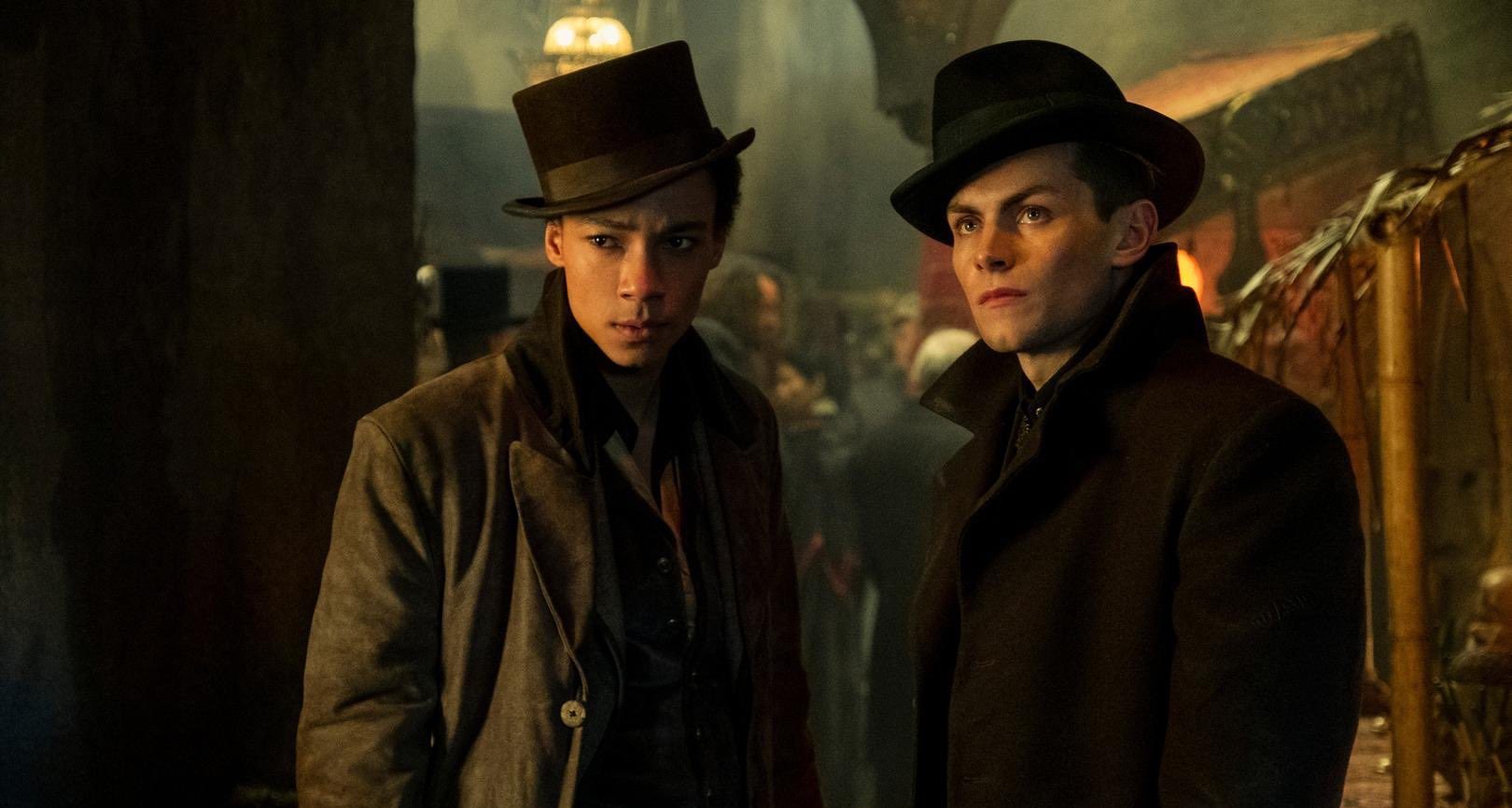 Netflix’s ‘Shadow and Bone’ has put a host of brilliant young upcoming actors in the spotlight. Kit Young is a British actor who won his laurels on stage before appearing on TV screens. Introduced to the world of acting as a child, Kit Young started his career in theatre before landing a few minor roles in short films and TV series. His talent did not go unnoticed as Netflix approached this young prodigy and offered him the role of Jesper Fahey in their fantasy drama series ‘Shadow and Bone.’ Naturally, fans are curious to know who this new and talented actor is. Here is everything we know about Kit Young!

Christopher William Young (Kit Young) was born October 24, 1994, in Oxford in Oxfordshire, England. Kit grew up in Abingdon-on-Thames alongside his two sisters, Hannah Young and Olivia Young. Coming from a loving family, Kit has a mixed ethnicity as his father is Scottish, while his mother has her roots in Uganda. Family has always been Kit’s priority, and his siblings hold a special place in his heart.

Kit is an alumnus of the Abingdon school from where he graduated in 2013. From his childhood, Kit had a knack for acting and even worked as a child actor on TV shows and plays. Kit also participated actively in his school’s production unit – Abingdon Film Unit – and in 2012, he was given a chance to perform the lead in the school’s production of ‘Candide.’

His forays into acting during his childhood made Kit realize where his true passion lay. Thus, after high school, Kit chose to pursue acting as his career and enrolled himself at the prestigious Royal Academy of Dramatic Arts in London, from where he graduated in 2017 with a Bachelor of Arts in Acting.

Kit was introduced to acting at a very young age. In 2008, he got to play the small role of Young Edward in the TV film ‘Walter’s War.’ While in school, Kit continued to hone his craft, and in 2013, he got the chance to essay the character of Jesus in ‘The Abingdon Passion Play.’ He started carving out a place for himself in London’s theatre community through his successful and breathtaking performances, such as Dorian Gray in ‘The Extraordinary Cabaret of Dorian Gray’ at London’s Underbelly festival in 2017 and Octavius in ‘Julius Caesar’ performed at the Bridge Theatre in 2018.

In 2018, Kit also got the chance to perform in world-famous theatres like the Donmar Warehouse and the Sam Wanamaker Playhouse when he performed in productions of ‘The Prime of Miss Jean Brodie’ and ‘Macbeth.’ The following year, Kit made his entry into the TV industry when he was offered the minor role of Chris in the British detective series ‘Endeavour.’ Since then, Kit has kept on crossing milestones with his brilliant performances.

For his portrayal of Lysander (above) in a 2019 production of ‘A Midsummer Night’s Dream,’ Kit earned an Ian Charleson Award nomination. Also starring ‘Game of Thrones’ fame Gwendoline Christie, the play was broadcasted on television by National Theatre Live. When Kit heard of Netflix’s ‘Shadow and Bone,’ he initially auditioned for the role of Malyen Oretsev but failed to make the cut. Refusing to give up, he came back for a second time and bagged the role of Jesper Fahey.

Is Kit Young Dating Anyone?

Kit likes to keep his private life away from prying eyes and does not reveal much about it. There have been no reports linking Kit to anyone in particular. Neither has the actor revealed anything about his relationship status. It seems that Kit Young is currently single and is directing all his time and effort towards mesmerizing his audience through his outstanding performances.