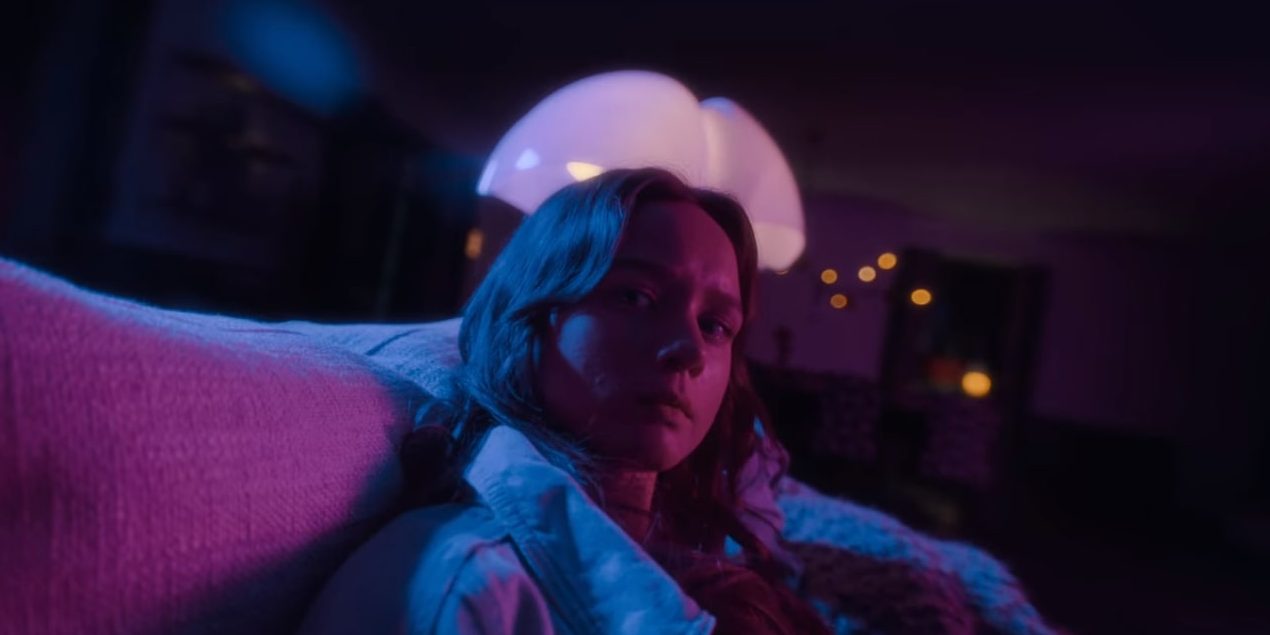 Revenge is not always sweet. German original female-led revenge thriller drama ‘Kitz’ is a fascinating show about a pawn who sets out to be a queen. The journey has a few bumps until the car topples down the cliff. The story begins with the depiction of the accidental death of Joseph, an ordinary small-town boy who struck up a relationship with elite socialite Vanessa.

One year after the incident, Joseph’s sister Lisi and his former boyfriend Hans chart the perfect plan to dismantle the Munich clique in Kitzbuhel. The drama is painted with a cerebral ambiance, the underlining class conflict is one worth noting, and the enthralling soundtrack may run shivers through your spine. Valerie Huber, Sofie Eifertinger, Bless Amada, and Felix Mayr play central roles in this riveting drama. If you seek to revisit the story’s final moments in greater detail, let us dissect the tale. SPOILERS AHEAD.

The intricate story untangles in Kitzbuhel, a small Alpine town in the Tyrolian Mountains. A prologue shows us Joseph driving home in the dead of night. While on the phone with Lisi, he sounds distressed, and his car veers off the course towards a cliff. A year later, Lisi Madlmeyer works at a local restaurant as a waitress. Among her friends are Antonia, who has lived in London, and Hans, a farmer boy whose family had a significant stake in the land before the arrival of the Munich people. On New Year’s Eve, she gets a catering gig at the year’s party hosted by elite libertine Vanessa. A year ago, Lisi got a scholarship to pursue studies in fashion from London’s Saint Martins College.

However, after Joseph’s tragic death, Lisi’s plans for higher studies did not materialize. Now, she lives to exact vengeance upon Vanessa, whom she holds responsible for her brother’s death. In the chalet, she meets Vanessa’s metrosexual boyfriend, Dominik. She has a hostile encounter with Vanessa’s proud friend Pippa but gets the limelight when she willingly drops a tray full of wine glasses on Vanessa’s expensive dress. By staging a robbery with Hans, she gets in the good books of Vanessa. In consequence, Lisi earns herself an invite for brunch the next day, where she discovers Pippa to be having an illicit affair with Ferdinand, Vanessa’s father.

Meanwhile, Dominik takes Lisi on a trip to the wine cellar. Vanessa catches him in the act of showering champagne over Lisi. Lisi gets an invite to Vanessa’s members-only spa session. At the spa, tensions arise when Kosh arrives uninvited. Kosh uploaded one of Vanessa’s pictures on social media several years ago, and Vanessa still holds Kosh responsible for the incident. However, the friends contain the heated situation with water-splashing shenanigans and promises of further hedonism. Pippa threatens Lisi that Vanessa’s best friend position is reserved, and Lisi should not waste time trying.

Lisi tries to intimidate Pippa regarding her secret affair with Ferdinand, but Pippa is nonchalant. They head to the lowly country club that night despite Pippa’s reservations. After a chance encounter between Kosh and Hans, Lisi encourages the party to play a game of truth and dare. After apologizing for the earlier conduct, Hans also joins the fun. When Lisi’s turn comes, Hans asks Lisi to show the last message she received on her phone. The notification happens to be a threat from Pippa that she would ruin Lisi’s life if the truth comes to light. Pippa gets cropped out of the picture with the episode, while Lisi takes Pippa’s role in Vanessa’s life.

Lisi also grows closer to Dominik. After a kiss at the country club, Dominik does not leave Lisi’s tail. However, things get complicated when Dominik’s attempts become too prying. Without informing her, Dominik visits Lisi’s familial ski shop and lends Lisi his Maserati following her car wreck. He also takes photos of a dress Lisi designed under her nose, only to send to his fashion designer mother. However, when Dominik comes around to tell Lisi that Regine will showcase the dress in her next event, Lisi strongly reprimands him. When Kosh suspects Lisi and Dominik’s liaison, Lisi frames Kosh with Vanessa’s family heirloom watch that Hans stole.

Vanessa wants to be an actress, but she is out of luck. After some anonymous morale boost, Lisi tells Vanessa to record an impromptu video clip and send it to a big-shot casting director. Vanessa is not sure about herself. But when Lisi tries to incite a reaction by blaming Vanessa and her class for the gentrification of Kitzbuhel, Vanessa rants about it. Lisi steals the phone and procures the video. While Hans urges her to publish the video, Lisi delays her developing feelings for Dominik. While the video is potentially scandalous, Vanessa sends a voice clip to Lisi thanking her. When she runs an errand to Dominik’s house, however, she catches Lisi and Dominik in the act of making love. With this impasse, the tensions reach a boiling point.

Kitz Season 1 Ending: Is Vanessa Dead or Alive? Is She Responsible for Joseph’s Death?

After giving it some thought, Lisi publishes the video. The video causes media outrage and potentially destroys Vanessa’s career. After the video goes public, Vanessa calls up Lisi to spill that she knows about Dominik’s illicit affair with Lisi. Lisi comes rushing to Vanessa’s chalet. Vanessa tells Lisi that she has deduced Lisi’s pivotal role in the puzzle. Vanessa also stresses that she loved Joseph. We realize that Vanessa is not as terrible a person as is apparent from the surface. She is pretty intelligent and can put two and two together. Vanessa also deduces that the burglary attempt was also planned by Lisi, while Kosh is late to catch on. Vanessa had an affair with Joseph while in a relationship with Dominik, and the triangle led to Joseph’s death. 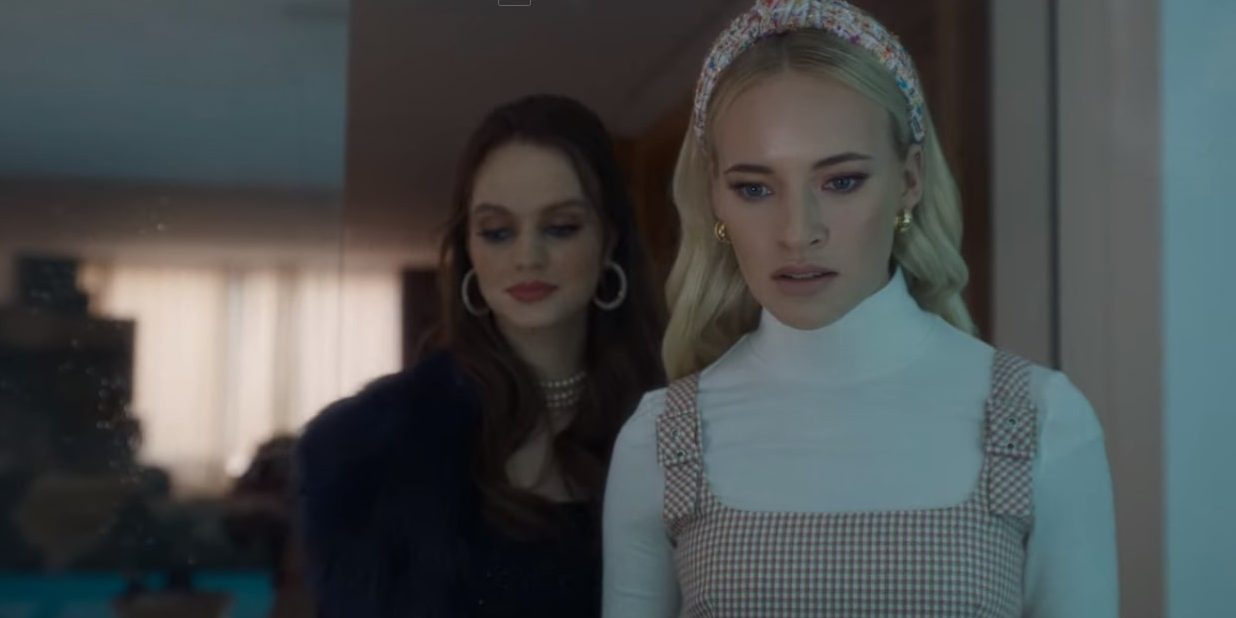 However, while they are in the middle of the conversation, the video causes enough outrage that village local Basto takes three other villagers to enact vandalism on Vanessa’s property. Basto throws a bottle of alcohol through the window, and it shatters near the fireplace. Alcohol spills all over the living room, and it does not take long for the house to catch fire. As the situation turns out of control, Vanessa and Lisi attempt to escape the house. Lisi looks for the staircase to the upper floor and rushes to the balcony. As she looks down the terrace, Dominik stands underneath, waiting to rescue her. However, Vanessa cannot make it to the balcony. When the fire brigade comes and pulls Vanessa out, it is seemingly too late. Vanessa dies, but more drama waits to unravel at her funeral.

From Patrizia, the sober sister of Vanessa, Lisi comes to know that Vanessa really loved Joseph. When Lisi asks Patrizia about possible abnormal events on the day of Joseph’s death, Patrizia cannot remember anything out of the ordinary, apart from Vanessa losing her phone for a while. As the season comes to a close, we realize that Vanessa did not have a role in Joseph’s death. Instead, it could be Dominik, who knows the combination of Vanessa’s phone. He could have sneaked the phone past Vanessa, and maybe he texted Joseph all the terrible slurs. The final shot takes us back to the fateful night. We see Dominik obstructing the path of Joseph’s car, holding a lantern. With the hair-raising cliffhanger, the story continues.

What Happens To Kosh? Do Kosh and Hans End Up Together?

Kosh comes off as one of the most endearing characters in the story. After losing his father, Kosh has inherited the luxury hotel at Kitzbuhel. While he fills his life’s void with unabashed hedonism, we sense that he desperately wants friends and a family. Fed up with his life in a hotel, Kosh looks for home through meaningful, trustworthy relationships. In the beginning, Kosh courts village boy Hank, who is in league with Lisi. The land where the chalet stands belonged to Hank’s family, and the parents sold it because they could not cultivate and maintain such a vast land. Now the land belongs to Kosh’s family. 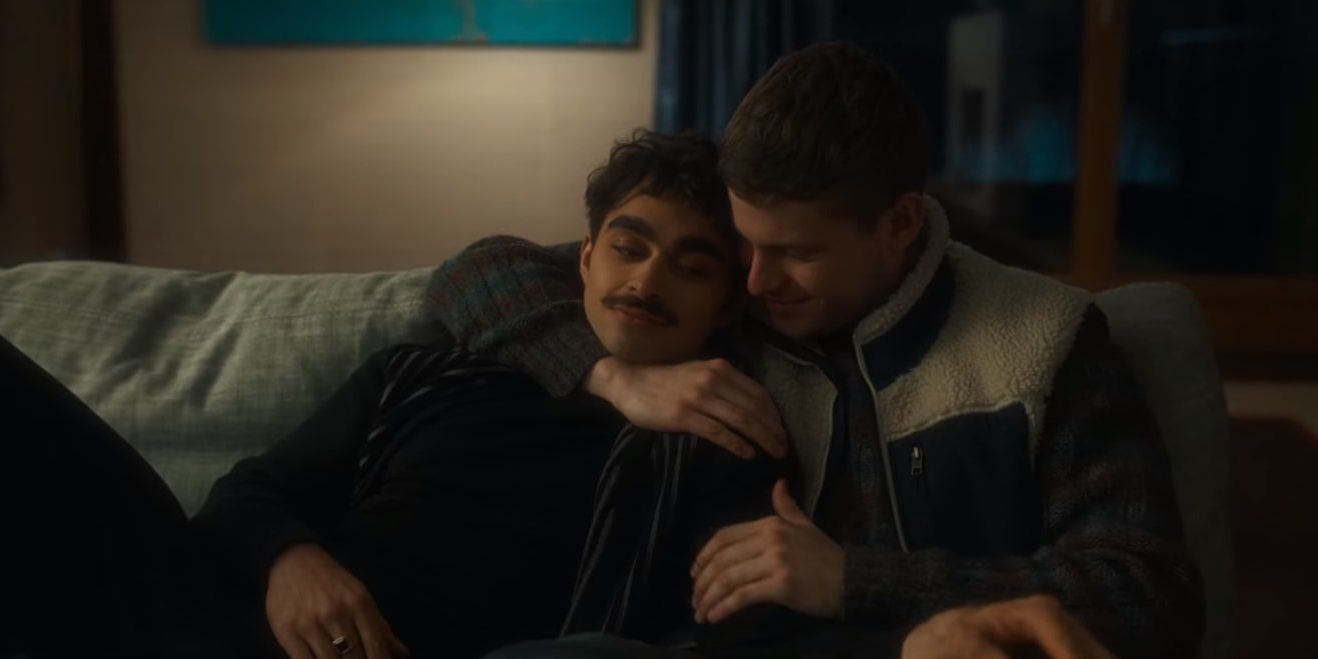 However, the two grow closer, their familial tensions notwithstanding. After the death of his former boyfriend Joseph, Hans also has a blank space in life, which he intends to fulfill with Kosh. Although Hank strikes up the relationship to materialize Lisi’s plan, he genuinely falls for Kosh in the end. As the fog on Vanessa’s death is lifted, Hans’ family also accepts Kosh. However, in hindsight, helping out Lisi would have a drastic repercussion for Kosh. Just before her death, Vanessa extracted a confession from Lisi about her involvement in making the video. Following Vanessa’s death, a shocked Lisi tarries to delete the recording. If it gets out, she will be complicit in the death.

Lisi is about to destroy the phone, but Dominik takes the phone to Vanessa’s family. Dominik remembers to delete Vanessa’s last messages to him from the phone. Lisi goes to Vanessa’s house to delete the recordings, but Kosh catches her in the act. After listening to the complete story from Lisi, he goes back to Vanessa’s parents’ bedroom to delete the recording. While Kosh does the deed to save Hank and the relationship, it seems that their affair may be doomed after all. The private snoop of Ferdinand catches Kosh in the act as he deletes the recording. At the end of the story, the police arrest Kosh for tampering with the evidence.