Koisuru Asteroid: Everything We Know 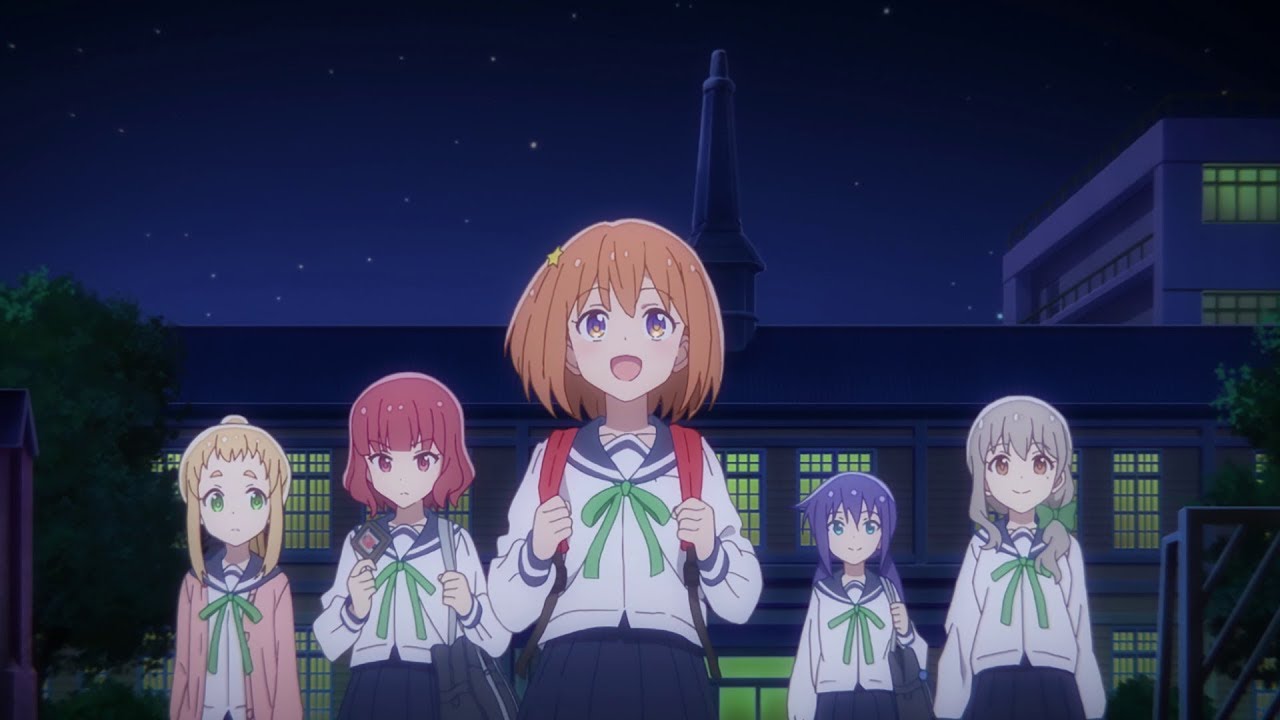 Compared to most other heavily marketed anime of the season, ‘Koisuru Asteroid’ is a lesser-known anime but is a fairly solid manga adaptation nonetheless. Not only does it follow a very intriguing storyline but it also has unique aesthetics that very well fit in with its “astronomic” themes.

When it comes to the characters of the show, there’s nothing distinctive about them and for the most part, even their dynamics will remind you of other similar slice-of-life anime shows. But what really adds to the overall enjoyment of the series is how it shares tidbits of information related to earth science and astronomy time and again.

Although it is still a “cute girls doing cute things” anime, ‘Koisuru Asteroid’ just feels more grounded and real because of its amazing production value. So if you’re still thinking of watching it, here is everything you need to know about its first season:

Animated by Doga Kobo, which is also known for its work in ‘Myself; Yourself’ and ‘How heavy are the dumbbells you lift?‘, ‘Koisuru Asteroid’ premiered on January 3, 2020 and since it has a total of 12 episodes in its first season, we can expect it to end by March 2020.

You can watch ‘Koisuru Asteroid’ on Crunchyroll with its original Japanese audio and English subtitles.

Years after this, Mira ends up joining Hoshizaki high school where she decides to join the Astrology Club to fulfill her promise. However, to her dismay, she soon learns that the school plans to merge the astronomy club with the geology club to form the earth club. She still half-heartedly joins the club. To her surprise, the very first day she visits it, she meets Ao there. What surprises her, even more, is the fact that Ao turns out to be a girl.

Mira Kinohata is the main character of the series who loves astronomy and on the very first day of her new school, she decides to join the astronomy club. She has shoulder-length brown hair, she is usually seen in her white and blue school uniform, and she ties up her hair with a star pin. She has bright purple eyes and can usually be seen with a big smile on her face. When it comes to her personality, she is cheerful almost all the time and easily makes new friends. She is also quite naive about the things around. Although she does know a little bit about astronomy, she really struggles with other subjects at school. Despite having little to no knowledge about asteroids, she becomes really obsessed with them.

When she first met Ao, Ao told her a lot of facts about Jupiter that completely blew her away. Ao then also showed her a book of stars that suggested that Mira’s name meant a variable star. After they meet at the astronomy club of their school, they set out to find a star that they can name after Ao.

Ao Manaka is another primary character of the series, who later ends up joining the astrology club of her school. She has long violet hair and bright blue eyes. Just like all the other characters of the series, she is usually seen in her school uniform. There was a time when Ao used to be quite talkative. But because of her poor vocabulary, she often became the laughing stock of her school and eventually decided to not talk at all. She does not talk much but is still extremely smart and also happens to know a lot about astronomy.