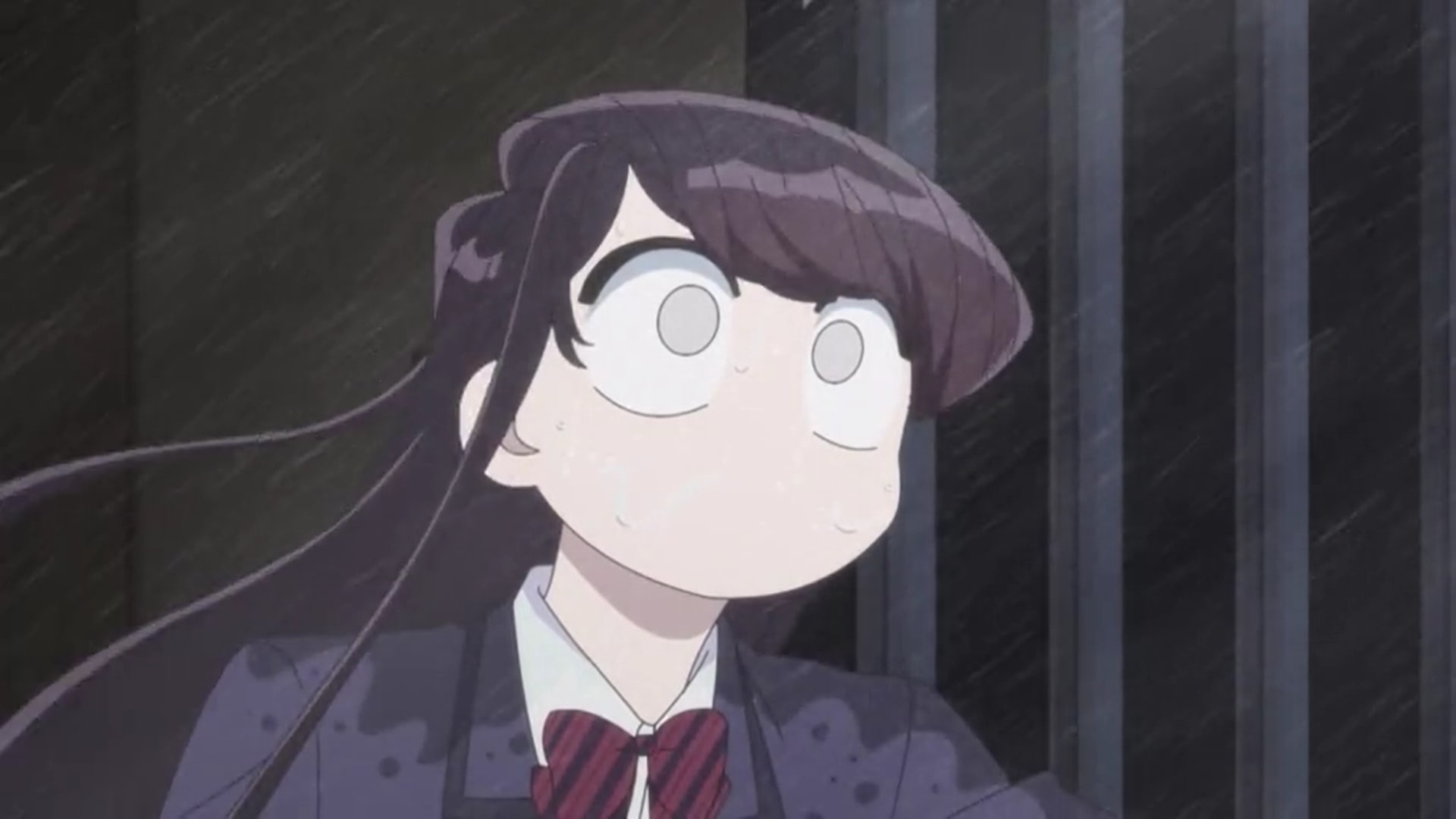 In ‘Komi Can’t Communicate’ season 2 episode 2, Komi and her friends couldn’t attend school in the morning because of a strong typhoon. Later, the students begin to speculate about their potential relationships with their female classmates. The conversation interests Tadano, who also gives passive attention to the discussion. Here’s everything you need to know about the ending of ‘Komi Can’t Communicate’ season 2 episode 2. SPOILERS AHEAD!

Komi storms off from her room — looking forward to yet another exciting day at school — only to stop at the house’s entrance door because of the rain. Shuuko, her mother, tells Komi that her teacher called and explained that a hurricane warning had been issued in the region and she should stay at home for now. Komi is understandably sad that she won’t be able to meet her friends. When a lightning strike frightens her, Shuuko decides to comfort Komi by letting her sleep on her lap. She has barely begun to feel better when her mother decides to check the electric fuse with Shousuke. 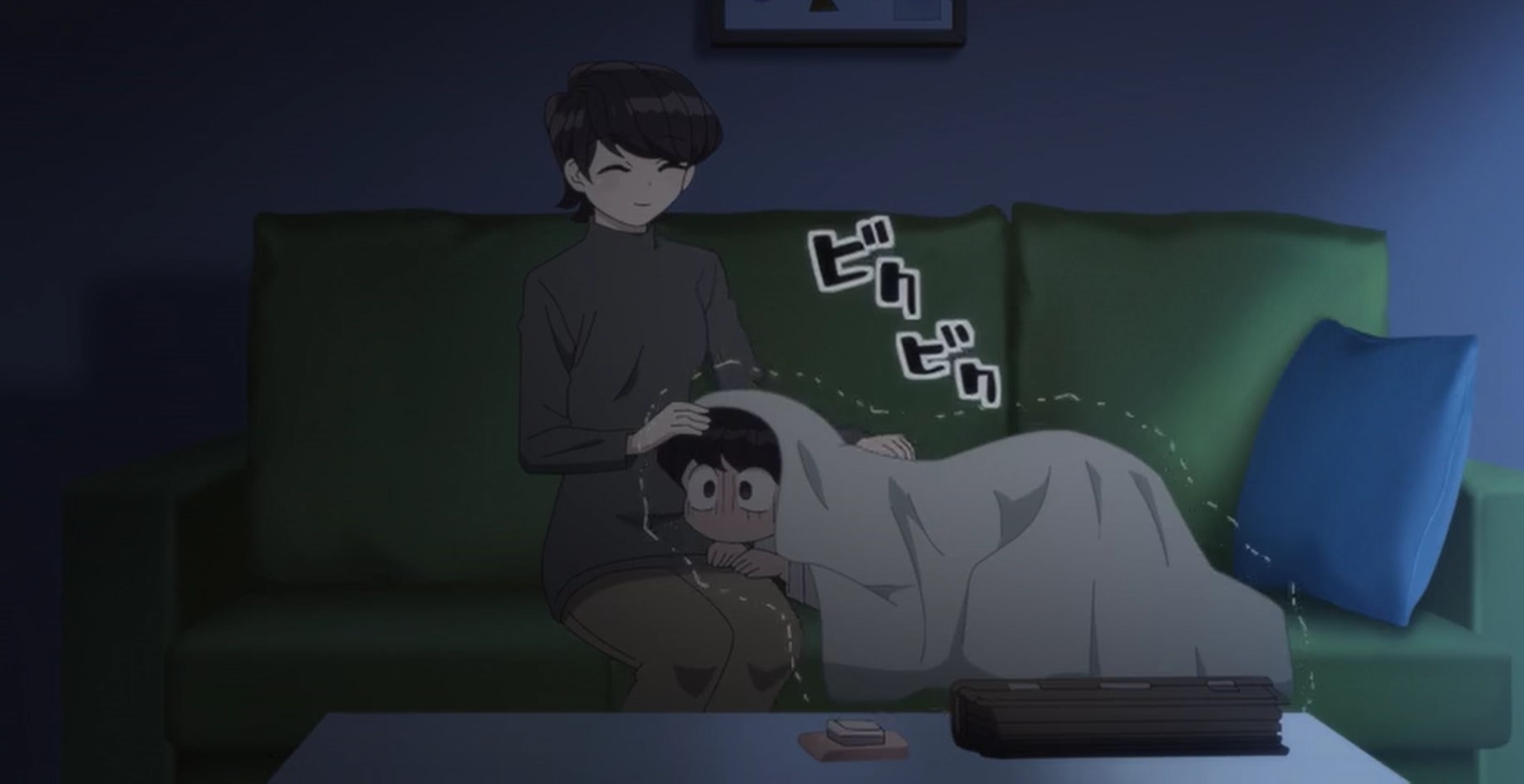 Luckily, Tadano calls at the right time to ensure that Komi is safe at home. He is glad to learn that she did not go out in the bad weather but is soon puzzled by the strange commotion from the other side. He figures out that Komi is probably uncomfortable because of the power outage, but once they talk for a bit, she begins to feel a lot better again.

Later, when the students return to school, Yamai plans a perverted attempt to see Komi’s panties by taking her to a nearby puddle. Luckily, all her desperate measures fail for one reason or the other. When the students are enamored by the beautiful sight of the rainbow, Yamai finally gives up and stands in awe of the natural beauty around her.

Tadano is sitting by himself in the class when he overhears some of the students discussing what the potential romantic affairs with their female classmates will actually be like. Most of their imaginations are unrealistic and grounded more in fantasy than reality. However, Tadano can’t help but be drawn by the conversation and starts imagining a romantic day with Komi. He visualizes them having dinner together, after which they help one another clean the dishes. However, Tadano feels embarrassed about his imagination when he comes to his senses. 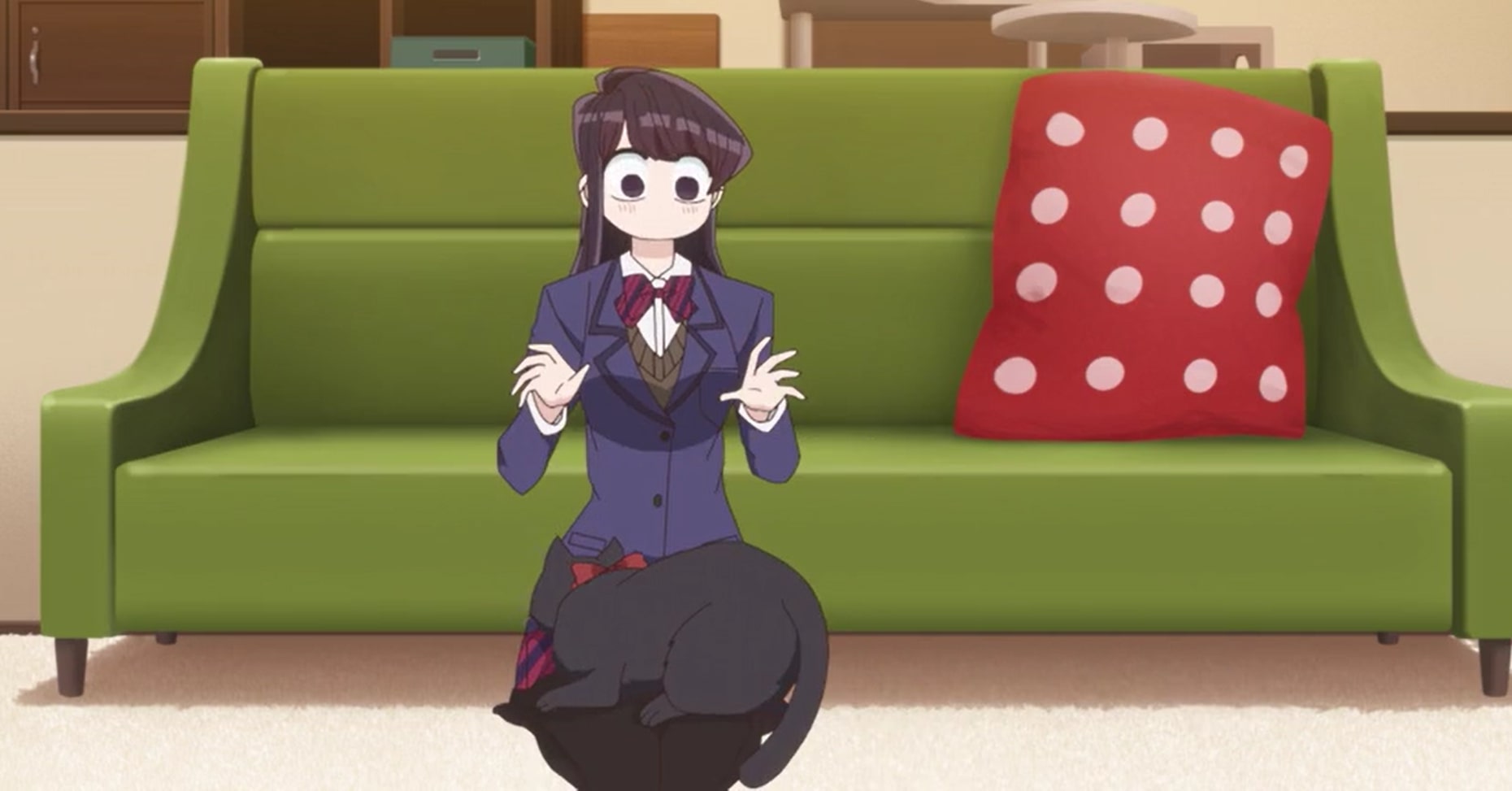 When Komi learns about a cat café from the news, she asks Najimi to accompany her there. However, they reveal that they are actually allergic to cats, while Tadano refuses to go as he will be busy doing some other work. Eventually, Onemine and Otori visit the cat café with Komi. While the other two do not have to struggle for the cats’ attention, Komi scares them away for some inexplicable reason. The struggles continue until a black cat who is known to avoid getting close to anyone comes and sits on Komi’s lap of her own accord. The following day at the school, Tadano’s classmates play the Love Game.

In the Love Game, students randomly say “I Love You” to one of their unassuming friends, hoping to draw a reaction from them. If they manage to embarrass them, then they win, while the other participant must maintain an emotionless face to deny the challenger a victory and stay in the game. Yamai uses this as a chance to make Komi say the three magical words. When she proposes, Komi maintains her poker face just as Yamai has expected. As Komi persists for a long enough time, Yamai asks her to try saying “I love you” to her now.

However, they are interrupted by Najimi, who, in the guise of small talk, suddenly proposes to Komi. But like Yamai, they fail to get any reaction from her as well. Realizing that nothing is working for her, Najimi asks Tadano to say “I love you, Komi.” While he is initially reluctant, Tadano agrees to propose, only to get interrupted. Komi uses this as an opportunity and storms off the room immediately to relax. She was about to react emotionally but was saved by the unexpected interruption. However, Komi realizes that she would love to hear Tadano propose to her someday. Therefore, the protagonist does not lose the love game despite the persistent attempts by Najimi and Yamai.