Out of all the many characters I’ve seen in cinema, I find myself relating most personally to those lonely, unsung, near-isolated souls, maybe because I see in them reflections of my own personality that I am afraid to explore. I’m referring to those reclusive types, who face the public in one way and themselves in another; people who fail to subject their impulses and feelings to moralistic behavior, for reasons they find difficult to explain. A good number of them fantasize, live life like it is a dream, and do not try to make much sense of it all (hopefully, I haven’t narrowed it down too much). The majority of Polish film director Krzysztof Kieslowski’s cinema surrounds such characters.

The thing about his characterization that distinguishes his directorial vision is his raw, unsoiled presentation of emotions. Kieslowski’s filmography might very well be labelled as his search for identity, perhaps the identity he thought he lacked himself (something he had mentioned in several interviews). In this article, I’d like to conduct an analysis of his films, and try to find patterns in his cinema that defined both his vision and style as a filmmaker. 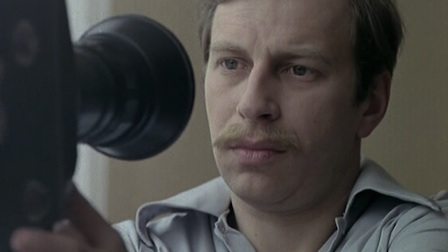 Camera Buff is a film about a filmmaker. Though I wouldn’t call it autobiographical in any way, elements of what Kieslowski himself considers of cinema is present in the works of the movie’s protagonist. The structuring of this picture is interesting, because though there is a solid story with three identifiable acts, the way it is all gone about is quite loose and seemingly unprofessional. Having to do with a man who buys an 8mm film camera around the time of his son’s birth in order to capture the events surrounding the glorious happening, Camera Buff details how his status in society grows along with his passion for creating art, all of which ultimately leads to trouble, both at home and outside. Personally, I’m not a big fan of the translated title of this film.

I feel the Polish original, Amator, is more fitting and descriptive of this fine piece of cinema, about confusions arising from obsession. The ending of this picture is what makes it better than what it was up until then. It’s a simple scene, and without spoiling it, I will say that Filip, the filmmaker, slowly realizes what he’s been missing in his cinema, what caused all the hullabaloo to occur in his life, and the real reason he bought the camera in the first place. Touching like few pictures are, Camera Buff knows well how to pass on its themes in subtlety, and there’s something I find awfully beautiful about that. 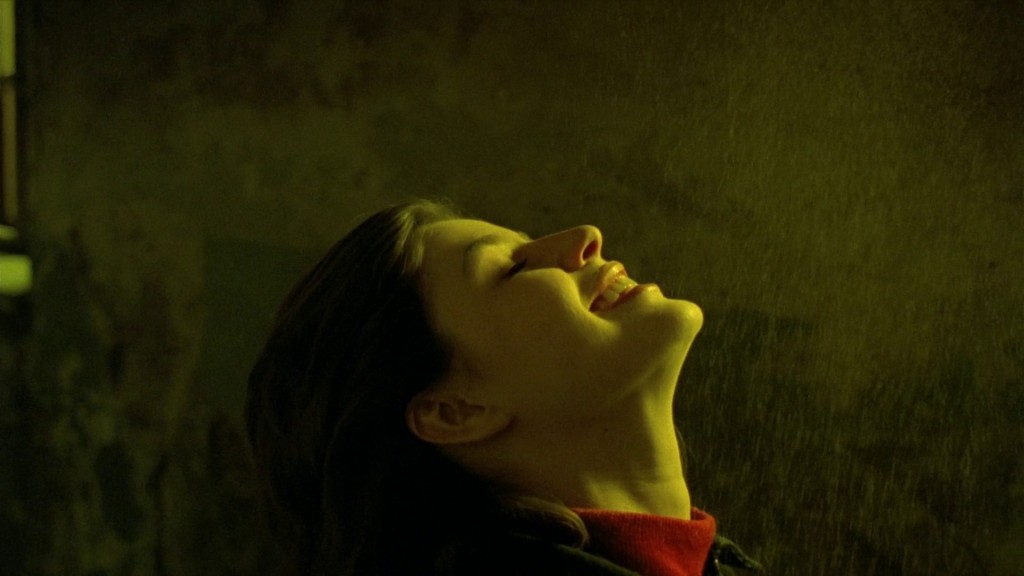 There’s a sort of storytelling strategy, in the form of both a basic idea and a thread, that stays prevalent in the majority of Kieslowski’s pictures. In The Double Life of Veronique, it is the fantastical and near-complex experimentation with a story involving two women embodying the same person (in ways unlike what one would come to expect straight off of films like Bergman’s Persona or Altman’s 3 Women) that backdrops the picture. What we’re given is a strikingly emotional film, thoroughly heartfelt, and effortlessly magical. Veronique and Weronika are identical in almost every way, from appearance to emotional conveyance, but they live miles apart. A strange, unexplainable sense of connection between the two women bring them closer to each other, through people, through places, and through feelings.

I don’t think the film has a conclusion or a solid “answer-all” type of ending, rather it is one that highlights the mystery of the human mind, the location from where pretty much all the problems that swayed Kieslowski’s characters came from. Colored in beautiful greens and yellows, the film itself feels dreamlike and akin to a fantasy. Despite elements of this film being surreal in nature, the way Kieslowski grounds them in reality makes it all appear natural, like every event is supposed to happen the way it does. I guess this aspect opens up the more dramatic bits of the film, which is a work of art only someone like the Polish genius could’ve created. 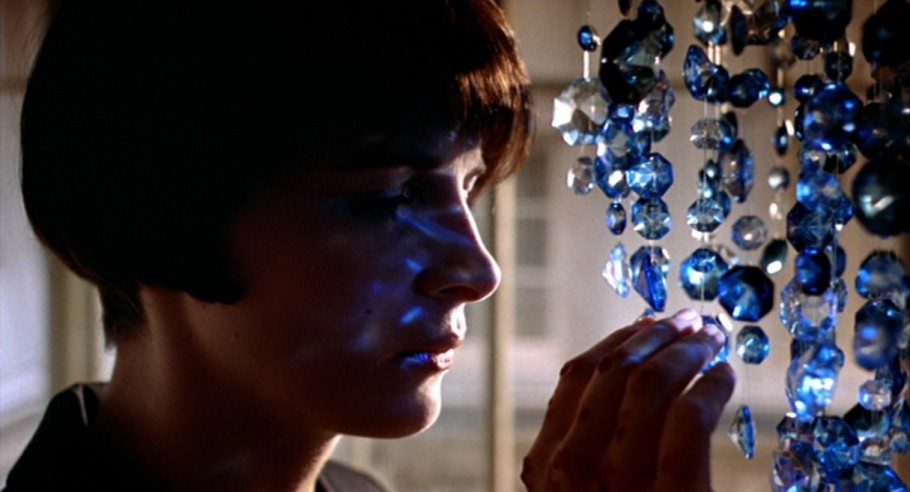 Three Colors: Blue is the saddest film I’ve ever seen. It follows a woman in the aftermath of her husband’s and child’s passing in a car accident, an event that leaves her devastated and broken. She seeks to find peace by subjecting herself to utter seclusion, hiding away in ways that would warrant herself a new identity. The message that this film conveys, its ultimate “moral”, is a value that’s been right under Julie’s (the protagonist) nose, only her emotional state wouldn’t allow her to see it. The color blue is used to paint the gloominess of the film, and it is at times cruel to the lonely woman, appearing all of a sudden and tinting the atmosphere around her, while opera music soars in high volumes, terrifying her, and from the perspective of the audience, crushing her already small world of thought.

The film highlights the helplessness we feel as humans when we’re made to face an unexpected situation: how we react to it initially and how we finally come to a compromise. Since there is little explanation or direct referencing of actions by the characters in this film, we identify better with the lead, because her state of mind is open to interpretation. She calls up an old friend in the heat of the matter and makes love to him, an impulsive action she has no redeeming points regarding when she thinks of it later, but can’t blame herself for doing. Moments like this ultimately make Blue a film about love: the love that makes us do things we can’t quite comprehend, but we do it anyway, and before we know it, it’s done. 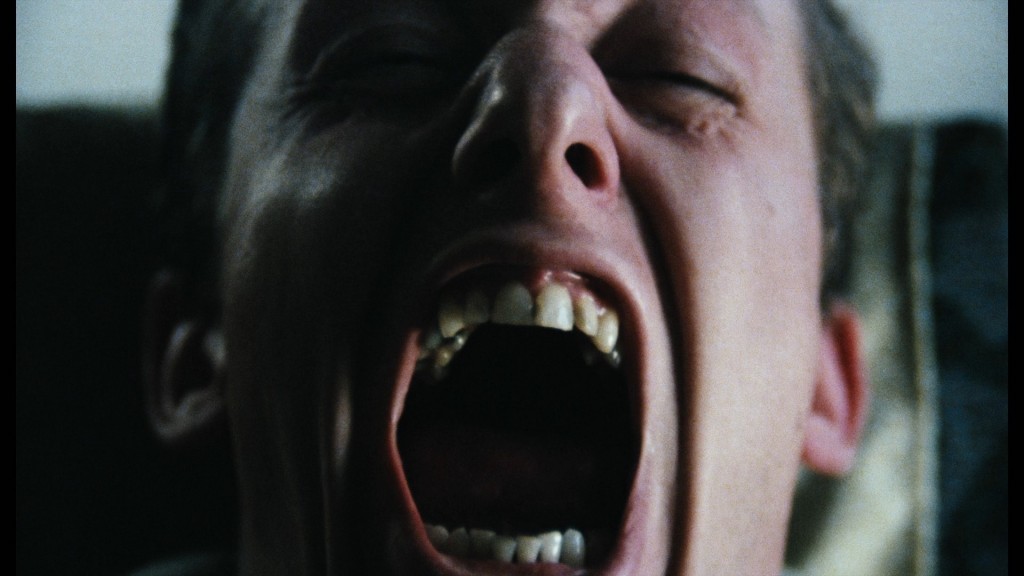 Blind Chance is a poem of a film, using a strategy, the kind of which I talked about earlier in my description of The Double Life of Veronique. Here, it is the act of reliving an event more than once that creates the philosophical outline of the story. Witek is the protagonist, a young man whose earlier life is recalled in bits and pieces to cover a rough introduction of the events that occurred during the time and to understand his basic thoughts and beliefs. The main portion of the film takes place at a train station, and it is divided into three different storylines, all of which have the same beginning. The three scenarios start off as Witek runs behind a train he is late for. In each, there is a different outcome concerning his relation to his surroundings, all of which have different impacts upon his life.

The film presents a thought and then builds upon it, and though I consider Blind Chance to be one of Kieslowski’s lacking efforts, it nevertheless has a lot to offer, concerning the filmmaker’s ideology and style. A good way to describe Kieslowski’s filmography is as unsurety in the midst of surety, and that’s something he takes to the edge here. The film loses its ground on reality and becomes a little confused and distant by the end, but the journey up until then is worth it all. 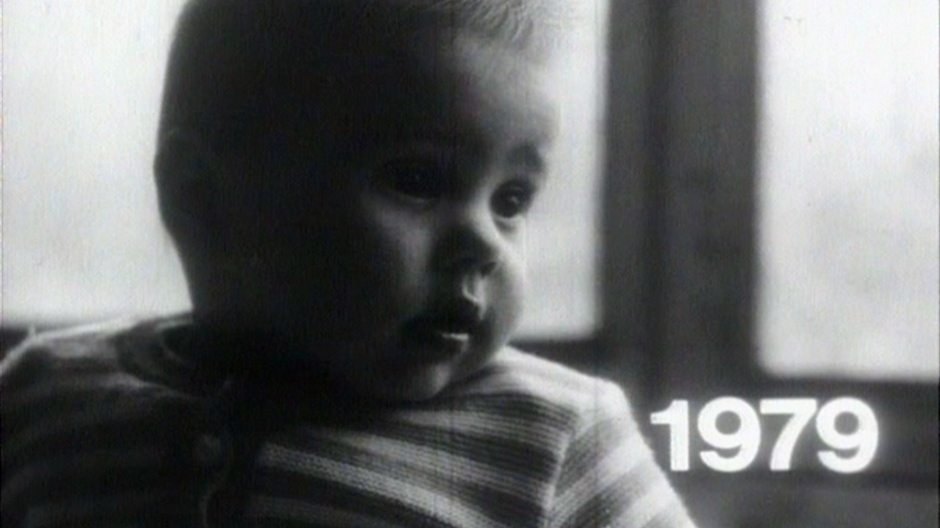 Before receiving international acclaim and being revered as a director of think-pieces and philosophical feature films, Kieslowski was a documentary filmmaker, making shorts that focused on the everyman. Among them was his 1980 effort Talking Heads, which, in my opinion, is the greatest documentary short ever made. The base of this film is a questionnaire made up of two questions: ‘who are you?’ and ‘what do you want (in life)?’. They are asked to different people of different age groups, ranging from a baby a couple months old all the way to a hundred year old woman. The film is a look at how people’s desires and opinions of themselves change as they grow older. How their understanding of humanity makes them wish for different things, how their thoughts become deeper and more refined, how they meld into society, the documentary takes upon itself for covering. Talking Heads is a life affirming piece of film because the honest and well-put answers of many of the interviewees tell us a lot about the time period, about life, and about, well, that thing we all fear that comes at the end of our lives. Thankfully, this picture is more hopeful than it is saddening, and it can put a smile upon the faces of anyone who sees it, all the while making them think, which I feel is by far the most important thing that this short succeeds in doing. 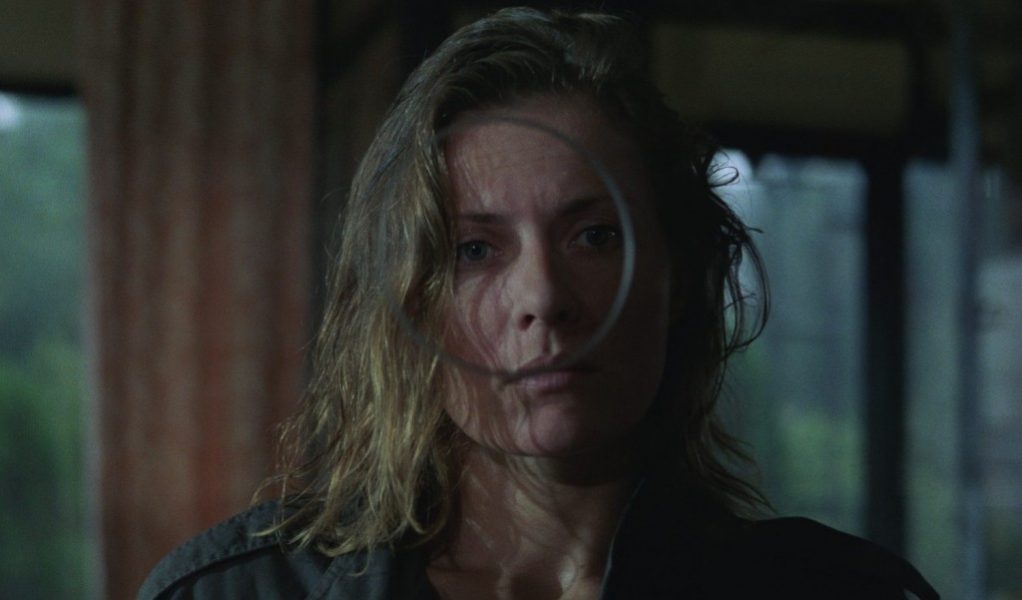 Dekalog, in my opinion, is Kieslowski’s greatest achievement as a filmmaker. It is a miniseries consisting of ten episodes, each of which has a theme based on one of the ten commandments. The main grounding of all the films is this apartment building, filled with lower to middle class residents, a couple of whom we follow as they go about their lives. This is a showcase of Kieslowski’s wide ranging talents, his skills in economic management, character writing, story structure, and focused direction that made him the visionary he is remembered as today. The episodes of Dekalog had characters dealing with problems of the mind, brought on by their emotions or feelings, as opposed to issues of public interest like hunger and poverty.

One of the many reasons I admire the director very much is because of how well he understood the characters he penned on paper, and how beautifully he got his actors and actresses to play the roles he had in mind for them. The way he captured desires, be it relating to success, hope, or attraction, while also cinematically emoting feelings of despair, anger, and confusion is just astounding to me. The miniseries was praised for its colorful set of characters, all different from each other for the most part, but sharing a common couple of attributes that allow them to function as naturalistic, relatable human beings, highlighting the filmmaker’s critical and understanding observation of the world and its constituents. The battles fought by these characters are mostly internal, and are expressed on celluloid with the littlest collection of words. In Dekalog I, Krzysztof is a man who is forced to face a situation that obliterates his ideologies on existence and religion, while in Dekalog III, Ewa is a lonely soul, unwilling to share her miseries out loud, but nevertheless looking for a shoulder to cry on, someone to find comfort in, on Christmas Eve.

With characters who are bitingly reclusive and themes that are deeply personal, the stories of Kieslowski’s films complete the circle with their intimacy and sentiment. Dekalog II tells a tale about human confusion, and the main player is a woman who is unsure of the level of concern she has for different people, or whether there is a level that determines such concern even. Here, her state is a very embarrassing one, which makes her world that much more eerie and unnerving. Kieslowski’s main themes of interest have always related in one way or another to love, loss, loneliness, infedility, desire, unsurety, and politics. The films of Dekalog have their genres ranging from dramas to thrillers to comedies, and all of them find this comfortable balance to shelter in. The people of Kieslowski’s films and their response to the stimuli around them is what made pushed to make his films interesting. Almost all of them were rich character studies, and almost all of them got you thinking. I think it’s safe to say that this filmmaker understood people like no other, and sought to, during his entire life, know them better. Probably because – like he said in an interview post release of The Three Colors Trilogy – he wanted to figure out who he really was, and he had no other way to do so than indulge in the greatest art form discovered by man. Oh, and how well he has contributed to it!