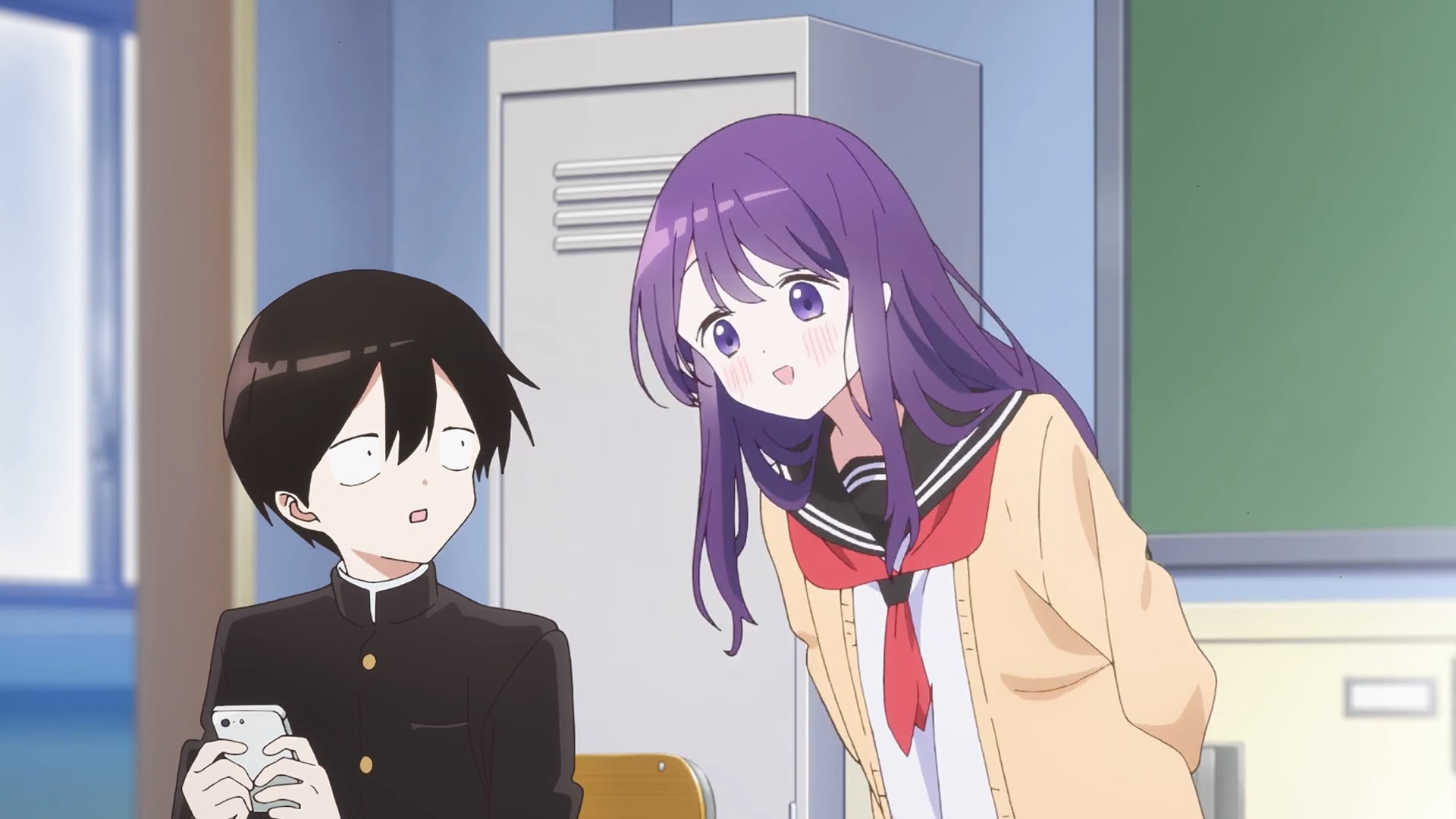 In the first episode of ‘Kubo Won’t Let Me Be Invisible‘ titled ‘Heroine and Background Character,’ the show introduces viewers to the eccentric Junta Shiraishi who despite his deep desire to live fulfilling adolescence is forced to remain aloof because of his characteristic lack of presence. Fortunately, that changes because of his classmate Nagisa Kubo who continues to approach him for varied reasons. As the duo gets to know each other, it becomes evident that Junta does not have to worry about being unnoticed thanks to his new friend. Kubo on the other hand appears to care about Junta way more than he has been able to grasp as of now. Here’s everything you need to know about the ending of ‘Kubo Won’t Let Me Be Invisible’ episode 1. SPOILERS AHEAD!

Junta Shiraishi has always wanted to live a fulfilling adolescence but hasn’t been able to do it because of the fact that people his age barely notice his existence. It has come to a point that there is a rumor that those who are able to spot him have good fortune for the day. Observing all such things has forced Junta to make peace with a quiet and isolated life, where he gets satisfaction from reading his favorite manga and novels. But all of this changes when Nagisa Kubo enters his life. Unlike Junta’s classmates who fail to notice him, Kubo always approaches him and makes sure that he does not feel unwanted or alone. 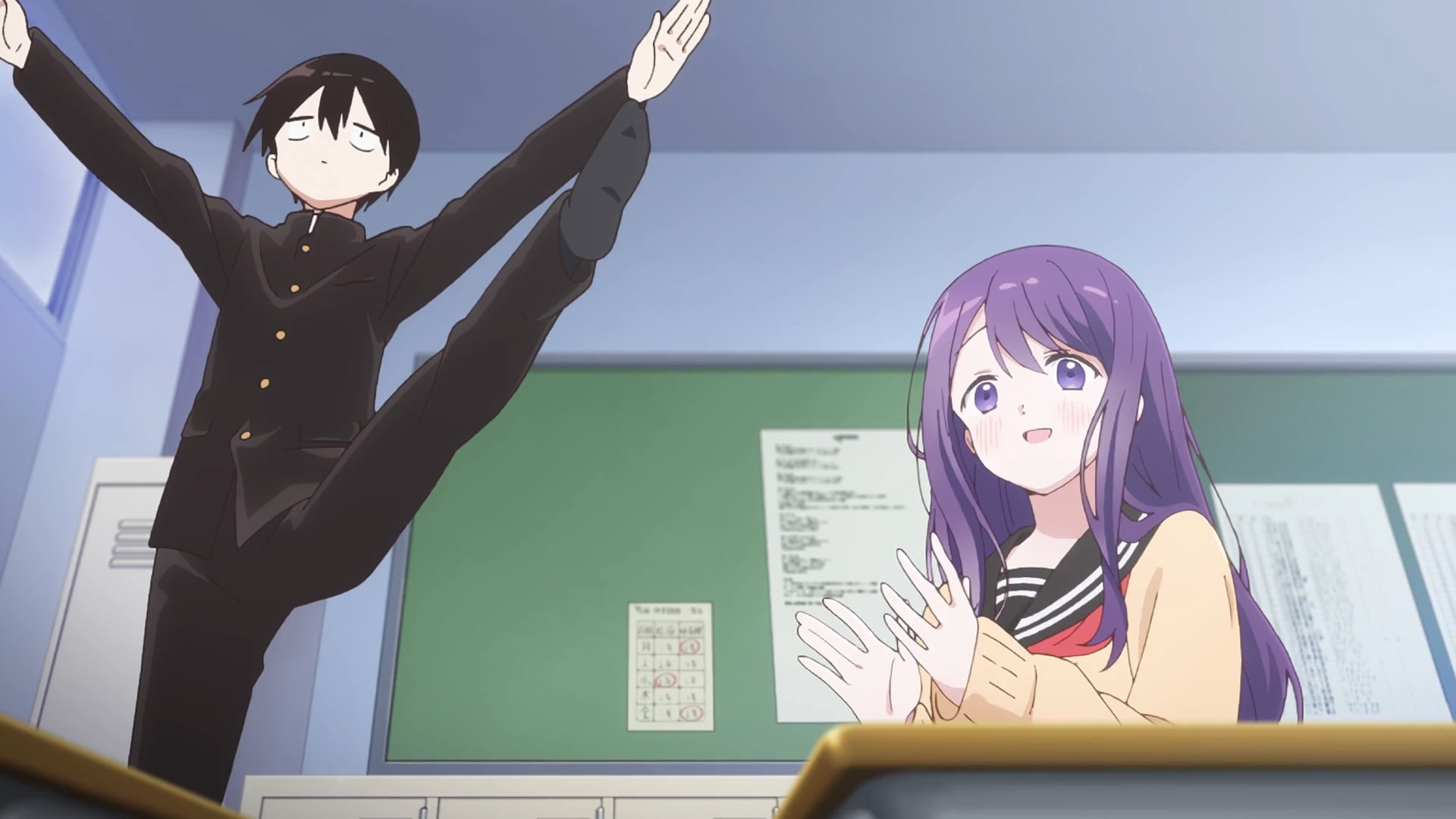 Despite being a popular girl in class with a good academic record, she does not see Junta like others. One morning in class, she challenges him to stand on the seat arguing that no one will notice him. Unfortunately, this turns out to be untrue as the teacher immediately realizes what Junta is up to without even turning his face to the class. While this upsets him a little, Kubo feels that it was really a fun moment. The following day, Kubo approaches Junta seemingly angry about something.

She soon reveals that she is upset because of the fact that Junta ignored him that morning when she said hi to him in front of her friends. In order to punish him, she sits on his lap which shocks Junta. She later tries to exchange Pine contact with him but he runs away when her friends approach her. However, they accidentally meet each other in the park that evening. Thats’ when Kubo takes a very close selfie with him pushing Junta out of his comfort zone. After that, she finally takes his contact details and starts texting him as soon as she gets home.

Kubo Won’t Let Me Be Invisible Episode 1 Ending: Does Kubo Like Junta? Who is Her Sister?

In the first episode, there is a moment when Kubo sits on Junta’s lap. As soon as Junta finds the opportunity, he runs away and sits on the floor just outside the classroom. There he asks himself why is Kubo using him for her games. In fact, he feels that she is probably just toying with him. Kubo somehow manages to listen to the question and tells him that it won’t be fun if he tells him directly. 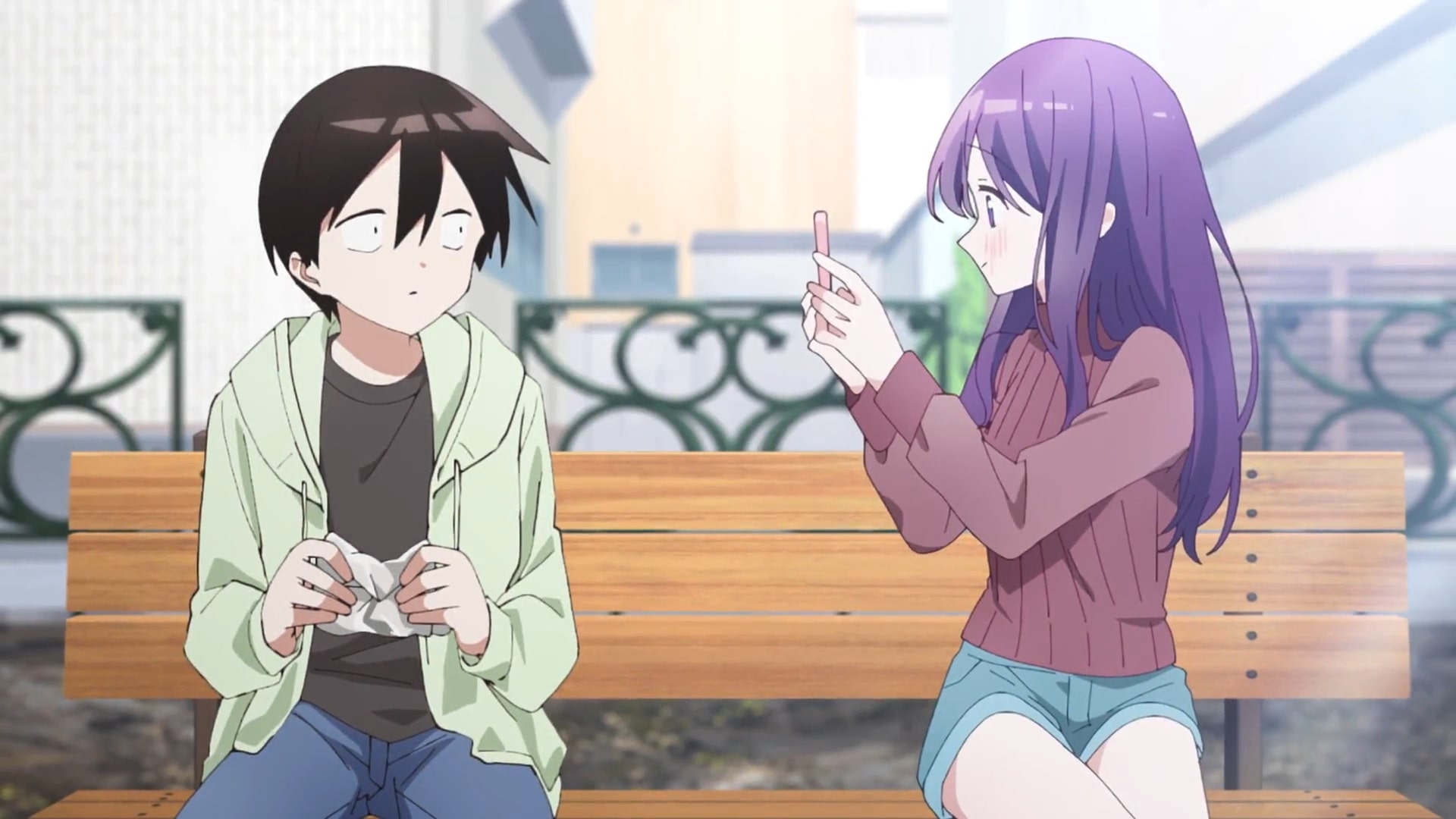 This moment can be interpreted in countless ways and one of those implications is that Kubo probably likes Junta. While the scene itself is not enough to come to this conclusion when we look at other moments the duo shares over the course of two-three days, it’s hard to argue against it. As mentioned earlier, Kubo was seriously bothered by the fact that Junta did not say hi to him one morning when she was with her friends. She seems to genuinely care about such small gestures.

Furthermore, when they meet in the park accidentally she makes sure that they exchange Pines contact details with each other. While looking at the close selfie they took there, Kubo’s face is red and she appears to barely hide her excitement. As soon as she is home, she makes sure that she asks Junta to hang out with her again. As she is walking to the bathroom with her phone in her hand, she walks past her older sister Akina, who also notices that she seems too happy today. 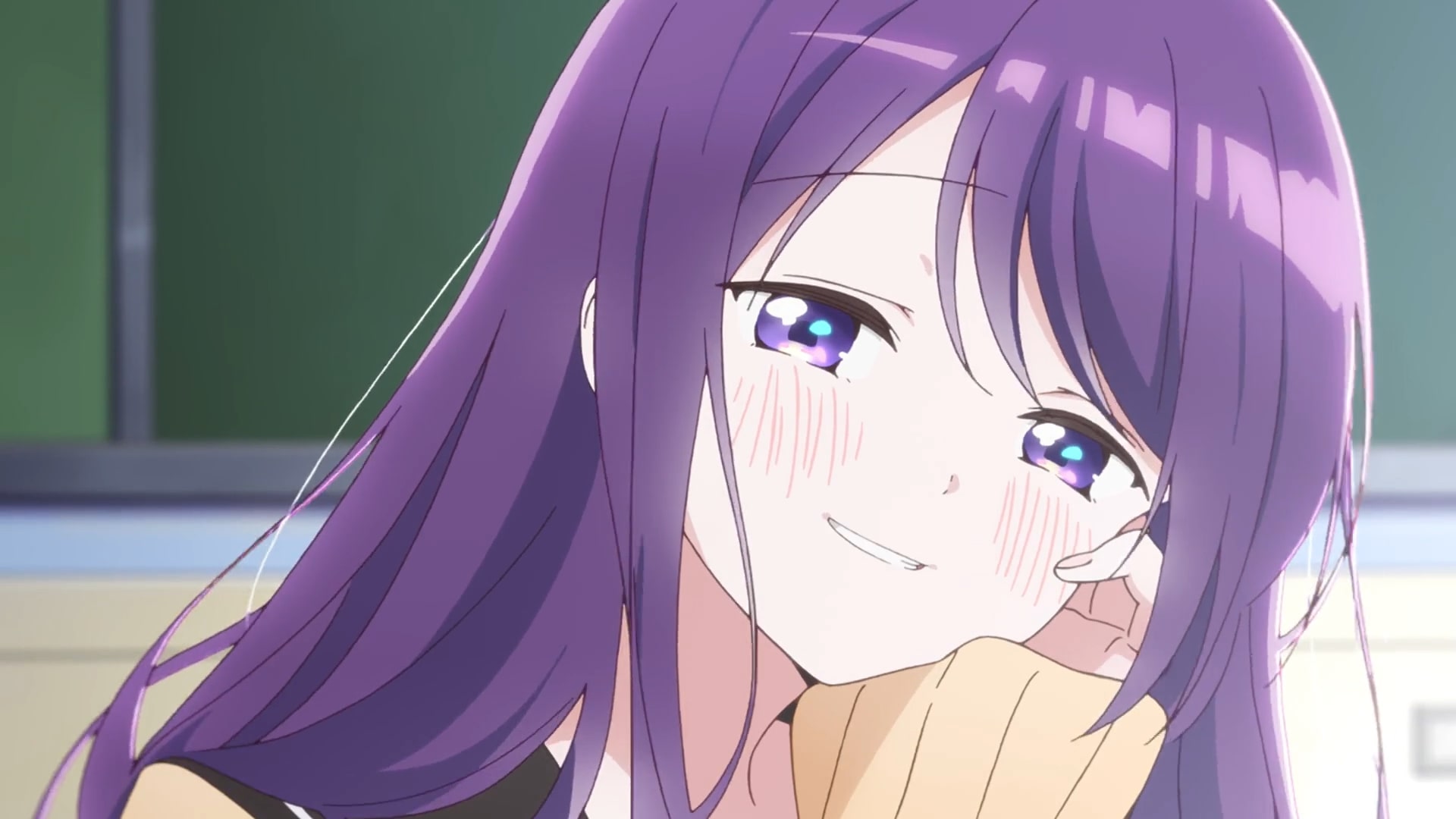 While she chooses to not pull her lag, it is soon revealed that the reason for the reserved and shy smile on her face is Junta’s reply to her message in which he had agreed to spend more time with her. All of these events when observed together, do point to the possibility that Kubo probably likes Junta. The upcoming episode will shed more light on the nature of the relationship the duo has formed with one another and provide concrete answers to the viewers’ questions.

Read More: Is Kubo Won’t Let Me Be Invisible on Netflix, Hulu, Crunchyroll, or Funimation?