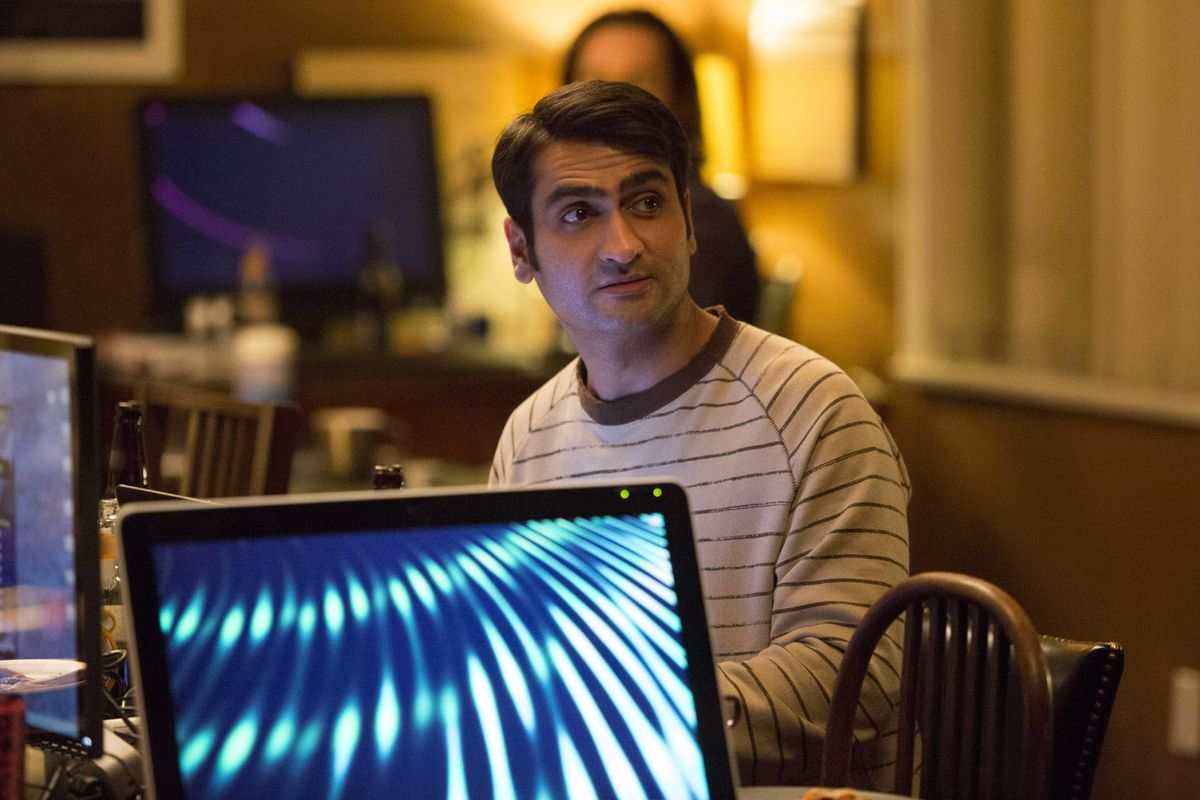 Kumail Nanjiani is in talks to join Marvel Studios’ ‘The Eternals.’ According to THR, the comedian is in negotiations to star alongside Angelina Jolie in Marvel’s flagship movies for the coming season. ‘The Eternals’ is one of the two features that Marvel puts high stakes this year.

The movie is directed by Chloe Zhao, based on the ’70s comic book series by Jack Kirby. ‘The Eternals,’ which is in the casting stage now, caught headlines when Angelina Jolie entered negotiations to play the lead past week. The plot revolves around a race of semi-immortal and super-beings known as ‘the Eternals.’ The race has an on-and-off brotherhood-turned-rivalry with a fellow race, ‘the Deviants.’

Marvel has signed on the scribed Matthew and Ryan Firpo, as screenwriters. The studio ends phase 3 of the Marvel Cinematic Universe with the upcoming ‘Avengers: Endgame.’ ‘The Eternals’ is considered as the main vehicle for Marvel in Phase 4 of the MCU. The project will start rolling from this year with a speculative release date on somewhere in 2020.

Nanjiani comes to the MCU after garnering an Oscar nomination for the movie ‘The Big Sick,’ along with his wife, Emily V. Gordon. He has also signed in to play the lead role in ‘Valparaiso Pictures’ ‘No Glory.’ The movie is touted as a spy comedy, which is bankrolled by Adam McKay and Will Ferrell.

Nanjiani’s next major project getting ready for release is Columbia Pictures’ ‘Men in Black: International.’ Universal Pictures’ ‘The Voyage of Doctor Dolittle,’ which has Nanjiani plays an important role alongside Robert Downey Jr. ‘The Voyage of Doctor Dolittle is a cinematic adaptation of the children’s books about a medical professional who can talk with animals. The movie is lined up for a January 17, 2020 release.

The actor will also appear as Dinesh Chugtai in the sixth season of HBO’s ‘Silicon Valley,’ in this summer season. He also joins hands with Dave Bautista in the upcoming action-comedy, ‘Stuber.’ The project, which has already created quite a buzz, will release on July 2019. Nanjiani, who is known for his comedic portrayals of men in distress, changes his gear with ‘The Twilight Zone’ revival ‘The Comedian.’ The episode features him in more dramatic realm with some twists and turns.

On the other hand, Marvel’s decision to hire the celebrated indie filmmaker Chloé Zhao’s was a surprise for many. But, the Chinese filmmaker’s association with Marvel is quite obvious as the studio is in search of new helmers for its MCU phase 4. Moreover, the decision comes as a part of a wave to achieve gender equality at every level of show business in Hollywood. Zhao is popular for her indie hit ‘The Rider.’

While Angelina Jolie becomes the first A-lister to sign on ‘The Eternals’, Marvel is yet to come up with an official statement about Kumail Nanjiani’s casting. ‘The Eternals’ will be a radical shift for Nanjiani from everything he worked so far. The movie is a great opportunity for the Pakistani-American actor to fix his slot in Marvel’s Cinematic Universe. Moreover, Nanjiani’s casting provides a positive edge for the studio because the movie has been welcomed as gestures of inclusivity for the MCU.