Kyle Christie From The Challenge: Everything We Know 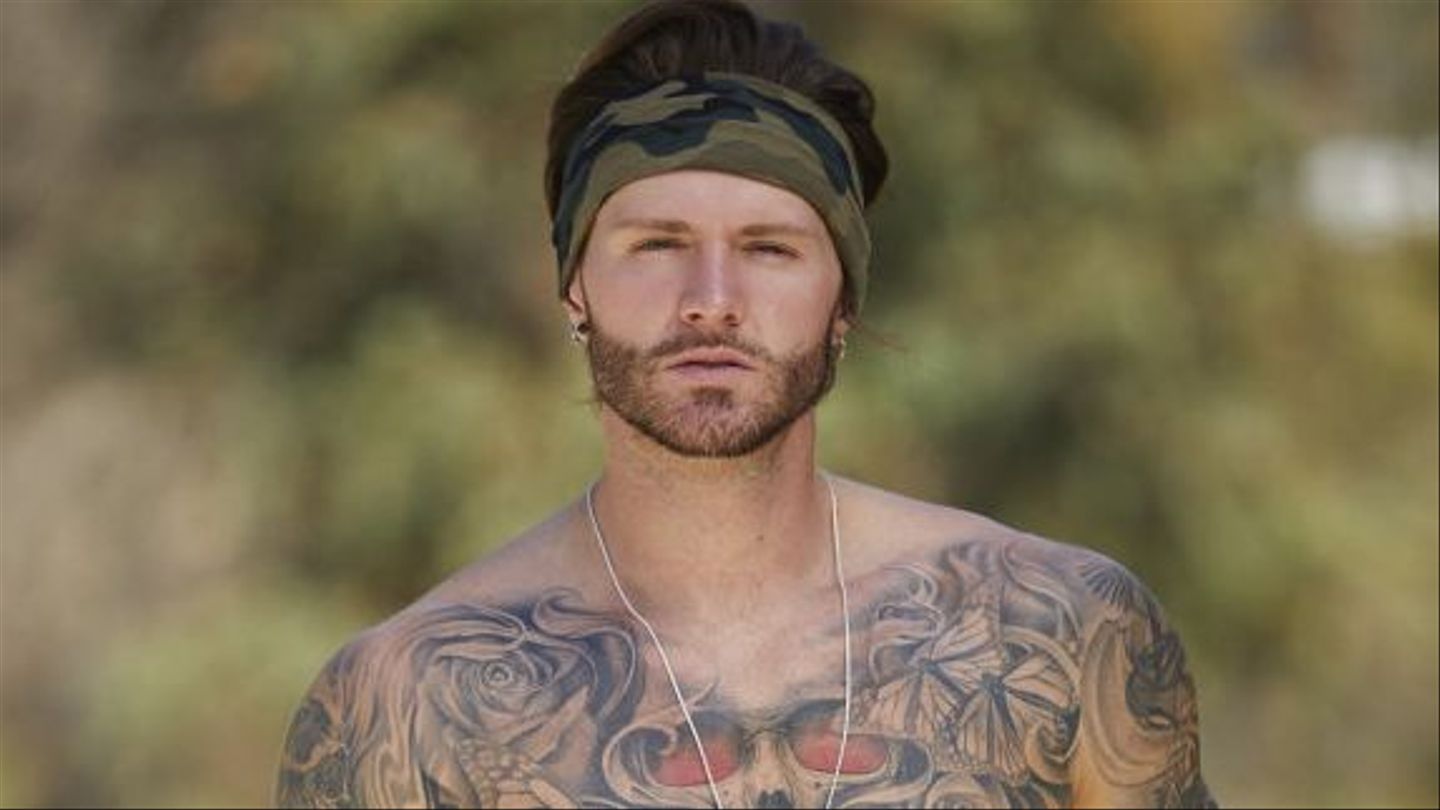 ‘The Challenge’ is a reality game television series that has been running successfully for years now but with a different format, subtitle, and theme each season. Kyle Christie has become one of the veterans who has failed to impress the viewers despite his athletic built due to his average physical prowess. Yet his scandalous hookups and entertaining persona have made him a staple of ‘The Challenge’ franchise.

Kyle’s year-after-year return to the series has been ensured by his sassy social intelligence and presence of mind. This got established as a fact during his time on MTV’s 36th season, ‘Double Agents,’ and his loyal fanbase has felt increasingly intrigued to know more about the star. We scoured the internet to discover every teeny tiny detail about him, and here’s what we found!

Kyle Christie was born on June 21, 1992, at South Shields, England. After he left his debut show ‘Geordie Shore’ in 2016, he underwent multiple surgeries to alter his features, including getting a hair and beard transplant. Kyle gained quite a reputation after he got a secret nose job done. The television personality is a globe-trotter and has been to exotic countries like the Czech Republic, Spain, Egypt, to name a few. 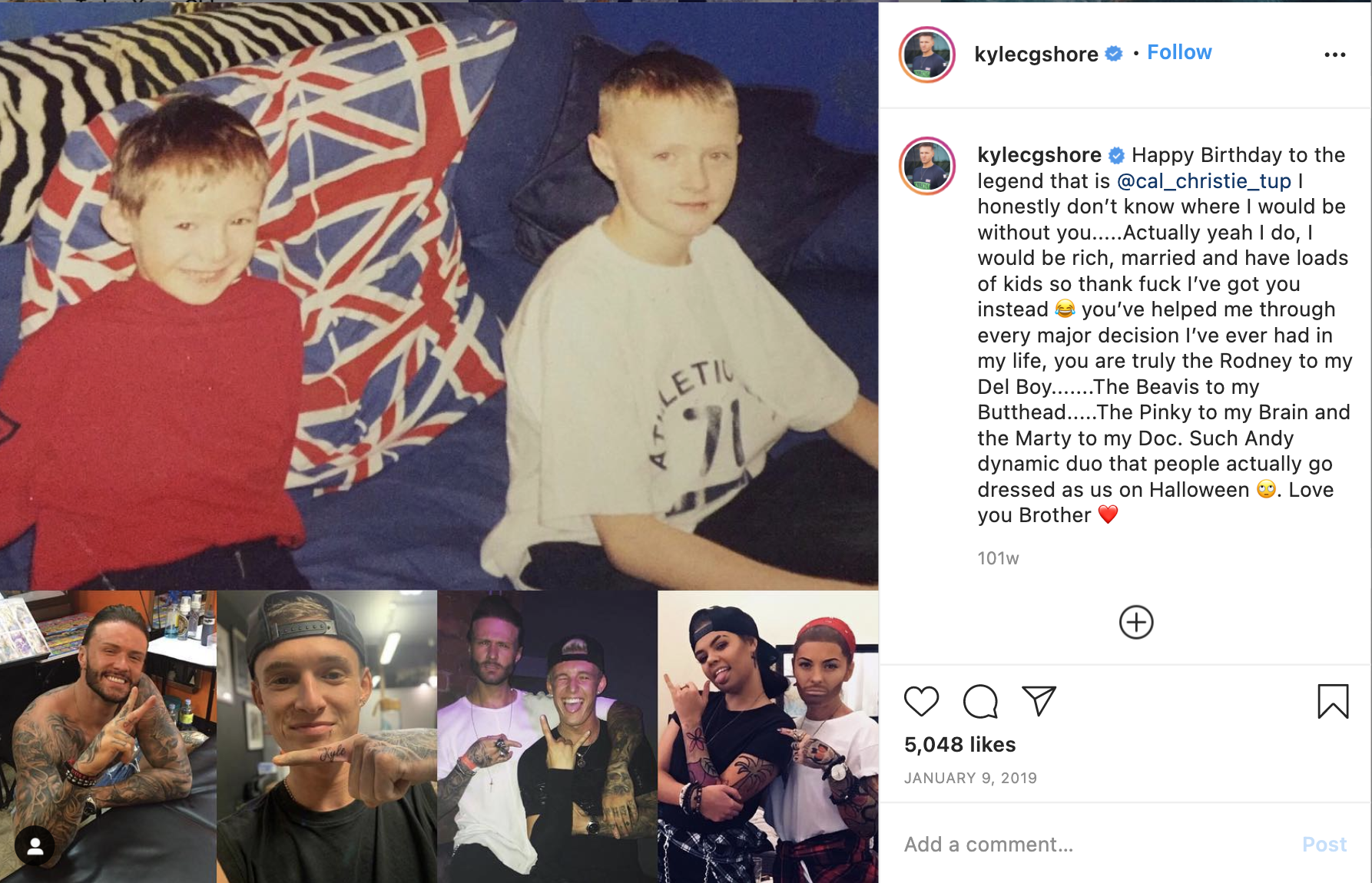 Self-admittedly, Kyle is extremely attached to his family and this became apparent during the time his grandfather was suffering from stomach, pancreatic, and bone cancer and the reality star did not give it a second thought before taking an exit route from the show to be with him. He also knew that his parents and brother would be in dire need of his emotional support through the difficult phase and stayed right by them.

Kyle Christie was a club promoter in Newcastle before his friend and ‘Georgie Shore’-regular, Marnie Simpson, introduced him to the British reality TV show. The then-21-year-old started his career in the television industry in March 2014 with the filming of the eighth season. He quit the show in 2015 because of his toxic relationship with his then-girlfriend and fellow cast member, Holly Hagan, and his grandfather’s deteriorating health. But then he returned briefly for the ‘Big Birthday Battle’ and remained a significant part of the show through its 13th season. 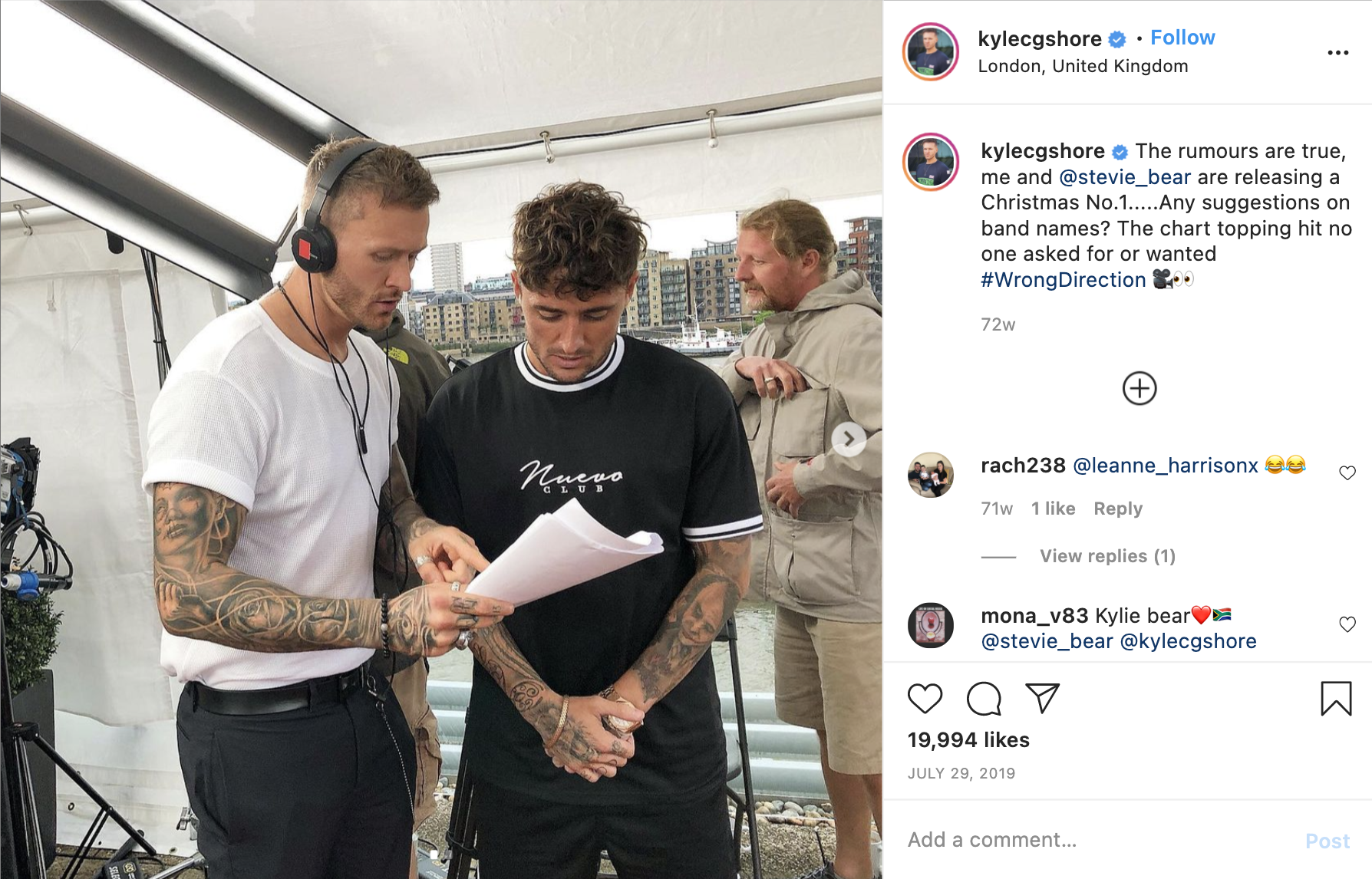 Kyle Christie’s journey on MTV’s reality game shows began with ‘The Challenge: Vendettas’ (edition 31), released on January 2, 2018. Since finishing third overall in his rookie season, he has remained with the franchise as a solid competitor and a consistent source of drama and showmances. The reality star then appeared on ‘Final Reckoning’ and on both the seasons of ‘War of the Worlds,’ though he failed to entertain the audiences by his lack of on-screen drama and even played a weak game.

Kyle’s fans continued to be unimpressed by his performance on ‘Total Madness,’ but he managed to end up among the finalists. Nonetheless, the determined competitor then competed on ‘Double Agents’ and charmed his way up to the best of the lot. In addition to his television career, Kyle is also a businessman and owns an interior and lifestyle brand, The Plane. As the director of Switch Now International, he assists his clients to “Save Time, Money & Energy” of their ventures.

A major part of Kyle Christie’s reality TV career is the love-hate relationship he shared with his co-star, Holly Hagan. Their rocky equation had sizzling on-screen chemistry at the best of times. Nonetheless, every time they hit a low, they hit hard. In 2015, he quit ‘Geordie Shore’ the first time because of being unable to handle the incessant arguments and fights with his then-beau.

He then came back and left again, but the most dramatic twist came when Holly left the show in 2016 to be with him. They were in a fairly stable relationship for some time, during which Kyle put her under the needle and got Holly a huge tattoo of his face on the backside of her neck at the Just Tattoo Of Us parlor. The joke obviously did not sit well with her, and the two parted ways for good in 2017. 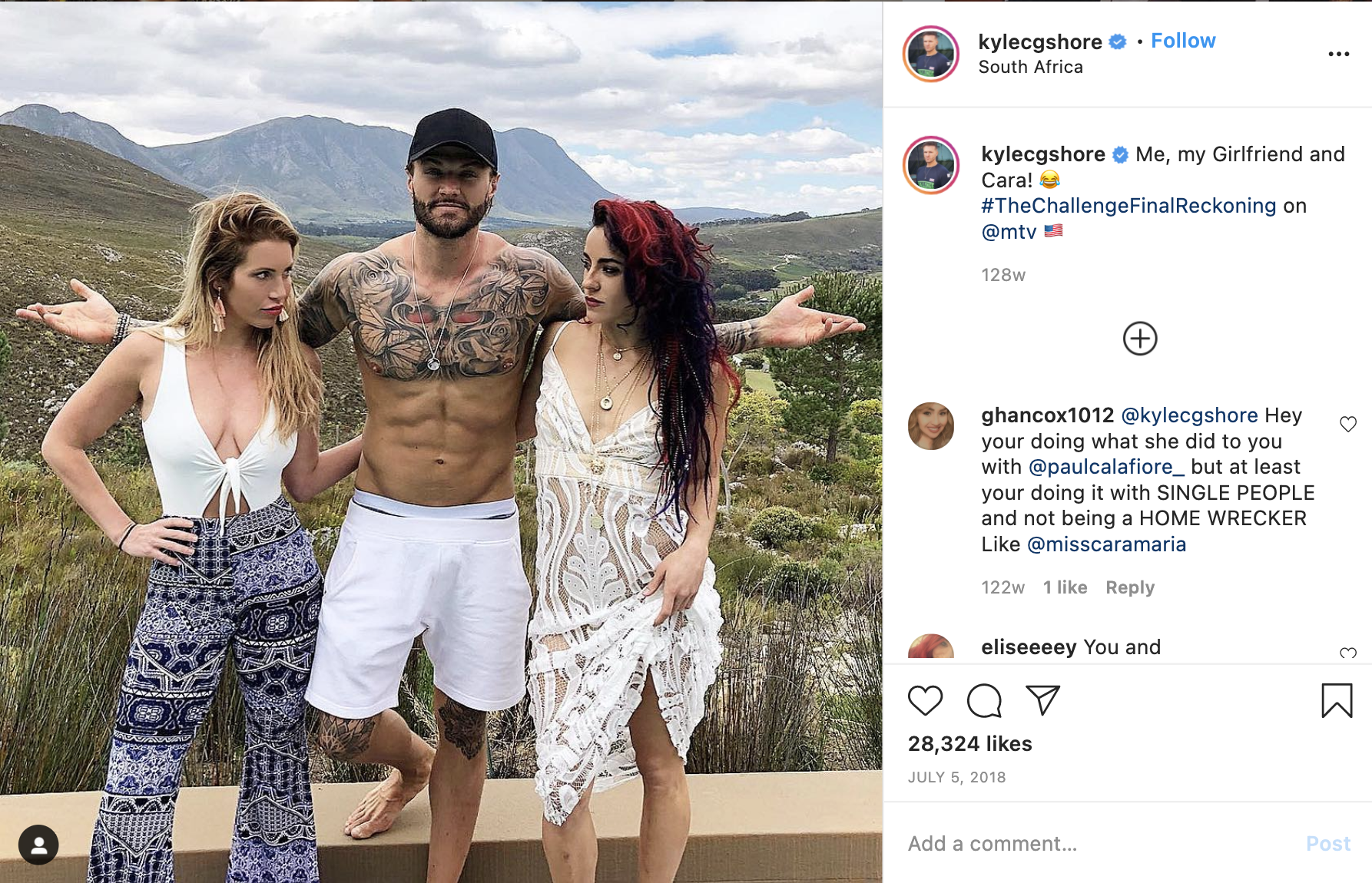 During the filming of ‘Vendettas’ in 2018, Kyle hit it off with another fellow cast member, Cara Maria Sorbello. The two had a steamy romance throughout the season that sadly fizzled out immediately after the production wrapped up. When Sorbello first laid her eyes on the star, she confessed to the cameras, “Honestly, the second I met Kyle, I was like, I want that. I want it now. I want it. And then I got it.”

They went straight from being lovers to sworn enemies in a matter of a few weeks because of both being excessively jealous. Allegedly, Kyle also had a short-lived romance with co-star Melissa Reeves, but their hookup did not make it to the screens to save the reality star’s relationship back at home.

As the most believed version of the story, Kyle met the love of his life in 2018. Though it is not clear how they crossed paths, both he and his girlfriend, Vicky Turner, concluded 2018 with the feeling of gratitude for having found each other. She is a model with a degree in journalism and currently works as a social media manager. 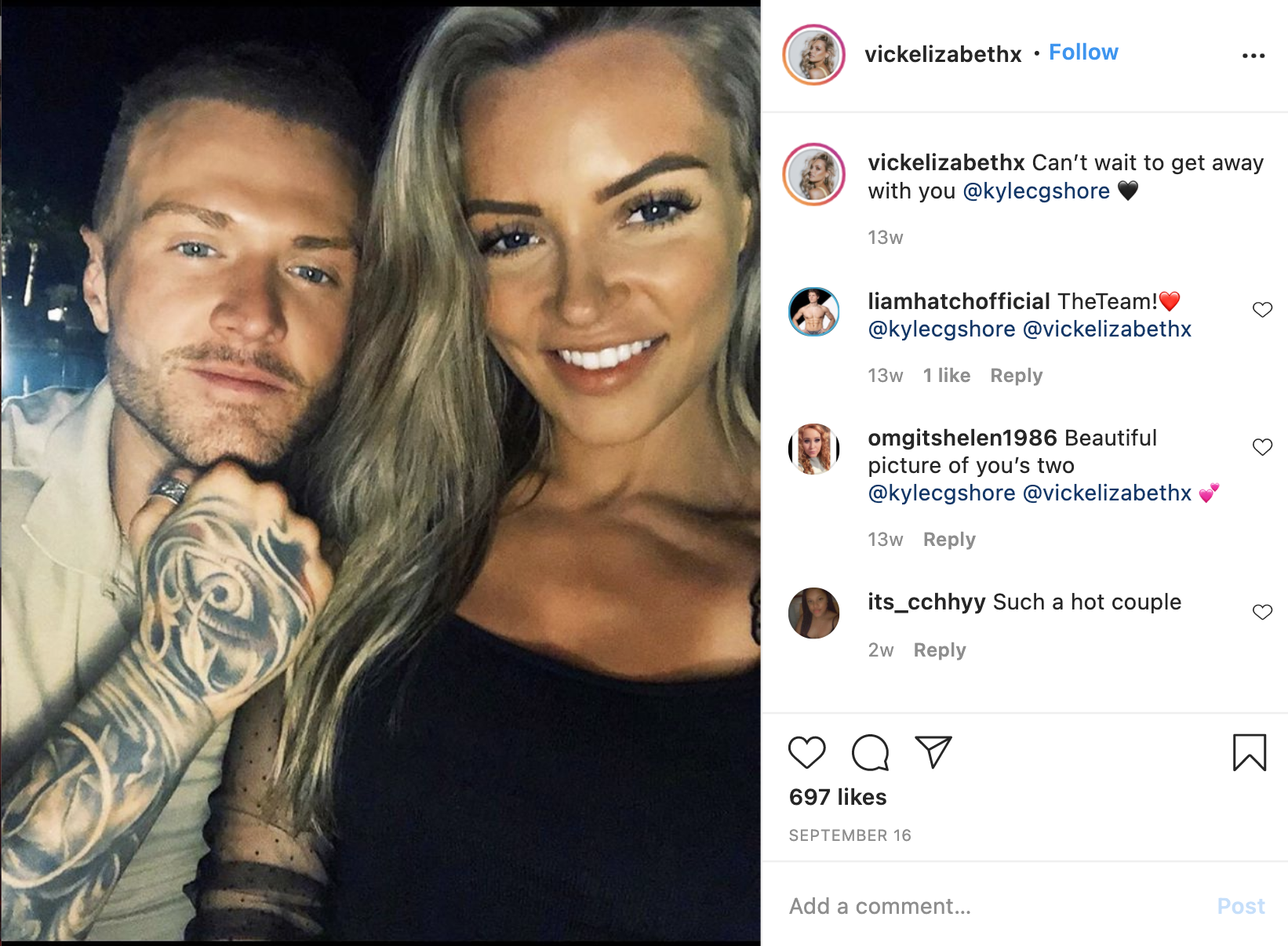 The former Miss Newcastle worked as a VIP manager at Tup Tup Palace in Newcastle around the time she started dating Kyle. The year 2020 seems to be a lucky one for the couple as they moved into “a new home” in February, something they had been looking forward to doing from the previous year, and also added an adorable member to their family – a German Shepherd whom they named Oakley (Oak). 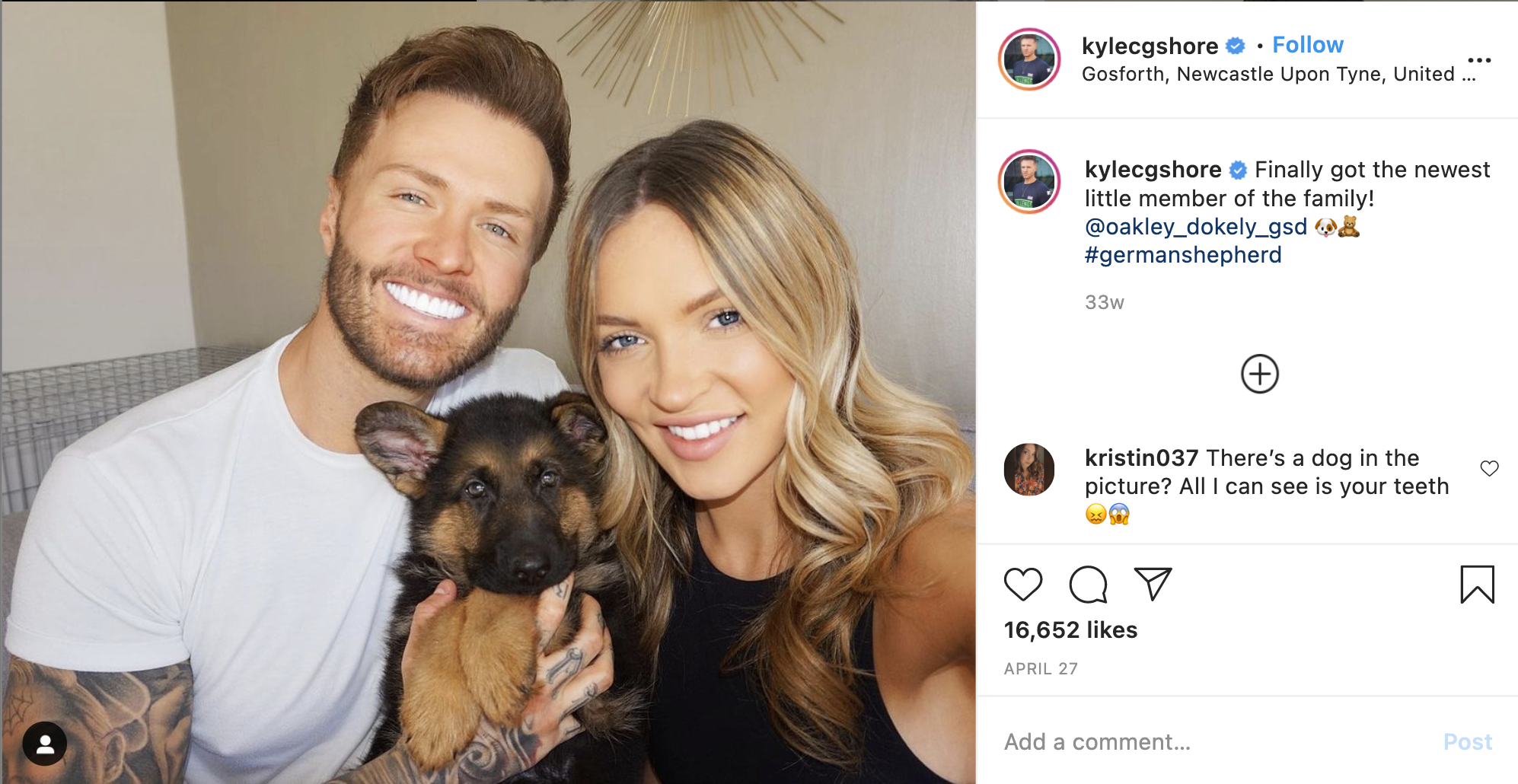 Read More: Where Are The Challenge Season 10 Winners Now?