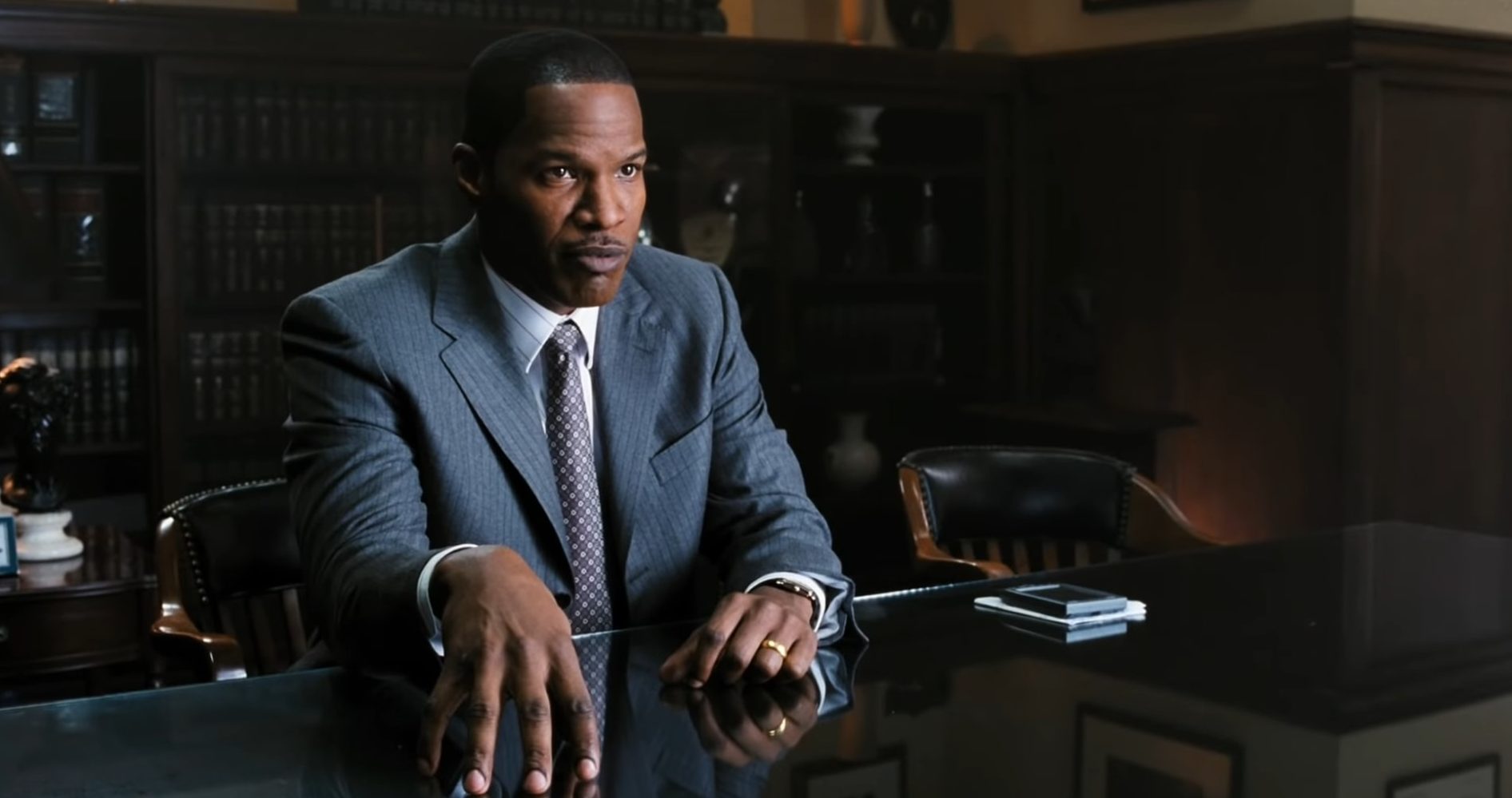 Thrillers and F. Gary Gray are a match made in the dashiest way possible. The filmmaker’s profile, which includes ‘The Italian Job’ and ‘The Fate of the Furious,’ is a standout when it comes to thrillers with a voguish appeal. His seventh directorial, ‘Law Abiding Citizen,’ is a thriller that offers more than thrills.

The 2009 film follows Clyde Shelton, a vigilante who tries to avenge the death of his wife and daughter, and Nick Rice, the public attorney who prosecutes the murder trial of Clyde’s family. The highly enthralling thriller ends with various questions undeveloped and unanswered. On that note, let’s dive into a detailed look at the ending. SPOILERS AHEAD.

In a robbery attempt, Clarence Darby murders engineer Clyde Shelton’s wife and daughter, forcing Clyde to watch. To keep his high conviction rate intact, prosecuting attorney Nick Rice strikes a deal with Darby that allows the murderer to serve a lesser prison sentence in return for Darby’s accomplice being used as a scapegoat, without considering the justice Clyde deserves. 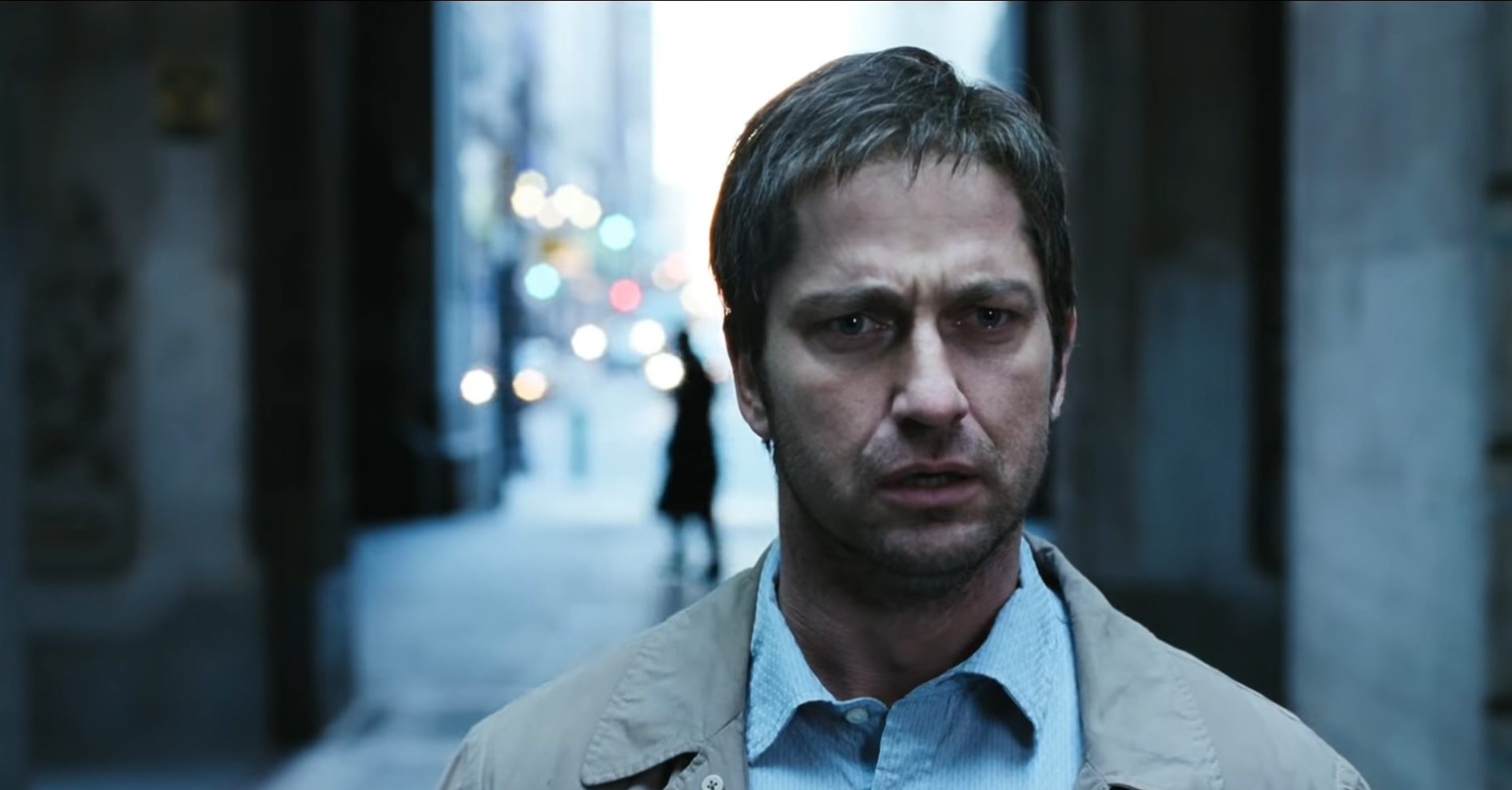 Feeling betrayed, Clyde resurfaces after ten years in the lives of Nick and other judicial officials. He kills Darby and gets arrested, and also later confesses to killing Ames, Darby’s accomplice. Even though Clyde gets imprisoned, he continues to kill whoever is a part of the system that ignored the justice he deserves. Starting from the criminal defense attorney, he starts a murder spree that seals the lives of his prison inmate, the judge of the trial, Nick’s colleagues, and the District Attorney.

After the death of his superior, Nick gets appointed as the new District Attorney and tries all his might to unravel the mystery behind Clyde’s killings. Finally, Nick finds a breakthrough and gets to know that Clyde made an underground opening from his prison cell to the outer world. While investigating the underground bunker, Nick understands Clyde’s next target is the Mayor.

Yes, Clyde is dead as the bomb he plants in City Hall explodes inside his cell. After successfully planting the bomb to kill the Mayor and other authorities by disguising as a cleaner, Clyde comes back to his cell, only to encounter Nick. Even though Nick tries his best to dissuade Clyde from activating the bomb, he dismisses the attorney without realizing Nick has brought the bomb to his cell. He activates the bomb, only to get surprised to see it triggering under his bed. By the time Nick gets out of the prison, the bomb explodes and Clyde dies off-screen. 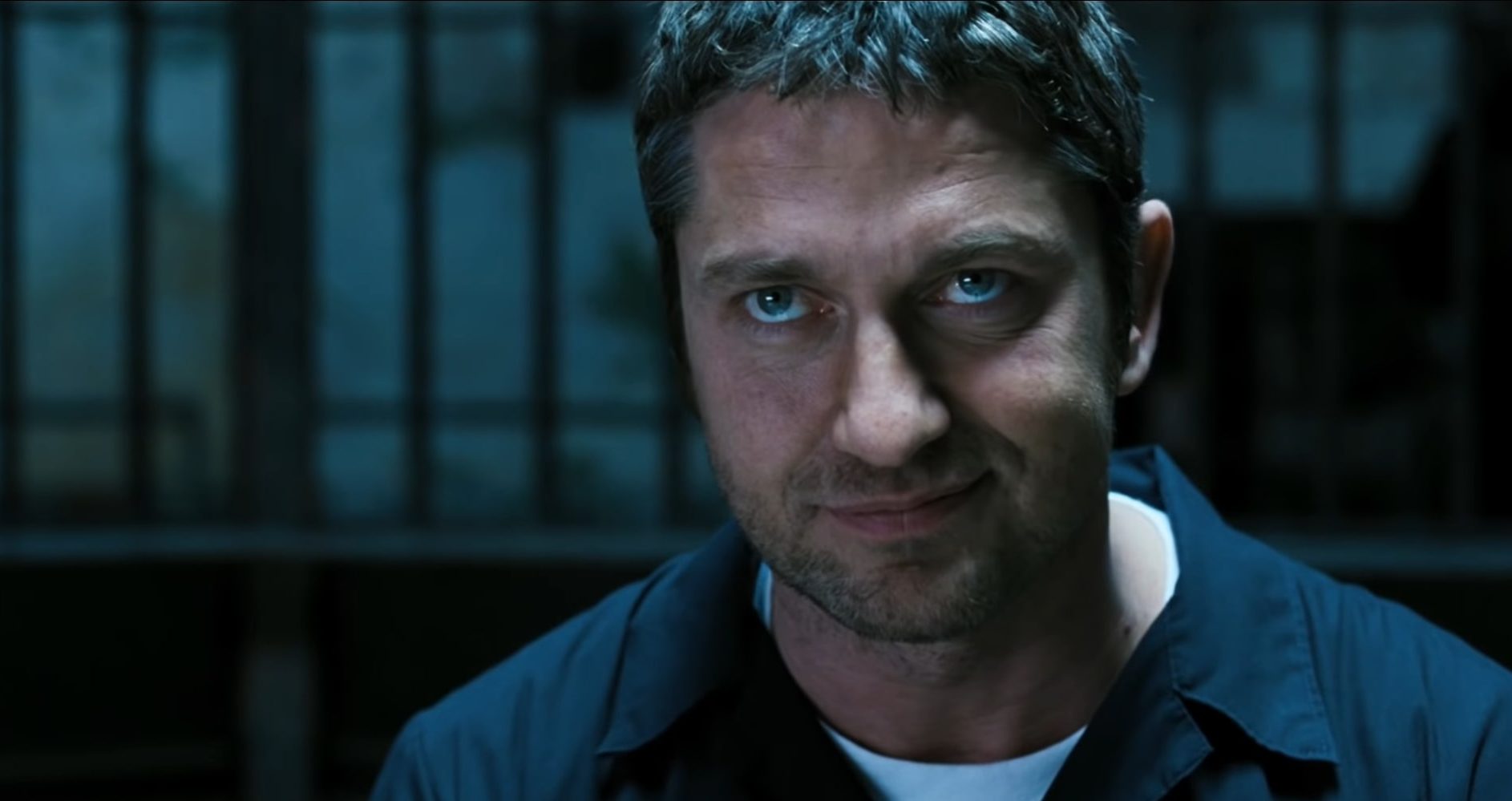 Although he is initially surprised to see the bomb under his bed, Clyde doesn’t ineffectually attempt to save himself from the cell. He accepts death calmly and spends his final moments mulling over the memories of his daughter with the bracelet she gifted him. As Nick pointed out, Clyde may have comprehended the futility of his actions and the harm it does to the memories of his daughter. The realization of his transformation from a beloved father to a vicious sociopath may have impelled him to composedly approach death.

When the bomb explodes, we see Clyde unintimidated even in the face of ensuing fire. His attention is solely on the bracelet and he undauntedly sits in his bed to die. At the end of the film, we see Clyde come to terms with being a sociopath and his attempt to become a father again by putting an end to his existence as a murderer. Death comes as an escape to Clyde from what he has become since his loss, and for the sake of the memories of his family, he accepts it unflinchingly.

Who is Clyde’s Accomplice?

When Clyde accurately predicts and carries out the killings of the judicial officials, Nick and the other authorities start to believe that Clyde has an accomplice helping him execute the killings. Even in his final face-off with Nick, Clyde curiously asks him whether he manages to catch his accomplice, to which Nick replies in affirmative. But Clyde’s accomplice is none other than Clyde himself. Through the underground tunnel, Clyde easily conducts his operations and his intelligence in dealing with ultramodern weapon technology makes it easier to fulfill his plans.

The notion of an accomplice is a wrong turn in Nick’s investigation as it distances the authorities further away from Clyde’s physical presence. Even though Clyde tries to trick the attorney by alluding to an accomplice even in the penultimate scene, Nick fathoms that the murders are all Clyde’s doing and warns Clyde that the road comes to an end for him. When he affirms to Clyde that he did catch the accomplice, Nick means that he succeeds in getting a hold of Clyde.

Why Does Nick Kill Clyde?

While attending the murder trial of Clyde’s wife and daughter, Nick is nothing but an egotistical lawyer, who prioritizes legal precedents and technicalities for his own fame without considering the humane notions of justice. Rather than trying to understand the pain and suffering of a father and husband, Nick tries to stick with laws to increase his conviction rate, dismissing justice for Clyde. To make Nick realize the mistake he makes by striking a deal with Darby, Clyde becomes a murderer himself, forcing Nick to do the same with him. 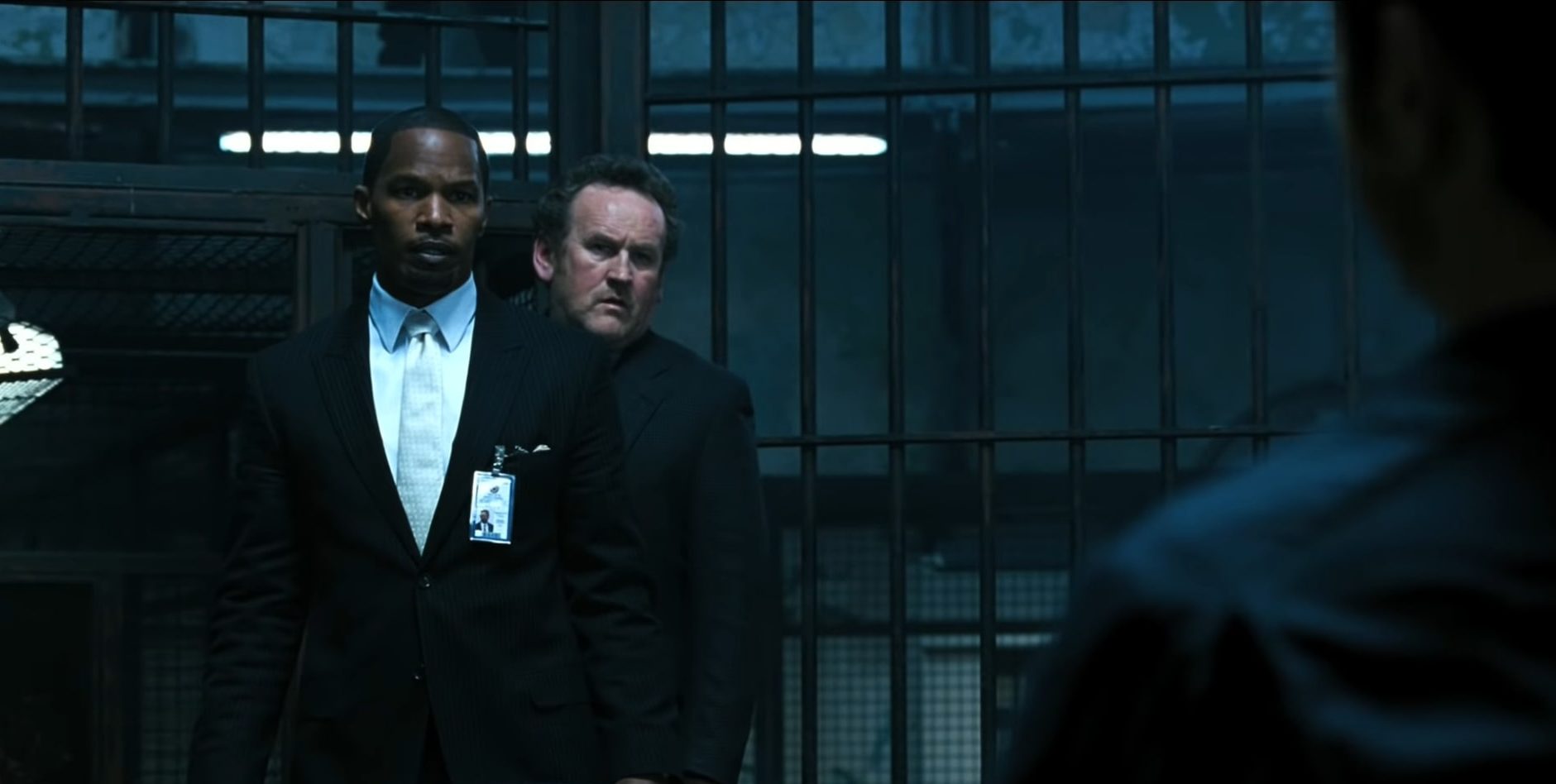 The deals he strikes with Clyde only bring pain and failure to Nick, as they open the door for Clyde to progress with his plans. Every time Nick believes that he is making the right moves, Clyde succeeds with his plans, stupefying Nick. Finally, Nick realizes that he was being used when he struck those deals with Clyde, exactly the way Darby used him with their deal.

At the end of the murders, Nick understands that justice is beyond the technicalities of law and constitutional contexts, which incites him to kill Clyde rather than wait for a law-abiding trial. He realizes that a trial based on laws and rules doesn’t result in justice for the victims of Clyde’s actions, the way his agreement with Darby fails to deliver justice to Clyde. Hence, to not repeat his mistake, Nick diverts himself from his former principles to kill Clyde after giving him a last chance to not proceed with his intentions.