Is ‘Le Bazaar de la Charite’ Based on a True Story? 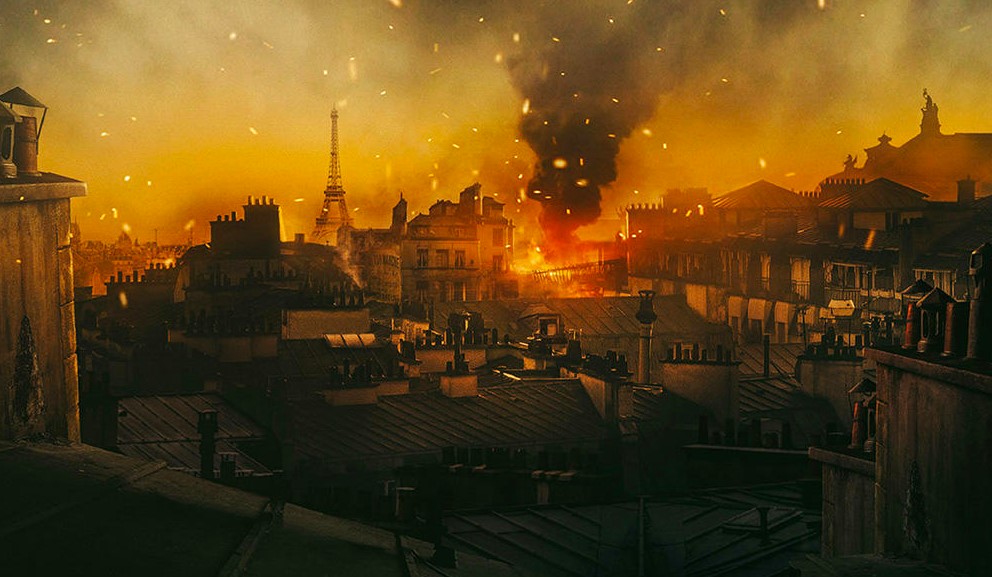 ‘The Bonfire of Destiny’ is a French television series that is available for streaming on Netflix. It is titled ‘Le Bazar de la Charité’ in French and is a period drama. It boasts of extremely high-production value with 3000 extras, 1500 costumes, 185 technicians and over 100 carriages being used to film it. Moreover, the series also marks the first collaboration between Netflix and the French television network, TF1.

The partnership is considered to be a major alliance as TF1 significantly leads the French fictional television market, having backed 42 out of 50 best dramas in France, according to television ratings. Netflix’s Chief Content Officer, Ted Sarandos has echoed the importance of this agreement himself: “this unusual upstream agreement shows that we can find ingenious financing solutions to showcase French excellence, while bringing viewing pleasure to our members across 190 countries.”

Is ‘The Bonfire of Destiny’ Based on a True Story?

Well, yes and no. The French television series is in fact, inspired by a tragic story: that of a devastating fire that killed over a hundred high-profile women (more on the incident later) and their retinues. However, the series also introduces an element of conspiracy and mystery about someone who might have intentionally caused the fire. Although the fire caused general public outrage with people looking for someone to blame, it was not intentional.

Moreover, the series is inspired by the tragic event and not based on it. It focuses on fictional characters that are depicted to have been affected by it. The plight of these characters is entirely fictional and they aren’t even based on real people. The story’s treatment is somewhat similar to the movie, ‘Pearl Harbor’ wherein a fictional love triangle was weaved into the real incident of the Japanese attack on Pearl Harbor.

What: The Bazar de la Charité was a charity event that took place each year in Paris starting from 1885. It had become a prestigious event which was attended by high-ranking aristocrats from all over the world each year. In the year 1897, the event was organised by Henry Blount and became infamous for the massive fire that erupted on the second day. One hundred and twenty-six people, most of them women, lost their lives due to the incident and approximately 150 had been severely injured.

When: The infamous event happened during the Bazar de la Charité event of 1897. That year, the event was scheduled to last for four days, starting from May 3, 1997. The fire started roughly at 4:30 pm and spread extremely quickly.

Where: The event took place at the 8th arrondissement (borough/district) at Rue Jean Goujon 17 in Paris, France. The building where the event had been held was a giant structure made completely out wood measuring 80 x 13 metres. The building had been compartmentalized into tiny stalls or shops that were given the aesthetic of ancient Paris. A canvas made out of combustible material was draped on top of the wooden structure. A cinematograph was installed at the building’s entrance and provided lighting from a system that functioned on ether and oxygen. It was used to show a motion picture, which was one of the key spectacles of the event.

How: The fire was a result of the cinematograph apparatus that was installed and functioned on a lamp which used ether and oxygen. During the event, the lamp suddenly went out due to lack of fuel. Given the importance of the event and dignified nature of the attendees, the extinguishment of the lamp would have caused some chagrin and bad publicity.

According to the operator of the cinematograph, only two minutes had been allocated to refill the lamp. In that moment of hurry, the apparatus’ operator forgot to shut the bottle of ether before lighting a matchstick. Immediately the ether vapors caught fire and spread to the combustible canvas drapery before the operator could blow or extinguish it.

The fire spread to the wooden structure and other combustible materials extremely fast and turned into a disaster. The place had few exits which were not marked with clarity and when the people present at the event tried to escape hurriedly, the exits became clogged. Several people also died by being trampled over due to the commotion.

Who: The fire caused massive public outrage. People had started to point fingers and look for someone to blame. The operator of the cinematograph, Victor Bailac and his assistant, Gregoire Bagrachow were charged with homicide by negligence due to their lack of attentiveness.

In the television series, Bailac and Bagrachow’s characters are not depicted and are replaced by fictional ones. Moreover, the Charity Bazaar Committee’s President was also charged for not making proper arrangements in case of an emergency. Several high-profile women lost their lives or faced terrible injuries due to the fire. The Spanish Consul in Paris’ wife, Madame Florez was one of them. The Duchess of Alençon who was also the Austrian Empress’ sister was found dead as well.

Read More: Will There be Bonfire of Destiny Season 2?