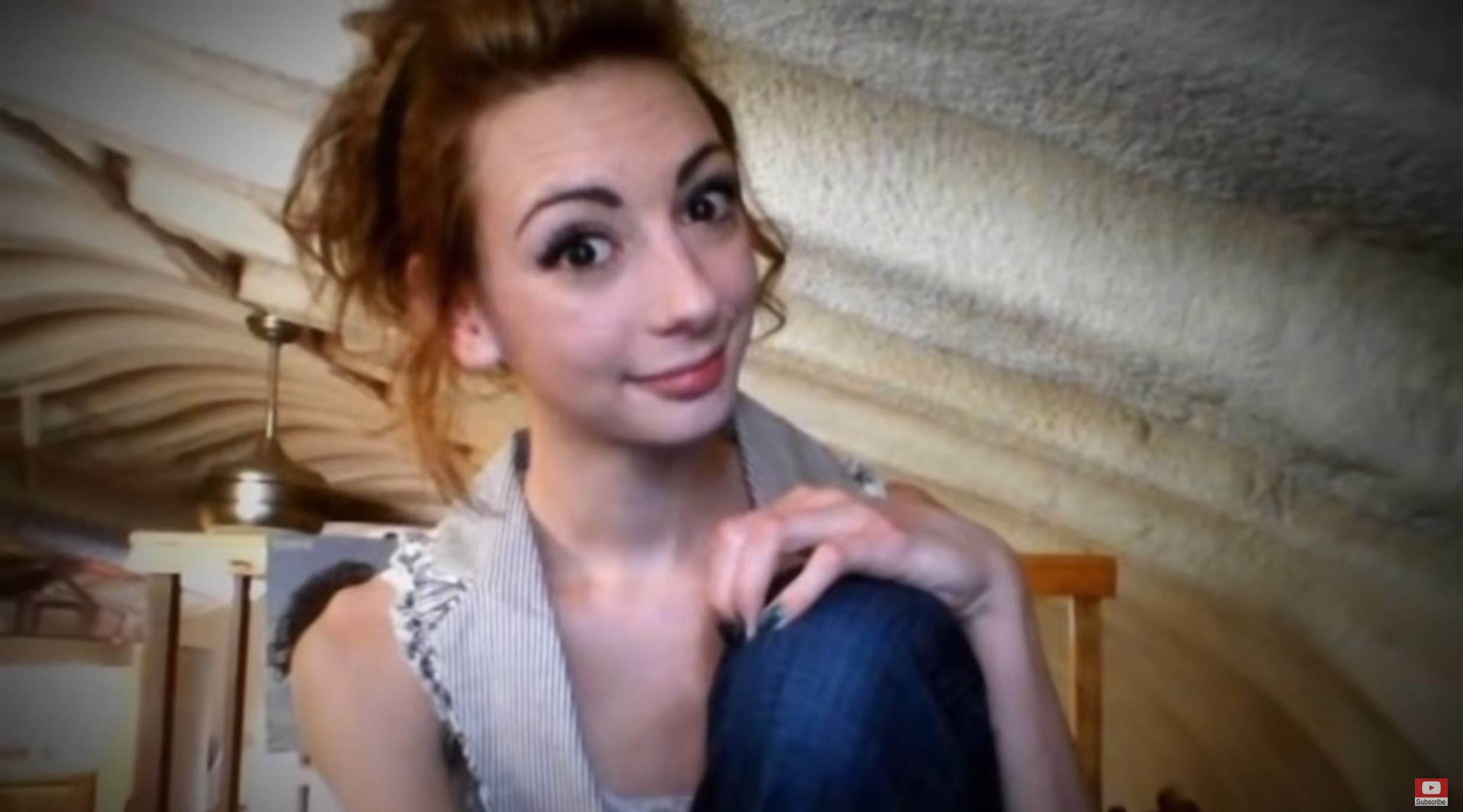 On June 3, 2014, 19-year-old Lea Porter vanished just before stepping into her twenties. The young woman, who was on the cusp of her adult life, went missing in Westminster, Colorado, under strange circumstances. What followed was a tedious police investigation, but the teenager’s body was never found. Investigation Discovery’s ‘Valley of the Damned: Killer Confession’ details the horrific murder and the unusual circumstance which made the killer confess to his crime. If you want to know more about the case and where the perpetrator is now, we have got you covered.

How Did Lea Porter Die?

Lea Porter grew up in Cotopaxi, Colorado, alongside her brother, Maxx, with whom she shared a very close bond. After graduating high school, Lea decided to pursue a degree in massage therapy and enrolled in the same college as her brother. Lea was so dependent on Maxx that after he graduated, she found it difficult to adjust to college life alone. She gradually lost control of herself and found herself in bad company. Unable to continue with college, Lea quit her education and moved in with an older man named Jesse Mine, a tattoo artist, who was allegedly the reason for her getting addicted to heroin. 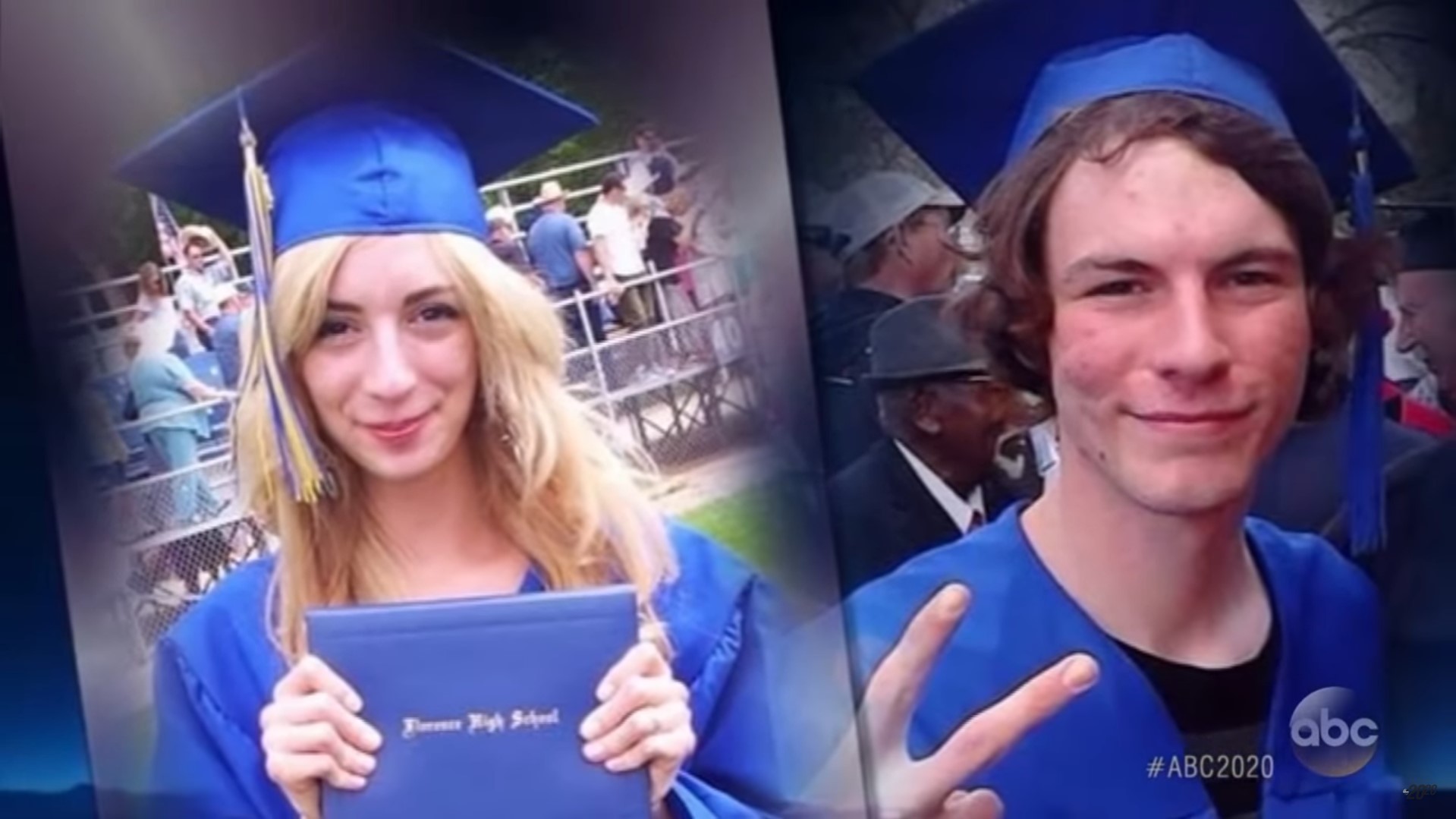 Maxx was aware of her condition but couldn’t do anything to rid Lea of her addiction. At 19 years of age, Lea was living in Denver when she disappeared from Westminster, Colorado, On June 3, 2014. The night before her disappearance, Lea was with her boyfriend at Castle Rock in Colorado. Later, the couple had a fight after her boyfriend told her that he was moving to East Coast. With no place to crash, Lea then left Castle Rock and traveled to Denver looking for a place to stay.

Maxx and Lea’s mother, Rene, knew something was unusual when Lea did not answer her phone or reply to her text messages. Fearing something to have gone terribly wrong, Lea’s family called up her former high school friend, Christopher Waide, who was with her in Denver. Waide said that he did not hear from Lea after she left with an unidentified person in a white truck. Even with the police involved, there were no traces of the missing girl, and the detectives did not find any leads to follow. It seemed as if Lea Porter had vanished into thin air.

Christopher Waide was arrested and convicted of Lea’s murder. After the teenager’s disappearance, the police learned that Waide was the last person to see her alive. When questioned, he told police that on the day of her disappearance, he and Lea had gone to Boston Market for dinner before coming back to his apartment. He then claimed that Lea got a text message late at night which prompted her to leave with an unknown man in a white truck. 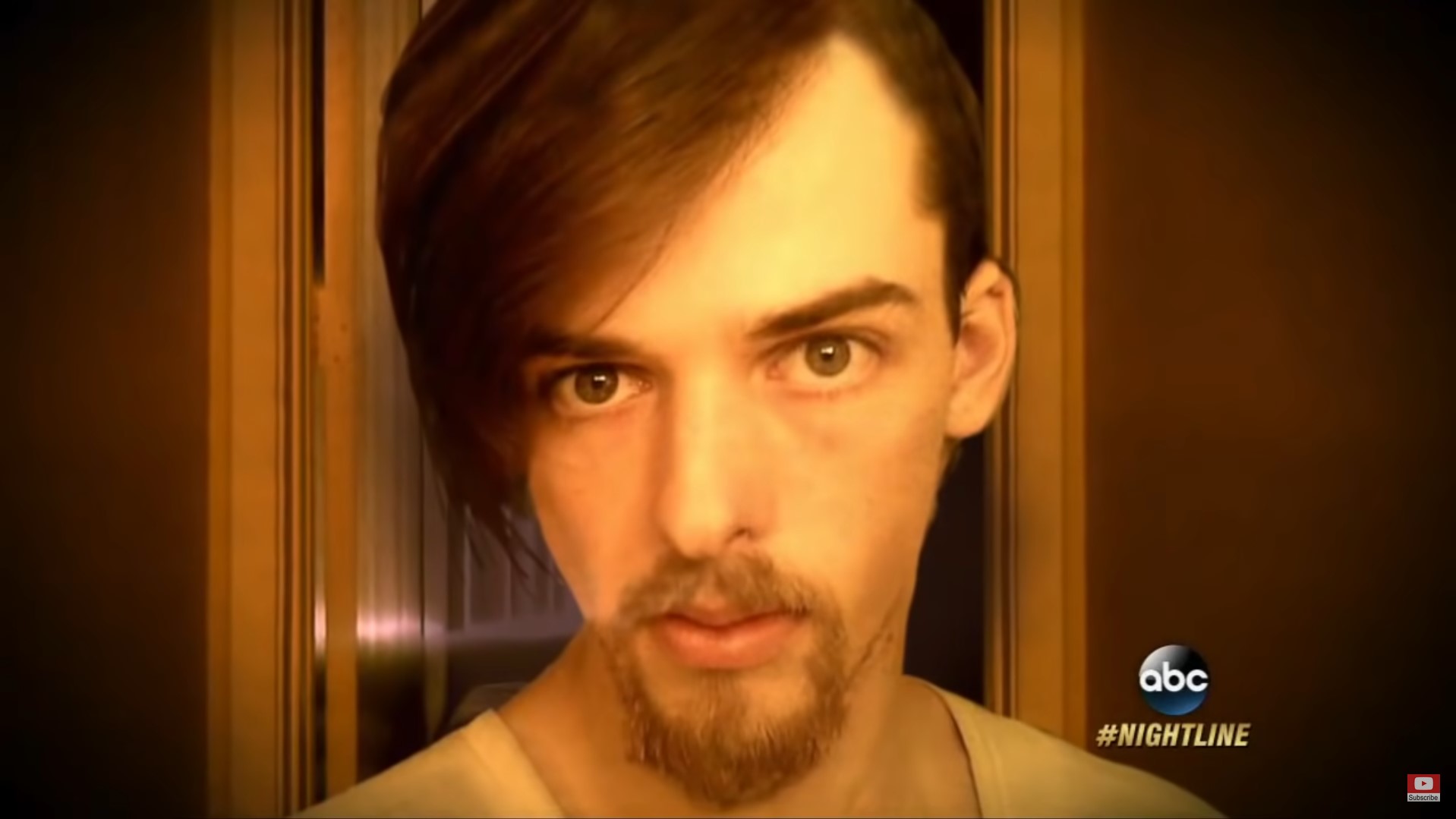 On searching, the police located Lea’s car in the parking lot of Waide’s building. On examining her car, they found it to contain all her possessions from college. Still, officers could not find a lead as the car was devoid of blood or DNA samples. On further investigation, police reportedly found out that Waide used to serve in the army but was discharged after confessing that he fantasized about killing and raping women. This made police highly suspicious of him, and they got a warrant to search his house.

A search of Waide’s house revealed hastily cleaned-up blood spots with a very prominent one on his mattress. The search also led the officials to several women’s underwear. Waide’s computer history shocked police as they found violent sex sites and child pornography on it. Still, the blood spots could not match Waide to Lea’s disappearance, and police did not have any evidence to tie him to the crime. 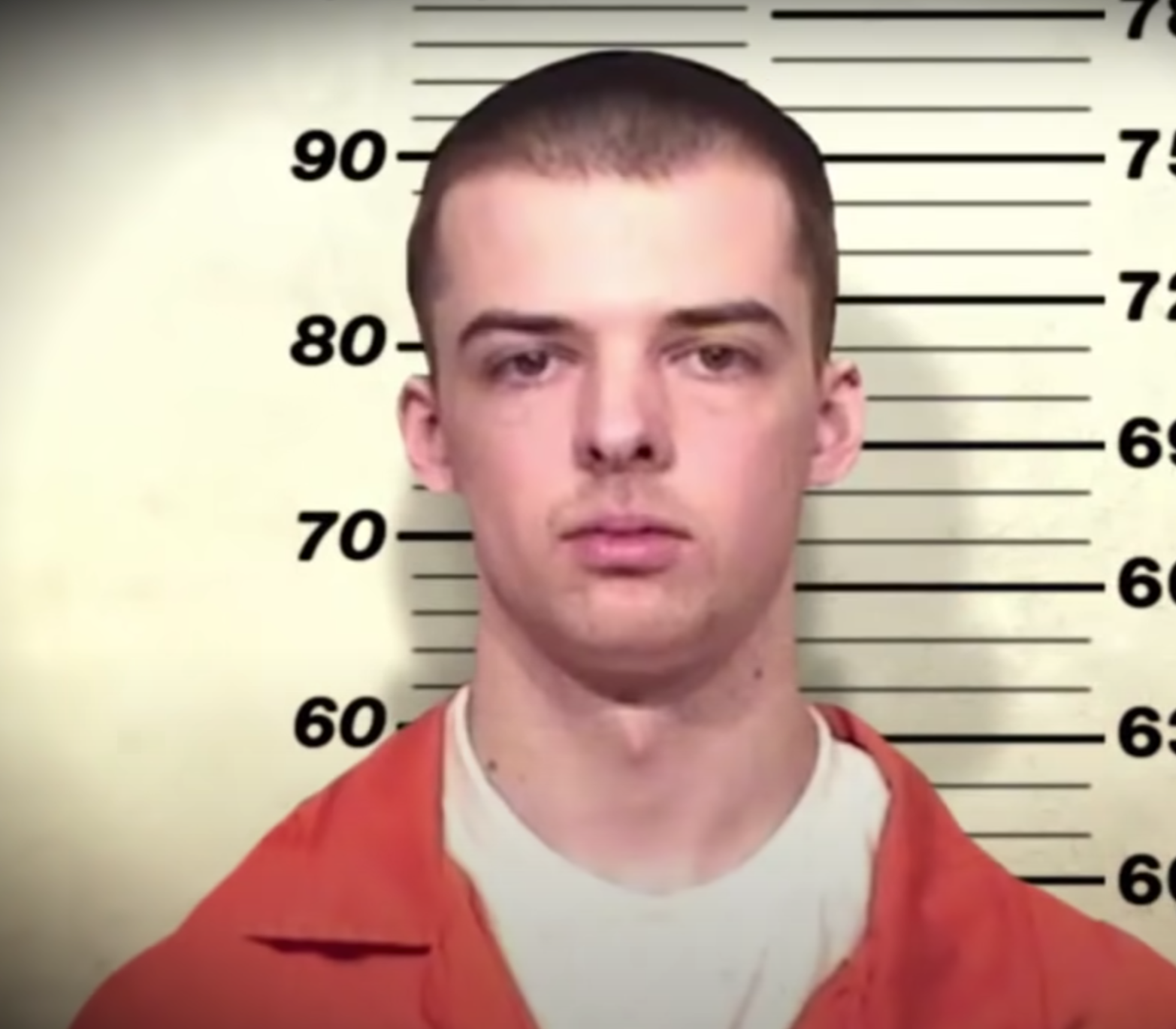 On the other hand, Lea’s old schoolmates allegedly told Maxx that Waide had a dark and disturbing fantasy of kidnapping girls as sex slaves to rape and murder them. Suspecting Waide to be involved in Lea’s disappearance, Maxx met up with the suspect and arranged for a tarot reading session. Waide, an ardent believer in tarot, agreed. Initially, Waide refused to tell Maxx anything about Lea and even went to the point where he denied having anything to do with her. In the middle of the tarot session, something changed in Waide, and he ended up confessing to Lea’s murder. Waide said that on the day of Lea’s murder, the victim kept asking him for money. When he refused, he alleged that Lea threatened him with a knife.

Fearing for his life, Waide claimed that he choked Lea in self-defense which made the girl go unconscious. He further added that he could not gauge the force of his chokehold, and hence when he released her, she was already dead. Naturally, Maxx got enraged and punched Waide before calling 911 and forcing him to confess to the police. Later, when asked why he suddenly admitted to the murder, Waide said, “The cards were saying to me that my guilt over that would destroy me unless I let it out.” After confessing to the 911 operator, Waide was promptly arrested and charged with first-degree murder.

Where Is Christopher Waide Now?

Alongside first-degree murder, Christopher Waide also faced charges for sexual assault and evidence tampering. His possession of child pornography was also added to the list. Realizing that Waide was looking at a long prison life if found guilty, Waide cut a deal with prosecutors. He pleaded guilty to sexual exploitation of a child and second-degree murder in exchange for prosecutors dropping all other charges. Furthermore, he even agreed to guide police to the dumpster where he hid Lea’s body. 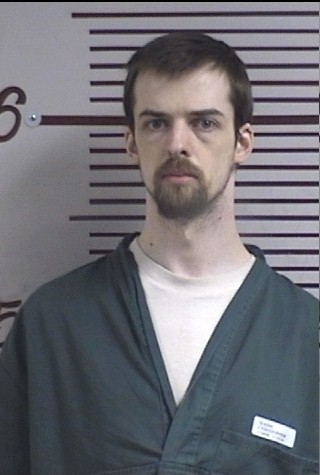 Based on his second-degree murder and sexual exploitation guilty plea, the judge sentenced Christopher Waide to 48 years in prison in November 2015. At present, Waide is serving his prison term at the Limon Correctional Facility in Lincoln County, Colorado, and will be eligible for parole in 2048.

After the police were made aware of where Waide hid Lea’s body, they searched the dumpster and the Commerce City landfill for 40-45 days. Even then, the police were only able to locate the teen’s cell phone and clothes. To date, Lea Porter’s remains have not been discovered, and her family members have kept up the search for the teen.