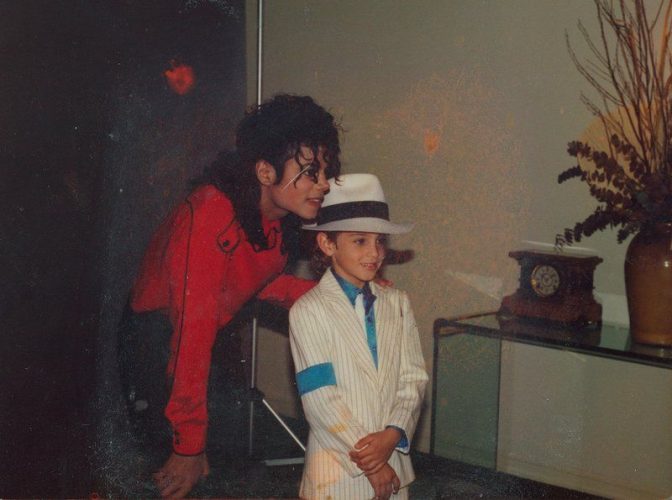 ‘Leaving Neverland‘, the new HBO documentary is the only thing anyone involved in the entertainment industry is talking about right now. The controversial documentary brings the pop legend Michael Jackson‘s past charges of child molestation to the surface once again, and this time, the makers are aided by two men who allege that they were victims of Jackson’s unlawful lust. However, things get complicated right here. The same two gentlemen had earlier, in 2005 while Jackson was undergoing trial for his child molestation charges, had sworn before the court that Jackson did not molest them in any way. The Jackson family has completely denied all the accusations made in the documentary, saying that it is nothing but a character assassination. Numerous celebrities have come out saying that a lot can now be said about Michael because he is dead and cannot defend himself. Whereas, some like Oprah Winfrey, who interviewed the two alleged victims, Rosie O’Donnell, and Rose McGowan have stood by the victims.

You are right. I’ve been around my uncle only thousands and thousands of hours. And since my uncle is not here to defend himself, the credibility of the accusers matter. And Wade and James have none. https://t.co/fF0OgYXUBz

The Jackson family have whole-heartedly denied the claim, with Michael’s brothers and nephew coming out to support him. His nephew Taj Jackson wrote on Twitter that the credibility of the accusers do matter as his uncle has passed away, referring to the accusers’ earlier statements in court back in 2005. Taj is so eager to prove that his uncle was innocent that he has announced a documentary of his own, and has begun asking for funds for the same. The Jackson family had sent a statement to USA Today, where they claimed Neverland “isn’t a documentary, it is the kind of tabloid character assassination Michael Jackson endured in life, and now in death. The film takes uncorroborated allegations that supposedly happened 20 years ago and treats them as fact. … The two accusers testified under oath that these events never occurred.”

In the documentary, both men give graphic descriptions of sexual acts they allege Jackson was carrying on with them at his Neverland ranch, and hotels. The two also went ahead to say that Jackson had apparently told them that his marriage with Lisa Marie Presley was just a public gimmick and nothing more. Some viewers raised questions regarding the truth of all the details spoken of in the documentary.

I’m only 45 minutes in but am genuinely disturbed at how smiley and laughy the parents in #LeavingNeverland are while talking about the houses and vacations where their kids were molested.

I just watched part one of #LeavingNeverland on @HBO and I have a question. How come these parents couldn’t read the warnings signs written all over the place that said. Stay away, this dude is a total creep..

Some activists have stressed on the importance of believing the survivors when they are telling horrifying stories of the assaults Jackson had allegedly subjected them to. However, one thing has to be admitted that if the survivor’s story keeps changing, it becomes really difficult to bring the perpetrator to justice taking the legal route. What the documentary has achieved is bring up Jackson’s past accusations and tried to make people aware of the man they believe to be their icon. Whereas, parallelly it has also given rise to serious questions of the degree to which victims can be believed without concrete proof to support their claims. While empathy is really necessary in such cases, it is always better to be sure than sorry. The documentary, on the other hand, has enraged some people to such an extent that they have said they’d never again listen to a song by the man they call ‘King of Pop’.

No matter how beloved the abuser, it is imperative to believe survivors. #MJ #LeavingNeverland

#LeavingNeverland has officially turned my antipathy to Michael Jackson into actual nausea. What a grotesque creep.

The second part of this documentary series is scheduled to be aired on Monday. Michael Jackson’s estate, in an attempt to divert attention from the premiere of the second part, has announced that on the same day, they will be streaming concert footage from shows at Bucharest and London’s Wembley Stadium. They had earlier done the same thing during the telecast of the first part of the documentary. Jackson’s brother Jermaine has lashed out at Oprah and others for their actions.

So many in media, inc @Oprah, blindly taking #LeavingNeverland at face value, shaping a narrative uninterested in facts, proof, credibility. We faced similar "graphic" claims + trial-by-media in '05. Jury saw through it all. Trial-by-law proved Michael's innocence long ago. Fact.

Items burned in the photos during #LeavingNeverland credits:

The actual valuables were sold by Wade for massive profit at JA/eBay.#MJInnocent pic.twitter.com/PdohspYX1s