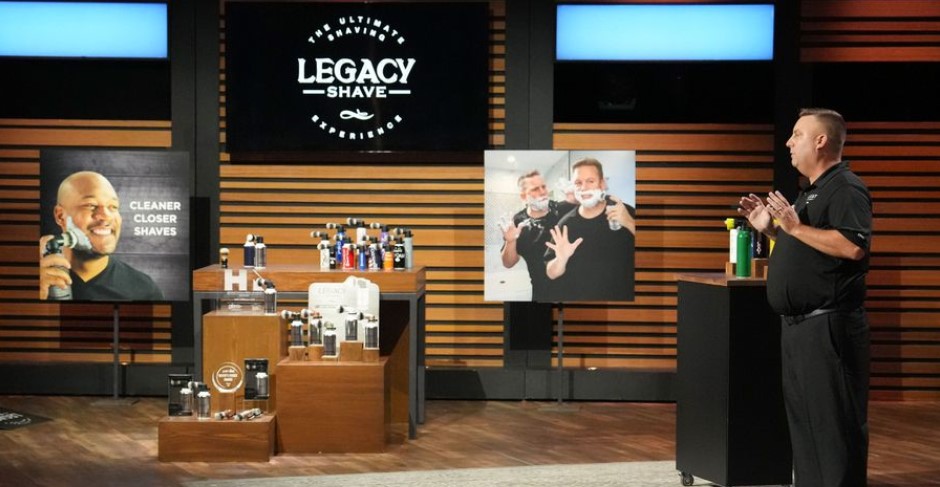 In ABC’s ‘Shark Tank‘ season 14 episode 7, we witnessed entrepreneur Mike Gutow present his company, Legacy Shave, hoping for a life-changing investment from the Sharks. Anyone who shaves regularly knows how difficult it is to spread the lather around with a shaving brush. Besides, more often than not, we don’t get to experience real shaving cream and have to make do with shaving soap.

Legacy Shave aims to solve those issues through a unique brush with a nozzle inside that can be attached to a shaving cream can for a smoother experience. With the product appearing to be quite interesting, we decided to jump in and trace the company’s growth.

Legacy Shave: Who Are They and What Do They Do?

The brain behind Legacy Shave, Mike Gutow, completed his Bachelor of Arts degree in Business from the Michigan State University – Eli Broad College of Business in 1998. While Mike had an illustrious professional life and held several prestigious positions for top companies throughout his career, he was always interested in starting his own business. Sharing that dream was his brother and Michigan State University alum, Dave Gutow, and the two were always on the lookout for new ideas.

Therefore, after graduating from university, both the brothers got together with their father and came up with the concept of the Evolution Shave Brush. However, when they manufactured the first batch of about 3000 units, they realized that the product required manual assembly. While on the show, Mike mentioned that they assembled about 200 units before giving up on their idea. Subsequently, Mike went on to head his own management firm, Gutow Management, and ran the Save Lake St. Clair Organization from 2014 to 2017.

Mike and Dave’s father passed away from cancer about 17 years after they had initially planned to bring the Evolution Shave Brush to the market. By then, the brothers knew that their idea had failed and were ready put a stop to the business. However, while clearing the attic, they discovered that their late father had put together all 3000 units on his own. Encouraged and touched by this act, Mike and Dave revisited their plans of starting their own company and co-established Legacy Shave in 2016.

At its core, the Evolution Shave Brush is a regular shaving brush with a thin nozzle hidden inside the bristles. The nozzle connects to the hollow handle, which in turn fits the mouth of any shaving cream or gel cans, allowing the customer to use the product directly from the container. Besides, it reduces wastage and helps in a cleaner as well as smoother shave.

Where Is Legacy Shave Today?

Since the original Evolution Shave Brush had gotten pretty outdated in 2016, Mike and Dave returned to the drawing board and developed several prototypes to make the product sleeker and more convenient. Ultimately, the brother managed to perfect the design and launched a successful Kickstarter campaign after getting a patent for the product, which gave them the capital needed to start their company. Mike and Dave were pleasantly surprised by the positive response their product received right after launch.

Moreover, The Sharper Image featured the product on its website in 2017. The brush also earned a few awards, including the title of Top New Product at the 2019 ECRM Show. It has been talked about in several popular shows like ‘Good Morning America,’ ‘The View,’ and ‘Today.’ Those interested in getting their hands on the Evolution Shave Brush can purchase one from the company’s official website or the online retail giant Amazon.

The brushes are available in several different patterns and colors but fall within the price range of $19.95 and $44.95. Additionally, the company sells gift sets, bundles, and shaving cream priced between $9.95 to $199.50. It honestly is inspiring to witness Mike and Dave’s success, and we are confident that Legacy Shave will grow even further in the near future.