Investigation Discovery’s ‘No One Can Hear You Scream: Murder on Kimsey Mountain’ follows the brutal murder of Leslie Bradshaw in Polk County, Tennessee, in October 2006. The police caught the perpetrator while they were in the act of murdering and sexually harassing another individual who was Leslie’s friend. If you want to know the identity and current whereabouts of the perpetrator, we’ve you covered. Here’s what we know about the case.

How Did Leslie Bradshaw Die?

Leslie Susan “Jetamio” Crisp Bradshaw was born on August 12, 1977, in Cookeville in Putnam County, Tennessee, to Nelda Sue Leftwich Crisp and the late Lester Hale Crisp. She was a resident of Decatur in her early years before moving to Cleveland to attend school. She married Terry Bradshaw, and the marriage bore them five children — Damon, Page, Ethan, Quinton, and Kaden.

Those who knew the 29-year-old described her as a kind-hearted individual who always helped those in need. On October 13, 2006, Leslie went with one of her friends, Penny Waldroup, to drop Penny’s children off to her husband in his trailer on Kimsey Mountain in Polk County. Her body was found later by the police near the trailer. She had been shot eight times, and her head had been sliced open with a sharp object which was later identified as a machete.

Before both the women went over to drop off the children, Penny had instructed one of her neighbors to call the police if they did not return by 7:30 pm, Penny and her husband, Davis Bradley “Brad” Waldroup, had been married for several years but their relationship had become strained by October 2006. When they arrived at the trailer, they found Brad intoxicated and armed with a .22 rifle. As the children played around the trailer, both women started to unload the groceries and the children’s belongings from the van.

As they prepared to leave, Brad told Penny they needed to talk. But Penny tried to shake him off and said they would talk when she returned from work to pick up the children. However, Brad reportedly took the van keys out of her hand and threw them into the woods. He then proceeded to abuse Leslie and Penny and blamed the former for destroying his marriage with Penny. As per some reports, Brad suspected that the two women had a romantic relationship which led to the demise of his marriage.

During the whole time, Penny was sitting in the driver’s seat of the van while Leslie was standing by the passenger seat. She had reportedly gotten out to smoke a cigarette while the estranged couple had been arguing. Brad proceeded to open fire at both women with his rifle and shot Leslie 8 times while Penny managed to escape somehow. Brad had also hit Leslie with a machete so many times even after shooting her dead that her head had sliced open.

After killing Leslie, Brad attempted to kill Penny, shooting and beating her bloody and forcing her to have sexual intercourse with him. As he forced himself upon her, a police car arrived at the scene and arrested Brad. He confessed to murdering Leslie and even directed the officer toward her body. He was arrested and charged with the felony murder of Leslie, attempted first-degree murder of Penny, and aggravated kidnapping.

Where is Brad Waldroup Today?

Based on the testimony of forensic psychiatrist William Bernet of Vanderbilt University, the jury found Brad guilty of the lesser counts of voluntary manslaughter and attempted second-degree murder as well as aggravated kidnapping and especially aggravated kidnapping. William testified that Brad possessed a particular variant of the MAO-A gene, also known as the warrior gene, that is attributed to violence. He further claimed that based on Brad’s genes as well as a history of child abuse, Brad was already vulnerable to becoming a violent adult. 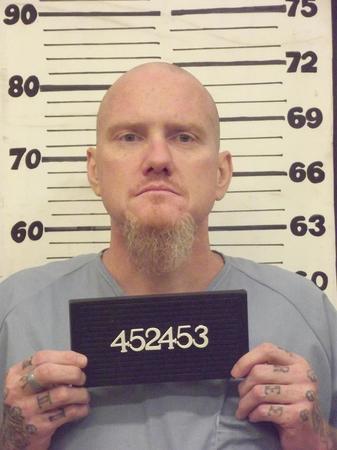 In May 2009, Brad was sentenced to 32 years in prison and was ordered to serve all of it. He was handed a prison term of 20 years for one count of especially aggravated kidnapping and 12 years for 1 count oone aggravated kidnapping. He was also sentenced to a maximum of 6 years for voluntary manslaughter and 12 years for attempted second-degree murder which would run concurrently with the 32 years. As per official court records, Brad is presently in his late 40s and serving his sentence at the Hardeman County Correctional Facility.