In Clark County, Nevada, Lesly Palacio’s mysterious disappearance in 2020 was a cause for significant concern for her family. But sadly, the search for the young woman ended in tragedy when her remains were discovered a few days later. Investigation Discovery’s ‘In Pursuit with John Walsh: Evil Deception’ chronicles the story behind the young woman’s murder and how the authorities believed a father and son duo were involved. So, let’s find out more about what happened then, shall we?

How Did Lesly Palacio Die?

Lesly Palacio was a Las Vegas, Nevada, native born in May 1998. She was described as a loving daughter and a sister who was always eager to help. At the time of the incident, the 22-year-old was studying to be a nurse and was just months away from graduation. Besides that, Lesly also harbored dreams of becoming a crime scene investigator. The young woman seemed to have everything going for her until it was all abruptly taken away.

The last time Lesly’s loved ones saw her was on August 28, 2020, when she went out. Later on, surveillance video captured her outside a home in Clark County, Nevada, at around 6 am the following day. However, the search for Lesly ended near the Valley of Fire State Park in Nevada. Her severely decomposed remains were found hidden behind a bush on September 9, 2020. Lesly was partially clothed, and her pants were found at the scene, with dirt indicating that she had been dragged. Because Lesly had been exposed to the elements for so long, a cause and manner of death could not be undetermined.

The authorities looked into surveillance footage from various establishments and eventually found Lesly with a man later identified as Erick Rangel-Ibarra. He was 25-years-old at the time, and footage showed them drinking throughout the night of August 28, 2020. Therefore, the police began looking for Erick. They found his residence, with surveillance video from a neighbor’s home providing crucial information regarding what happened. At around 6 am on August 29, 2020, a pickup truck arrived at the house, and the authorities believed Erick helped an intoxicated Lesly out of his car.

At around 7:26 am, two men were recorded dragging a body out of the house and placing it into the truck. The police felt one was Erick, with the other being his father, Jose Rangel. While the pickup truck left with the body inside, Jose was seen spraying the driveway with a hose. The authorities found some human blood spatter, cleaning supplies, and rubber gloves inside the house. They also analyzed the dirt in the truck’s tires and used other surveillance footage to figure out where it might have gone that morning. That analysis led the police to Lesly’s body near the state park in September 2020.

But by the time the authorities went to arrest the father and son, they were nowhere to be seen. The authorities caught a break on January 19, 2021, when Jose turned himself in at the US-Mexico border in San Diego, California. He told the police that he and Erick had fled to Mexico but had since split up. Jose was then taken to Nevada and interviewed. He claimed to have been in the garage on the morning of August 29, 2020, when Erick came dragging Lesly’s body on a bedsheet. At the time, Jose believed that she might have died of an overdose.

Jose then decided to help Erick get the body out of their house to keep it away from other family members. He claimed Lesly didn’t exhibit any trauma and said that she was undressed. When Erick began acting strangely and talked about killing himself later that day, Jose chose to flee to Mexico with him. Furthermore, one of Lesly’s sisters recalled Erick’s mom and sisters moving furniture wearing gloves a couple of days after the disappearance. Then, a friend of Erick’s testified that Erick had asked him to bring a can of gasoline because he had killed someone. But the friend hadn’t taken him seriously at the time.

Where Are Erick Rangel-Ibarra and Jose Rangel Today?

In June 2021, Jose Rangel, then 46-years-old, pleaded guilty to destroying evidence and being an accessory to murder. He was sentenced to serve two years in prison, with credit for time served. Jose was apologetic in court, saying, “I feel very ashamed that this incident took place and that I as a father acted the way I did and did not go straight to the authorities when this happened. My love as a father won me over. I was so on the edge I didn’t know what to do. That betrayed me. I did not make the right decision.” 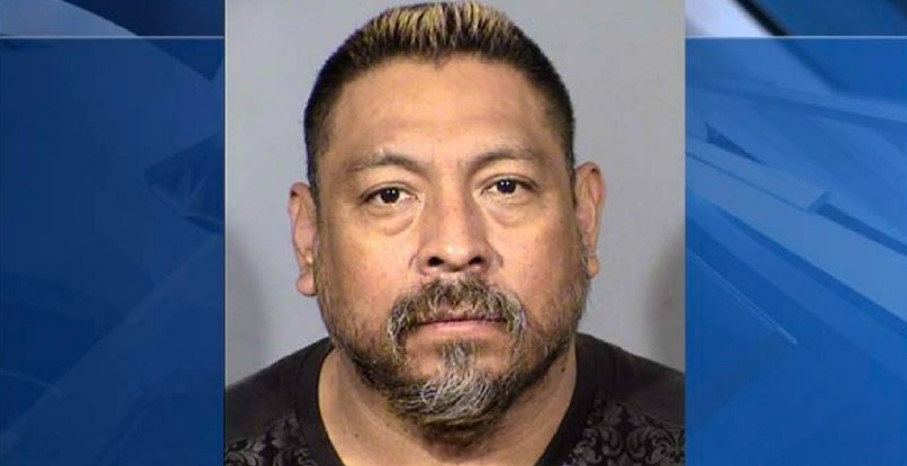 Jose was released on April 28, 2022, after serving eight and a half months in prison. He had participated in several programs while behind bars which led him to receive more credit. Since then, it appears that Jose has maintained a low profile, and it’s what he currently does. His last known location remains Nevada. As for Erick, he is wanted for murder but remains to elude the law. Erick is believed to be in Mexico, and the police haven’t given up attempting to find him.