Was Levee A Real Person? Who Is He Based on? 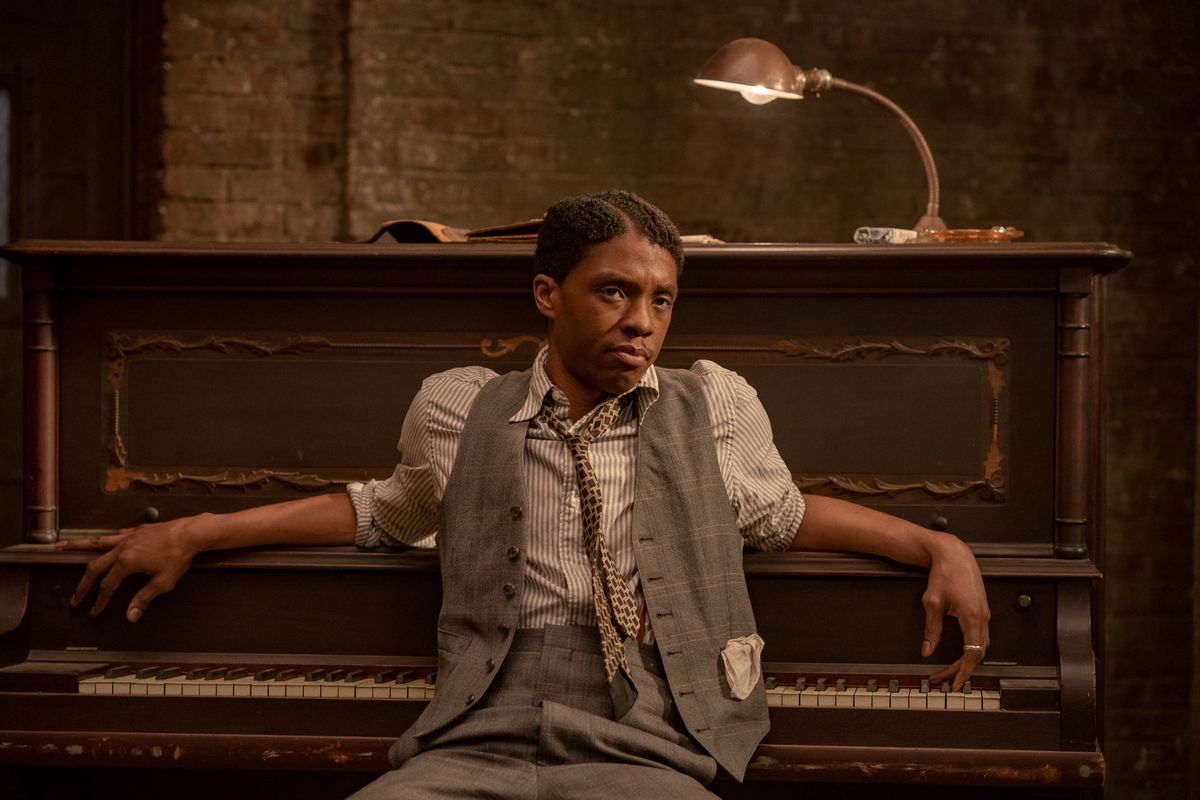 Just one afternoon. That is all it takes for Levee (Chadwick Boseman), the trumpeter in Ma Rainey’s band, to disintegrate completely. The usually optimistic yet supremely naive man is quite determined to become a successful musician, but the recording session on that fateful day in 1927 forever hinders these plans. This tale of virtue and morality is one that ‘Ma Rainey’s Black Bottom’ relays supremely well. But is the character based on a real person? Here’s what we know. (Spoilers Ahead).

Was Levee A Real Person? Who Is He Based on?

No, Levee was not a real person. Nonetheless, from the beginning of the movie, you know that he is going to be instrumental to the plot. One of the first times we see him is when he eyes a pair of beautiful shoes, which end up costing him $11. (Out of this, he won $4 from Cutler in a game of craps). These shoes are also symbolic of his volatile ambition. 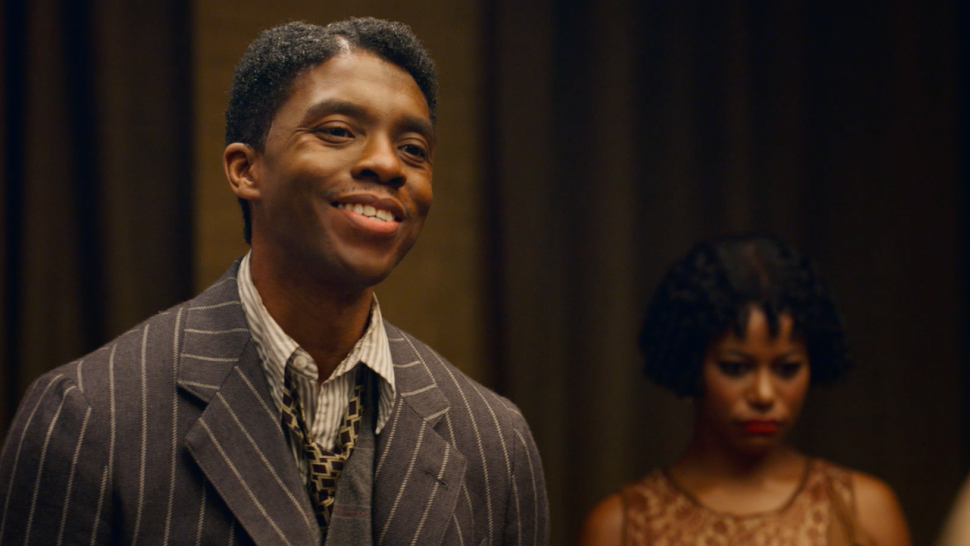 After all, Levee holds himself in high regard, despite not having anything to show for it. He acts as if he is always in control of his life, which could be a subconscious reaction to his traumatic past. Not only was his mother gang-raped by a group of white men when he was 8, but Levee was also injured in the ensuing altercation. Furthermore, his father was killed by them when he tried to exact his revenge.

Needless to say, the trumpeter is quite a complex character. In the movie, he doesn’t really have much respect for the workplace. He wants to finish writing a song for the white producer, Sturdyvant, instead of rehearsing with the band. Furthermore, he gloats when the manager, Irvin, tells Cutler that they will play Levee’s version of “Black Bottom” instead of Ma’s.

Even when they successfully record the songs, Ma Rainey and Levi get into a tiff which ends with her firing him on the spot. He still is quite nonchalant about it, because he thinks that the producer will end up giving him work. This, however, does not happen. Don’t get us wrong, it’s not that Levee is not talented. But he doesn’t know how to deal with the politics and racial tensions. (This is where Ma has him beat, as she does not let the white men take advantage of her or exploit her success).

While Levee is equally ambitious and naive, there is no denying that he is an important character in ‘Ma Rainey’s Black Bottom.’ For this reason, we had to find out more about him. It turns out that August Wilson, who wrote the eponymous play that the movie is based on, was the one who created Levee.

In reality, Ma toured often with the Wildcats Jazz Band circa 1924, and Dave Nelson was in it. He was a jazz trumpeter, pianist, and composer. While we did wonder if he could have been the inspiration behind Levee’s character, not much is known about his personal life. However, it does seem as though Ma got along with her colleagues. For this reason, it seems unlikely that Levee was based on Dave.

Over her illustrious career, Ma worked with acclaimed trumpeters such as Louis Armstrong and Tommy Ladnier. However, they were never at odds with the legendary blues singer. They really respected her and her contributions to the genre. Therefore, it seems as though Levee is simply a figment of Wilson’s imagination.

What Happened to Levee?

The thing is, despite all his superficial overconfidence, Levee meets a traumatic fate. Rejected by Sturdyvant, the trumpeter is unable to process his emotions. This ordeal, which is essentially brought on by a white man, ends with Levee stabbing his black bandmate, Toledo. Remember the shoes we spoke about earlier? Well, they are essentially what lead to the pianist’s death. 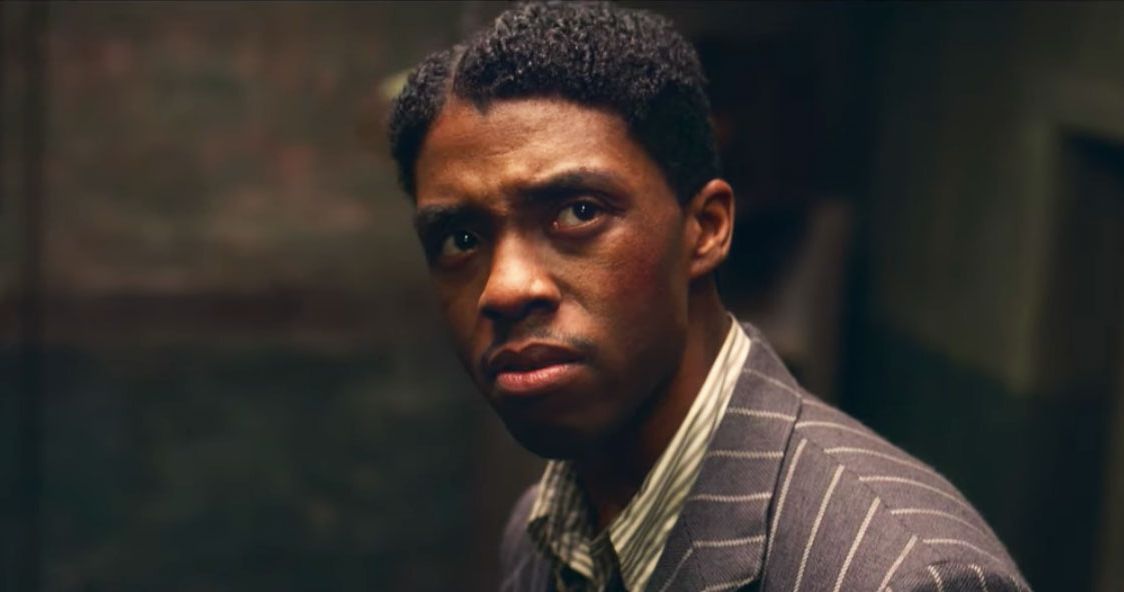 When Sturdyvant refuses to record with Levee, the latter is understandably frustrated. While packing up, Toledo accidentally steps on the trumpeter’s shoes. These shoes, which once symbolized how posh and glorious Levee’s future could have been, are now the only material thing within his grasp. So when Toledo steps on them, it’s almost as if he’s stepping on Levee’s ambitions, and the trumpeter is not okay with this. In a fit of rage, he ends up killing Toledo.

In the end, Sturdyvant buys Levee’s songs for $5 a pop but chooses to not record with him. The producer actually hires a white orchestra and a white singer to create the track that Levee poured his heart and soul into. This just goes to show how black artists were exploited by the white folks back in the day. The climax is intentionally inconclusive so that the audience can understand and empathize with the characters as well.