Lifetime’s Hidden Jewel: Everything We Know

V.C. Andrews’ ‘Hidden Jewel’ is a thriller film that centers upon Ruby and her children. Although Ruby’s past is full of tragedies, she prefers to keep it all a secret and never tells her children anything about it. But when an unfortunate incident forces her to go back to her childhood home in the bayou, her daughter, Pearl’s aspiration of becoming a doctor is threatened.

When she finds one of her twin brothers struggling for his life, Pearl’s only option is to confront her mother’s mysterious and dark past. Her pursuit of mysteries can get anyone hooked to the very end of the film. It can also make viewers curious about the origins of the story, the film’s cast, and other details. If you too want to know more about ‘Hidden Jewel,’ then you have come to the right place.

The psychological drama was filmed entirely in the Canadian province of British Columbia. It has played a considerable role in the emergence of Canada as a key filming location in North America. Several well-known movies filmed there include Liam Neeson’s action thriller ‘Cold Pursuit,’ the revisionist western film ‘The Revenant,’ which won Leonardo DiCaprio an Oscar award, and Marvel Studios’ famous superhero film ‘The Incredible Hulk’ and many others. However, the shooting for ‘Hidden Jewel’ was limited to only one city in British Columbia, so let’s have a look at it.

The shooting for the movie was done in Victoria, the capital city of British Columbia. Production for the film commenced on August 24, 2020, and wrapped up on October 29, 2020. Although the movie is set in Louisiana, Victoria offers the ideal filming locations because of its colonial past, as the story revolves around an aristocratic family. 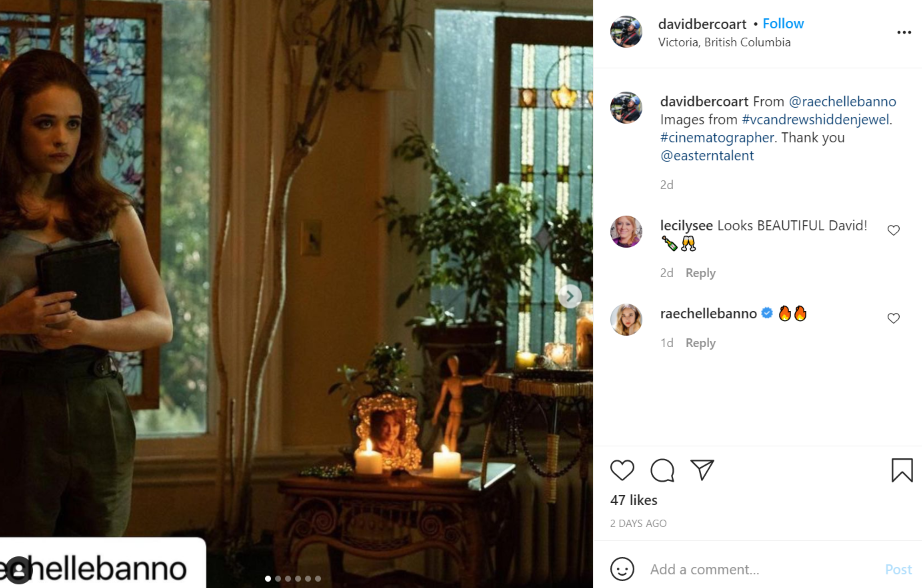 Moreover, thanks to its proximity to Vancouver and 6% distance tax credit, the city has successfully attracted the production of several popular films in the last few decades. Interestingly, the prequels of ‘Hidden Jewel’ like ‘Ruby,’ ‘Pearl in the Mist,’ and ‘All that Glitter’ were all filmed in Victoria.

Raechelle Banno headlines the film by essaying the role of Ruby. You may recognize the Australian actress from the sci-fi series ‘Pandora’ or the soap opera ‘Home and Away.’ Jennifer Laporte, who is well-known for films like ‘Freaky Friday’ and ‘Spiral,’ plays the role of Ruby’s daughter, Pearl. Sam Duke appears as Paul, while Kristian Alfonso appears as Paul’s mother, Gladys. Other noteworthy cast members include Evan Roderick as John, Crystal Fox as Mama Dede, Tess Atkins as Jeanne, Christian Michael Cooper as Pierre, and Ty Wood as Beau.

Is Hidden Jewel Based on a True Story?

For the first book, ‘Ruby,’ the author did not hesitate to travel into Louisiana swamps, just to describe the minute details in the book with higher accuracy. From his dedication, we can infer that the author values keeping his stories as close to real-life as possible. In the film, Pearl discovers the truth about her heritage after she goes to the swamps in pursuit of her mother. Even in real-life, there have been multiple instances wherein women find out the reality of their ancestry after their parents have tried to hide it for them for most of their lives.

One famous real-life example is the story of Gail Lukasik, whose curiosity to learn more about her maternal grandfather Azemar Frederic led to the discovery that her mother has been racially passing for decades. So, even though the film is directly not inspired by any true story, there appears to be some resemblance to real-life events that we often ignore.

Read More: Where Was All That Glitters Filmed? Is It a True Story?