Directed by Peter Sullivan, ‘Jingle Belle’ is a story of Isabelle, who parts ways with her high school sweetheart and accidentally reunites with him years later. Her high school years are defined by her Christmas duet with Mike every year at the annual Christmas Eve Pageant. However, after the end of high school, their relationship dies when Isabelle leaves for New York, leaving Mike behind.

When Isabelle returns to her hometown years later to write music for the annual Christmas Eve Pageant, she meets her high school sweetheart and is shocked to learn that Mike is the one directing the show. If you’re a fan of the beautiful visuals of this holiday-themed Lifetime movie and are wondering where it was filmed, we have got your back. Here’s everything we know about the cast and filming locations of ‘Jingle Belle!’

The Christmastime movie was shot in July 2017. Surprisingly, the production team filmed the entire film during the warm weather of Utah, which is in contrast to the snowy Christmas days depicted in the movie. Let’s take a look at the details for it!

The town of Masonville in ‘Jingle Belle’ is really Brigham City, Utah, and the Christmas scenes were shot in the middle of a sunny July. Over the years, Utah has become a hotspot for many cinematic productions. Some iconic cinematic moments in films such as ‘Thelma and Louise,’ ‘Forrest Gump’ and ‘Planet of the Apes’ were produced in Utah. 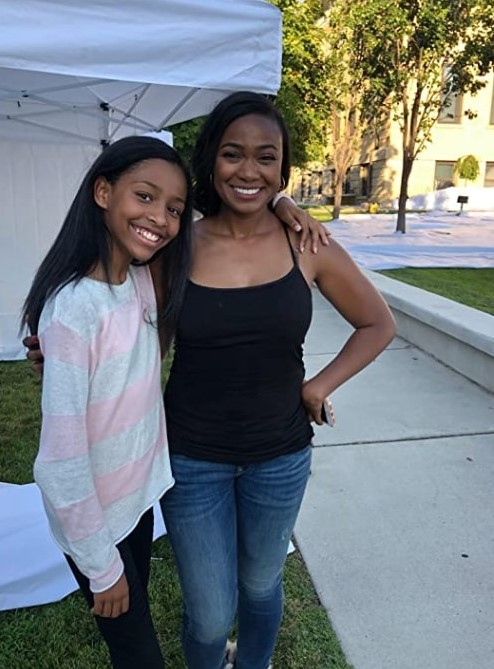 The cast of ‘Jingle Belle’ is led by Tatyana Ali, who portrays Belle Williams, a young woman who meets the love of her life years later when she returns to her hometown. The actor is known for her roles in ‘The Fresh Prince of Bel-Air,’ ‘Jawbreaker,’ ‘The Young and the Restless,’ ‘Glory Road.’ Cornelius Smith Jr. essays the character of Michael Hill, Belle’s high school sweetheart. You must have seen the actor in ‘Scandal,’ ‘Self Made: Inspired by the Life of Madam,’ and ‘Manhunt.’

Loretta Devine essays the role of Emory Simons. The actor is famous for ‘Crash,’ and ‘Urban Legend.’ Other actors in the movie include Tempestt Bledsoe as Jackie, Dee Wallace as Shelby, Valarie Pettiford as Faith Williams, Obba Babatundé as Charles Williams, Arsema Kayan Ellison as Marley, Blake Anthony Crawford as Kevin, Clotile Yanna as Lisa, Jay Whittaker as Nathan, Brad Johnson as Adam, Page Petrucka as Sandra, Kinder-Fritz Vickie as Mrs. Smith, C.J. Drisdom as Musician, and many more.