Lifetime’s Waking Up to Danger: Everything We Know 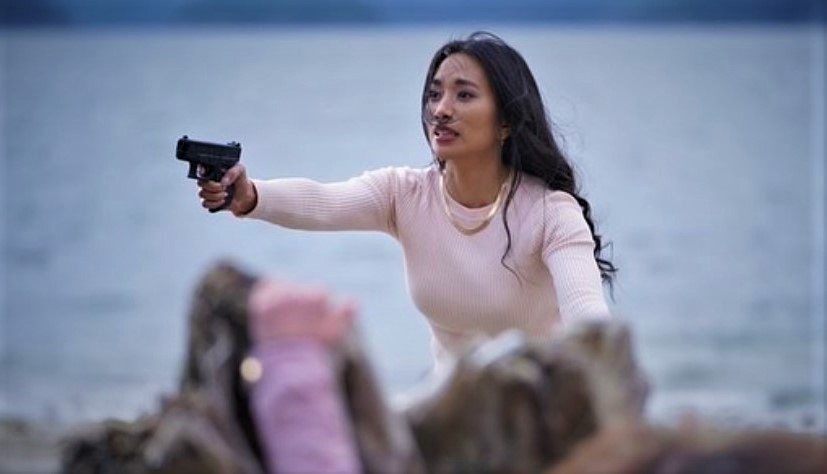 Lifetime’s ‘Waking Up to Danger’ is a thriller movie that follows a young mother who finds herself in hospital following a horrible accident in which her memories are damaged. Luckily, her husband stands by her side and appears to be very supportive and kind. However, soon, cracks begin to develop in his deceptive outward appearance, and she begins to suspect that her husband is behind her suffering.

It leads to the terrifying epiphany that maybe her family is still in danger, and she needs to protect them at all costs. The unexpected twists and turns that follow can make the viewers wonder about the film’s origins, cast, and filming details. In case you are also one of them, then we have got you covered.

Waking Up to Danger Filming Locations

The thriller movie was shot entirely in British Columbia. The production for the film commenced on March 23, 2021, and wrapped up a few days later, on April 10, 2021. The breathtaking views of the westernmost Canadian province feature in some of the scenes in the movie, so we gathered more information about the specific filming locations. Here’s everything you need to know.

Situated about 50 kilometers away from Vancouver on Howe Sound in the Squamish-Lillooet Regional District, Furry Creek is the primary filming location for the Lifetime movie. The mesmerizing scenic beauty of the region can captivate anyone, and it surely did catch the attention of the producers who shot there extensively.

Apart from its awe-inspiring natural locales, the oceanic community is also famous for Furry Creek Golf and Country Club. Here’s a behind-the-scenes picture of the cast members and their stunt doubles having fun while filming!

Also titled ‘Dangerous Memories,’ the filming for the thriller movie also took place in Squamish. Just a 20-minute drive away from Furry Creek, the town is surrounded by mountains that offer astounding views of the nearby regions. The cast and crew were spotted filming in the private and not-for-profit Quest University, which is situated at 3200 University Boulevard.

Founded in 2002, it boasts a beautiful campus equipped with all modern amenities. To top it all, it offers a spectacular view of snow-capped Canadian mountains.

Waking Up to Danger Cast

Donna Benedicto leads the cast of ‘Waking Up to Danger’ by essaying the role of the young mother who ends up in hospital after a horrible accident. Born in Vancouver, British Columbia, she is best known for her performance in ‘Almost Human’ and ‘Supergirl.’ The film also stars Erin Kathleen Boyes, whom you may recognize from the television movie ‘Love at Cedar Creek’ and ‘Cranberry Christmas.’ The talented cast of the thriller movie also includes the Djibouti-born actor Hamza Fouad who is famous for his role in ‘My Husband’s Killer Girlfriend.’

Is Waking Up to Danger Based on a True Story?

No, ‘Waking Up to Danger’ is not based on a true story. The abusive relationship that the protagonist shares with her husband can make viewers think that the film is a dramatization of the torment and intimidation endured by someone in real life. However, that is not the case with the Lifetime film. In its portrayal of physical and emotional harassment in relationships, it does not focus on anyone in particular but draws attention to the universal issues that need urgent attention.

Just like the young mother in the film, who suffers a memory lapse and begins to realize that her husband is not a sweet as he appears to be but is physically abusive, many women worldwide, unfortunately, have to endure similar horror on a daily basis. Globally, in all those women who have been in a relationship, an estimated 27% (aged 15-49) and about one in four adolescents (aged 15-19) have been subjected to physical or sexual violence.

According to WHO, the statistics do not look good even in high-income countries where intimate partner violence stands at 22%. During the global coronavirus pandemic that wreaked havoc on the world in early 2020, cases of domestic violence skyrocketed in different parts of the world, proving how complicated relationships can be for women who are often subjected to unspeakable horrors. ‘Waking Up to Danger’ does a brilliant job of bringing such real-world issues to light, but it does so using a fictional story that has nothing to do with a specific case/person.