Lisa Irwin’s Disappearance: What Happened to Her? Was She Ever Found? 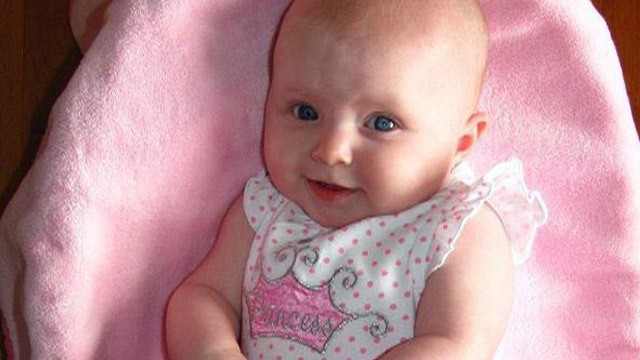 Lisa Irwin disappeared from her residence in Kansas City, Missouri, in 2011, making her the nation’s most notable missing baby. The family suspects the works of a drifter who they think has kidnapped the baby. Over the years, the case has gripped the country with intrigue. Investigation Discovery adopted this case and depicted it in an episode of ‘People Magazine Investigates.’

The true-crime series is known for bringing to the screen, heart-wrenching stories that have grabbed the headlines from time to time. The series entails analysis of firsthand interviews, new evidence, and unexpected resolutions. The episode left us asking some basic questions. We delved deep to find precise answers to them. Here’s everything we know!

What Happened to Lisa Irwin?

Born on November 11, 2010, Lisa Renee Irwin was discovered to be missing from her residence in Kansas City, Missouri, by her father on October 4, 2011. According to the statements issued by the baby’s mother, Deborah Bradley, Lisa had been in her bed when Deborah had gone to check up on her at 6:40 p.m. and then again at 10:40 p.m. on Monday, October 3, 2011. However, when the baby’s father, Jeremy Irwin, returned from his late-night job on Tuesday, October 4, he discovered several of the lights at the house were on, and a window was open. He also found the front door unlocked.

After that, he rushed to Lisa’s bed to find her missing. Debbie had allegedly changed her stories multiple times during the investigation. The investigation that followed took into consideration, the narratives of two witnesses who claimed to have seen a man walking down the street with a baby. The Police were able to track down and interrogate a man whose description matched with one of the witnesses’. However, the other witness claimed that his photo had no similarities to the man they had seen.

A subsequent search was conducted on the Irwin home on October 19, 2011. The court documents drafted from this search showed that a cadaver dog turned up the scent of a dead body, which was suspected to be Lisa, near Deborah’s bed. Other evidence collected from the Irwin residence included a multicolor comforter, purple shorts, a multicolor Disney character shirt, a Glo Worm toy, a ‘Cars’-themed blanket, rolls of tape, and a tape dispenser. All the investigation led up to no substantial result, and the investigators were unable to verify the break-in, which ended in Lisa’s disappearance.

Has Lisa Irwin Been Found? 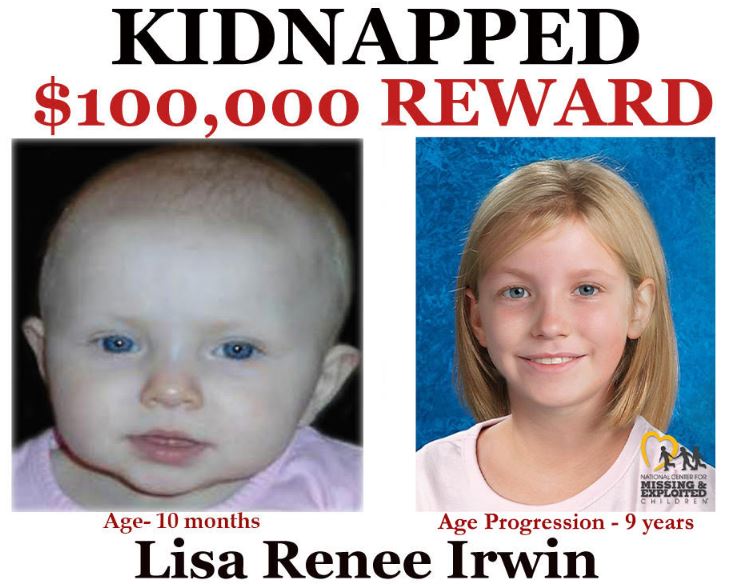 As of December 2020, Lisa Irwin has not been found. Officials issued an Amber Alert, which has been active since the date of disappearance. The case has made several headlines till now. The parents also continue to receive support from masses who empathize with them on the disappearance of their child. A website has been dedicated to the missing baby, which hosts an advertisement promising $100,000 as a reward in exchange for information on the whereabouts of the baby, who supposedly turns ten in 2020.

The Police have received hundreds of tips over the past years, but they have not yet been able to find the girl or make an arrest. The National Center for Missing and Exploited Children continues to release updated age-progressed photos of Lisa. After a few years, in 2013, the authorities were able to track down a six-year-old girl in Greece who somewhat matched the latest age progression photo of Lisa. The couple, who claimed to be her parents, was later found to be not biologically related to the child. Moreover, the child’s age did not match the estimated age Lisa would have been then.

Read More: Lisa Irwin’s Parents: Where Are They Now?