Where Are Lisa Irwin’s Parents Now? 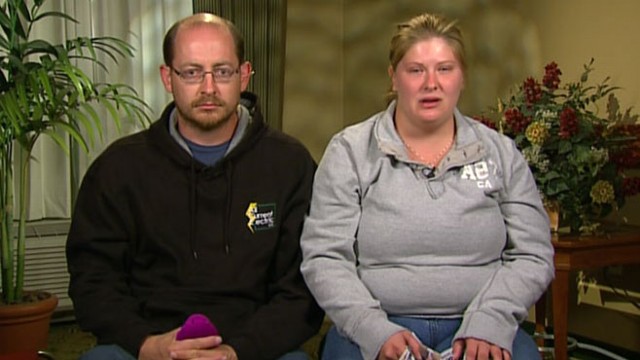 Lisa Irwin was merely ten-months-old when she disappeared from her Northland home on North Lister Avenue in Kansas City, Missouri, on October 4, 2011. After her mother put her to bed the previous night, her father returned home the next morning to find her crib empty. The harrowing search for the baby has not yet ended, as of 2020. The National Center for Missing and Exploited Children continues to release age-progression photos of Lisa. The parents have refused to stop their search.

Investigation Discovery’s ‘People Magazine Investigates’ picked up this baffling case and brought it alive on the screen to let audiences understand happenings and the circumstances of the case. In itself, the case has garnered a lot of attention and intrigue from people all around the world. The parents of the missing child have been in the spotlight numerous times. Let’s find out all there is to know about them.

Who Are Deborah Bradley and Jeremy Irwin?

Deborah Bradley and Jeremy Irwin are the parents of Lisa Irwin, the baby who went missing in 2011. Lisa Irwin was born to her parents on November 11, 2010, in Kansas City, Missouri. On October 4, 2011, Lisa Irwin disappeared from her Northland residence on North Lister Avenue. Deborah said that she had last seen Lisa on the previous evening of Lisa’s disappearance when she had gone to put Lisa to bed. She had subsequently checked up on her daughter at 6 p.m. and then again at 10:00 p.m. Jeremy returned home from a late-night shift, at around 4 a.m. of October 4, 2011.

After sensing something wrong, he rushed to his daughter, only to find Lisa’s crib empty with no trace of the baby. The investigation that followed, took into account statements from two witnesses who claimed to have seen a man walking down the street with a baby. The police were able to find a man matching the description of one witness, but the other witness claimed that the photo did not match their recollection of the man they had seen. The investigation yielded no fruitful result. To this date, Lisa’s parents have not given up on their hopes and continue to search for their daughter, who turned 10 in 2020.

Where Are Deborah Bradley and Jeremy Irwin Now?

In an interview with Associated Press, Deborah Bradley had said that she had failed a lie detector test, following which the police had accused her of being involved in her baby’s disappearance. She further added to her statement that she was never shown the results of the alleged test and was also denied access to any information the police might have had about her baby.

Jeremy Irwin, Lisa’s father, made an appearance on the ‘Today Show’ for an interview regarding the events, where he said, “We just want to make sure that we tell everybody that we’re still cooperating. We’re still talking to the police. We’re doing everything we can to try to find Lisa and bring her home”. The parents have launched a website that hosts the advertisement for their missing daughter, promising $100,000 as a reward to anyone who can give them information on the whereabouts of their child. As of December 2020, Deborah and Jeremy are still on the search for their daughter.

Read More: Lisa Irwin’s Disappearance: What Happened to Her? Was She Ever Found?