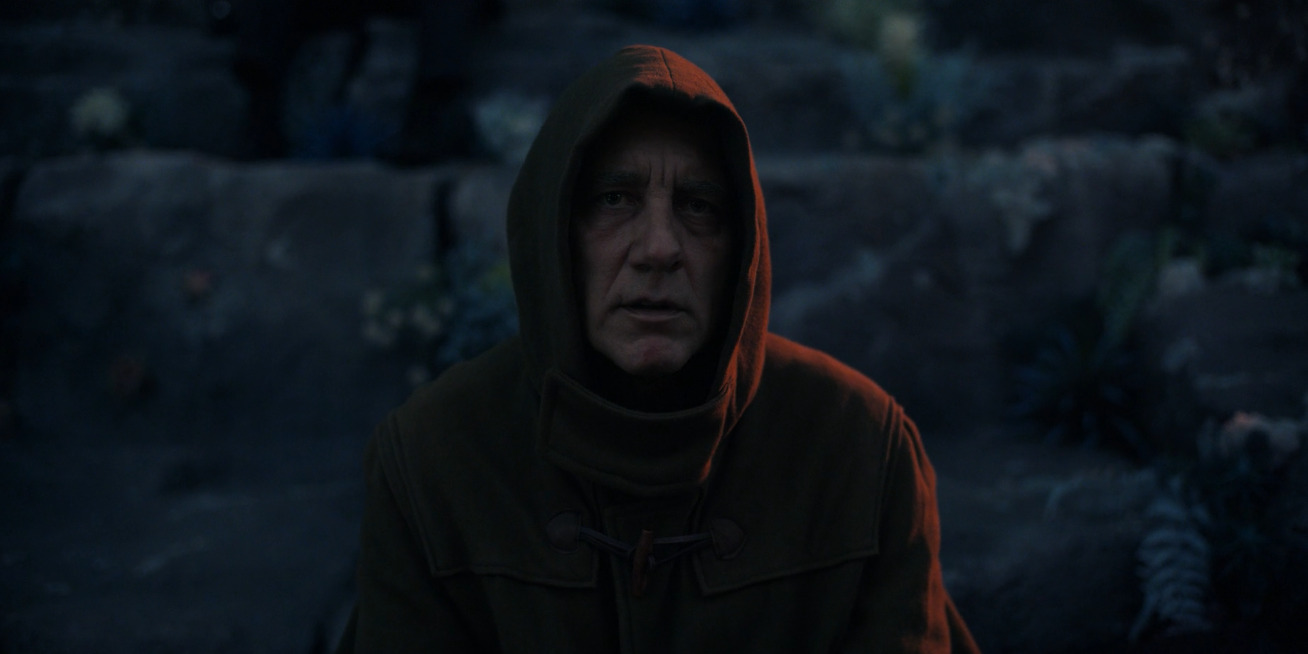 The author is seemingly dead, but his legacy still holds the power to wreak havoc on people’s lives. And when the people are those closest to him, we as audiences come across a peculiar problem – are the books of Scott Landon more important, or is it the interpretation that holds the real power? People make truth out of what they want to believe. Chilean filmmaker Pablo Larrain gives a magic realist touch to create an ambiance of psychological horror in Stephen King’s original teleplay ‘Lisey’s Story.’ The story, however, is as much of Scott, Lisey’s absent present husband, as it is of Lisey. It is about the animate and complex inner world of Scott. The fourth episode, ‘Jim Dandy,’ picks up right from the cliffhanger of the previous episode. Jim Dooley has broken into Landon’s household, and the horrific torture of Lisey in the hands of psychotic stan Dooley is visually disturbing, to say the least. But the healing process takes Lisey through labyrinthine alleyways of memory to the imaginative world of Scott. If you have questions popping in your mind after the finality of the episode, let us dissect it for you. SPOILERS AHEAD.

The story begins with Jim Dooley choking Lisey with a plastic bag. Lisey knows something is up, but Jim approaches from behind. Jim thinks he is Captain Black from Scott’s ‘Empty Devils.’ Jim’s sexist worldview does not allow a woman to have a meaningful relationship with a partner – he is of the opinion that Lisey’s role in Scott’s life was limited to “warming his (Scott’s) beds.” The sandwich-chewing pizza-cutter hurling madness is too much to take for Lisey, and her plight, in turn, is too much to take for the audience. When Lisey says that there is a sequel of ‘Relic’ that has not been published yet, Jim thinks that she is lying. He hurts Lisey, and when Lisey calls him a thief, he beats her some more. After mutilating Lisey’s chest, Dooley takes the unpublished manuscript along with him. When the policeman calls at night, Lisey does not tell him anything. 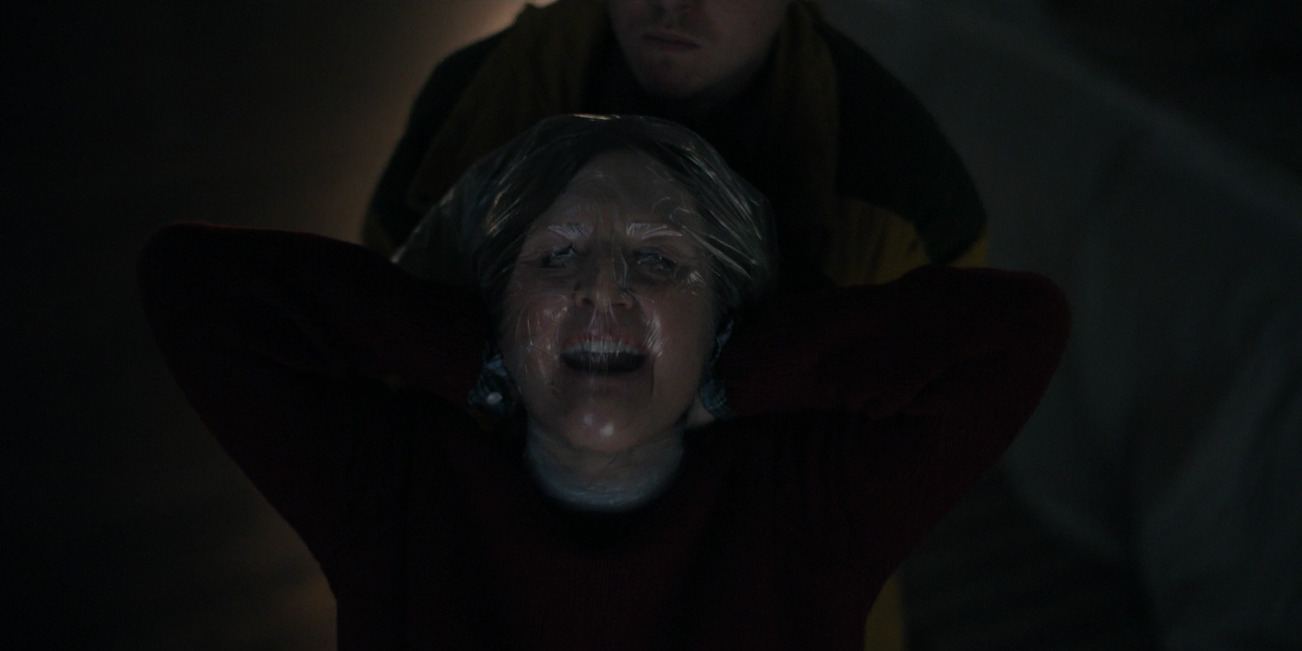 As self-doubt creeps into Lisey’s mind, she is taken back to her second journey to Sweetheart Hill, and the series shows us Scott’s inner world of Booya Moon in detail for the very first time. We have seen the pool from the beginning, but we are introduced to it through the voice of Scott only when Lisey remembers it. Amanda gets the premonition that something bad has happened to Lisey. On the other hand, Lisey remembers seemingly discordant moments. Lisey remembers the time when Lisey went to Amanda to talk about Scott’s changed behavior, and how Scott took her back to the Booya Moon. In the hidden world of intrigue, they encounter a humanoid creature called Long Boy. In the past, Scott remembers the time when he and Paul would go to Booya Moon in childhood, and how Paul would walk towards the Long Boy. Memory only gives her more pain, as she comes to remember Scott’s gradual descent into his inner world.

Shortly after the scene of Long Boy with Lisey, we see Scott’s father. Through visual association, the viewers are made to think that Long Boy is actually a representation of Scott and Paul’s abusive father Andrew, who, we have seen, was quite tall. In the childhood scene, Paul deliberately walks in the direction of Long Boy and gets himself injured. Scott takes him to the pool to heal his wounds. We have previously seen how their father would scar Paul in an attempt to let out the bad. The demon comes from outside, and in this fantastical world, Paul becomes drawn to the demon because of the so-called “bad” in him. Therefore, it is quite likely that the long boy is at least partially inspired by the father. Although, in a broader sense, it is perhaps a personification of Scott’s fear. 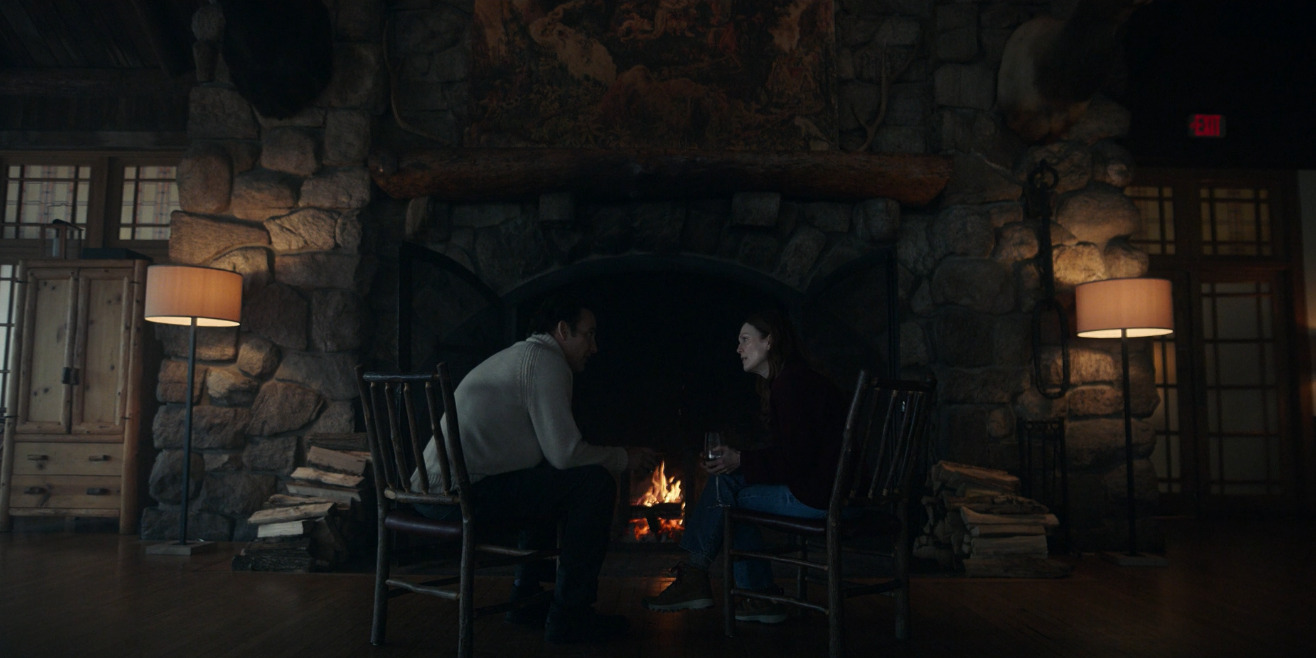 Why Does Lisey Not Tell the Police?

Jim Dooley’s torture and abjection of Lisey gives the story a sinister and bleak turn. The sheer visceral plight of Lisey is almost unbearable, and still, Lisey chooses not to tell the police. The police are seemingly guarding the area, but Dooley still manages to flee the scene without getting caught. Lisey does not tell the police, firstly because Jim threatens to kill her sisters and then her. Secondly, cutting as a remedy holds a unique place in the belief system of the Landon family. Therefore, Lisey utters to herself that she is only a Landon by marriage. And the incident makes Lisey remember her special place in Scott’s life. The shock makes her remember the corners of memory that she chose to keep in darkness until now.

Is Jim Dooley Going to Return?

Jim Dooley has taken the manuscripts to Professor Dashmiel for publication, but at least he is gone for now. But Lisey can’t stay imprisoned in her home for long. Sooner or later, somebody would find out about the break-in (maybe Darla?) and a hunt for Dooley would begin. On the other hand, if Lisey gets the police involved, Jim would come after her sisters, and he will probably begin with Manda Bunny since she is an easy target. We are yet to see how the story unfolds in the future. We only hope that Jim gets duly punished for the crimes.