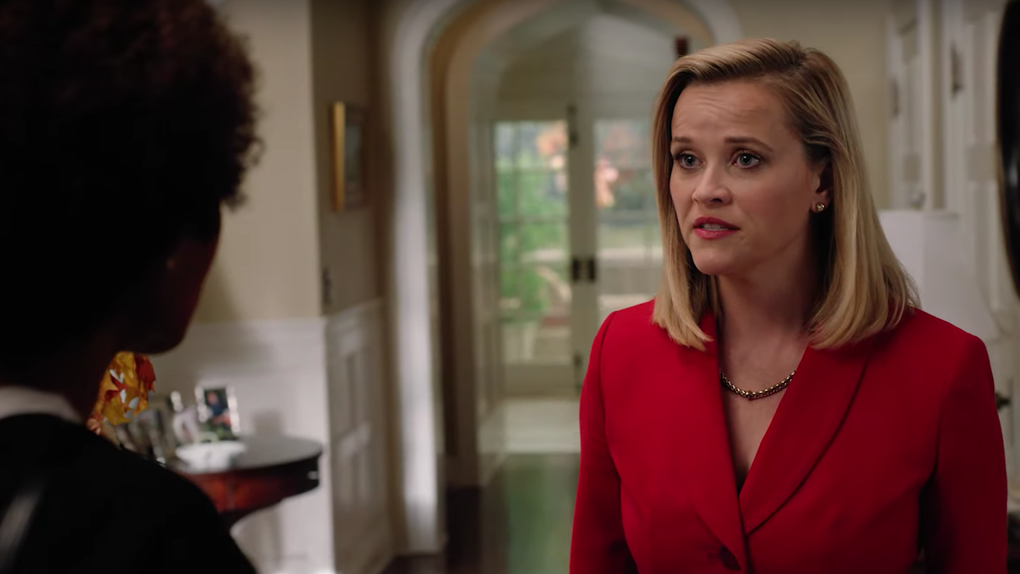 Hulu’s ‘Little Fires Everywhere’ catches fire gradually, from little ashes that slowly turn into a raging inferno by the third episode of the series. The mini-series is an adaptation of Celeste Ng’s novel of the same name and presents an intensely dramatic tale with a theme of motherhood at its core.

The show follows a picture-perfect, wealthy, Caucasian family who rents out their other home to a nomadic artist and her daughter. Soon the two families’ lives begin to get intertwined. With starkly contrasting dynamics and outlooks, their complex relationship reaches a dramatic pinnacle with the involvement of a custody battle. The nomadic artist, Mia’s coworker realizes the baby that she had to leave on the streets due to her financial situation got adopted by a friend of the Caucasian family.

Linda is getting paranoid about losing her baby, Mirabelle. Her anxiety is heightened because of the fact that she has lost several children to miscarriages. Elena finds out that Bebe came to the party in Mia’s car by looking at the police report of the incident.

Izzy helps Mia with her art at her house. She offers to enter Mia’s apartment on her own later to help. Mia dreams of Linda driving to her house to take Pearl away. Later, Mia calls her gallerist, Anita to find out if she can sell any of her pieces for $30,000 to help Bebe with the custody battle. Anita tells Mia that only one piece can make her that much money, probably indicating the painting in Mia’s living room.

When Elena brings up the police report, Mia tells her that every broke person in the United States owns a car like hers. Trip advises Moody to ignore Pearl and treat her poorly if he wants to get with her. Moody thinks that it won’t work with Pearl and tells Trip that he could never make a girl like Pearl fall for him (Trip).

Elena asks her husband, Bill to place an order from the restaurant that Mia works at. She sees Bebe working at the restaurant when she goes to pick up the order. At Elena’s home, Mia leaves a ring in Izzy’s room and takes a few inconsequential things like bills and post-its with her.

Elena tells Linda that Bebe might be preparing for a custody battle. She suggests talking to Bebe calmly and offer her money. Elena goes to Bebe’s house and offers her a cheque and help with her immigration. Bebe asks Elena how much money she would sell her own children for and refuses to take the cheque.

Pearl offers to help Trip with maths. At Pearl’s home, the two end up kissing. When they have sex, Trip loses his erection and tells Pearl that she should not have made a move on him since Moody likes her. Elena confronts Mia at the former’s house. She tells Mia that she has no regard for rules and calls her and Bebe terrible mothers. Elena asks Mia why she chose to work for her. Mia tells Elena that she did it to protect Pearl from her (Elena). Elena fires Mia.

Pearl asks Mia why she needed to help Bebe. Mia tells Pearl that she cannot go to the Richardsons’ house. Pearl goes to Elena crying. Elena tucks her in bed. Mia furiously drives in the rain to take Pearl back home.

Mia decides to sell a self-portrait from the time she was pregnant. She and Bebe go to a lawyer. They decide to publicize their case and a televised news report favoring Bebe is aired by them. Mia’s new art piece is revealed: multiple, long photo strips that coalesce to form Elena’s face. Mia burns the strips and takes photos of it.

The previous episode of ‘Little Fires Everywhere’ turns out to be a watershed moment for the mini-series. However, after a relatively slow first two episodes, the question in viewers’ minds must have been whether the Hulu adaptation is able to cash in on the momentum of the third episode.

Fortunately, the fourth episode manages to take off from the intensity of the third episode. The set pieces finally seem to be coming together to form an overarching painting. The tussle between Mia and Pearl functions on multiple facets and the tiny seeds of conflict seem to finally bear visible buds. The Mia-Izzy and Elena-Pearl “maternal swap” is becoming especially interesting.

Moreover, the fourth episode finally provides some inkling into the fire mystery that was teased in the opening scene of the series. With Mia’s burning art piece, the story has been kicked up a notch. ‘Little Fires Everywhere’ ceases to be a regular drama with nothing out-of-the-ordinary happening as the custody battle takes center stage. One of the benefits of the series taking its time to bring the central plot arc to the fore is the fact that all the characters are now well-established and viewers can expect an engaging and controlled play with the puppets firmly in place.