What Happens to the Little Girl Iris in The Midnight Sky? 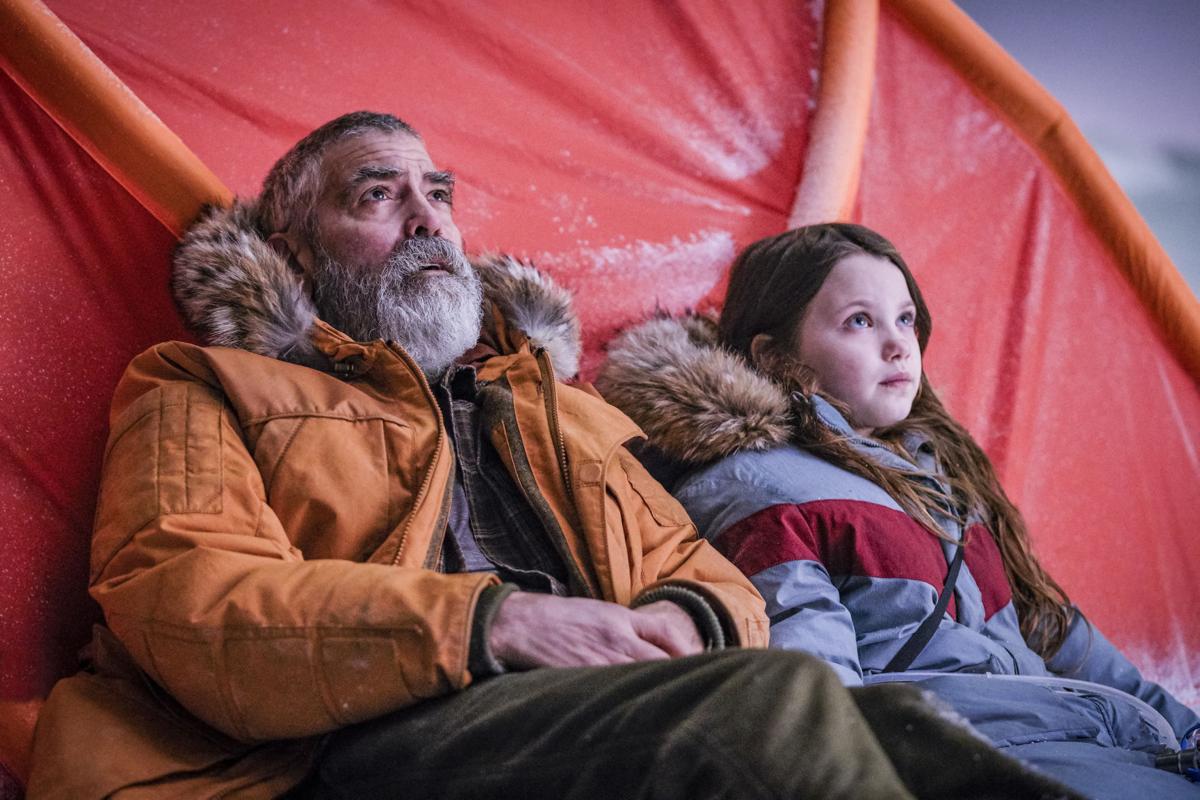 ‘The Midnight Sky’ is a science fiction film that looks at the aftermath of an apocalypse in 2049. George Clooney, who has also directed it, stars as Augustine Lofthouse, a man who tries to alert a spacecraft about the debilitating condition of Earth before they return. To do so, he must journey across the Arctic Circle and brave many obstacles along with his companion, a young girl who is named Iris.  If you’ve seen the film, then you may just be wondering what ends up happening to young Iris. After all, the climax is quite an emotional one, and some pertinent information also comes to light. So, without further ado, let’s get right into it, shall we?

What Happens to the Little Girl Iris in The Midnight Sky?

The first time we see Iris is when she hides under the counter in the wake of a fire in the kitchen. Augustine thinks he is all alone at the Barbeau Observatory, and he’s terminally ill anyway, so he doesn’t care to evacuate the toxic environment. But when Iris enters the picture, everything changes. After all, she has her whole life ahead of her. Although he tries to find her family, it is a futile attempt.

Then, Augustine tries to warn the only remaining active space mission, Aether, about Earth’s inhabitable condition. However, the antenna at the facility is quite weak, and so he heads off to the Lake Hazan base with Iris. It takes time for Augustine to warm up to the young girl, but once he does, he looks after her well. For example, when they come across the wreckage of an airplane, Augustine tells Iris to stay back since he knows that dead bodies are quite graphic for young children.

At one point, there is a harrowing snowstorm that makes the visibility very poor. In this scene, Augustine loses track of Iris and is consumed by feelings of sadness and defeat. Just as he is about to give up, Iris shows up and brings the sun with her. Eventually, the two end up making it to the Lake Hazan base, where Augustine is able to get in touch with Aether. After Augustine’s and Sully’s last conversation, it becomes clear who Iris is and what has happened to her. You see, the young Iris is actually a figment of Augustine’s imagination.

Are Iris and Sully the Same Person?

Yes, they are. Iris Sullivan is actually Augustine’s daughter. Unfortunately, since he was always so involved with work, he didn’t devote any time to his family. Jean, who was not okay with this, left him and took Iris along. It’s as if his latent paternal wishes are coming to the forefront, especially since he knows that he isn’t going to survive for much longer. Consequently, the young girl, Iris, that accompanies Augustine throughout the Arctic is simply his imagination.

Augustine knows that he is staring death in the face, and it seems likely that he conjured up images of Iris so as to ensure his own survival subconsciously. But what really ties the whole narrative together is when Sully unknowingly reveals that she is, in fact, Augustine’s daughter, Iris. (Sullivan, or Sully, is actually her last name). If you’re still confused, then don’t worry. We’re going to simplify this even further. What you must know is that by the end, there are actually 2 versions of Iris that are juxtaposed to show Augustine’s reality.

The young girl that goes with him from the Barbeau Observatory to the Lake Hazan base is just a figment of his imagination. It seems to be the case that his mind is playing a trick so as to ensure his own survival. Furthermore, it is probable that Augustine regrets not being able to spend more time with his daughter when he had the chance. So in his last moments, he “chooses” to finally get to know Iris. 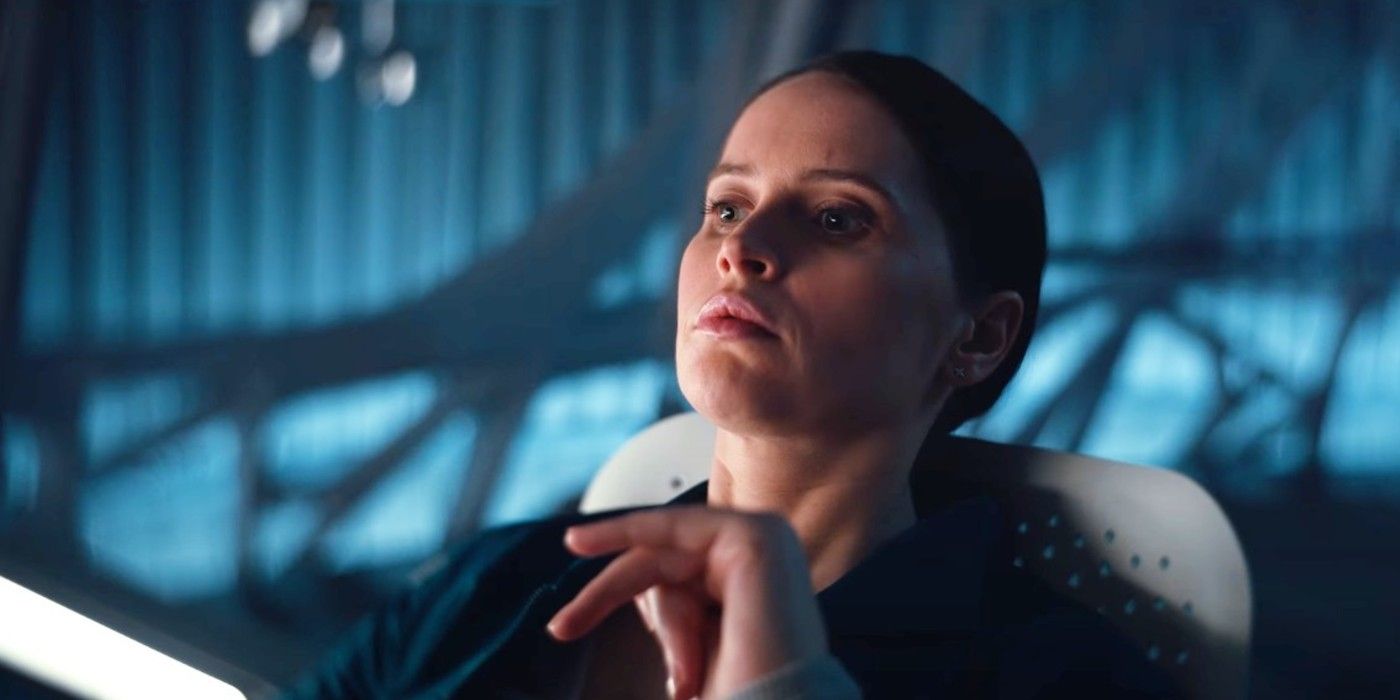 When Sully realizes that she is talking to the renowned Dr. Augustine Lofthouse, she tells him that he is the very reason that she joined NASA. In fact, she also tells him that he worked closely with her mother, Jean, and even mentions a special gift given by him. She then goes on to introduce herself as Iris, and this is when we realize that Sully is his real daughter. This conversation is very emotional for Augustine, but hey, he finally gets to meet Iris.

Is Iris Alive or Dead?

In one of the last scenes in the film, the aged Augustine and the young Iris are shown on the surface of K-23, enjoying the moon and its suitable conditions. As Sully continues to describe what it felt like there, it seems as though Augustine simply imagines himself on the moon with his daughter. However, in a few moments, the image of young Iris disappears, and even Sully loses contact with Augustine. Despite the somewhat confusing imagery, we think that it is Augustine who dies and not Iris.

You see, Augustine has been carrying around guilt and regret, but this final conversation gives him some form of closure. It’s almost as if he’s been (unknowingly) holding on to dear life just so that he can see where his daughter is today. So once he gets all the answers he needs, his mind does not need to continue to play any tricks. He can finally rest, knowing that his daughter has grown into a strong, capable woman. Furthermore, Iris is Sully in reality, and she is headed to the K-23 moon. She is humanity’s last hope, and she is very much alive.