‘Loki’ season 1 finale — titled ‘For All Time. Always.’ — effectively deconstructs the MCU in such an absolute way that things will never be the same. Loki (Tom Hiddleston) and Sylvie (Sophia Di Martino) arrive at the apparent end of their journey and enter the Citadel at the End of Time. They eventually meet the creator of the TVA and unifier of the Sacred Timeline and learn that they will have to make a choice that will have consequences across the multiverse. Here is everything you need to know about the ending of ‘Loki’ season 1. SPOILERS AHEAD.

Loki’s life hasn’t been the same since he escaped with the Tesseract and was apprehended by the TVA. He has realized that his belief in the “glorious purpose” is nothing but a delusion of grandeur. The Main Loki was always meant to die at the hands of the Mad Titan. But Loki has always been a survivor, so he agrees to help the TVA catch one of his Variants. That Variant turns out to be Sylvie, who has been on the warpath against the TVA since they wrenched her away from her timeline. When the two of them spend time together, they grow close and create an unprecedented Nexus event.

Loki eventually finds his own sense of purpose by helping Sylvie reach hers. Together, they face off against multiple apocalypses, the TVA, the literal end of time, and the mind-numbing beast that guards it and persevere through it all before confronting the one entity that established the TVA and merged all timelines to create the Sacred timeline. 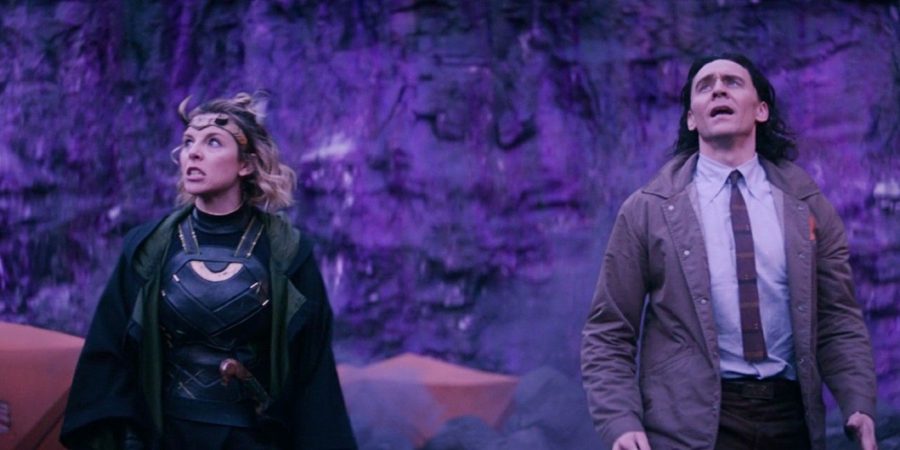 In the season finale, as Loki and Sylvie enter the citadel, Miss Minutes appears before them, offering things on her master’s behalf that, under any other circumstances, they wouldn’t have refused. She offers Loki victory against the Avengers and Thanos and the throne of Asgard. To Sylvie, she proposes a lifetime of happy memories. She even offers them a reality where they can exist together. But Sylvie sees through it all and calls it what it is — a lie.

Meanwhile, Mobius (Owen Wilson) confronts Ravonna (Gugu Mbatha-Raw). Soon, their conversation about order and free will becomes an argument about who betrayed whom. Ravonna’s faith in the TVA leadership hasn’t waned even a bit. She ardently believes that the TVA is a force of the greater good. While this is happening in the TVA, Hunter B-15 (Wunmi Mosaku) is in Freemont, Ohio, in 2018, showing Hunter U-92 the truth.

In the Marvel Cinematic Universe, He Who Remains (Jonathan Majors) is the creator of the TVA. As he tells Loki and Sylvie, he has gone by various names over the millions of years he has been alive; one of them is, of course, Kang the Conqueror (set to be portrayed by the same actor). He was originally an Earthling, a 31st-century scientist who found out about the multiverse and learned that infinite universes are stacked on top of each other. The Variants of He Who Remains were successful in reaching out to one another. Initially, it was a peaceful exchange of ideas and information. 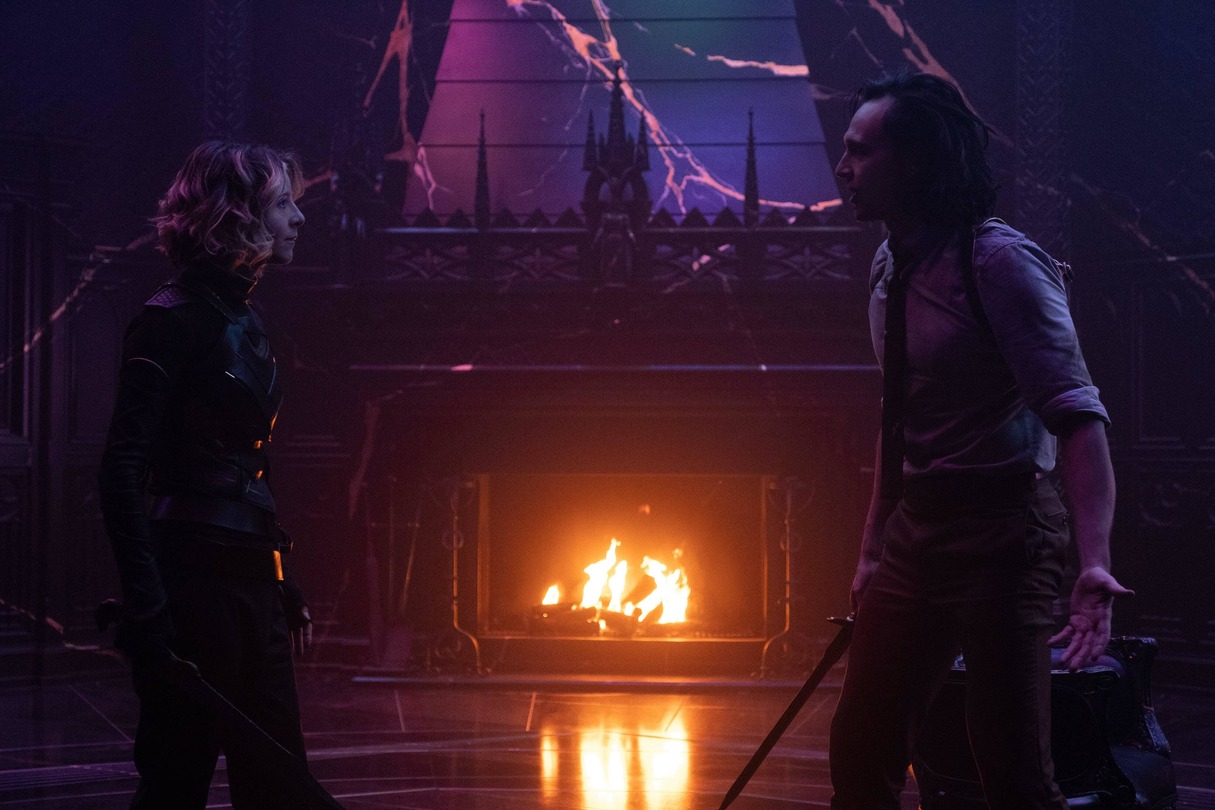 But inevitably, some Variants thought that the existence of multiple universes offers them the opportunity to expand their empires. This results in an all-out war that engulfs the entire multiverse. Ultimately, the original Variant, the one Sylvie and Loki are speaking to, found Alioth and tamed it. He harnessed the creature’s powers to end the war and separate his timeline from others. To ensure that there won’t be any more branches, he set up the TVA.

What Choice Does He Who Remains Offer Loki and Sylvie? 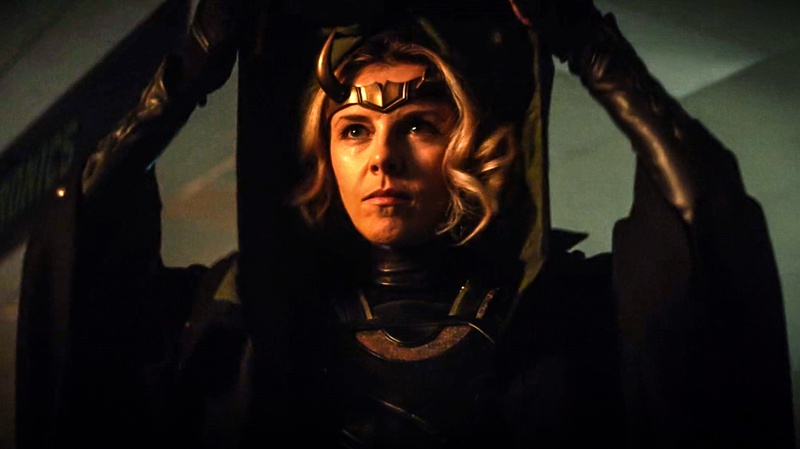 He Who Remains tells Loki and Sylvie that his death would bring his Variants into their universe. According to him, they are far more dangerous than him. He lays out their choices before them. They can kill him and have their vengeance and witness his Variants tearing apart their universe, or they can replace him as the head of the TVA and keep the entire mechanism going for another eon. When Loki asks why he is willing to give up such power, He Who Remains answers that he is too tired. He has spent millions of years protecting the universe from versions of himself. Now, it’s time for the “young” and the “hungry” to take over.

Who Kills He Who Remains? Is the Timeline Now Free?

Sylvie kills He Who Remains. She sees the cosmic entity as the primary reason for all her misery and suffering. Since she was a child, every moment of her life has led to this confrontation. In a way, killing He Who Remains and destroying the TVA has become her glorious purpose. After He Who Remains has said his piece, Loki comes to agree with him reluctantly. But for Sylvie, her insatiable longing for the things she has lost as a child is still there. She and Loki fight as the latter tries to convince her that they must not kill He Who Remains for the greater good. 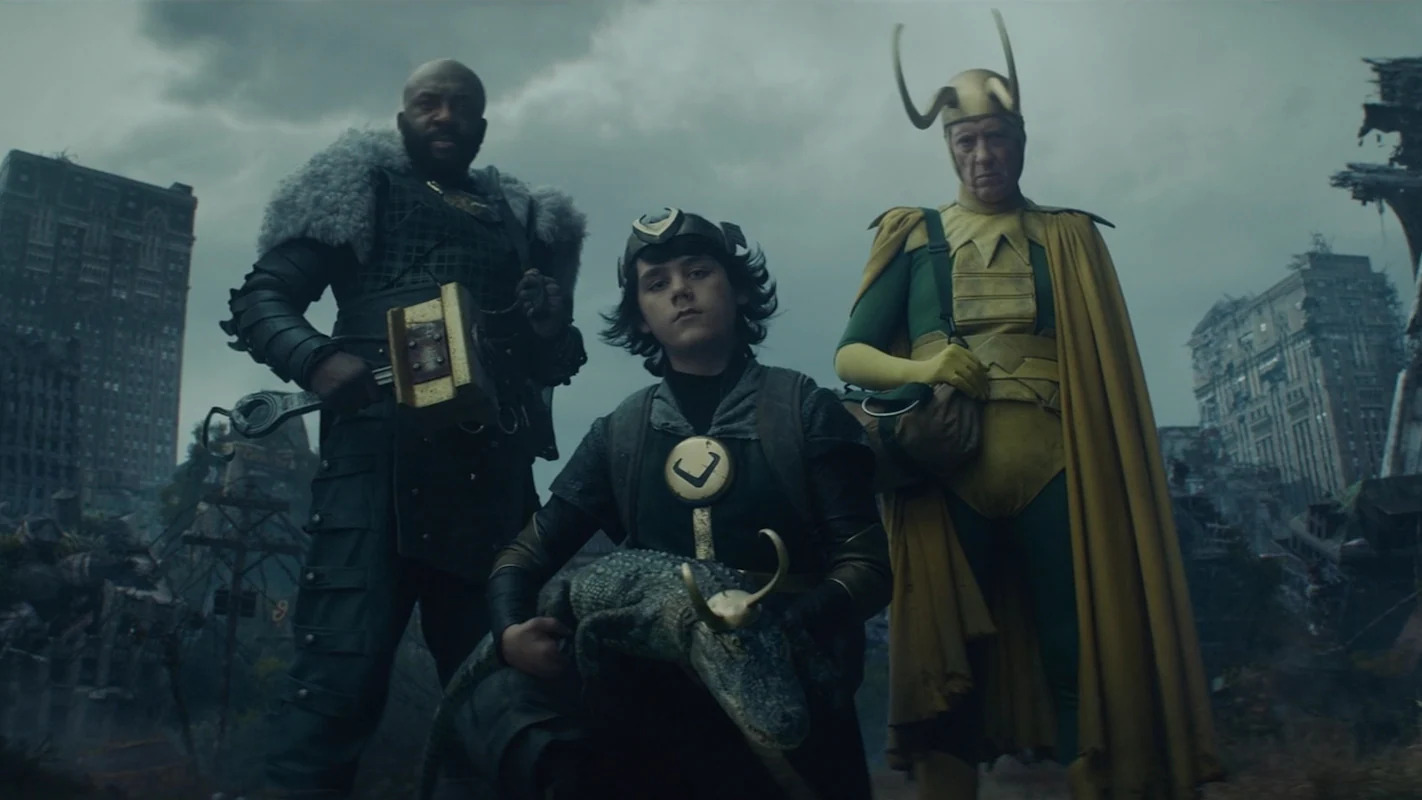 She seems to agree with him and kisses him before asserting that she is not him and pushing him through a teleportation door. She then plunges her sword into He Who Remains, killing him and effectively freeing the timeline. She has spent all her life running from one apocalypse to another; it’s almost understandable that she is willing to see the entire multiverse burn to get her vengeance.

Where Is Ravonna Going?

The relationship between Mobius and Ravonna has been one of the key sub-plots of the first season of ‘Loki.’ They have known each other for countless years. However, the arrival of the Loki Variants begins to fracture that bond. Since Mobius has learned that he is a Variant, he has undergone significant changes. His advocacy for free will is a direct result of those changes. However, Ravonna doesn’t change at all, even after getting the inclination of what the TVA might have taken from her. 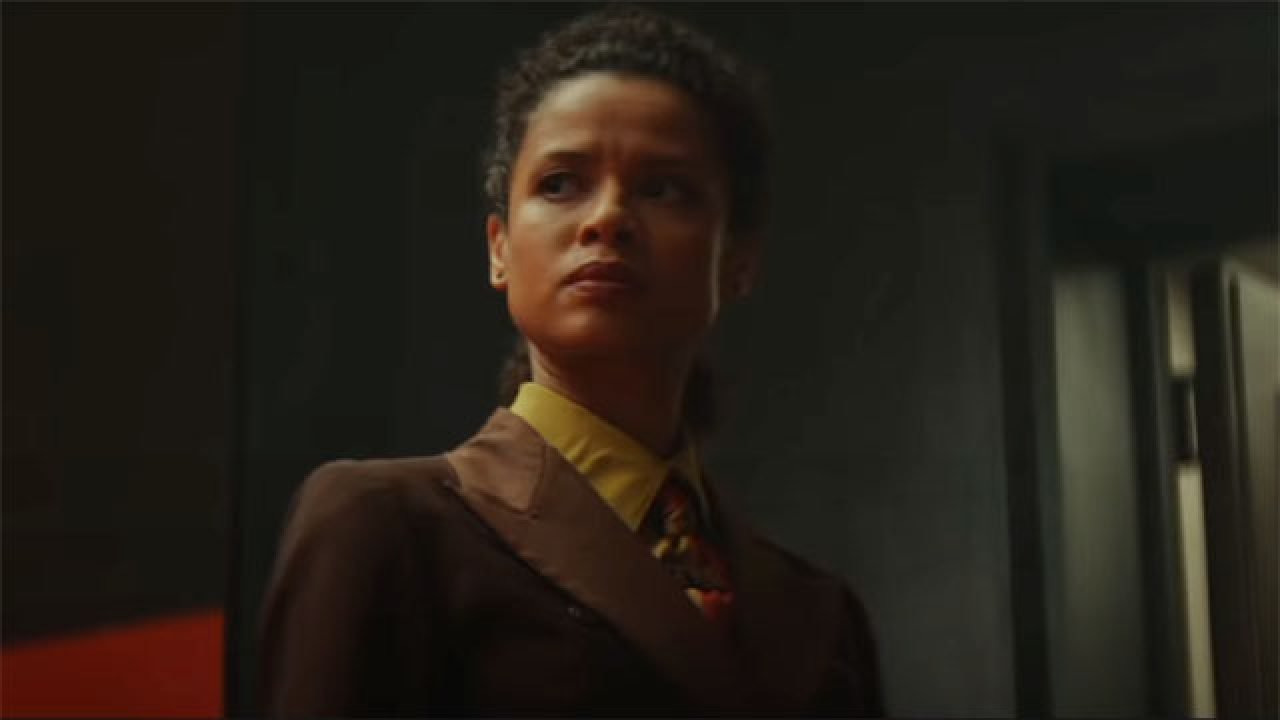 If one possible reason for her decision is her blind loyalty toward the TVA and its unknown leader, another must be that she already knows who the real leader of the TVA is. In the comics, Kang and Ravonna have been romantically involved. There is no reason why that can’t happen in the MCU as well. Ravonna seems to receive an assignment from He Who Remains through Miss Minutes. When Mobius finds her in her office, she seems to be getting ready to go somewhere. We are not given a precise idea about her destination. When Mobius asks her the question, she answers that she is going to find free will. She is likely heading out to complete the final mission that He Who Remains has given her. 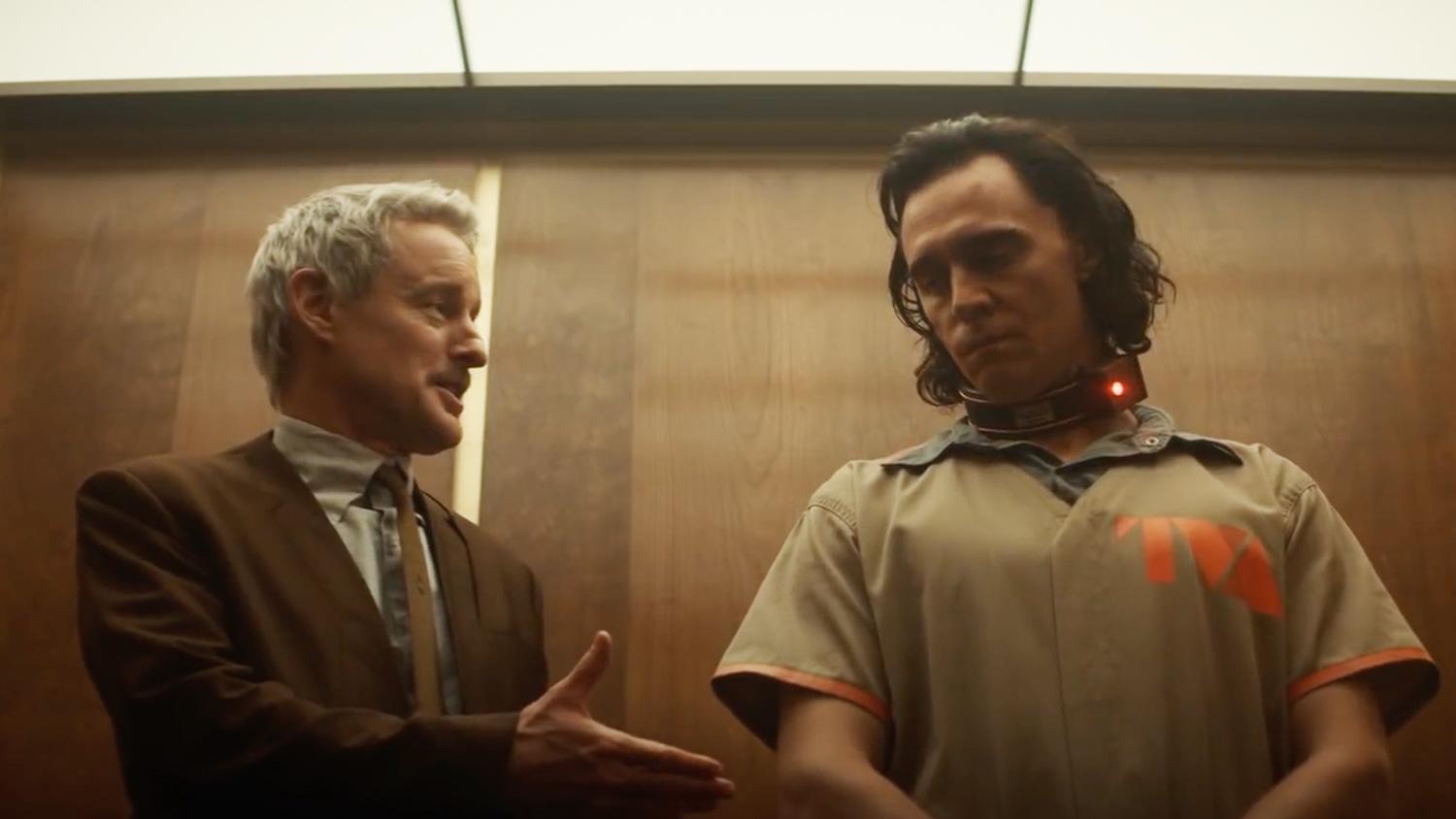 After Sylvie sends him through the teleportation door, Loki ends up in the TVA headquarters. And then Sylvie kills He Who Remains, and the Sacred Timeline begins to branch out. Loki finds Mobius and Hunter B-15 and tries to tell them what has happened, but neither recognizes him. The reason for this can be explained through the He Who Remains statue that Loki sees. In the Sacred Timeline, the TVA has the statues of the three TimeKeepers. This means that Loki is in the TVA headquarters of another universe, in which the TVA employees know that He Who Remains is their leader.