Long Table Pancakes Shark Tank Update: Where Are They Now? 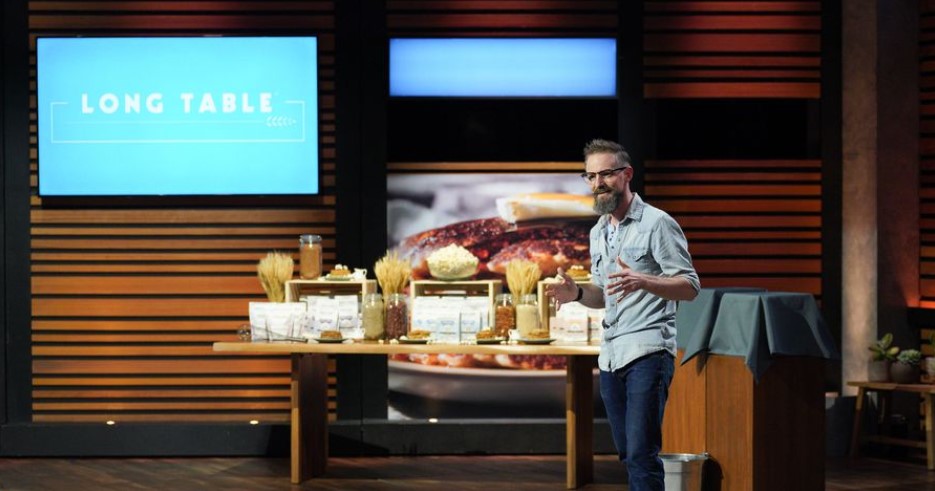 With the food industry overflowing with a high-yielding variety of foodgrain, the importance and demand for heirloom grains have increased significantly in recent times. Heirloom grains, which have been passed down through generations and grown for their taste and quality, offer a far better nutritional value than what’s available on the market.

Determined to put such a situation to his advantage, entrepreneur Samuel Taylor came up with the company, Long Table Pancakes, through which he sells pancake and waffle mixes made from heirloom grain. Although the product is pretty niche, the interest in Long Table Pancakes grew tenfold after Samuel appeared on ‘Shark Tank’ season 14 episode 10. Well, let’s take a closer look and chart the company’s growth, shall we?

Long Table Pancakes: Who Are They and What Do They Do?

Samuel Taylor, the mastermind behind Long Table Pancakes, seems to be well-versed in English Literature and has enjoyed an illustrious professional career to date. While he is known as the author of two books, namely ‘My life with the Shakespeare Cult’ and ‘Blueprints for a Shakespeare Cult,’ he is currently employed as a part-time lecturer at the University of Chicago, where he teaches the Playhouse Shakespeare technique.

Additionally, Samuel also co-founded The Back Room Shakespeare Project, which started in Chicago in 2011. It features actors who rehearse and perform single-character Shakespeare plays in Bars across the United States. While Samuel presently functions as the Executive Artistic Partner for The Back Room Shakespeare Project, he is also involved as an actor and is pretty passionate about his work. Interestingly, Samuel Taylor did not have any experience working in the food industry when he started Long Table Pancakes in 2015.

However, Samuel mentioned that he despised how high-yielding variety food grains took over the market, and consumers were forced to purchase an inferior product as there were no other options. Hence, determined to combat such an issue, Samuel came up with the idea of Long Table Pancakes, which uses only Heirloom grains in its mixes. While Heirloom grains are passed down from generation to generation and grown for their taste and quality of nutrients, Samuel stated that he wanted the younger generation to understand the value of family.

Taking that thought into account, the name of his company reflects how generations used to sit together at a long table, and food would be passed down from the eldest to the youngest. Moreover, Samuel takes great pride in his company’s ability to procure all-natural ingredients, and while his mixes contain blue corn flour, popcorn flour, and sorghum flour, he has even introduced a gluten-free version.

Where Are Long Table Pancakes Today?

When Samuel started Long Table Pancakes in 2015, he was determined to keep everything natural and adopted a direct farm-to-table approach for his supply chain. Besides, he even began supporting low-till farming, cover cropping, crop rotation, and other regenerative farming techniques through his company. Currently, Samuel procures most of his raw material through the Artisan Grain Collaborative, a network of farmers, bakers, chefs, businesspeople, and others throughout the Upper Midwest, which encourages the use of Heirloom grains and promotes sustainable farming methods.

At present, Long Table Pancakes products are available through their official website as well as several brick-and-mortar stores around the United States. While the mixes come in different flavors, namely Windy Point, White Knight, and 1776, a 16-ounce pack of pancake and waffle mix will set you back by $11.25, although bundles offer additional discounts. On the other hand, the company sells different flavors of Maple Syrup that cost between $6 to $18.95, as well as occasional packs of Heirloom grains. One can attribute Long Table Pancakes’ incredible growth to Samuel’s hard work, and we are sure that the company will find further success in the years to come.