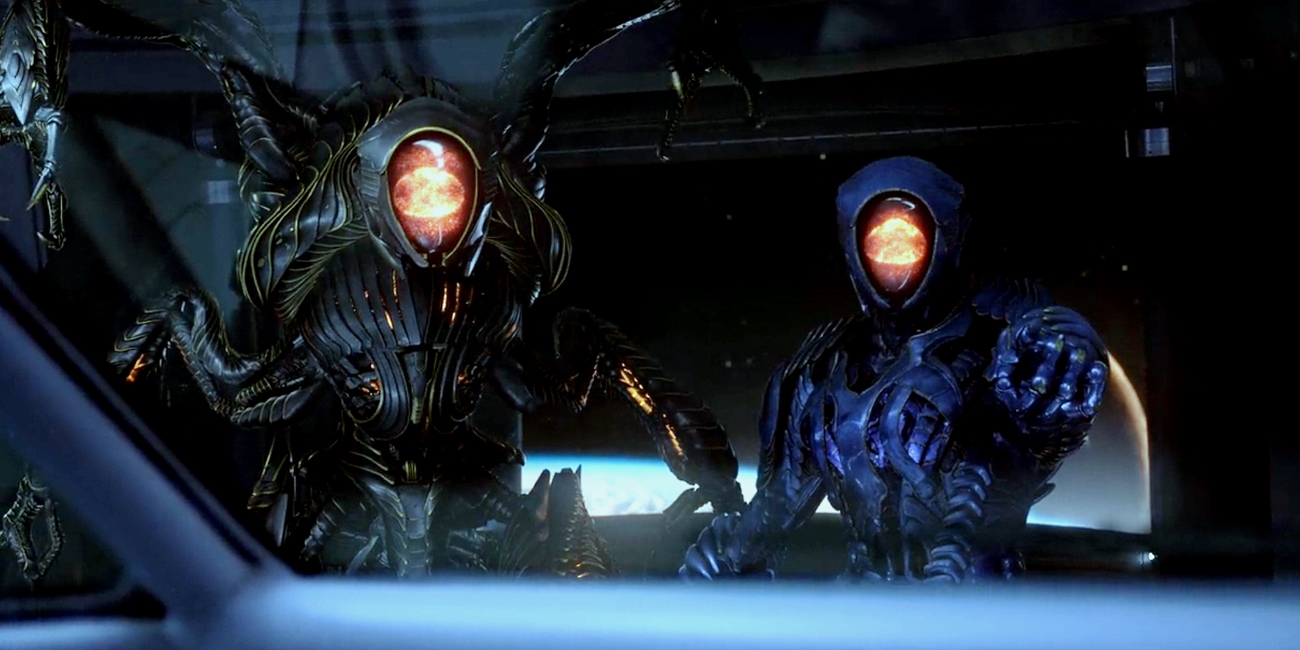 The third episode of ‘Lost in Space’ is titled ‘Echoes’, and a couple of minutes into the episode, we understand its meaning. The Robinsons and Co are almost there, excited about the reunion with the Resolute. However, the last time we saw them, they had been hit by the fighting robots. It hinted towards the unfortunate fate of the people on board. In this episode, we find out exactly what happened seven months ago. SPOILERS AHEAD.

After locating the sonic signature of the Resolute, the Robinsons realise that they were not the only ones to have been sucked through the wormhole that took them all the way across the galaxy. After besting all the odds that had been stacked against them, the family can finally breathe a sigh a relief as they won’t have to fight anymore. At least, not alone. They look forward to joining the rest of the families. Smith, however, is not so happy about it. But she hasn’t given up yet. She finds a way to clear her name before the Robinsons turn her over.

Despite not getting a response from the Resolute, the Robinsons dock and enter the ship. They find it vacant and there are clear signs that point towards the fact that something bad took place here. They deduce that everyone must have evacuated. They are on their way back to the Resolute when a new threat makes them run for their lives.

Taking a break from the adventures, the third episode of this season adopts a mild tone of horror. While the first two episodes were more of a ‘Star Trek’, ‘Echoes’ falls in line with the sci-fi dramas like ‘Aliens’. This time around it is not so much as about fighting back, as it is about simply surviving. Taking down the action-packed spirit of the show by a couple of notches, it creates an atmosphere that accentuates the forlornness of the Robinsons.

They had been alone this whole time, but the cramped space of the Jupiter was enough to turn the presence of seven people into a crowded affair. But in the environs of the Resolute, which is supposed to house hundreds of people, the meaning of them being lost in space is stressed upon. The empty spaces also give way to the danger lurking around them. Every sound, whether made by them or the monster, becomes a deciding factor between life and death.

A change in tone serves the pace of the series very well. It allows the Robinsons, and us, to settle down from the breath-taking adventures but keeps them on their toes, enough to keep things interesting. Still, it is not as engaging as the first two episodes, though the comparison might seem unfair. Another thing that makes this episode a weaker one, though not a bad watch by any measure, is that it holds back from taking the horror factor further. It is great to have all genres of sci-fi getting mixed up in one crucible. It keeps things fresh and prevents all ten episodes from turning out to be the iteration of the same thing. So, if you are going to do it, you shouldn’t hesitate from truly adopting that tone.

Apart from this one thing, the third episode continues to make ‘Lost in Space’ worthy enough for the audience to jump on the next episode. The sharp storytelling shows and the pace is accelerated. This episode also takes its time to focus on the monsters. The alien robots come into focus, even if a bit fragmented manner. But special attention is paid to Smith. We get a glimpse into her past, what possibly turned her into the person she is, while also touching on the matter of whether or not she has a conscience.

By far, the second season of ‘Lost in Space’ has done a good job of keeping us engaged. This episode, in particular, could have been better, but that’s fine for now.