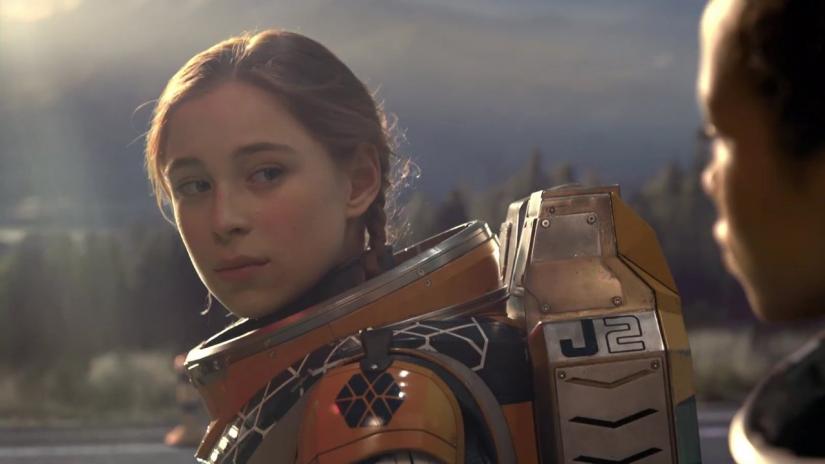 Entering the second half of this season of ‘Lost in Space‘, we find out that the show hasn’t lost its penchant to go bolder with the challenges that it has in store for the Robinsons and Co. It is also mindful of not losing the sight of its main characters, now that so many others are on board. The compartmentalisation has allowed it to flesh out their roles even better, and with ‘Severed’, we see it more in command of each of their narratives. SPOILERS AHEAD.

After giving Judy her moment to shine, ‘Lost in Space‘ turns its focus towards other Robinsons. Penny, who is still on the Resolute, comes across a life-threatening situation. What’s worse is that she gets caught up in it with Dr Smith. The thing that had been destroying all the metal on the planet finds a way to the ship, despite the strict quarantine of all metallic things. Rescue is promised to them, but with the thing eating away the ship, the options are limited. Eventually, when it comes to saving the entire ship and saving the four people who have been trapped because of it, the choice becomes clear. With no other Robinson on board, Smith convinces Penny that there is no hope for them. But they don’t know that Don West is there too.

Meanwhile, Will, Maureen and Adler land on the planet and begin their search for the Robot. As the sun goes down, they set up base camp in the deserted land. However, the dinosaurs that had chased Judy in the last episode show up. They prove to be even more dangerous when the humans realise that their new foe is a quick learner.

Continuing the streak of character development with problems that seem to have no solution, ‘Lost in Space‘ stays on track. Even though it puts the characters in the situations that are similar to the ones they have dealt with previously, the show manages to keep you interested. Even though you can guess what’s going to happen next, you still look forward to finding out how that happens and what that could mean for the protagonists. And it is not just the Robinsons.

Don West is the unsung hero of ‘Lost in Space’. All this time, he has been overshadowed by the genius of the people he has spent the last year or so with. There is clearly much more to him, and it is a shame that we don’t see more of him in action. This episode both accentuates this lament while also assuaging it.

Despite not being a Robinson by name, he has been in their vicinity for too long to not be considered family. He might be a smuggler, but he is a reliable one. He might be a criminal in the eyes of the law, but this doesn’t mean that he doesn’t have a conscience. He rises up to the occasion when needed, and we need more of him in this show.

Speaking of people with a conscience, the focus is also turned towards Dr Smith. When it comes to saving three out of four people, she counts herself as the first and foremost of them. She has spent most of her life protecting herself, because no one else would, which is why she is the first one to realise that the Captain of the ship will not take time to make the decision of cutting them off. We see her in action, doing what she is best at. However, a sudden turn in her behaviour comes when she doesn’t have to choose anymore. It is like seeing a villain use their superpowers for good. And again, we have that thought. Can she change?

No matter what its flaws (mostly the slightly repetitive nature of it), ‘Lost in Space’ has succeeded in surpassing its first season in terms of content, tone, character development and the overall story arc. With only four more episodes left, I hope the show doesn’t drop the ball.