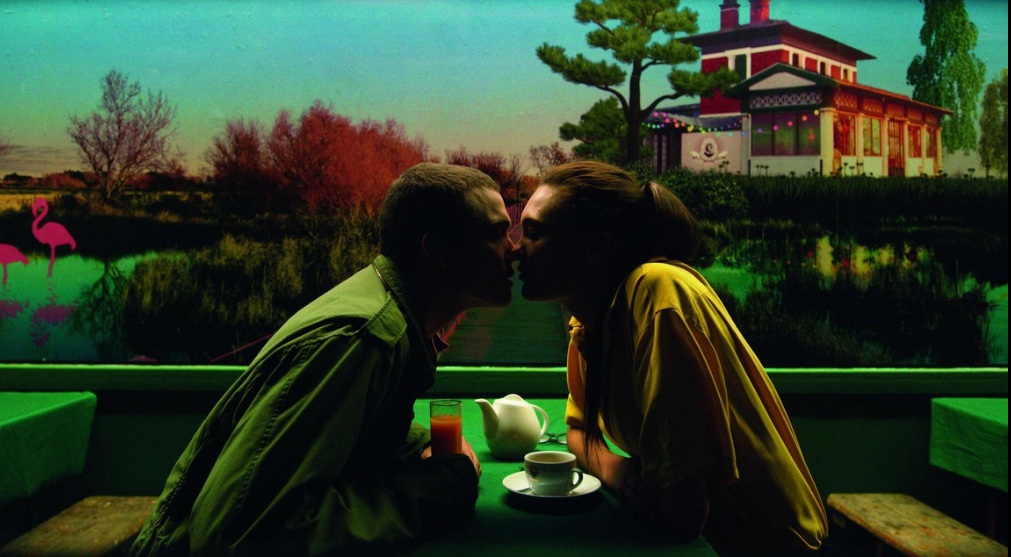 Although replete with extremely graphic sex scenes, Gaspar Noé’s ‘Love’ is a beautifully shot film. There’s an early scene in the film where its main character Murphy, an aspiring director, talks about making a film that captures the sentimentality of love and sex. This scene is probably a reflection of what Gaspar Noe intends to do with ‘Love’ because the movie very well manages to comingle these with its nihilistic yet impactful view.

‘Love’ is all about Murphy’s life, his lies, and his troubled thoughts. The film keeps shifting back and forth between Murphy’s past and present. While his past highlights the complications of his relationships, his impulsive choices, and his relentless drug use, his present reflects on how the seeds of his past have now bloomed into sour fruits of regret and despair. Murphy was once an aspiring filmmaker, who visited Paris to study cinema. That’s when he met a French girl, Electra, who he dated for almost two years. Their intense sexual relationship took a new turn when they decided to further embrace their deepest, darkest desires. As a result, they ended up having a threesome with their neighbor, Omi. However, when Electra wasn’t around one day, Murphy cheated on her and had sex with Omi. This resulted in Omi getting pregnant and completely shattered Murphy’s relationship with Electra.

In the present, it’s the first day of a new year and a troubled Murphy wakes up next to Omi, who is now the mother of his child. Murphy despises her, feels trapped with her, but there’s nowhere else for him to go. Electra has departed from his life but her memories still linger. To make things even worse, Electra’s concerned mother calls Murphy and tells him that she hasn’t heard from Electra for the past three months. Contrarily, she was the one who once questioned Murphy and his intentions with her daughter. The news of Electra’s unknown whereabouts further breaks Murphy and brings back all of the memories that he once shared with her—a relationship he did not embrace, the consequences of his infidelity, and the complications of his gratification-seeking youth. 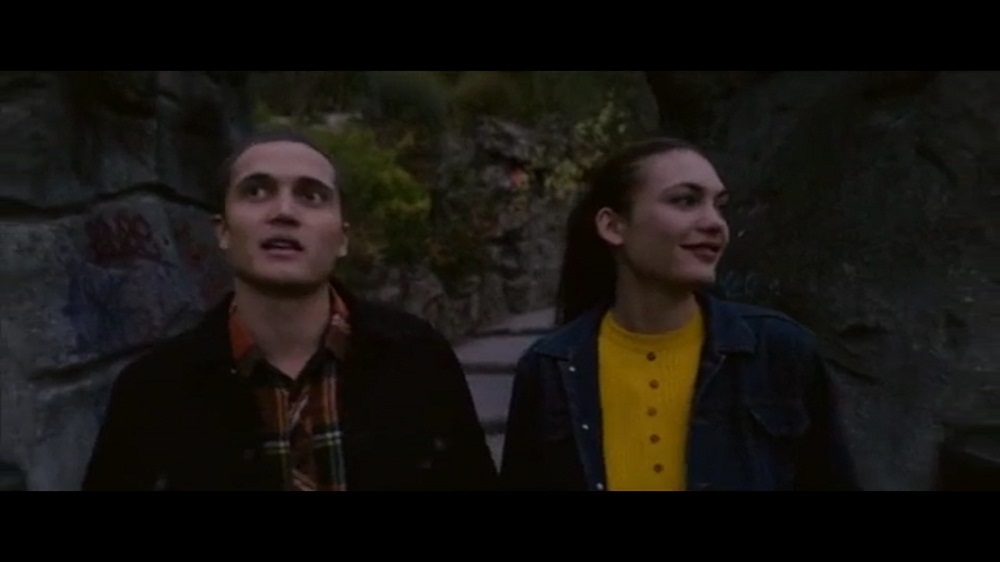 Throughout the film, there’s a stark contrast between Murphy’s present and his past not just in context with his relationship with Electra, but also with who he once pretended to be. There are sporadically distributed sections in the movie that highlight the very early stages of Murphy’s relationship with Electra. Among these, there’s a scene that specifically shows the first time Murphy met Electra. Purposefully foregrounded with a very bright backdrop, this scene almost appears as a dream where Murphy preaches about love and the meaning of life. In the meantime, Electra seems to be too lost in her unrealistic and idealistic expectations from love. “Life is love,” she says. Little do they realize that they’re both walking clichés during these moments. Murphy will never be the great filmmaker he thinks he’ll be and Electra will lose herself in her pursuit to meet her utopian views of love. 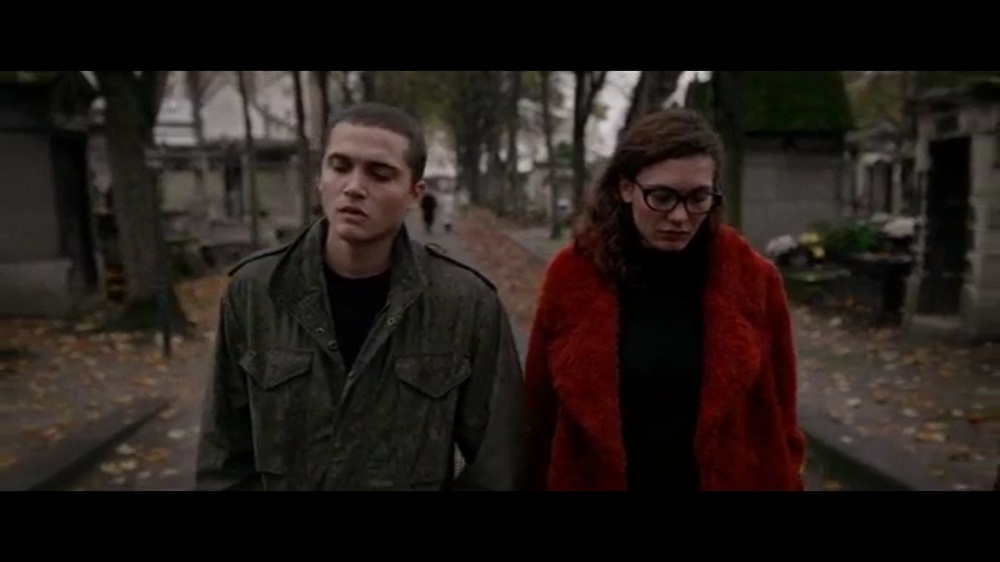 Parallelly, adopting a very similar style of cinematography, the film depicts a very different stage of Murphy’s relationship with Electra. They’ve both been through hell because of how they took their youth for granted. Their careless acts of infidelity and drug abuse have further pushed them away from their dreams and even their relationship isn’t the same anymore. More so, they don’t even look the same. Electra, who once believed that Murphy was the one, now talks about taking a break from their relationship. “Let’s protect each other,” she says and by that, she implies that she wants to be freed from the turbulence that their relationship is going through. While the camera angles in this scene remain the same as the one where they first met, it is now complemented with a darker and far colder backdrop. It rains and Electra and Murphy finally realize that they are not who they dreamt of being. Time has, indeed, tested their relationship, and “summer” is now way behind them.

The Ending: What Could Have Been? 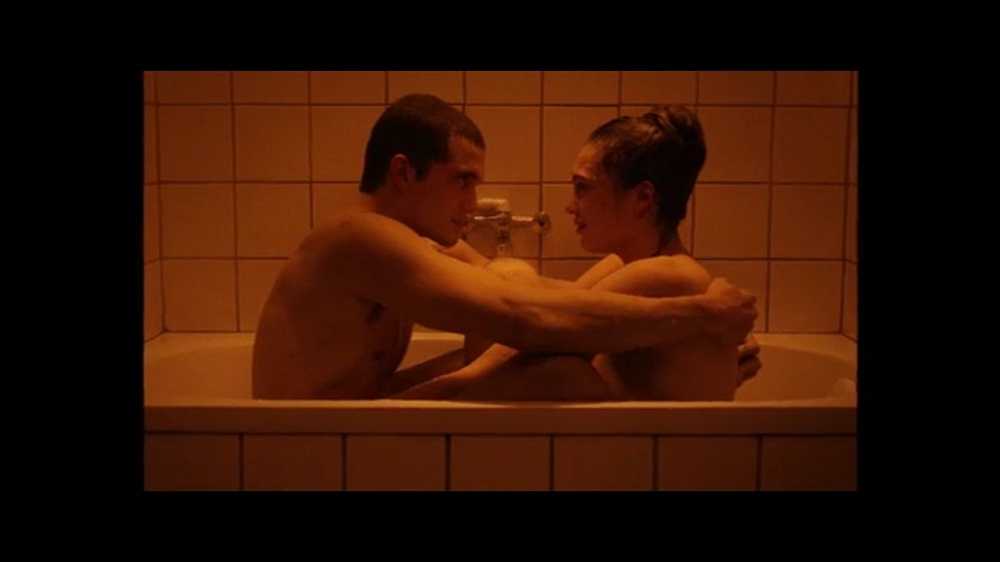 In the final moments of the film, the past reflects on the first night Murphy and Electra made love. A pale orange light shines over them and slowly begins to flicker, depicting how what’s gone will never come back. In the present, Murphy prays to god for another chance to relive that night and weeps silently in his bathtub. He feels dead inside, and for the last time, he envisions what could have been if only he had made the right choices back in the day. While he visualizes pregnant Electra comforting him in the bathtub, in reality, his present wife, Omi, takes one look at him and leaves him all by himself. She, too, knows that there’s no way she can snap out of what he’s going through as he anyway despises her.

As the reality starts to sink in, his son shows up and he holds him tight. In the end, he still weeps and apologizes to his son because he realizes that he has never been a good father nor a very good husband to his wife. Still, he loved hard despite being broken again and again. The ending does not symbolize Murphy’s redemption in any way. It simply shows that no matter what he does now, he’ll always be one step too far from bringing back what’s lost in the strands of time and Electra will only be a painfully consoling memory.