Where Was Love Filmed? 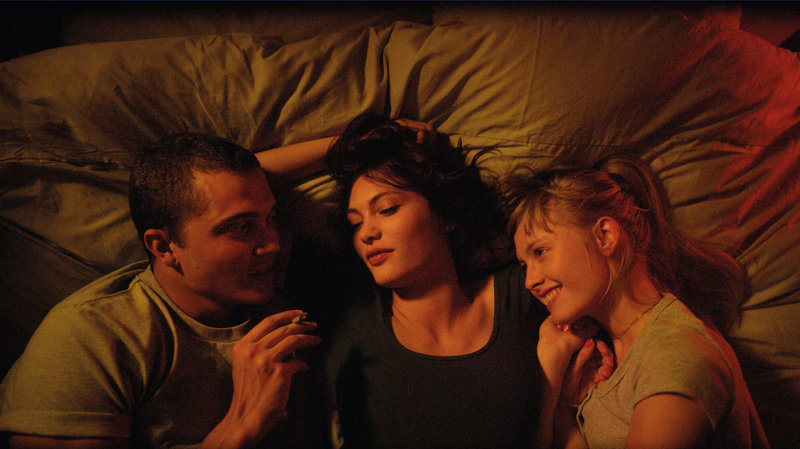 There are some movies that you just cannot watch with family. Then there are those that would prove to be uncomfortable viewing experiences even with friends. Gaspar Noe’s ‘Love’ is one such film that you might want to remove from your Netflix history after watching it. For starters, the movie contains some extremely explicit sex scenes that have been filmed in 3d.

‘Love’ revolves around the character of Murphy who is married to a woman named Omi. The couple has an eighteen-month-old son together. However, when Murphy gets a call from one of his ex-girlfriend, Electra’s mother about her disappearance, he starts to recall his relationship with her. It is revealed that the couple (Murphy and Electra) had had a threesome with Omi. When Omi got pregnant, Murphy was forced to end things with Electra and live with Omi. The character of Murphy is essayed by Karl Glusman. He is best known for appearing in ‘Nocturnal Animals,’ and ‘The Neon Demon.’  Aomi Muyock plays the role of Electra, while that of Omi is essayed by Klara Kristin.

Several viewers would have wondered where ‘Love’ has been filmed. It has been noted that the movie could not have been made in the United States due to its controversial material. Moreover, the story is actually set in Paris. Murphy is depicted to be an American student living in Paris. Hence, it is natural for viewers to wonder where the movie was filmed. Was it actually shot in Paris? Or was some other city used to double up as the French capital?

‘Love’ was actually filmed in Paris, France. While most of the scenes are set indoors, there are a few that have been filmed on location on the streets of Paris as well. For instance, filming was carried out in the public park, Parc des Buttes Chaumont on 1 Rue Botzaris. This is where the scene involving Murphy and Electra meeting for the first time was filmed.

Next, another scene with Murphy and Electra was filmed at Boulevard de la Chapelle. This is where the scene involving Murphy and Electra walking under the railway was shot. Unfortunately, these are the only details available when it comes to the specific filming locations of ‘Love.’ Hence, we cannot tell you about more Paris locations where filming was carried out.