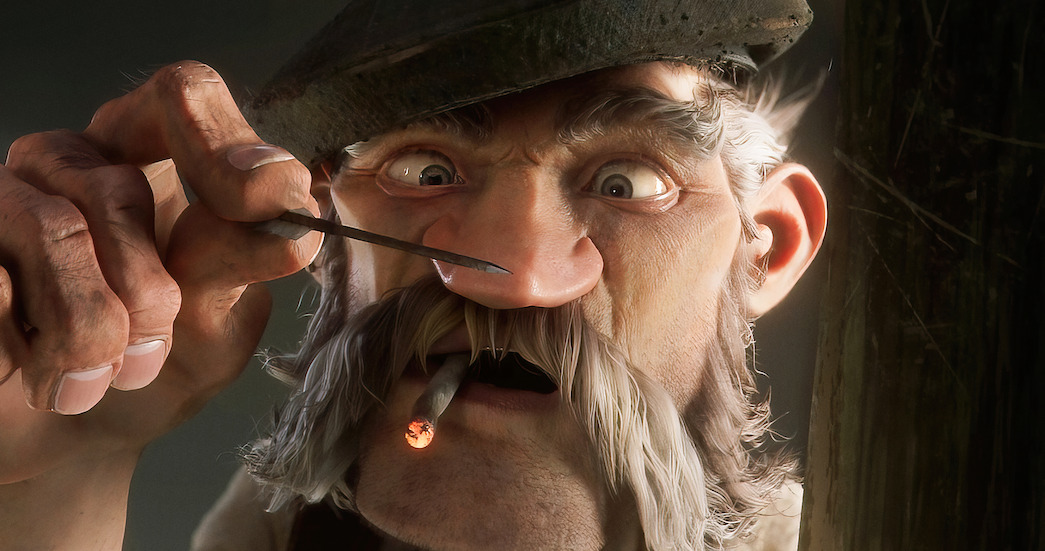 ‘Love, Death & Robots‘ season 3 episode 7 has a quaint opening that cleverly hides a chaotic, incredibly violent chapter of the animated anthology series. Titled ‘Mason’s Rats,’ the episode centers around a rodent problem that the titular farmer discovers in his barn. However, the infestation begins to appear more serious when Mason discovers that the rats are using miniature tools! A fierce battle ensues, with the farmer resorting to some fearsome technological allies. The ending, nonetheless, is as unexpected as any on the show. Let’s take a closer look at the ending of ‘Love, Death & Robots’ season 3 episode 7. SPOILERS AHEAD.

The episode opens with the titular farmer going about his work when he notices a rat. He quickly kills it but is shocked to realize that the dead creature is sporting a rudimentary miniature utility belt. Shocked, Mason hires the services of a pest control company that quickly installs an ultra-advanced laser-powered system to kill off the rats. The farmer pays a hefty sum for it but all the system does is kill his cat. The rats quickly destroy the security system, forcing the farmer to go back to the pest control company.

The smug salesman offers Mason an even more advanced rodent-killing machine and the farmer grudgingly pays for it. Once again, the mice, who seem quite advanced and resourceful, make quick work of the security system. And so, the cycle continues, with Mason purchasing increasingly advanced anti-rodent defense systems and the mice getting the better of each of them. By now, the farmer’s barn has turned into a veritable war zone.

Finally, as the last straw, the farmer purchases the pest control company’s most advanced unit (the TT15). The fearsome scorpion-shaped killing machine that is subsequently delivered to his doorstep leaves even Mason speechless. The machine gets to work and soon there is a pile of rat corpses outside Mason’s door. However, the farmer is put off by the brutality with which the machine kills rats and gets increasingly irritated by all the violence it causes.

Finally, Mason decides to step into his barn to see what is going on. He is shocked by the epic and brutal battle taking place inside, with the mice mounting valiant counteroffensives using crossbows and even what appears to be a rudimentary tank. Finally, they are successful in damaging the TT15 but the decapitated machine continues trying to kill rats.

Ultimately, Mason walks up to the damaged rat-slaying machine and finishes it off with his shotgun. The rats, as a sign of gratitude, offer the farmer a drink and the episode closes on a conciliatory note with Mason and the rats making a toast.

The farmer’s change of heart ultimately puts an end to the carnage ensuing in his barn. However, he surprisingly kills his own machine, the TT15, just as it is about to attack a group of injured rats. Despite wanting to get rid of the rodent menace, it appears that Mason is put off by the brutal violence that the TT15 resorts to. On multiple occasions, the machine goes completely overboard while killing its targets, making Mason quite queasy.

Ultimately, it is empathy that wins. The machine feels nothing for its victims and continues its rampage but the farmer, seeing the rats battling violently and against unfavorable odds, begins to feel for them. Mason realizes that the TT15 is causing much more damage than the mice ever could. He also gains some respect for the mice after seeing their heroic feats on the “battlefield.” In the end, the living creatures — Mason and the rats, have more in common with each other than with the machine.

The icing on the cake is that after destroying the rodent killing machine, Mason plans on getting a refund from the pest control company that has been fleecing him all this time. So far, the farmer is forced to bite the bullet and shell out large sums for increasingly advanced models. With his rodent problem seemingly solved, Mason closes the episode by mentioning a cheque he needs to cancel.