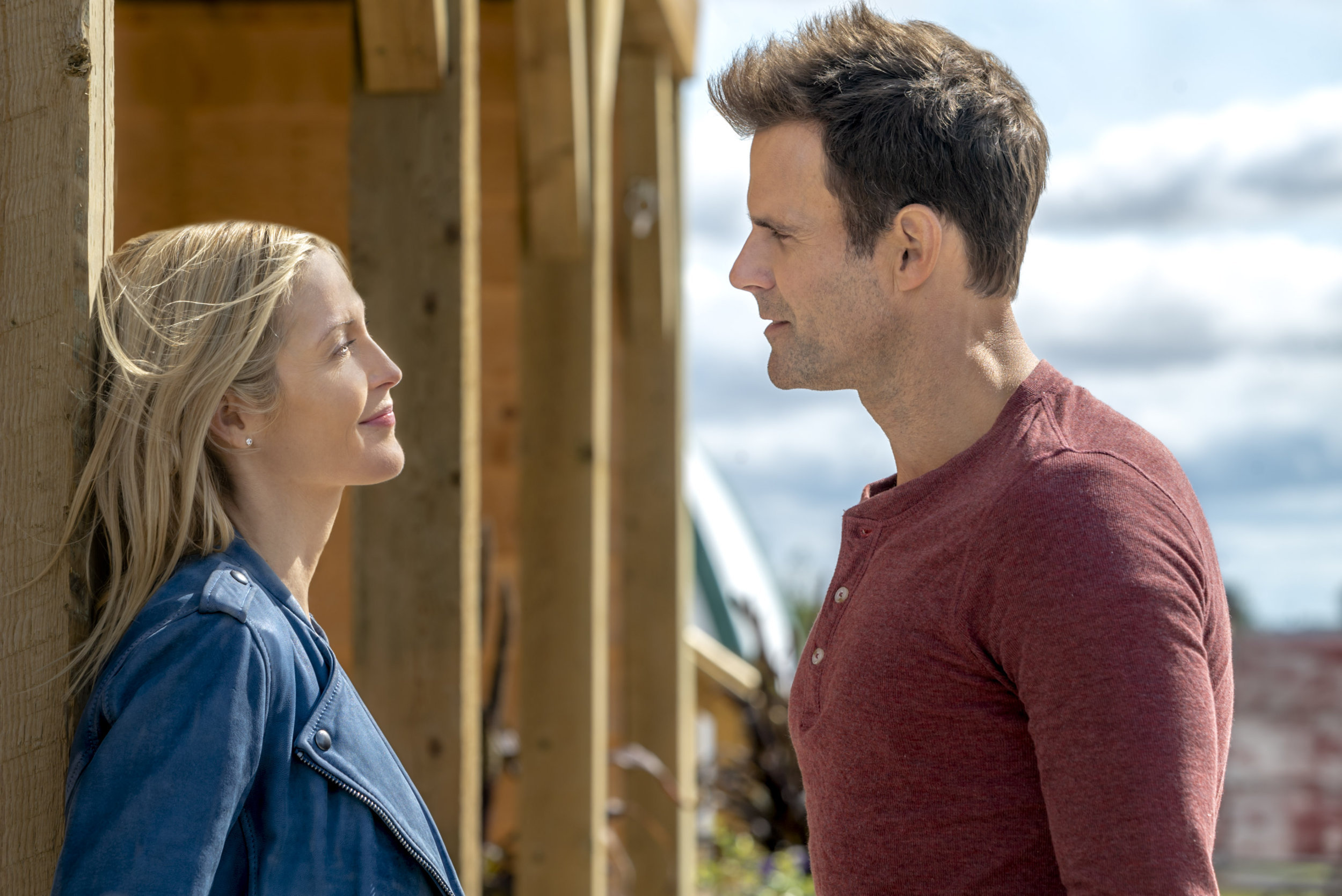 One thing that ought to be said more often is the fact that true love can be found more than once. The idea of “the one” can be quite constricting for those who have lost their partners. Finding love again can be quite liberating. Hence, that needs to be normalized. Such normalization especially happens through movies, and Hallmark’s ‘Love, Of Course’ takes up the onus.

Hallmark is “the heart of TV” for all the right reasons. Its movies and television shows pump into viewers, a sense of positivity and upliftment. These make one cheery and have the power to lift spirits. On top of that, the network’s offerings can be enjoyed from the comfort of one’s couch.

‘Love, Of Course’ revolves around a woman named Amy who takes her daughter to her college in Oregon. There, she chances upon a professor named Noah. Other than that, she takes up a temporary job at the college. The Director of Administration offers her work planning the Harvest Festival. Noah is the professor in charge of the festival. However, the festival’s attendance has reduced due to Noah’s attitude of looking at harvest as work. Amy attempts to show Noah the fun side of the harvest festival so that the festival can see more numbers. Meanwhile, sparks begin to fly between the two leading characters. Will it amount to something? Or will their differing views on the harvest festival stub any chance of a romance between them?

‘Love, Of Course’ is a movie that is set entirely on a college campus. After all, this is where Amy brings her daughter to. This is where Amy gets a job as the Harvest Festival Planner. This is where she meets Noah. The college is depicted to be located in Oregon. Hence, it is natural for viewers to wonder where the movie was shot. Was it actually filmed in Oregon? Or was the movie filmed elsewhere?

Filming for ‘Love, Of Course’ was mainly carried out in Canada. It was not actually filmed in Oregon even though it might have been set there. Canada is where most Hallmark movies are filmed. The country offers lucrative tax credits to projects that opt to film there. This helps bring down filming costs considerably.

Within Canada, filming was carried out in the province of Manitoba. To be more specific, filming was undertaken in Winnipeg. Have a look at the following post which proves that:

Next, take a look at the post below. It shows how filming was undertaken at Portage la Prairie in Manitoba:

Here are some other behind-the-scenes photos:

Love, Of Course Cast: Who is in it?

Several viewers would have wondered who the cast members of ‘Love, Of Course’ are. Well, the cast is led by Kelly Rutherford who plays Amy. Some of the other projects that she has been a part of include ‘Dynasty,’ ‘Fallen Hearts,’ and ‘Dark Angel.’ Next, the character of Noah is essayed by Cameron Mathison. Other cast members include Mackenzie Vega, Gabby Douglas, Matthew Bennett, and Sadie LeBlanc.