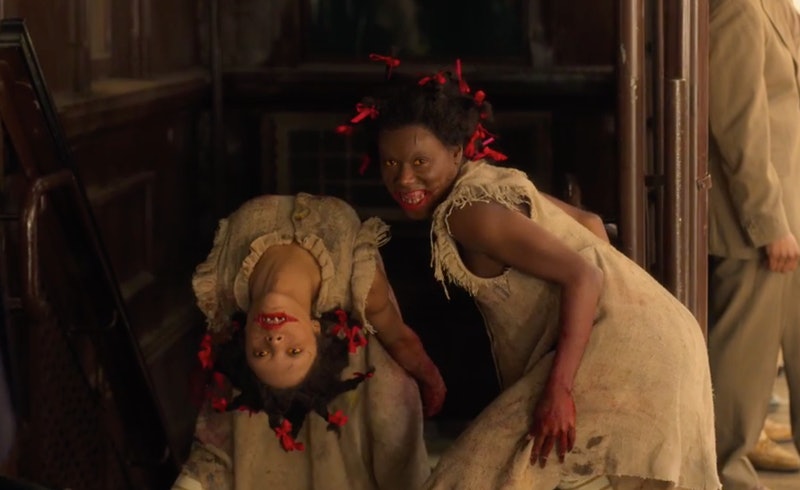 With only two more episodes left in ‘Lovecraft Country’, all the storylines align in the eighth episode and we see the characters fighting for justice. Delivering some exciting, some heart-breaking, and some cringeworthy moments, the episode keeps us on edge about the uncertainty that looms over its characters. Here’s what the events of this episode mean for everyone. If you haven’t seen the episode yet, head over to HBO. SPOILERS AHEAD

The episode opens with the funeral of Emmett Till, a 14-year-old boy who was brutally murdered for allegedly offending a white woman in her grocery store. As Dee processes the loss of her friend, she also tackles her mother’s disappearance and wonders if she is dead too. To make matters worse, her paths cross with Lancaster’s and when he doesn’t get the information he wants from her, he puts a curse on her. This leads to Dee seeing two girls, following her around everywhere. When she tries to talk about her problem, her throat is choked and she is unable to speak. Unaware of her problems, the adults around her try to find ways to protect their loved ones. Atticus makes a deal with Christina. She grants him a protection spell in exchange for the key to Hiram’s observatory. Leti makes a deal with Christina where she is granted the invulnerability spell in exchange for Titus’ pages. Meanwhile, Ruby explores her complicated relationship with William. 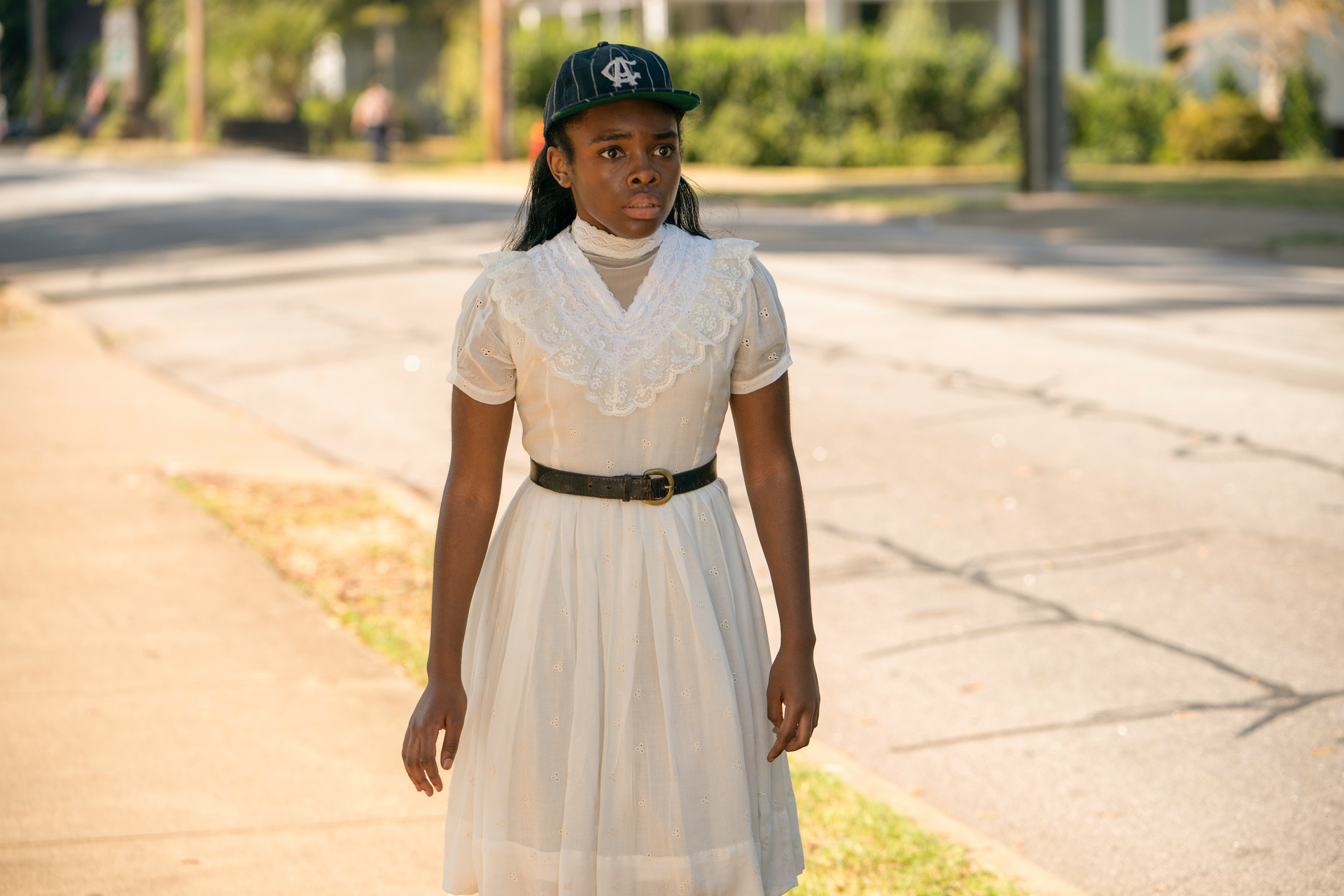 ‘Lovecraft Country’ takes an interesting turn in this episode as all the characters decide to be done with white people terrorising them and fight against the torments inflicted on them. After the girls from ‘Uncle Tom’s Cabin’ keep following her, Dee lets go of her fear to replace it with her fighting spirit. She confronts Captain Lancaster, spits on him, and tells him that it stinks in his office. She asks what will happen to her if the girls get her. Though she doesn’t get an answer, it isn’t difficult to read that it will mean her death. We see that happening in the final scene where Montrose tries to calm her down when he finds her fighting with air. Her hands start to bleed and we see that the ghosts have finally caught up with her. Before this, she also draws the figures to leave a hint to others about what is happening to her, considering that she can’t speak about it to anyone due to Lancaster’s spell.

Failing to get what he wants from Diana, Lancaster goes for the orrery at Leti’s house, but finds himself unable to enter the house due to a protection spell. This only makes him angrier and he rains down bullets on the house. While others duck for cover, Leti experiences the power of the invulnerability spell. A few minutes later, Tic, too, realises that the protection spell shown to him by Christina was not a failure. When he needs protection from a hail of bullets of white cops, a shoggoth emerges from the ground and shreds every enemy to pieces. While the cover of these spells bestows an armor on Tic and Leti, it doesn’t stray our attention from the fact that Christina has exactly what she wanted. She has the key from the orrery as well as the lost pages from Titus’s book. In return for this, the deals she made look like a meagre cost, especially in comparison to immortality. 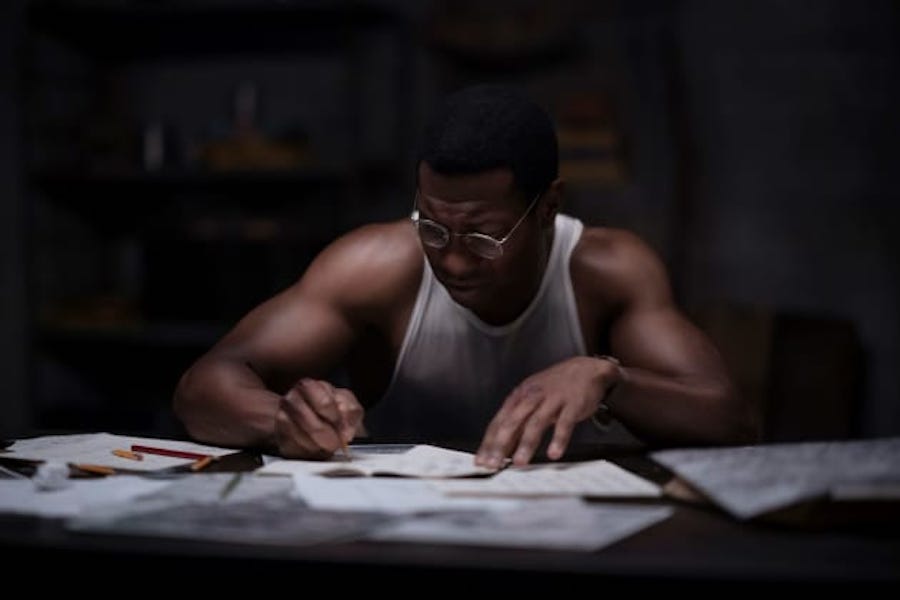 In a previous episode of ‘Lovecraft Country’, it was insinuated that by the end of the story, Atticus might meet his death. The premonition came to Ji-Ah when Atticus was still in Korea and all the magic stuff had not happened. In this episode, Ji-Ah comes to America to warn Atticus of the future, but her efforts seem to be in vain. Her presence does nothing more than create tension between Tic and Leti, who finds that Ji-Ah is still in love with Tic and that he might harbor the same feelings for her. The fact that his end is right around the corner does not come as a shock or surprise to Tic and the reason for it lies in the previous episode. While Hippolyta was going through a transformation that promised to change her forever, Tic found himself in the future of an alternate reality. In this world, Uncle George survives Ardham, Christina is a man, and Diana is a boy named Horace (which is how things are in the novel ‘Lovecraft Country’ by Matt Ruff).

He tells Montrose that white people had been rioting when he was approached by a hooded woman who gave him the book. With the name George Freeman credited as the author, we had assumed that this book was written by Uncle George. But, it is actually written by Tic and Leti’s son, George, and recounts the history of their family, especially their encounters with magic. The book tells Atticus that a few days from his present day, he will be sacrificed by Christina Braithwhite in the autumnal equinox, following which she will gain immortality. This also adds context to Christina’s negotiation with Leti. While Leti demands invulnerability spell for Tic, Christina offers to do it for her instead. She makes it look as if she cares about Leti, but she had made it clear to Ruby that she doesn’t care about anyone. She couldn’t give the invulnerability spell to Atticus because she needed to kill him only a few days later.

The story fits with Ji-Ah’s visions where she saw Atticus strapped and ready on a sacrificial altar. Does this mean that Atticus will surely die now? The only thing we can say here is that it is not written in stone. The book that foretells his future was brought by Atticus from an alternate universe. Even though most things play out along the same line here, there are still some key differences. Uncle George is alive in that world, while he is dead in Atticus’. Using this as an analogy, we can conclude that Atticus’ death in the parallel world means that he will survive in this one. As for Ji-Ah’s vision, once again, she didn’t actually see him die, only in the process of it. Considering all this, there is still hope for Atticus.