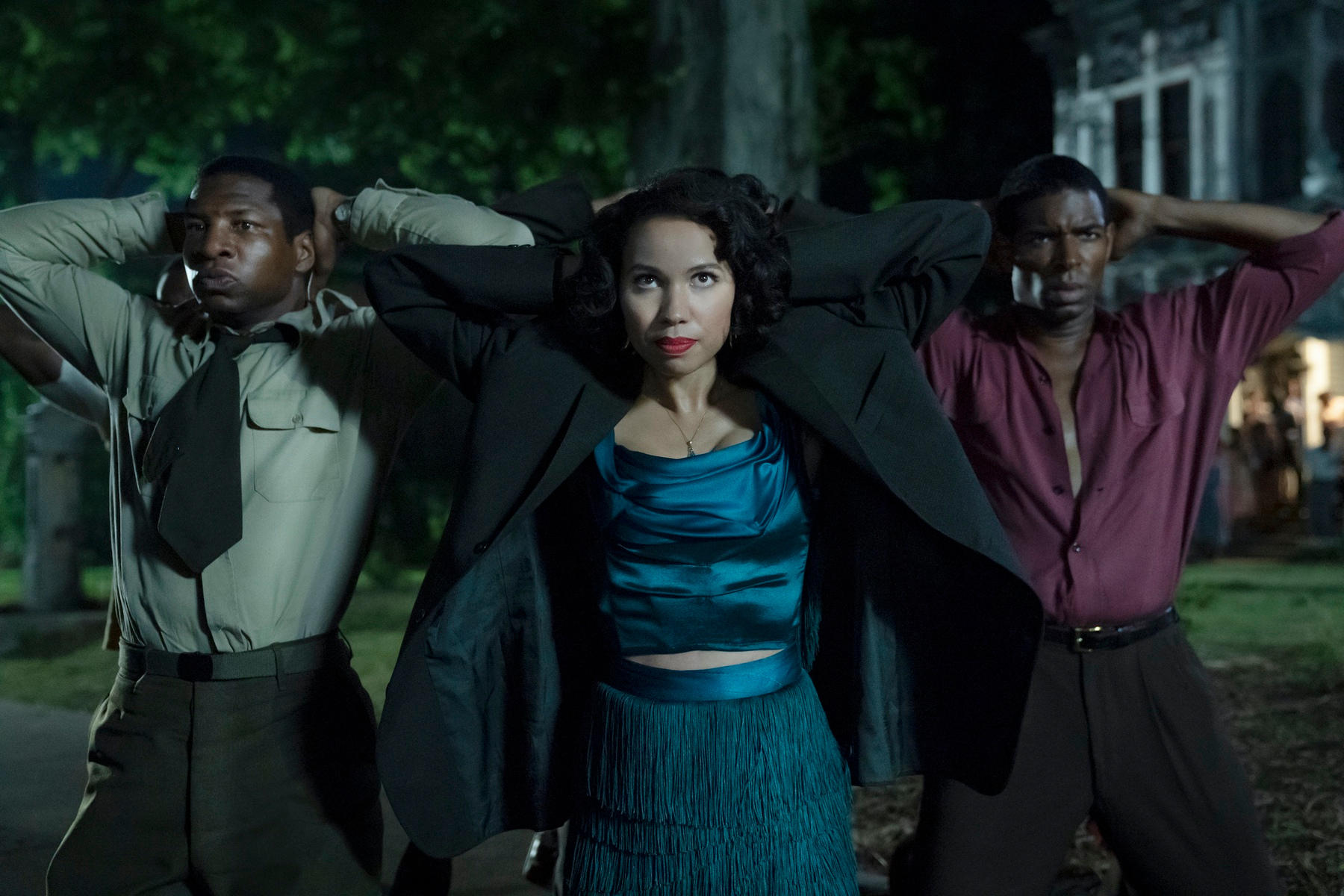 ‘Lovecraft Country’ wraps its first season with a finale that gives a bittersweet ending to the protagonists. It also sets up the scene for the second season, leaving the fate of some characters hanging in the balance while pushing the limits of some others. There are casualties in this episode, some unexpected, some heartbreaking. And amidst all of this, the show also continues to be disturbing as well as exciting. Here’s what the ending means. If you haven’t caught up with the show yet, head over to HBO. SPOILERS AHEAD!

After retrieving the Book of Names, Atticus and the others return to Chicago and use the book to bring back Dee. As Atticus chants the spell, he and Leti fall unconscious, and they find themselves in the ancestral plane created by Hannah. She reveals to Tic that over the past hundred years, she has been working on a spell that would change everything about magic. Aunt Hattie tells Leti more about the book and how to complete Hannah’s spell and stop Christina.

Tic also gets to meet his mother and, with the help of the others, succeeds in reviving Dee. It also becomes clear to Atticus that he will have to go forward with Christina’s spell on the autumnal equinox and sacrifice himself for the greater good. Christina discovers that Tic has the Book of Names, and Dee comes to terms with the fact that she might never draw again as her arm never recovers from Lancaster’s spell. 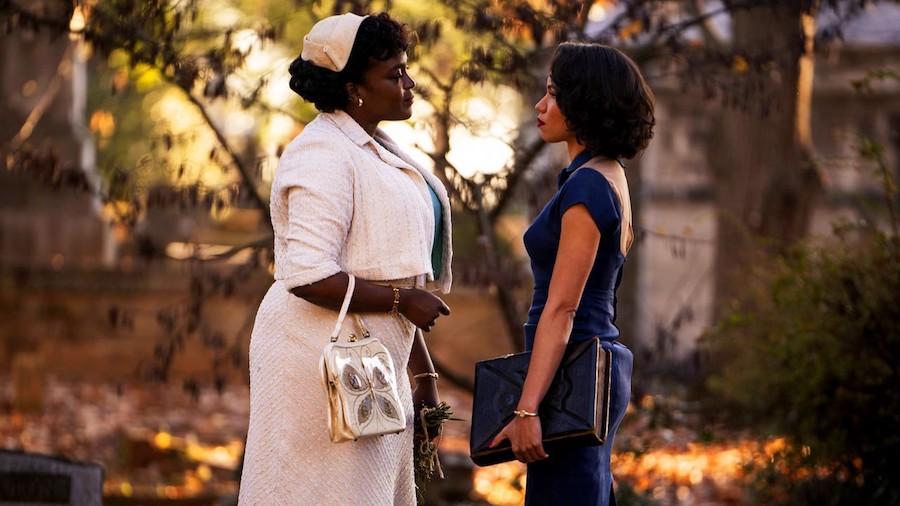 Leti and Ruby’s relationship has been shaky throughout the season, but we knew that they would always choose each other whenever push came to shove. It is this confidence in her sister that leads Leti to ask Ruby for help regarding Hannah’s spell. Initially, Ruby expresses anger and disappointment towards her sister for, yet again, remembering her only when she needs something. However, she goes forward with Leti’s request and tries to get Christina’s blood for the incantation.

The problem arises when Christina catches her, and to gain an upper hand on her enemies, uses Ruby’s body to infiltrate the gang and stop them from ruining her plans. While fighting Leti, she tells her that Ruby is dead, but that’s not technically true. In order to take someone’s appearance, that person needs to be alive, even if comatose. So, while William and Dell are not in control of their bodies and minds, they are alive nonetheless. They are simply brain dead, and Christina keeps both of them alive because she needs their essence for the transformation spell.

Similarly, she neutralizes Ruby but doesn’t really kill her. Though this means that Christina left Ruby in a comatose state or good as dead, it still doesn’t change the fact that Ruby is still breathing. What makes us more hopeful about her state is the fact that Christina turns out to be not as ruthless as she thought she could be. She really was trying to keep the bloodshed to the minimum and would have probably left Tic and the others alone had they given her the Book of Names.

Of course, no one knew what she would do with all the power, and to go forward with Hannah’s spell was much more important than simply shrugging off the trouble that the Braithwhite’s brought with them for the Freemans. In the fight between her and Leti, Christina eventually succeeds in overpowering her and throws her off the tower. It looks like Leti is dead because Christina had previously taken back the Mark of Cain from Leti when she discovered that Tic had the Book of Names.

But in Ji-Ah’s vision, when she merges Tic and Christina’s body, we find out that just as Leti had been falling, Christina gave back the mark to her. What made her change her mind? She had promised Ruby that she wouldn’t hurt her sister, and even though she didn’t need to, Christina still kept her promise. This shows that she couldn’t be utterly heartless towards Ruby and might not have killed her back in Chicago. Maybe she left her bound in a spell or simply unconscious. Maybe, Ruby wakes up when Christina dies and the spell is broken. 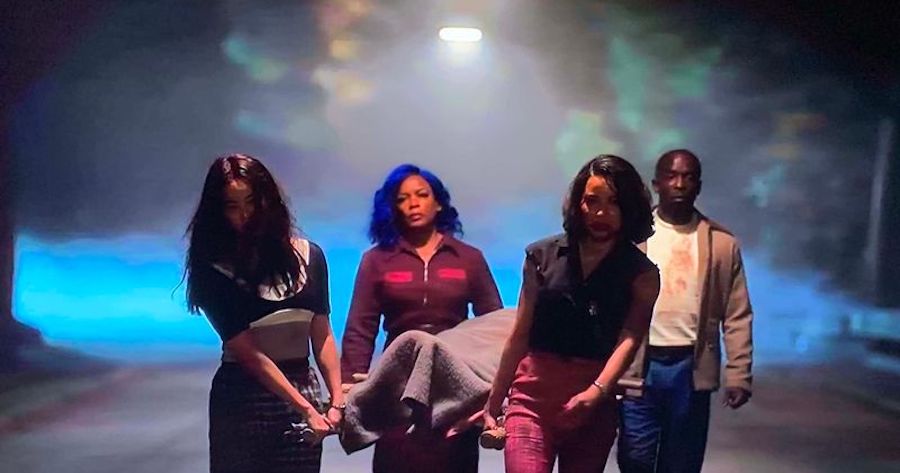 Despite holding on to hope for Atticus’ survival, Ji-Ah’s vision about his death comes true. Atticus and Co. think that they have everything they need to thwart Christina’s plan and complete Hannah’s spell that would change the world, but the twist arrives when it is revealed that Ruby never left Chicago. In trying to steal Christina’s essence for the spell, she was caught. Christina threw her into a comatose state, much like William and Dell, and then used her essence to take her form and fool Leti and others into believing that their plan was really working.

In the end, Christina throws Leti off a tower, imprisons everyone else, and goes forward with her plan to sacrifice Atticus and gain immortality. With no one left to stop her, she succeeds as Tic’s energy is transferred to her and the spell comes to fruition. When Leti shows up at the altar, she tries to finish Hannah’s spell but is unable to make it work because Christina’s blood was not made one with Tic and Titus’. This is when Ji-ah steps in. She uses her kumiho tails to bind Tic (who had already consumed Titus’ flesh) and Christina, as Leti continues the spell in the background.

As a result, the spell works, Christina loses her immortality and is left for dead. Leti tells her that they have now rendered every white person in the world magic-less with Hannah’s spell. Leti, Ji-Ah, Hippolyta, and Montrose carry Tic’s body back to the car after Hippolyta gives Tic’s letter to his father. In the final scene, we find Christina still writhing in pain at the altar when Dee shows up with the shoggoth. Christina asks for her help, but Dee, who now has a bionic arm, kills her by crushing her throat.

It shows that she is no more the scared child who had been oppressed and threatened all this while. She has power now, in the form of her new arm and the shoggoth that Tic left for her. While it makes us happy for her, considering all the things she has been through in this season, it also worries us. Violence in a child is never a good sign, and it only means that something innocent and pure has been corrupted. Isn’t that what Leti had been fearing all along? That magic was corrupting them all? 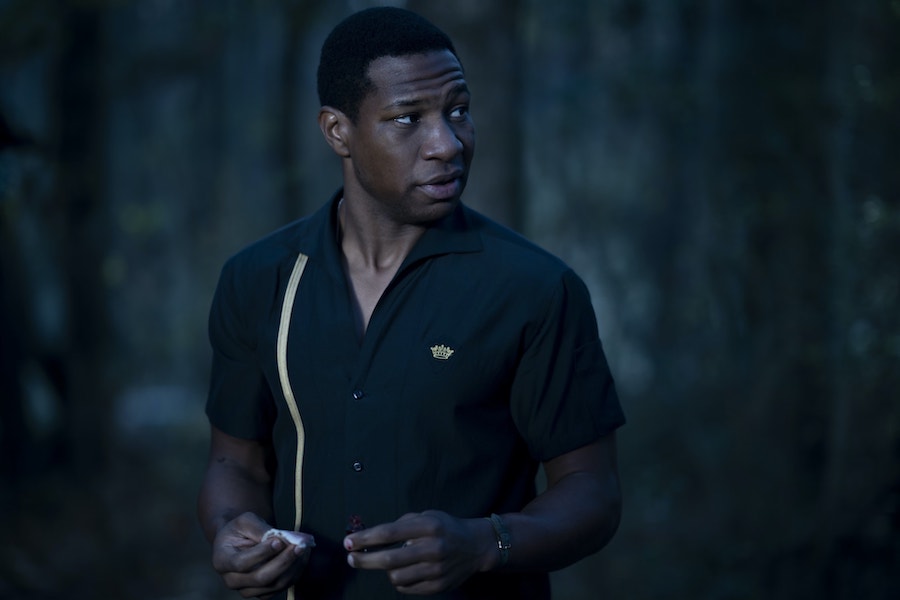 At the end of the episode, for all intents and purposes, Atticus is dead. He is sacrificed on the altar, which allows Christina to enjoy immortality, even if briefly. However, as we have seen in the show before, death does not mean the end for a character. Previously, Leti had been shot to death and was brought back to life by magic. We also saw living characters taking over the skin of good-as-dead characters, like William and Dell.

Then there is time travel, which means that the characters are still alive in the past, and not to forget the alternate worlds, where anything is possible. What does all of this mean for Atticus? It means that there is a chance, even if minuscule, for him to return, but we won’t bet anything on that. Apart from being a show about magic and the supernatural, ‘Lovecraft Country’ is also about social commentary. Every act in the show means something, and holding true to that gesture is very important.

Atticus’ death is a sacrifice for the greater good, and sacrifice doesn’t mean much if he comes back to life. The show would need an exceptional set of circumstances to think about bringing him back. One should also think about another important character that was killed early on and never brought back – George. The string that tied the Freeman family together was cut off in the second episode, and his resurrection was never considered. The same thing might happen for Tic.