Luis Alderete-Martinez Found or Missing: Where Is Regina Martinez Now?

Luis Alderete-Martinez’s disappearance from his hometown of El Paso has been one of the most puzzling cases faced by the Texas authorities in recent times. He was just three at the time of his disappearance, and his father, Luis Aragon-Alderete, mentioned that he saw his son last when he dropped the toddler off at a preschool. Although Luis’ mother, Regina Martinez, claimed to have picked him up for a vacation, the two went missing shortly after, prompting a large-scale police investigation. Let’s delve into the details surrounding his disappearance and find out if he has been found, shall we?

What Happened to Luis Alderete-Martinez?

Luis Alderete-Martinez’s father, Aragon-Alderete, met his mother, Regina Martinez, in 2010. While the latter is originally from Chihuahua, Mexico, she married Aragon-Alderete and settled in El Paso, Texas. With time, the couple welcomed their son, Luis, yet it did not take long for trouble to creep into their relationship. Seeing no end in sight, Aragon-Alderete and Regina eventually decided to get a divorce, finalized in 2014, and the judge gave Luis’ father primary custody. 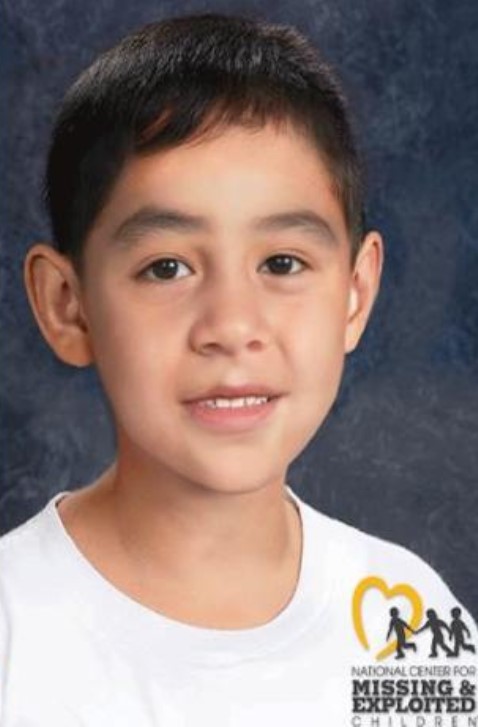 Naturally, Regina wasn’t happy with the custody decision, yet she was allowed to meet Luis and spend time with him from time to time. Still, everything seemed to go smoothly for the toddler until June 1, 2015, and people who knew him described him as a lively little boy who loved toy trains and ice cream. Luis was just three years old in June 2015 and attended a preschool in El Paso.

On the morning of June 1, Aragon-Alderete dropped his son off at the school, not knowing it would be the last time he would lay eyes on his little boy. Reports claim that Regina was supposed to pick Luis up from school that day as she had plans to take him on a short vacation. Although Aragon-Alderete didn’t think much about the vacation, he got increasingly worried when he got no notification from his ex-wife. The former had no idea where Luis was, and repeated phone calls and texts to Regina’s number went unanswered.

Still, he figured that his ex-wife did not want to talk with him and let the matter rest as he awaited his son’s return. However, once the day of Luis’ scheduled return passed, Aragon-Alderete knew that something was wrong. He knew that his ex-wife was unhappy with the custody situation, and with no way of getting in touch with her, he was forced to approach the authorities and report his son missing.

Is Luis Alderete-Martinez Found or Missing?

Luis Alderete-Martinez remains missing to this day, though his father, Aragon-Alderete, is confident that he will get to meet his son again. Once law enforcement officials got involved in the investigation, they organized large search parties along with local volunteers and combed through the areas Regina might have taken Luis to. The police even interviewed several of her acquaintances, but none had any idea that she was planning a supposed abduction. 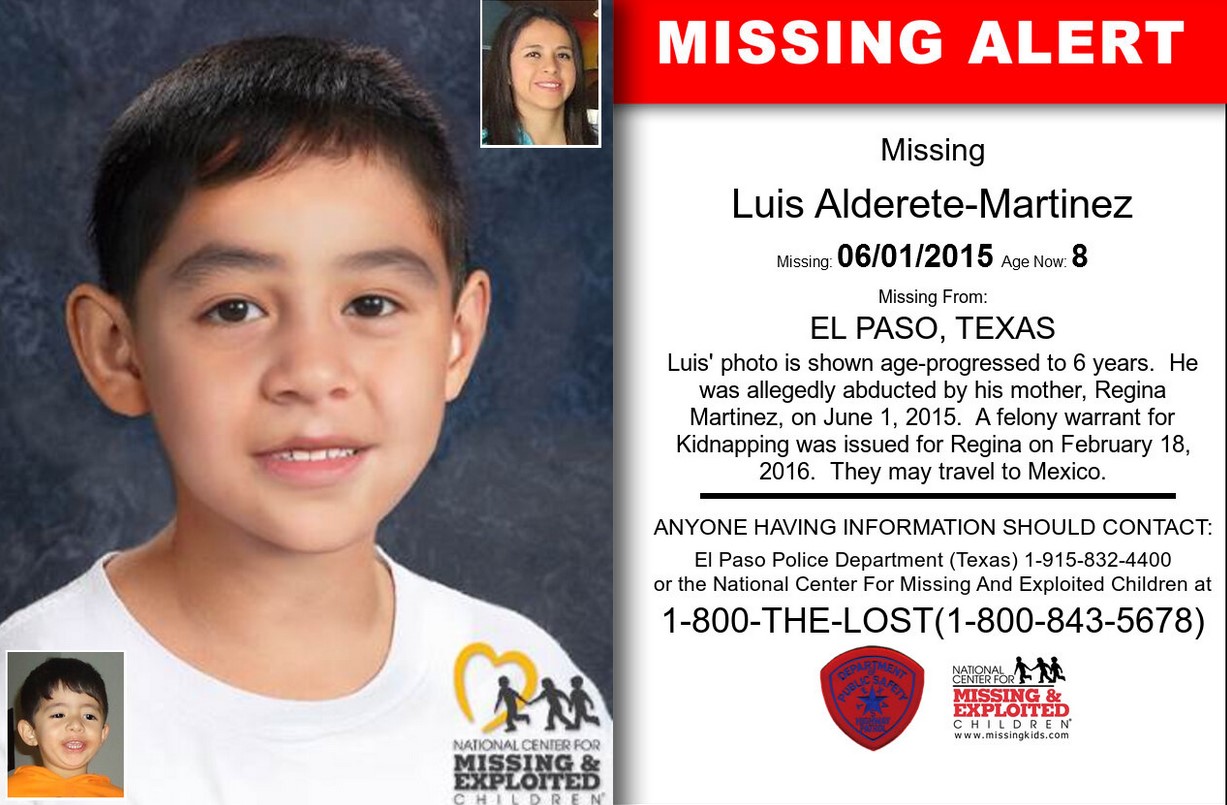 In addition, authorities printed posters of the missing child without wasting time and put them up across the city, hoping to get a crucial lead. Yet, with no witnesses or clues to base their investigation on, the case remained stagnant for a while. Moreover, with no updates even in 2020, authorities put up 11 digital billboards all over Texas, which will feature Luis’s age-progressed picture, and encourage the public to come forward with any information they might have.

Where Is Regina Martinez Today?

On February 18, 2016, authorities sanctioned an arrest warrant for Regina Martinez and charged her with a single count of felony kidnapping. The warrant gave her a fugitive status and made her a wanted person in the United States. In November 2016, Regina was also featured on Crime Stoppers of El Paso’s most-wanted list. Still, she keeps evading law enforcement officials, and Aragon-Alderete believes his ex-wife has returned to her home country of Mexico, specifically Chihuahua, along with Luis.

Over the years, Aragon-Alderete appealed to US authorities, including the El Paso Police Department and the El Paso County District’s Attorney’s Office, to speed up the investigation. Moreover, once he realized that Regina might have returned to Mexico, he even tried to hire a private detective and lawyer in the foreign country but to no avail. She keeps evading capture, and with the warrant against her still active, she remains a fugitive in the United States.

Nevertheless, the police still consider the case an active investigation and are confident they can bring Luis home safely to his father. On the other hand, Aragon-Alderete has gotten into a new relationship and currently shares a one-year-old with his new partner, the mother of an eight-year-old child.