‘Lying and Stealing’ is a spirited heist movie that checks all the right boxes, and then a couple more. The suave art thief Ivan (Theo James) who masterminds heists. Check. The slimy villain who gets progressively more sinister. Check. A hint of romance with the gorgeous accomplice, who in this case is a struggling actress named Elyse (Emily Ratajkowski). Check. The welcome addition of Ivan’s surprisingly observant bipolar brother and a crooked FBI agent with a penchant for toilet-based revenge makes the film surprisingly layered, with blistering action and a tongue-in-cheek ending that’s left satisfyingly open. Let’s take another look at the movie and make sure we got all its bits and pieces. SPOILERS AHEAD.

The film opens with a tuxedo-clad Ivan smoothly making his way through a high-profile party at the residence of a wealthy benefactor. He eyes various pieces of priceless art displayed around the crowded room and then furtively checks the security cameras. As soon as the guests move outdoors, he deftly switches a large chrome sculpture for a blown-up version of the same and walks out the front door carrying the expensive piece of art in a garbage bag. Ivan then delivers the sculpture to his boss Dimitri, who pays him a measly percentage of the actual value of the piece.

During Ivan’s meeting with Dimitri, we learn that Ivan wants to leave behind the life of crime but can’t because his father, who also worked for Dimitri, died with outstanding debts to the crime boss. Dimitri finally relents and agrees to let Ivan leave, but only after he completes one major heist and another smaller one after that. He then tells Ivan about an original self-portrait by Adolf Hitler owned by a violent recluse who lives all by himself. Despite some tense moments, the art thief succeeds in stealing the self-portrait and delivers it to Dimitri. However, the boss now seems increasingly unhappy about losing one of his best thieves and begins to turn sinister.

Ivan, in between his heists, is accosted by an FBI agent, who managed to track him down after getting his description from the family of the first heist (the ones Ivan stole the chrome sculpture from). The agent reveals that he knows all about Ivan, including the fact that he has a bipolar brother, and asks Ivan to help the authorities capture Dimitri. Ivan agrees and begins to make a plan while Dimitri decides to finally do away with Ivan.

Lying and Stealing Ending: Why Doesn’t Ivan Get Arrested?

To help capture Dimitri, Ivan recruits the help of Elyse, a struggling actress who’s been blacklisted from Hollywood for stealing from a powerful producer. While Elyse accosts Dimitri at a bar, Ivan accompanies the FBI agent to Dimitri’s men’s house, where he manages to subdue them both. He then sends Dimitri a message from one of the incapacitated men’s phones, fooling him into thinking that they’ve successfully killed Ivan. Upon seeing the message, Dimitri relaxes and agrees to come back with Elyse to her “friend’s house.” Once home, Dimitri quickly pulls out a gun and overpowers Elyse but is stopped right in time by Ivan. A Mexican standoff ensues, with Dimitri pointing a gun at Elyse whilst Ivan points his gun at Dimitri.

Before a shot can be fired, Dimitri collapses from a cocaine overdose, which we later find out Ivan’s brother Ray had liberally mixed into the wine served to Dimitri. The criminal boss’ corpse is then delivered to the FBI agent, and Elyse is able to repay her debt and appease the haughty producer (with the help of some mild threats from Ivan). ‘Lying and Stealing’ ends with Ivan, Ray, and Elyse at a high-profile party, scoping out the art pieces. A gas leak set off by Elyse causes a distraction, and the film closes as people are herded out of the room containing the priceless art pieces, just as planned.

Far from quitting his days of crime as he had wanted to in the start, it looks like Ivan has stuck to his thriving thieving enterprise and has also gained two accomplices in the form of the talented con-woman Elyse and his brainy brother Ray. However, having given the FBI Agent Wilkers a very clear look at the illegal activities and criminally inclined people he associates with, it is a wonder why Ivan has not been arrested.

The biggest trump card that Ivan has is the recording of Agent Wilkers talking to him about the two collaborating. The agent has repeatedly said that his interactions with the heist man “never happened,” meaning they are to be kept secret at all costs. The fact that Ivan has definitive proof that could most likely get the agent in a lot of trouble is possibly why, at the end of the film, Agent Wilkers leaves Ivan and his accomplices alone.

It is also worth noting that Wilkers was never very interested in arresting Ivan, even at the start. For the agent, the art thief was too small a criminal. Additionally, from the unsympathetic way the FBI agent treats the wealthy art collector after his sculpture is stolen, we can tell that Wilkers doesn’t really consider art theft to be such a heinous crime. His focus, therefore, is never to capture Ivan but instead to use him to catch bigger fish like Dimitri, who seems to be involved in much more sinister crimes.

Does Elyse Become a Thief?

In the end, it looks like Elyse also decides to continue carrying out heists with Ivan and his brother Ray, for whom stealing art is a family business (since their father stole art for Dimitri too). Considering she is now forgiven by the producer who had initially created the situation that led her to join Ivan, Elyse can now restart her acting career. However, it seems like she might just forgo the acting dream in favor of heists since being a well-known actress wouldn’t allow her the anonymity she needs to pull off the robberies. 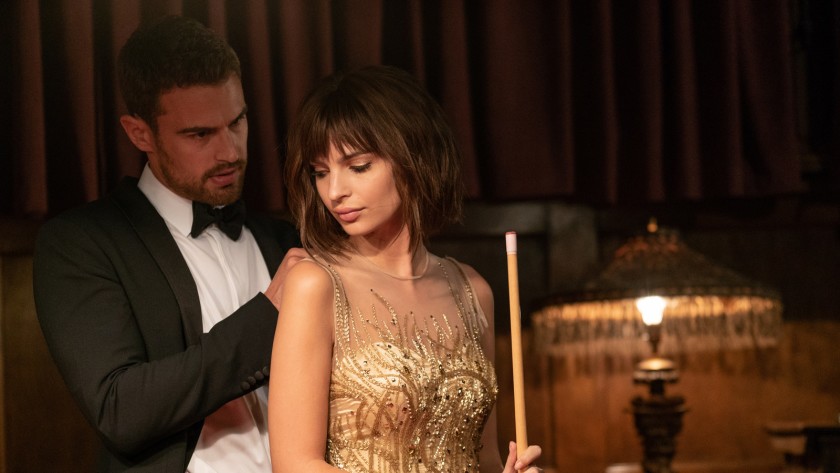 Despite referring to herself as an actress, we never see Elyse excited about the fact. Moreover, she seems jaded with the film industry and the wealthy in general, and her distaste for them is apparent in the way she describes the sleazy Italian movie producer. Therefore, it looks like Elyse, too, might have found her calling in stealing from the rich. Her desperation to help Ivan despite him not promising her anything in return tells us as much. Even her skills, including knowing common phrases (but not being fluent) in multiple languages, seem more suited to being a con-woman than an actress.

Why Does Ivan Steal Art?

Ivan opens the film with a quote from the famous bank robber Willie Sutton who apparently claimed that he stole from banks because that’s where the money was. According to Ivan, the “money” now lies inside the homes of the wealthy, in the form of jewelry and art. He goes so far as to say that if Willie were alive today, he would be stealing from the homes of the wealthy instead of from banks.

Ivan’s theory seems to hold water, at least in the movie, as we see him steal outrageously expensive pieces of art with relative ease. He seems to have also perfected his target — the unsuspecting rich who like to show off their art, making it easy for him to make off with it. So compelling is Ivan’s art stealing enterprise that we see Elyse also enlist herself in his crew at the end of the movie.

Apart from being an effective way to obtain high-value objects that are untraceable, stealing art pieces seems to be the family business, with Ivan’s dad stealing art for Dimitri before dying and leaving his son in debt. In fact, Ivan even mentions in passing that he studied art at university, further showing his commitment to art even in his younger days. It is, therefore, a combination of family tradition, interests, and the practical, relatively low-risk, and low-casualty aspects of stealing art that draw our hero to it.