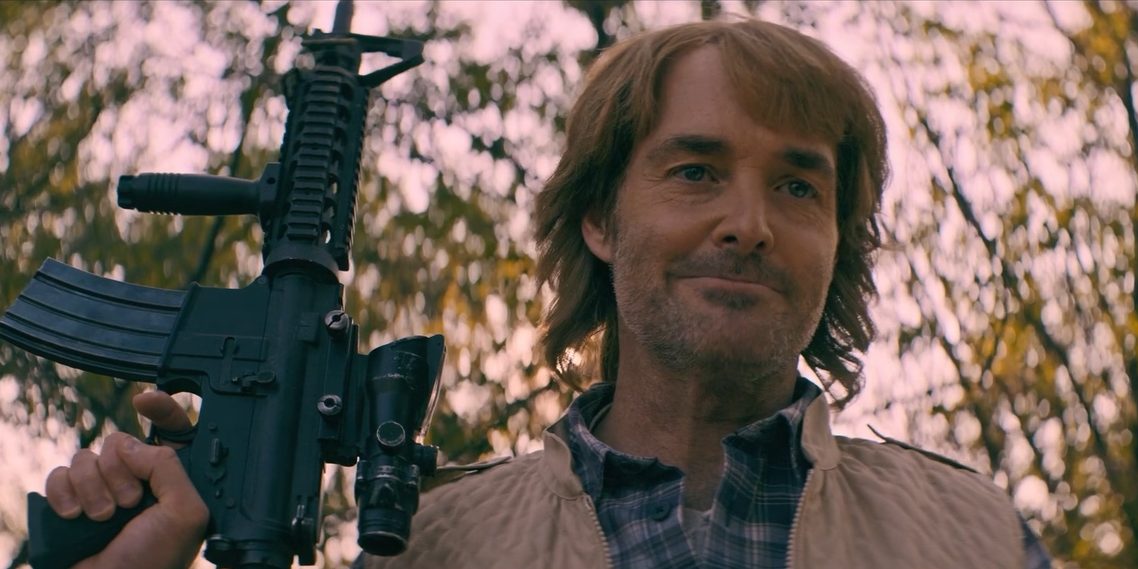 MacGruber is a bit of a loose cannon and full of cringe humor, but his heart lies in the right place. Created by Will Forte, Jorma Taccone, and John Solomon, and a sequel to the 2010 movie of the same name, the action-comedy series ‘MacGruber’ presents a deadly combination of wall-to-wall action and hilarious laughter. The character is a loose parody of the protagonist of the action show ‘MacGyver.’

The story follows the titular character’s roving adventure to stop the world from being destroyed. MacGruber is released from prison and brought back to act upon the surfacing of a mysterious chemical weapon named Brimstone. However, can MacGruber save the world after all? And who is the Architect? The ending is well-rounded, but if you have missed parts of the conclusion, that is where we come in. SPOILERS AHEAD.

In the beginning, Casey Fitzpatrick, MacGruber’s first fiancee, gives us a recap of the previous events. After Casey’s death on the eve of their engagement in the hands of Von Cunth, MacGruber was hellbent on revenge. Teaming up with Victoria “Vicki” Gloria St. Elmo and Lieutenant Dixon “Checkers” Piper, he took down Von Cunth. Now he is serving a prison sentence after a botched wedding with Vicki. General Barrett Fasoose rescues him from the prison, only to set him up on a suicide mission. A group of terrorists has held a girl and a dog hostage, and they have asked for MacGruber as a chip. 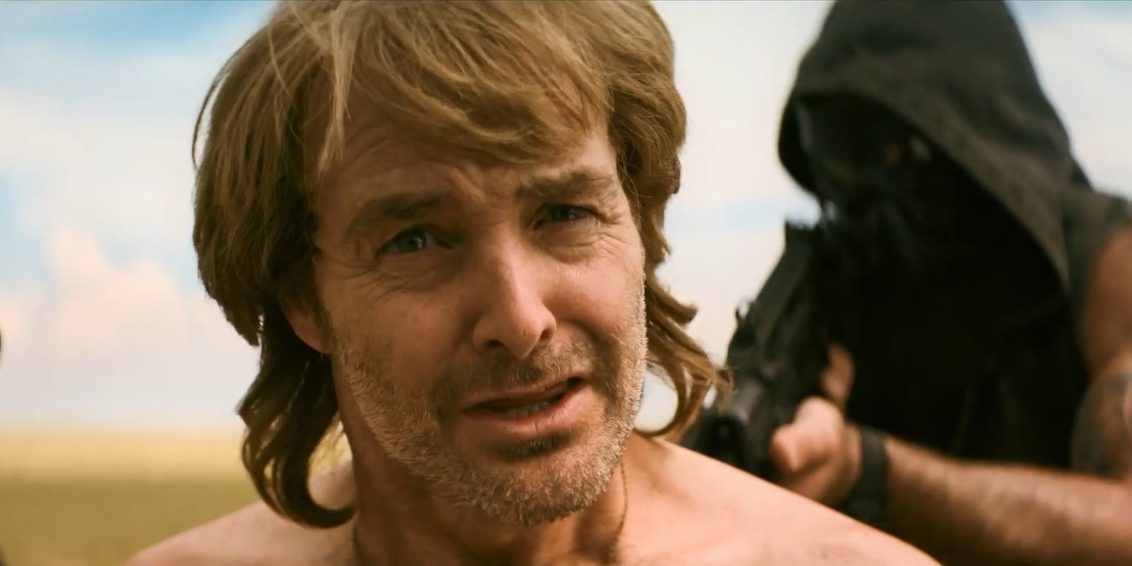 Meanwhile, MacGruber knows that his former fiancee Vicki is hitched to Barrett, but he gives the couple his consent. But when MacGruber RSVPs “Yass queen” to Barrett’s request, little does he know that he would meet his arch-nemesis Enos Queeth. Queeth introduces his team, the Tiger Company, one of the most skilled elite special operations forces in the entire world. While on a mission in Burkina Faso, Queeth and the team sought to sell a dangerous chemical weapon named Brimstone to the Russians.

Thanks to MacGruber’s loyalty and patriotism, they were left to rot in a Burkina Faso prison. But now, rogue and presumed dead, they want their revenge too. Queeth calls in Constantine (a mix between Freddy Krueger and Rorschach), an old enemy of MacGruber. After losing his skin and eyesight in an explosion caused by MacGruber, he wants to give the agent a taste of his own medicine. However, MacGruber frees himself with a tweezer, stops his butt from catching fire, and finds an exit. He also skins Constantine and kills the guards outside.

In the NSA headquarters, he is presumed dead, and Vicki is miserable. She consults with Piper before deciding that she wants to be a mother. But MacGruber and Piper meet at Vicki’s house and plan to go to the hideout where MacGruber has hidden the Brimstone. However, the act leads Queeth and his army to the Brimstone, and the trio suffers without a plan. A Reaper saves them, but Queeth escapes with the Brimstone. MacGruber deduces that Queeth would contact Russian scientist Irina Poliskaya to synthesize the chemical. 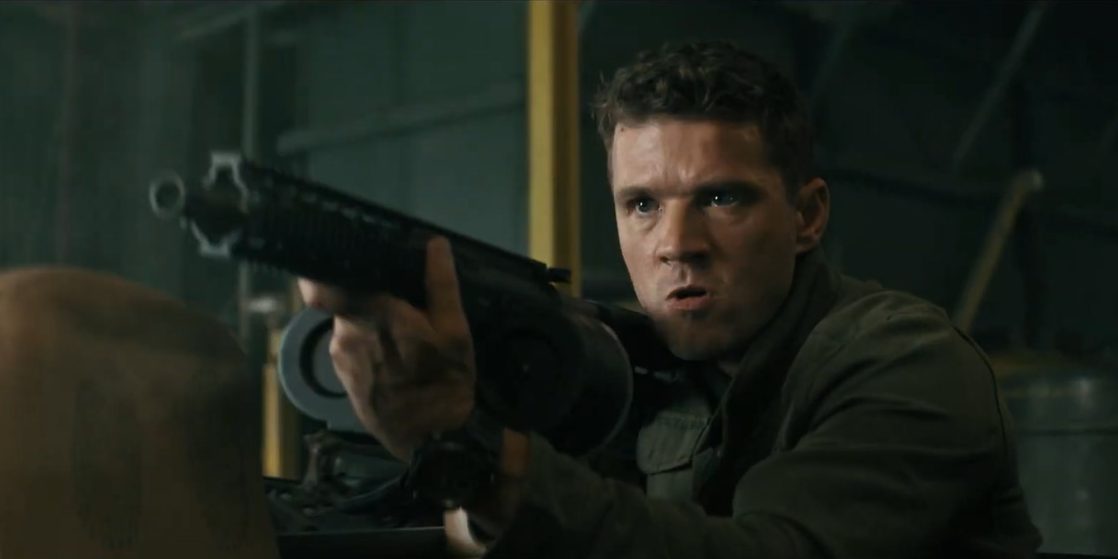 Piper finds that the International Chemical Defense Association Gala is organizing a soiree in Miami to felicitate the scientist. Vicki, Piper, and MacGruber work together to drug Irina at the venue. Vicki takes her garb and goes with the goons to the lab, where they have kept the chemical. MacGruber messes up the operation to ensure Vicki’s safety. Barrett is pissed off that the bird has flown, but he can’t be more grateful as a loving husband. He gives MacGruber the secret files of Queeth.

However, Barrett has insecurities about Vicki’s dubious relationship with MacGruber, and thus, he has tied hands with Queeth. They take care of both Queeth and Barrett. After Barrett’s death, Vicki gets back with MacGruber. But they wake up the following morning to find the news of a mysterious gas (Brimstone) killing tens of thousands in Ecuador. Now, they have to find Queeth’s mysterious associate, “The Architect,” who is behind this genocide, and possibly more.

MacGruber Season 1 Ending: Who is The Architect?

Queeth is dead, and the trio thinks they have averted the danger. However, after the devastating news starts circulating in the media, they have to find the Architect, who is possibly behind the release of the chemicals. On the other hand, Major Harold Kernst suspects MacGruber to be behind the attack. MacGruber becomes the most wanted person in the country, with a shoot-at-sight order hovering over his head.

MacGruber, hopeless and lost, calls up his father. MacGruber’s father spills that Kernst is the Architect, and they must leave the police station at all costs. However, the encounter on the rooftop between Kernst and MacGruber makes MacGruber think otherwise. Kernst assures MacGruber that they are on the same team, but the equation is not adding up. However, a fart on the way to MacGruber’s home makes things more straightforward.

MacGruber remembers the childhood proverb, ‘Whoever smelt it, dealt it.’ With the momentary epiphany, MacGruber concludes that the Architect is none other than his father. They reach the MacGruber household to find a private room. They break into the room to find a compartment below: a computer, a chair, a map of destruction, fake passports, and currencies — the whole setup.

Is The Architect Dead or Alive?

Previously, Kernst gave the flash drive from Barrett’s computer to MacGruber. As Piper installs the flash drive in the basement computer, the files begin to decrypt by themselves. MacGruber finds the name of “Havencroft,” which is the name of his family manor. After extracting this piece of information, they take a ride to the “MacGruber Country” to meet the father. While Vicki handles Beth (whose face is disfigured after the explosion) and Piper takes care of Bex the Grim Reaper, MacGruber is brought to his father in the dining room.

The father leads the son to what he calls the nerve room — the room which controls the release of Brimstone. After a confrontation about MacGruber’s mother’s death, the father puts a bullet into the son. Vicki comes screaming, but the lovers are seemingly in perfect sync. When Vicki goes for a backward vault, MacGruber miraculously returns to life (with a rocket launcher in his possession) and puts a rocket through his father. In consequence, the Architect is dead, and the world is saved. Adding to the irony, the countdown to destruction stops at 69 seconds, which is MacGruber’s family’s favorite password.

How Does MacGruber Dodge The Bullet?

While the world lives another day, you may wonder how MacGruber dodges the bullet. The answer is, he does not. The bullet strikes him all right. However, it turns out that Vicki’s locket saves him. Midway in the story, Vicki gives MacGruber a locket with her pubic hair in it. The locket deflates the bullet in the end, and it cannot pierce the locket through to MacGruber’s heart. In the first movie, he lived by using Piper as a human shield, unaware of Piper’s bulletproof vest. 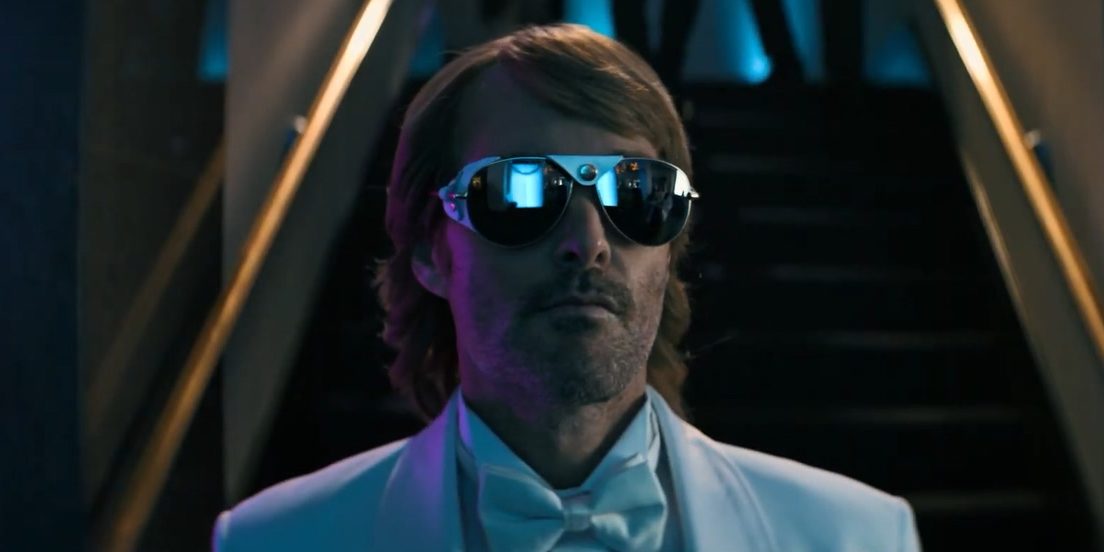 The story comes full circle as Piper and MacGruber become brothers from friends. They get over the past bitterness, igniting a new chapter. In the finale, MacGruber gives a graphic description to Kernst, Piper, and Piper’s wife about how he cheated death. But with the warning from his mother’s ghost that MacGruber is about to embark upon the most crucial mission of his life, the story continues.

Read More: Where Is MacGruber Filmed?