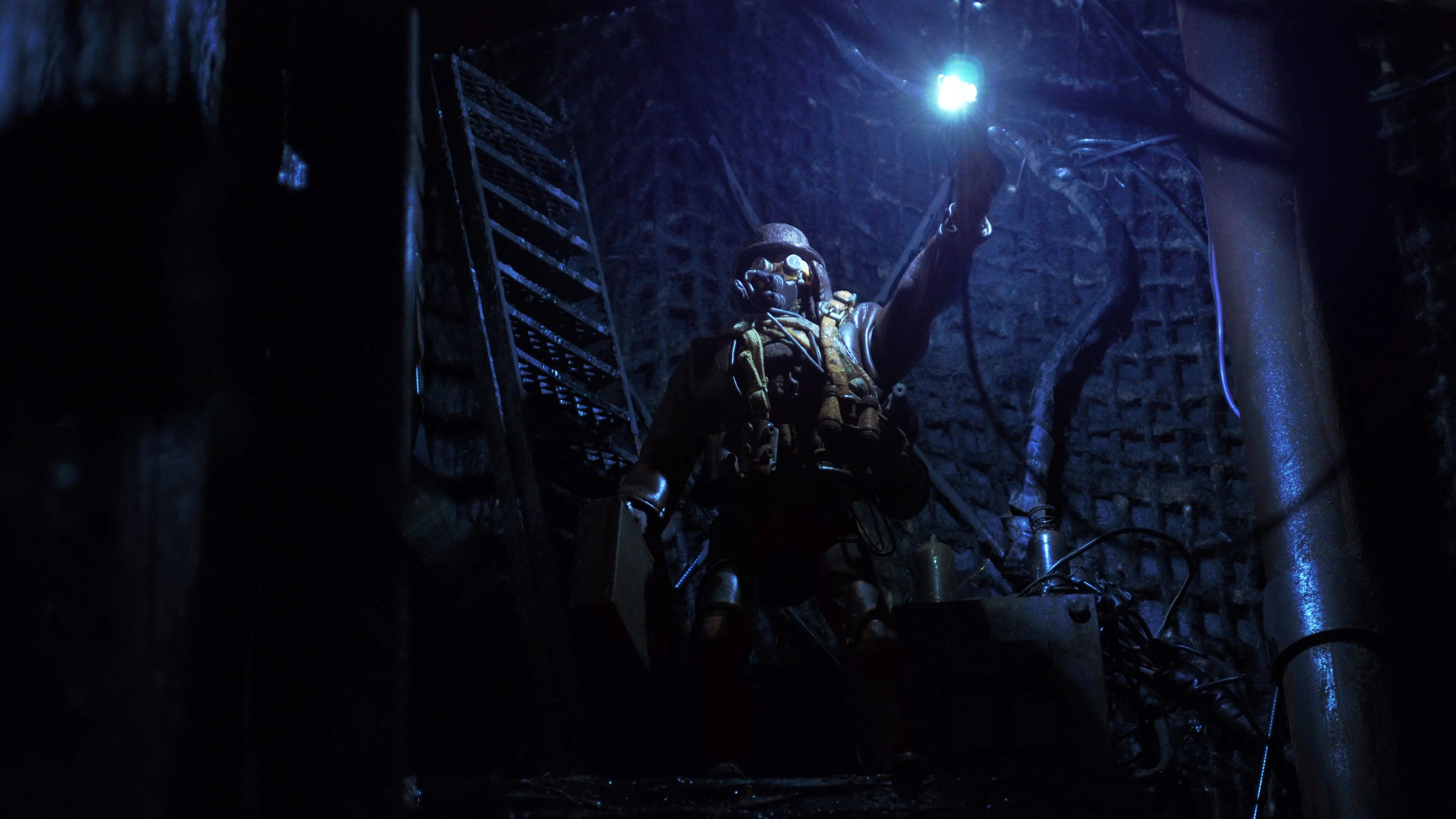 Phil Tippett’s animated fantasy horror ‘Mad God’ takes viewers deep into the murky depths of a post-apocalyptic world. A lone Assassin lowers himself past a bizarre collection of denizens that populate a multi-tiered world until he reaches an equally mind-numbing fate (literally). The surreal narrative encompasses several minuscule stories about various characters that inhabit the almost biblically dark world. However, amidst the chaos, and despite the title, there seems to be a greater plan at work. Much like the Assassin, let’s lower ourselves into the murky depths of ‘Mad God’ and see what we find. SPOILERS AHEAD.

A lone man known as the Assassin lowers himself in a diving bell past several levels of surreal landscapes — many with hints of a devastating apocalypse while others are swallowed by the ravages of time. Emerging from the diving bell, the Assassin continues on foot, regularly referring to a crumbling map. His surroundings are a whirlwind of post-apocalyptic chaos, which almost resembles a kind of twisted purgatory. The bizarre creatures that populate the scene range from tiny to many times the size of the Assassin, who continues on his exploration unperturbed. 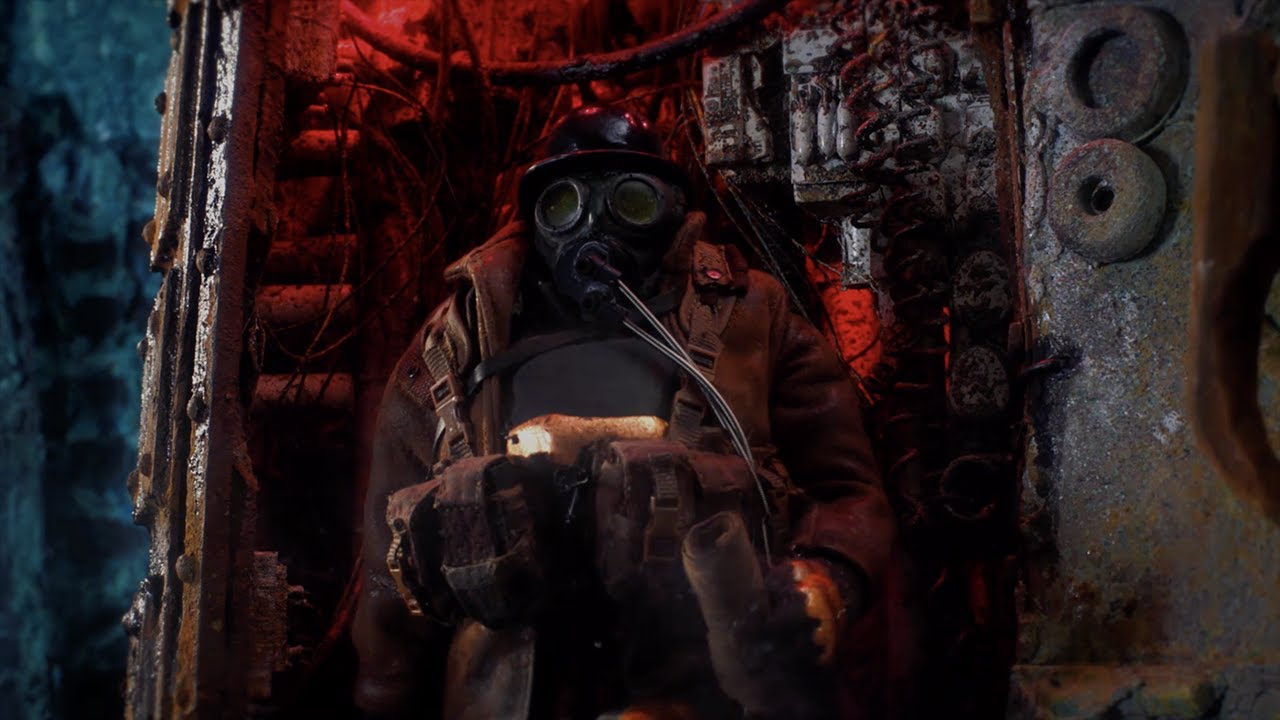 After walking past another bevy of worlds and climbing much lower, the Assassin arrives at his destination. He looks around to reveal enormous stacks of suitcases much like the one he is carrying. Clearly, there have been thousands like him before. He removes an explosive from his case and barely sets the timer before being abducted by a ferocious mechanical beast. The timer on the explosive falters, and soon, our Assassin is in the hands of the very same captors who have taken all his predecessors captive.

The Assassin’s captors excavate a variety of trinkets from his guts before drilling a hole into his head. An extended vision, seemingly from the Assassin’s memories, depicts how, far above on the “surface,” the Last Man has an army of Assassins who he lowers one by one. From his control room, he follows the progress of each of his Assassins and seemingly lowers another whenever the current one is captured.

Meanwhile, the captors also find a strange, slithery offspring inside the Assassin and promptly tear it away from him. The offspring is confiscated by an imposing being from the captors and finds its way into a smelting workshop. Here, the offspring is crushed and turned into glittering dust which seemingly opens a portal and shakes up the murky world. 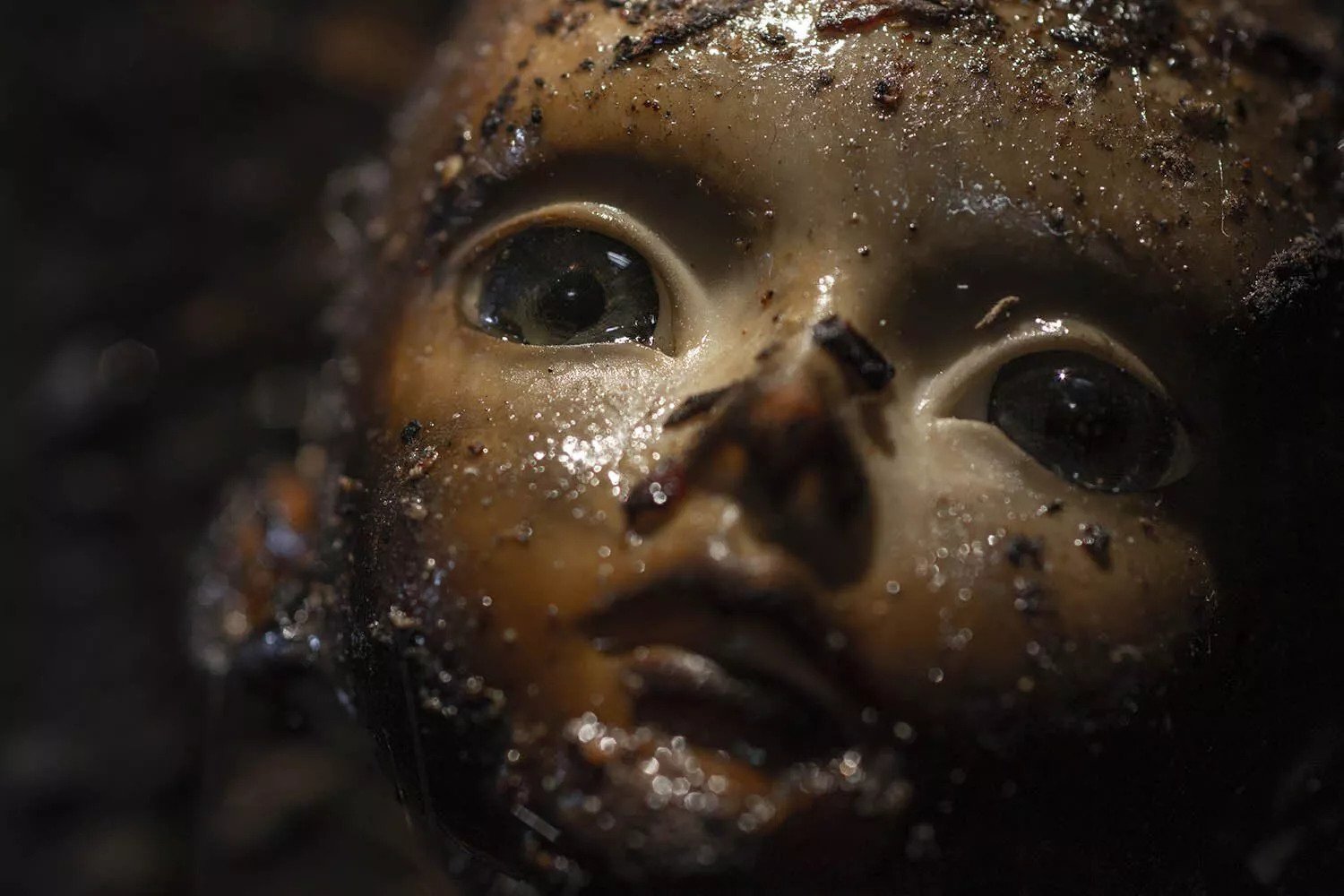 The effects of the dust seemingly stir the faulty bomb that the Assassin places earlier, and the needle on its timer, moments away from reaching its summit, begins to move again. As the film comes to a close, we get another glimpse of the Last Man standing on the surface on top with his army of Assassins, peering down into the world below to see if the bomb went off or not.

Thus, after what looks like millions of attempts (judging by the teetering piles of suitcases), it appears that the bomb planted by the Assassin might have finally gone off. It is unknown exactly how many times previous Assassins have attempted to plant the bomb; however, from the well-practiced motions of the entire process, it looks like the man above on the surface has sent a vast number to the dark and chaotic world below.

Additionally, the captors below have an equally vast collection of captured Assassins who have all been subject to brutal torture and dismemberment. Perhaps what makes this particular Assassin different is that an offspring is found within him. In the end, it looks like it is because of the disturbance caused by the offspring (after it is turned to dust) that the faulty timer on the bomb begins to work again. Thus, the explosion most likely occurs, and the film closes mere moments before the Last Man on top sees the effects of the explosion.

Of course, since it isn’t explicitly shown, there is also a slim chance that the bomb doesn’t explode. However, this would mean that the cycle restarts once more, and the Last Man sends down another Assassin. Looking at the army of Assassins collected above, it seems like a neverending process until a bomb finally explodes. Therefore, it seems fitting that the film focuses on the final instance where the bomb does explode.

This still leaves a number of questions about what happens after the bomb explodes. The Last Man could continue to send Assassins into the now decimated world. There is also the possibility that this is just one of many different worlds that the Last Man peers into, and after the bomb explodes, he merely moves on to the next one. To get a better idea of what happens next, perhaps it is worth looking at why the Last Man is sending Assassins down in the first place.

Why is the Last Man Sending Assassins Down?

The Last Man could see himself as the overlord to the chaotic world below and might have a hand in deciding its fate. Another explanation along the same lines would be that the Last Man is conducting experiments on the world below and has actually detonated multiple bombs at various levels of the multi-tiered world. This would explain the many different apocalyptic landscapes that the Assassin sinks past before getting to his target. 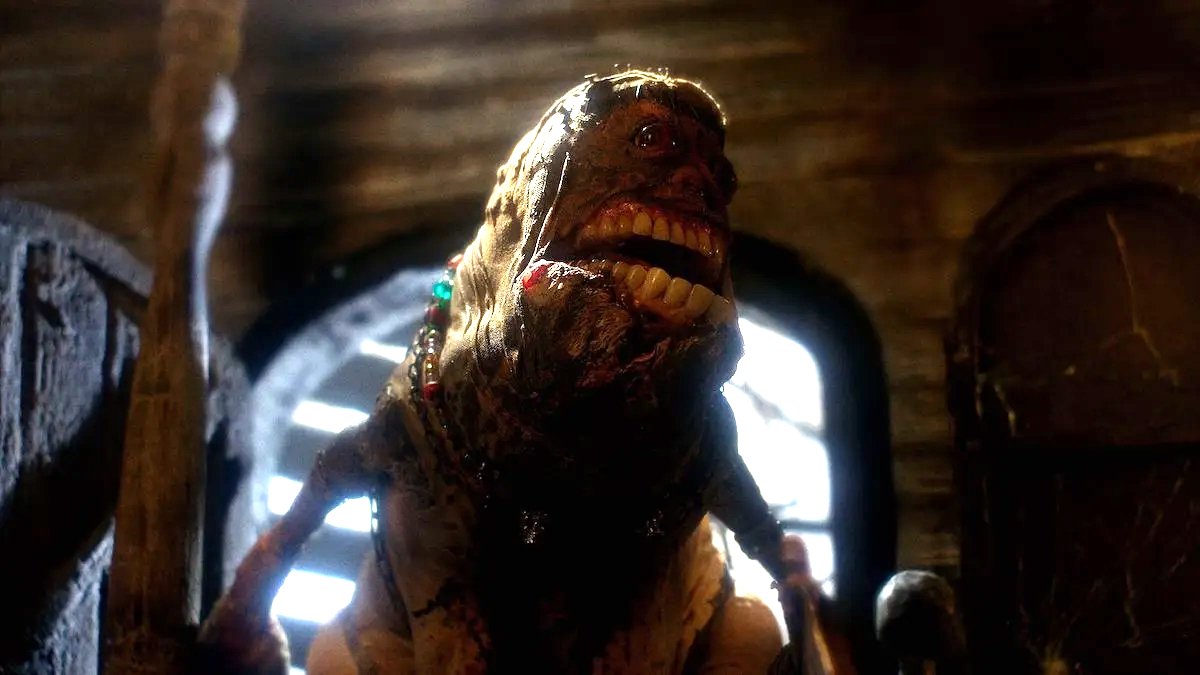 Thus, the Last Man could very much be the titular “Mad God,” sending Assassins into the world below while he watches the results of his handiwork from above. However, the post-apocalyptic chaos of the nether world also scares the Last Man, making it seem like he is not completely in control of it. Perhaps it is part of a creative experiment gone wrong, which would explain why he would try to destroy it. Of course, in keeping with the bizarre nature of the narrative, the Last Man uses a rusty old diving bell and measly sticks of dynamite to carry out his seemingly lofty mission.

Ultimately, there are clear reasons why the Last Man, cowardly though he seems, would want to destroy the dark and chaotic world below. He and his ordered army of Assassins are in stark contrast to the tumultuous senseless violence going on below, and by quelling it, the Last Man could be trying to make a new, more ordered world. His army of Assassins also suggests that he has no dearth of underlings and could probably create more on command, much like a god, to populate his newly ordered world.