Made in Abyss Season 2 Episode 5 Recap and Ending, Explained 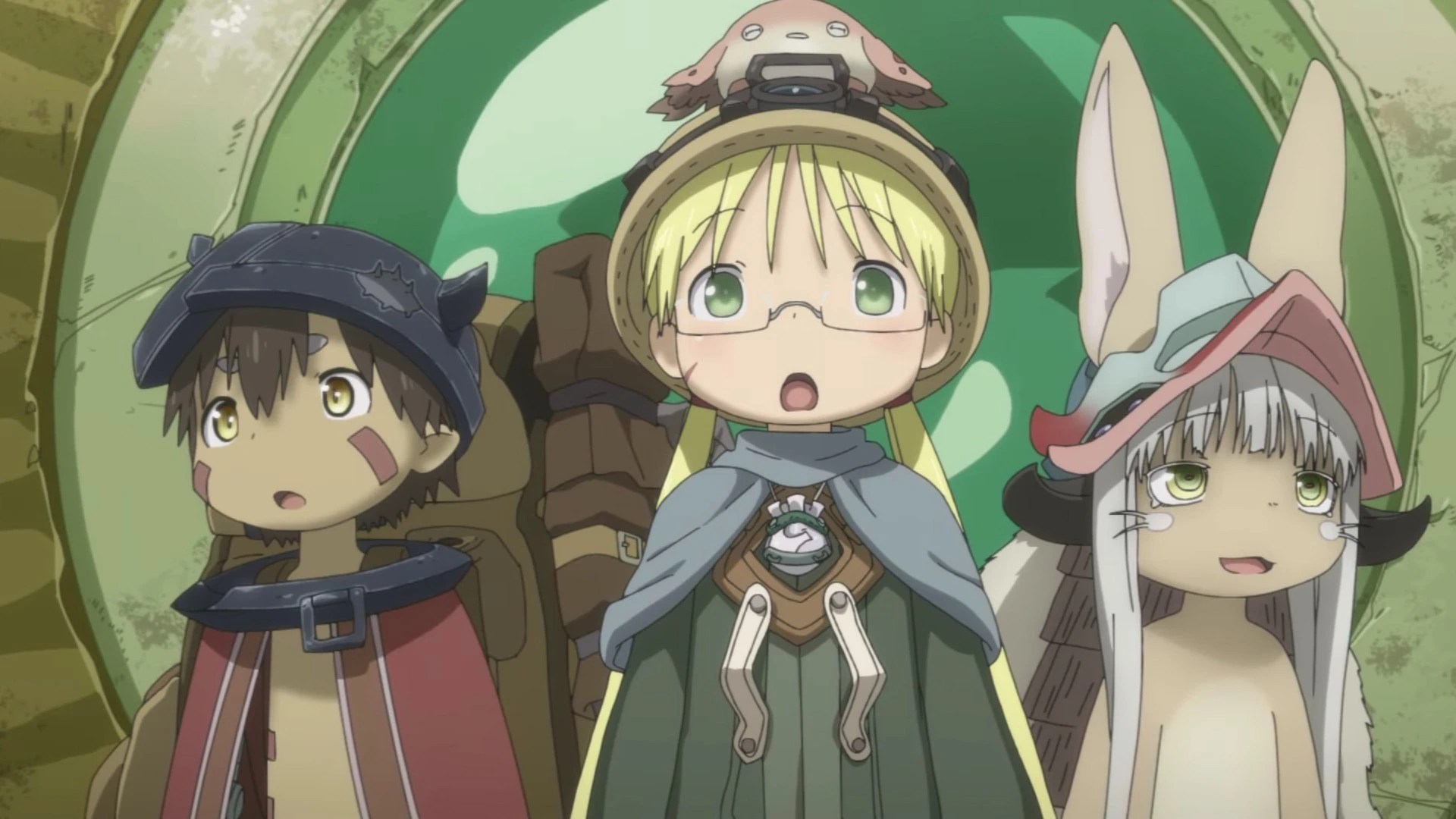 Made in Abyss Season 2 Episode 5 Recap

After getting away from Faputa, Reg begins to look for her friends. He wants to reunite with them as soon as possible but is unfortunately clueless about their whereabouts. However, while walking back to the village, he notices something peculiar. He is constantly being followed by the turbinid dragon. He decides to avoid it, but all of a sudden the colossal monster tries to crush him under his feet. 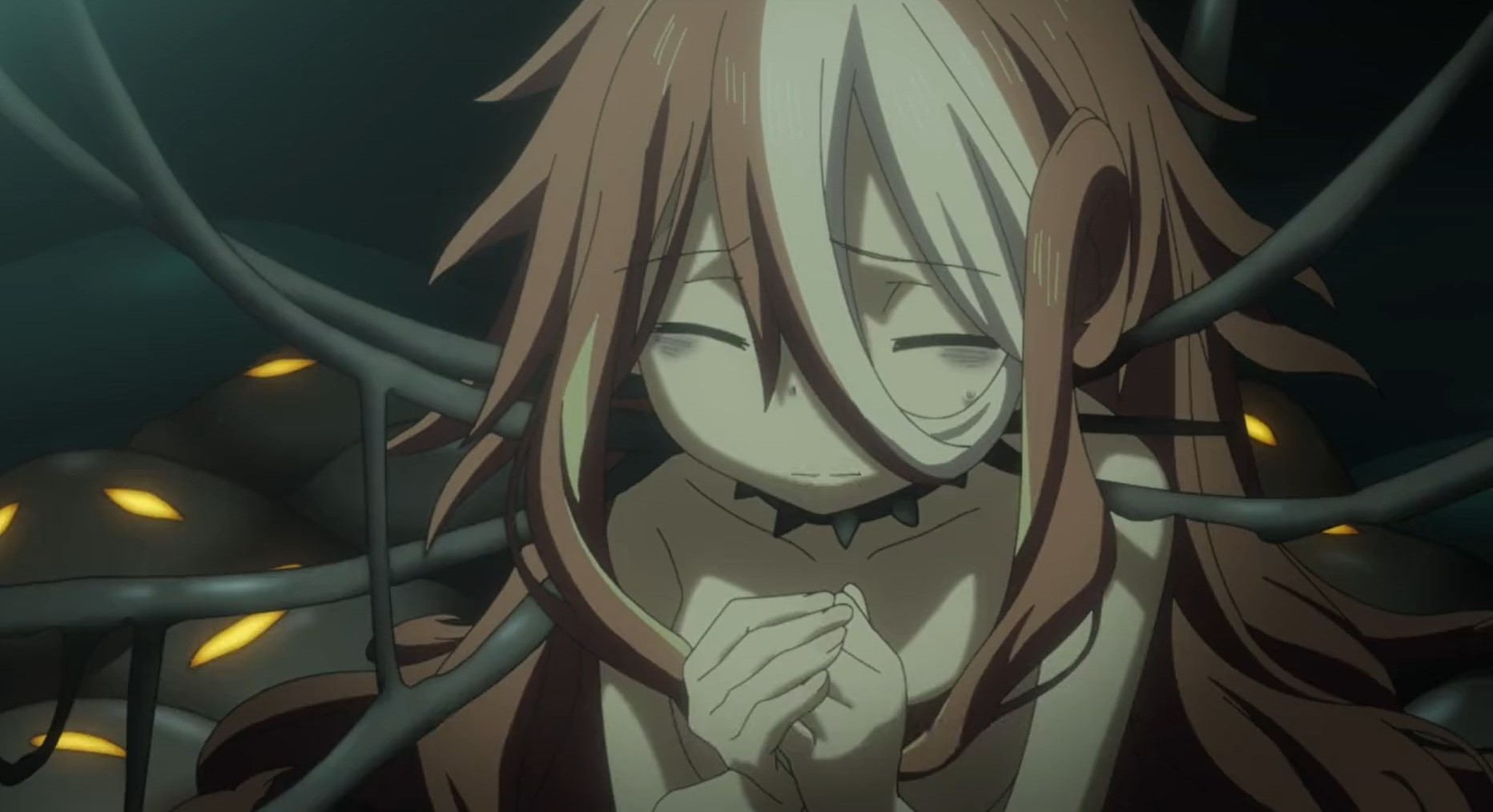 Reg manages to save himself thanks to his strong mechanical hands. But before he could manage to become aware of the turbinid dragon’s next move, Reg is pushed down a valley by it where he could barely find anything to hold on to. As he extends his mechanical hand to stop his fall, the turbinid dragon secrets a strange substance from its mouth making all his attempts fruitless. Luckily, he is saved by Faputa’s companion who has been following him around until now.

Although he saves Reg’s life, he warns him to leave as soon as possible. He explains that he is just an interference unit and even alludes to the possibility that Reg may too be one like him. Therefore, he suggests getting his memories back as soon as possible. There is a good chance that both of them are made by the same creator. Therefore, Reg must now uncover the truth.

In the meantime, Riko learns the language spoken in the village and even meets one of three sages. After learning that she can find her friends at a place called Dogappu, Riko decides to investigate it herself knowing the danger she is putting herself in. There she meets Vuelo, who is desperate for her freedom. Realizing the pain that she is in, Riko decides to help her. In return, Vuelo takes Riko Belaf’s cave. She claims that Riko will find at least one of her friends there.

Made in Abyss Season 2 Episode 5 Ending: Is Nanachi Dead or Alive?

After entering Belaf’s cave, Riko sees her lying unresponsive on the ground next to Mitty. When they see Majikaja, they ask him about the strange situation. Majikaja explains that he brought Nanachi to Mitty not knowing what she meant to them. When they finally got to meet Belaf and learned that they will have to pay something of similar value to free her friend. Nanachi did not think twice and decided to do the unthinkable. 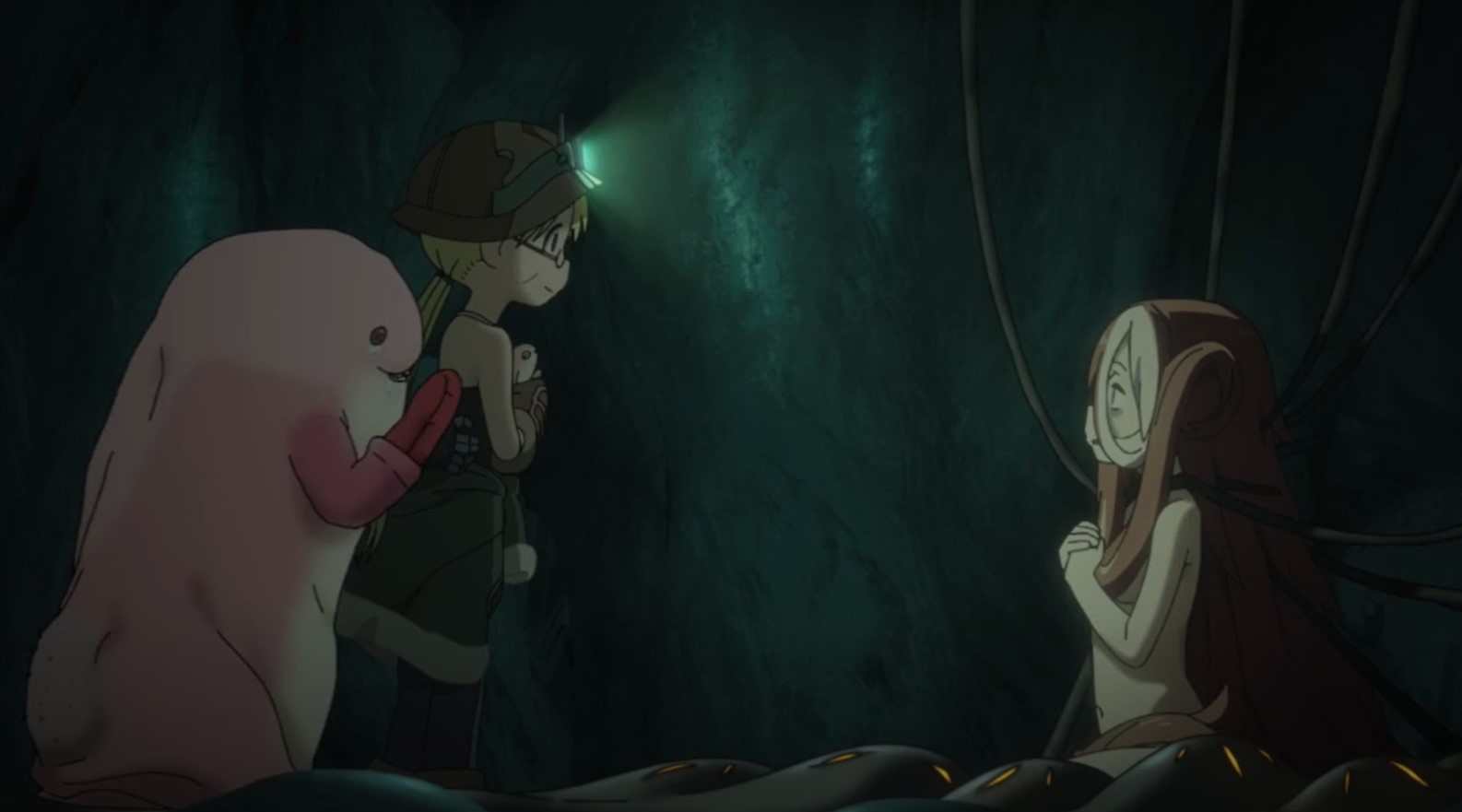 Nanachi gave themselves up so that Belaf does not continue to feed on Mitty and their friend can finally be free from the torture. Although they appeared lifeless lying on the ground, Majikaja clarified that Nanachi is actually alive. She has been put to sleep for now, so Riko need not worry about her friends’ well-being for now.

What Conditions Does Belaf Lay Down Infront of Riko?

After learning everything there is to know about Nanachi and Mitty’s current situation, Riko realizes that her friend is in a world of trouble. Now that they have given themselves up to Belaf, he will most likely torture her. Therefore, in order to save her friend, Riko decides to put herself on the line. However, she is quite smart about her choices, unlike Nanachi who offered themselves up for Mitty.

Unfortunately, Belaf is not ready for any negotiations. He explains how he had to sacrifice his sensory organs, and sixty-four limbs and had to go through unimaginable pain in addition to all of that to get Mitty. Therefore, when Nanachi came to free Mitty he was not prepared to make any discounts. Now that they have given themselves up, Belaf wants something of equal value in return from Riko. He argues that she will have to give herself up but Riko smartly declines.

She rightly makes the case that a human being is far more valuable so Belaf is asking too much from her. Interestingly, Belaf does not argue and accepts that she is obviously right. Therefore, he gives Riko three non-negotiable choices to pick from. If she wants to free Nanachi, then she has to give up her two eyes or two limbs. The third option is to give sacrifice half of her internal organs. When Riko hears what Belaf has proposed, she is left dumbfounded and her hands begin to tremble.