Made in Abyss Season 2 Episode 2 Recap and Ending, Explained 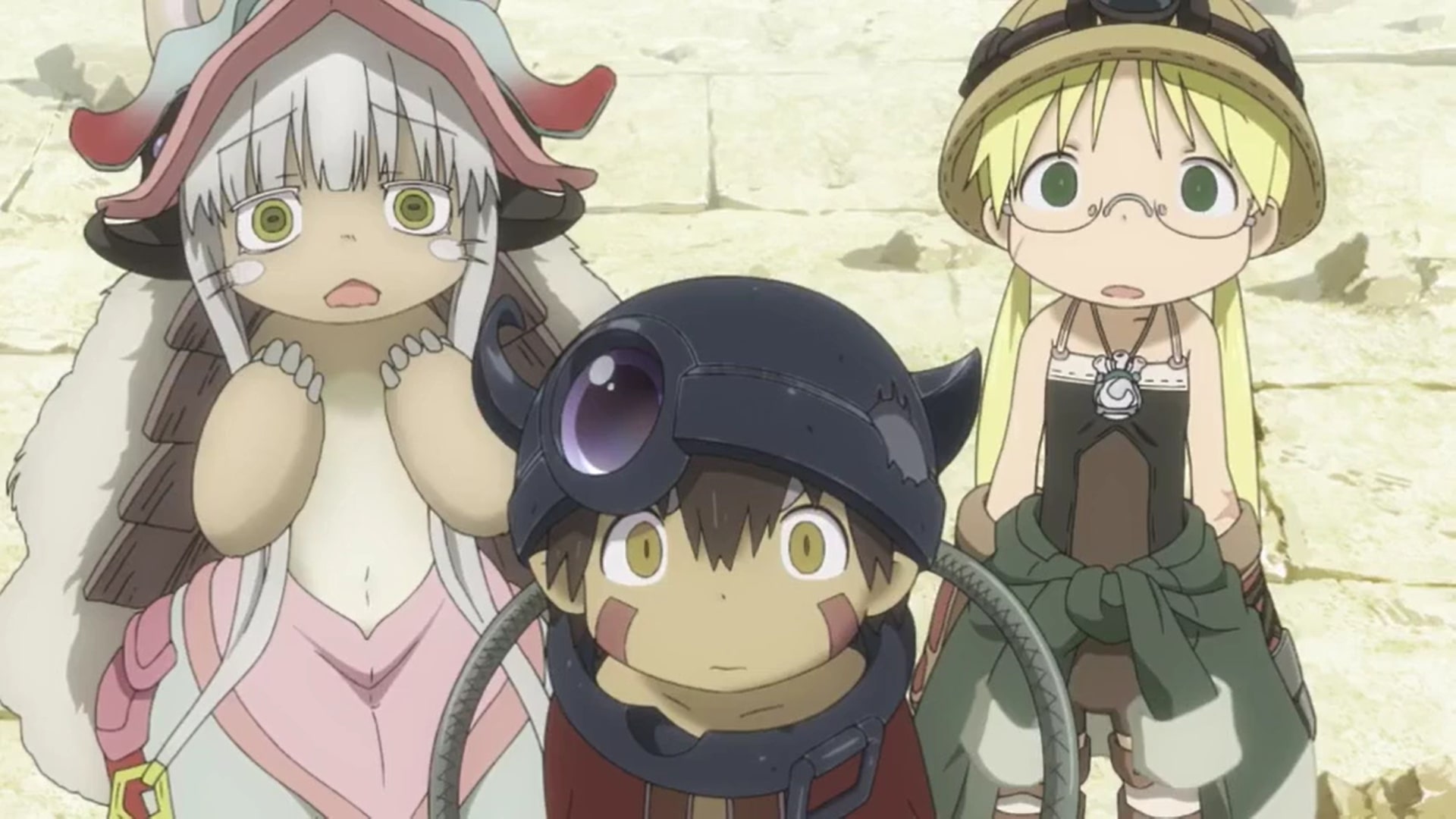 Made in Abyss Season 2 Episode 2 Recap

After a long struggle and many sacrifices, Riko and her friends finally manage to reach the capital of the unreturned, fully aware of the consequences of going there. They are soon overwhelmed by the grandeur of their new world and start slowly exploring the city. When Nanachi realizes that a lot of flows of consciousness are gathering around them, she asks her friends to continue to walk. At the present moment, food is the top-most priority for the three friends, so they start looking for something that they could eat.

As they are walking in search of food, the trio comes across a turbinid dragon. The colossal monster can move between different dimensions without worrying about curses and has poisonous scales that are very instrumental for its defense. Since the turbinid dragon can be very dangerous, the three friends move ahead and finally find mizojacks- docile creatures who live near geothermal vents. Since they lay eggs, Reg scares them away from their small cave using his mechanical hand.

When the three friends enter their home, they find several eggs that appear to be moving. However, just when they have picked a few, a massive ball of fire grows outside and bursts. As the fire begins to rain down on them, the trio barely manages to avoid any serious injury. However, before they could think much, two more huge balls of fire begin to enlarge in the distance. Reg, Riko, and Nanachi make a run for their lives, hoping to find a safe spot as soon as possible.

Once they have run far enough, they all sit down to give themselves some rest. After washing the eggs in the nearby stream of water, they use it to boil the eggs. However, when the shells are opened, they find that there is still movement and other signs of life. Reg ignores everything and takes a bite, only to realize that it continues to move even after being chewed. Despite using different cooking methods, they are forced to eat the contents of the egg with its creepy movements and other signs of life. 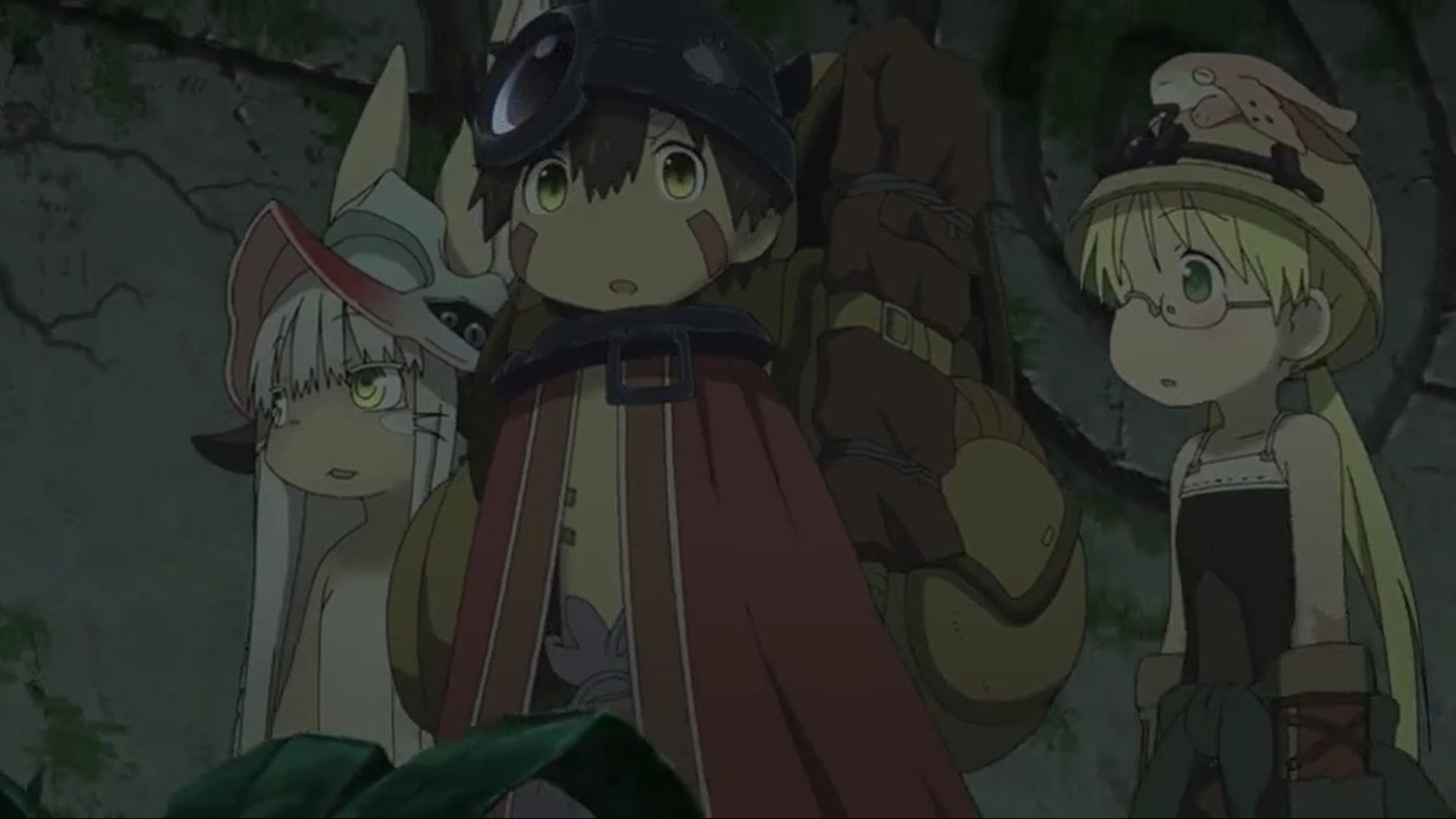 The taste of the food suddenly reminds Riko of the Cave Raiding Memorial Day and Nat, the boy from the Orth. She decides to send a message to him in order to inform their friend about their unique achievement. However, when they try to send a mail balloon, it is caught by a bird-like creature. Riko is distraught, while Reg and Nanachi decide to go to bed. When the three friends wake up after resting for a few hours, they realize that Purushka is missing. In fact, the abductor also managed to get their hands on the mail balloon that they had sent earlier and left it near them after drawing mysterious symbols on the sketch of the three friends.

Made in Abyss Season 2 Episode 2 Ending: Do Riko and Her Friends Manage to Find Purushka?

Nanachi is unhappy that Purushka’s abductors not only dared to sneak around them but also left behind clues as if to challenge the three friends. Therefore, the trio immediately starts looking for their friend. They come across the carcass of three animals whose bodies appear to have been sewn up. When Reg cuts open their body to take a look, the three friends are shocked to learn that it contains Nanachi and Riko’s hair. 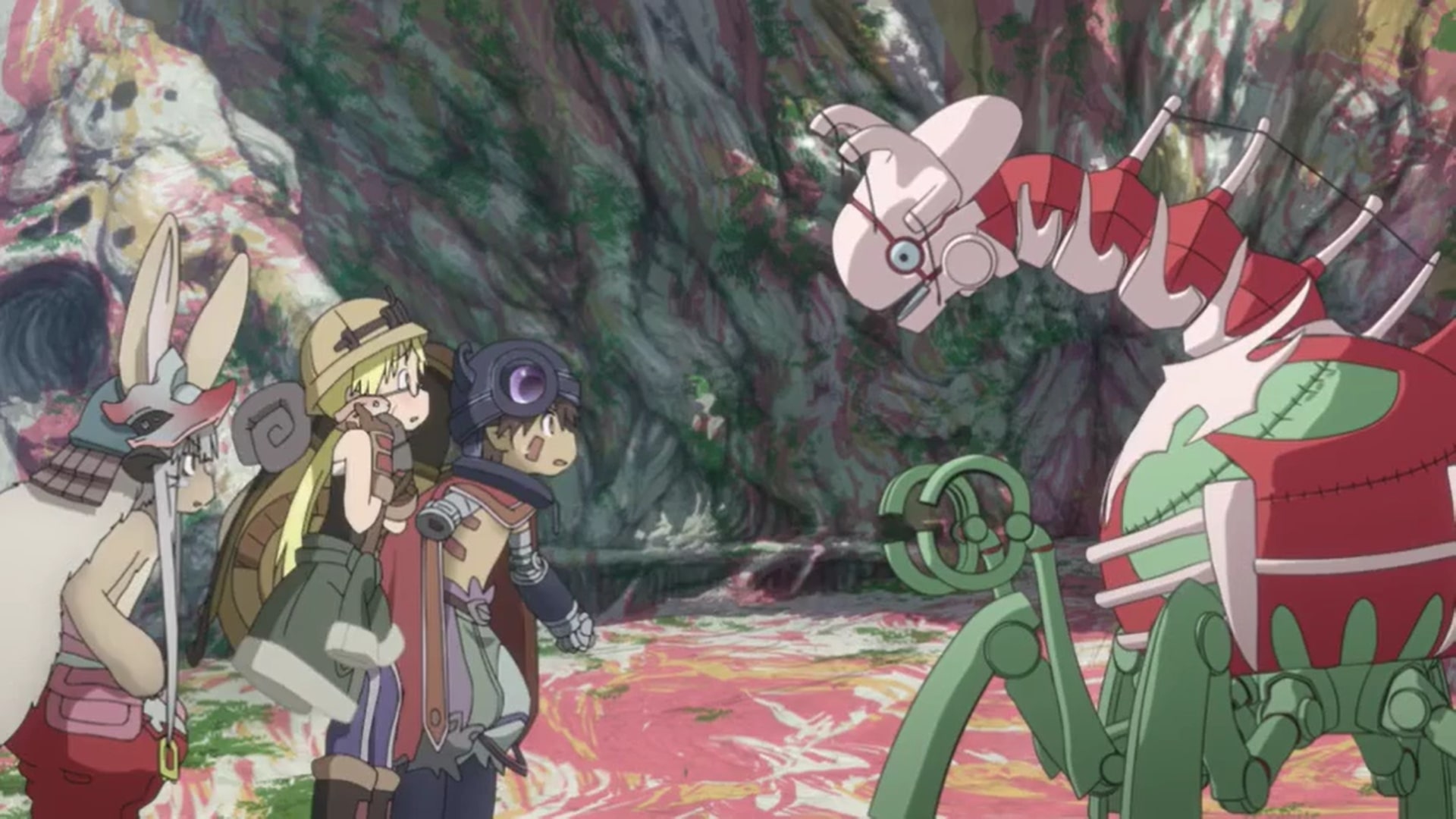 Although the creepy actions of their enemies are naturally designed to instill fear, it has the opposite effect as Riko becomes more determined than ever before to rescue Purushka as soon as possible. As they continue to follow the scent of their friend, they come across huge footmarks. Nanachi concludes that they are possibly made by a bipedal organism that most likely has something to do with the abduction.

As they continue to follow the footmarks, they find the carcass of a huge animal just next to it. They also spot a symbol that was drawn over their sketch as well. Nanachi, Reg, and Riko’s search finally end when they reach a place where they find themselves surrounded by several strange-looking animals. One of them walks up to them and, after realizing that they are cave riders, introduces himself as Majikaja. Although the trio is yet to find Purushka, it appears that they are quite close to tracking her down.