Made in Abyss Season 2 Episode 6 Recap and Ending, Explained 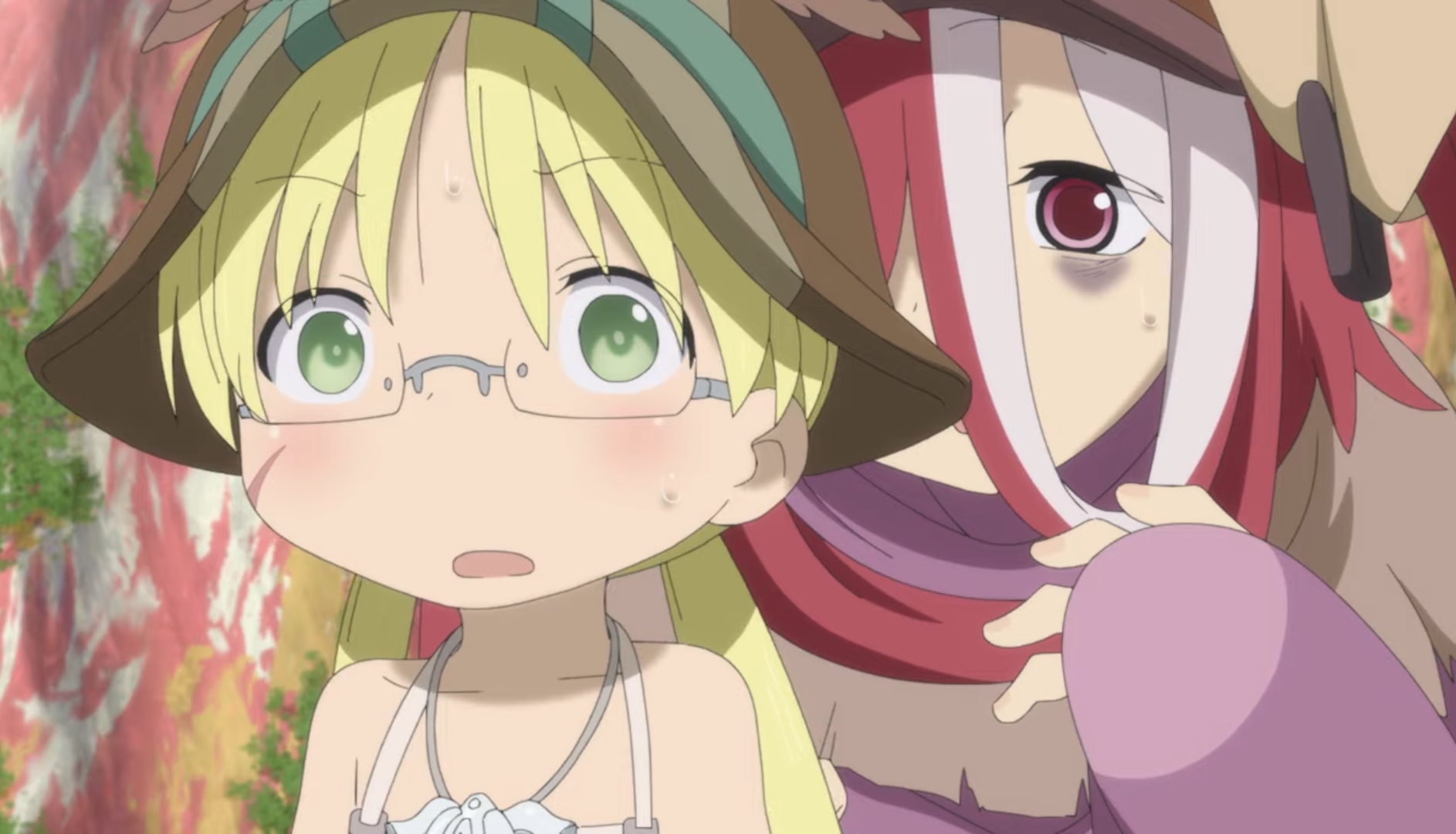 In the sixth episode of ‘Made in Abyss’ season 2 or ‘Made in Abyss: The Golden City of the Scorching Sun’ titled ‘The Luring,’ Riko fails to save Nanachi, who has accepted her fate and appears to have given up all hope of freeing herself again. As she visits the village to figure out something else, Riko learns about a colossal monster that is being hunted down by the villagers. Here’s everything you need to know about the ending of ‘Made in Abyss’ season 2 episode 6. SPOILERS AHEAD!!!

Made in Abyss Season 2 Episode 6 Recap

After finding Nanachi with Belaf, Riko becomes determined to go to any lengths for her freedom. Therefore, when Belaf gives her a choice between three body parts to sacrifice, Riko hesitates only for a while but then mentally picks one of the dreadful options. However, before she could put her life on the line for Nanachi, Majikaja interferes and stops her from saying anything. 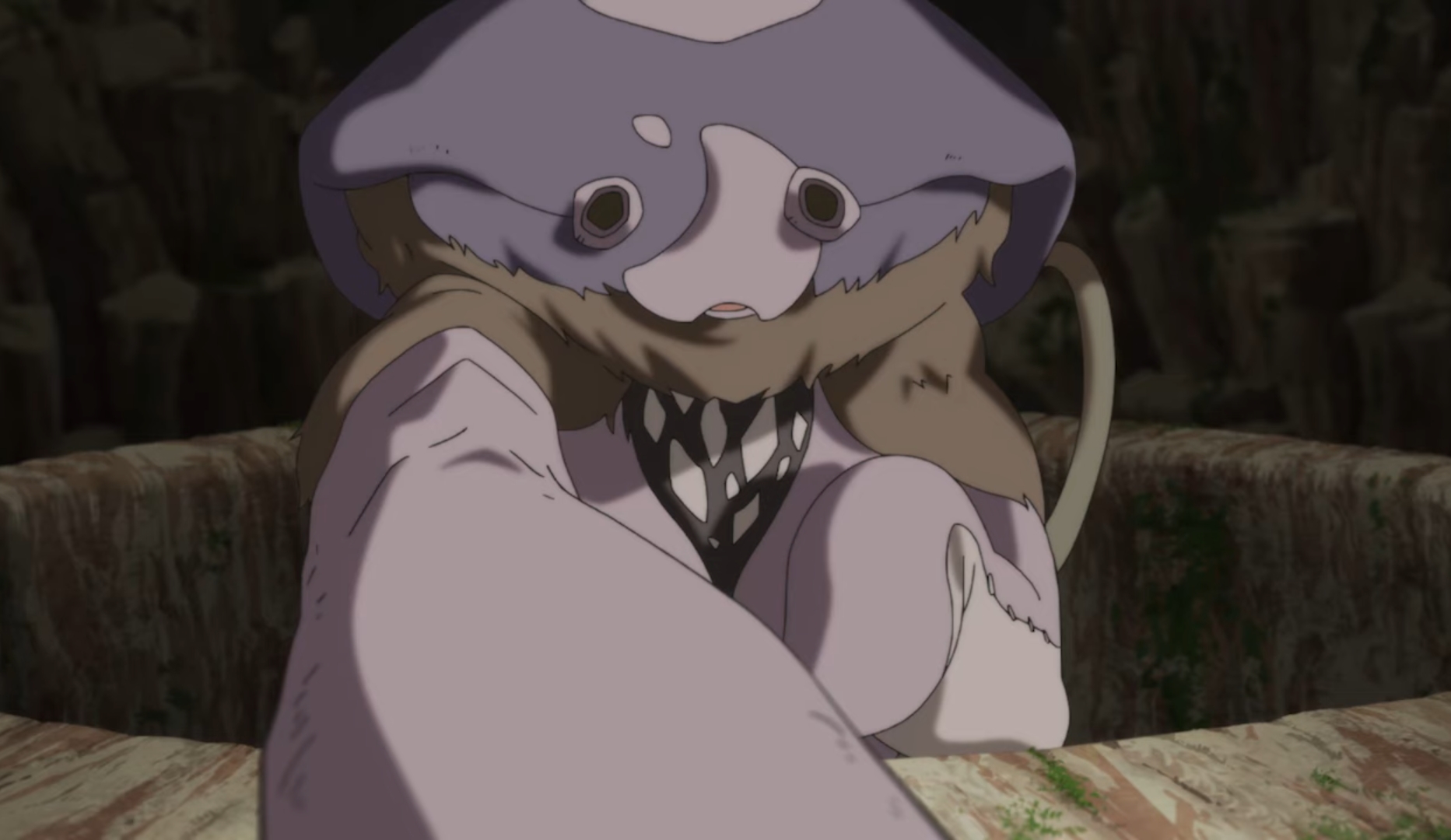 Nanachi, who can barely move, also tells Riko to leave her there and go away from the cave as soon as possible. Although Riko is naturally reluctant, Majikaja drags her away to ensure another life is not unnecessarily sacrificed. Once they are outside, Riko is still concerned about Nanachi. That’s when they see the villagers hunting down a colossal monster. It turns out that he came from the outside world and the village stands to gain if the inhabitants manage to hunt it down.

Unfortunately, the hunters become the hunted in this specific case as the monster begins to trample one village after another using its giant hands protruding out of its amoeba-like body. The situation soon begins to get out of hand. Suddenly Riko realizes that Oogasumi, the giant monster is actually going towards the cave where Purushka is getting repaired. She manages to get there before it’s too late and takes her friend away.

Moments later Oogasumi manages to wreak havoc in the nearby region. It continues to destroy one place after another until Juroimoh of the three sages decides to confront it. He uses his sword to slice the monster but the amoeba-like creature manages to come together after disintegrating into several pieces.

Made in Abyss Season 2 Episode 6 Ending: Does Riko’s Plan to Stop Oogasumi Work? How Is the Monster Eventually Defeated?

When Juroimoh is fighting Oogasumi, Ruko notices something peculiar about its movements. The monster has been able to successfully evade all attacks because of its ability to change its shape. Furthermore, its body, which can be disintegrated will also provide another layer of protection. Riko noticed its movement as closely as possible and came to the conclusion that it can be used against it. Since Oogasumi was literally floating in the air to get from another place to another, it must utilize, wind to its advantage. Therefore, she comes up with a plan. 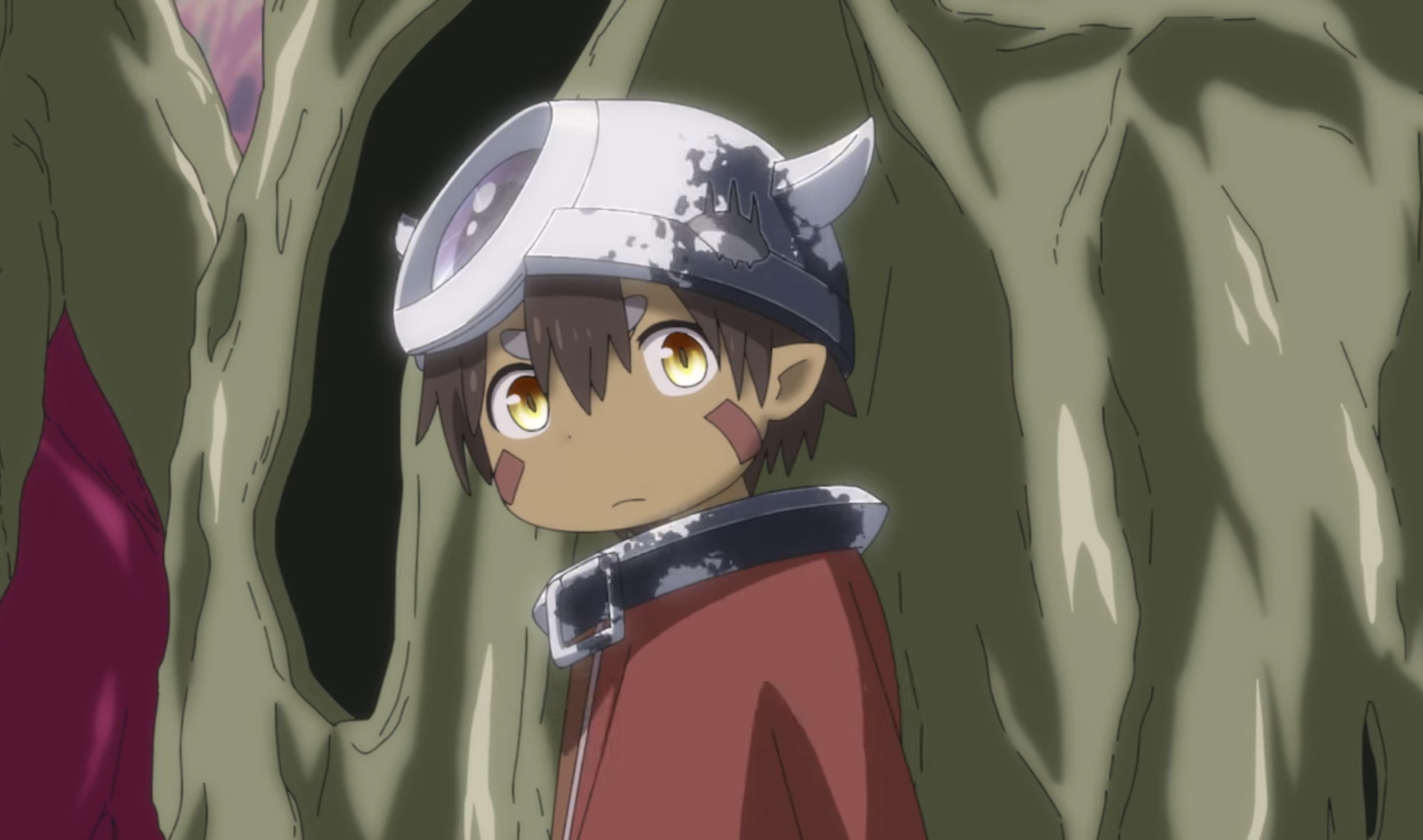 With the help of the villagers, she forces Oogasumi to chase her after it has defeated Juroimoh. She sits on Majikaja’s back who runs as fast as possible. As Oogasumi gets to a specific place after a long chase, the villagers are waiting for the right time. As soon as they get Oogasumi exactly where they want it, they ignite a fire that ends in a small blast just under the gigantic monster. As it is blown upwards others there use a giant rope-made net to catch Oogasumi.

It appears that Riko’s plan succeeded and they have caught the monster but just when everyone stops paying attention, it attacks again. When it tries to catch Riko, Maaa comes in between and saves her. Riko cannot let her die so she panics and accidentally uses her whistle. Within a few seconds, Reg comes to everyone’s rescue and methodically uses his arms to destroy Oogasumi to pieces.

Why Does Reg Go to Meet Faputa Again?

After Oogasumi has been defeated and Riko finally learns about its true nature, she also meets Wazukyan who arrives just too late to help the villagers. Instead of complaining, she uses her chance to ask him if it was possible to save Nanachi from Belaf. Wazukyan suggests that she must offer something of equal value in return and a part of Faputa will probably be the ideal exchange in this case as she is an embodiment of value. Reg, who is also there with her realizes that he is the only person that can convince Faputa to help his friend. Therefore, without ever giving his decision a second thought, he immediately goes to meet Faputa so that Nanachi can finally be saved.