Made in Abyss Season 2 Finale Recap and Ending, Explained 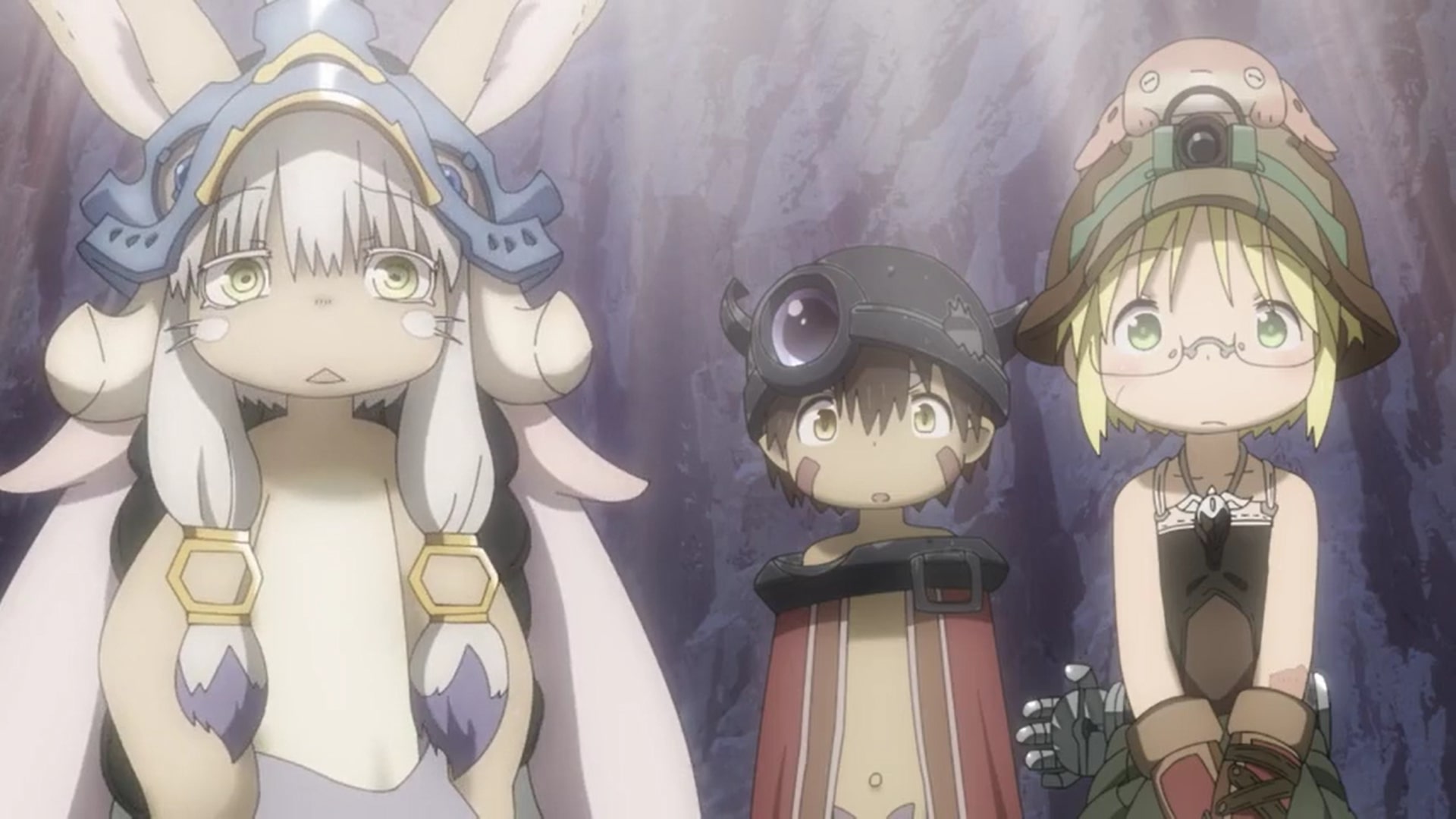 In the twelfth episode of ‘Made in Abyss’ season 2 or ‘Made in Abyss: The Golden City of the Scorching Sun’ titled ‘Gold,’ Faputa fights the beasts that have infiltrated the village, while Wazukiyan takes his last breath. She later gets to discuss her mother’s life with Vueko. Reg offers Faputa the chance to join his friends in their future adventures, once she has accomplished her only goal. Here’s everything you need to know about the ending of ‘Made in Abyss’ season 2 episode 12. SPOILERS AHEAD!!

Made in Abyss Season 2 Finale Recap

Faputa continues to fight the beasts from outside the village, who are dismantling the Narehate Village Ilblu- something that she sees as the taking away of her inherited responsibility. Faputa recalls meeting Gabroon accidentally a long time ago when he introduced himself as an interference unit and was quite curious about her. 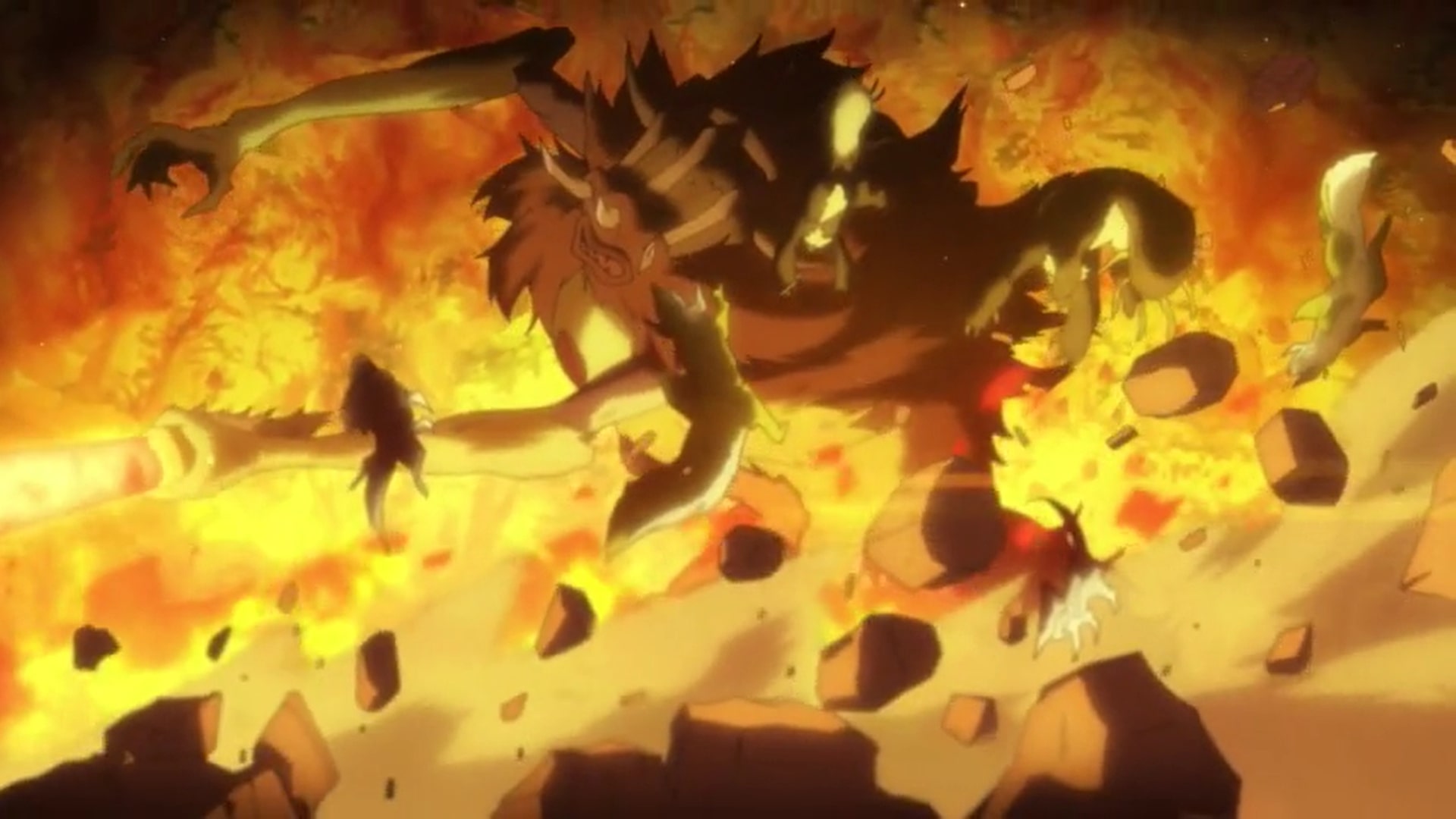 Faputa helped him repair himself and the two eventually formed a deep bond with each other. He eventually gave the young princess a name and was himself christened Gabroon. When Faputa found out that Reg had returned, she deliberately stole Prushka away from the trio, which eventually led them to Ilbu. She had expected that going there may recover Reg’s memory but it did not happen.

Meanwhile, Reg woke up and found himself with his friends. They soon meet Wazukiyan who is on his deathbed. He gave Riko and her friends a new perspective on looking at past events and made them promise that they will take care of Faputa. Suddenly, Moogie realizes that Faputa is calling for them. However, unlike on other occasions, it appears that this time she genuinely needs their help.

In the meantime, Vueko is concerned about everyone’s well-being as the battle becomes more intense with each passing hour. She recalls Riko’s selflessly helping others and being in awe of her kindness. However, she does not realize that the walls of the village have cracked open in some places and ends up getting cursed once again. Her face immediately begins to disintegrate before she is luckily rescued soon afterward. Unfortunately, she later learns that the damage to her soul has already been done.

Made in Abyss Season 2 Finale Ending: Does Faputa Finally Achieve Her Goal And Destroy the Narehate Village Ilblu?

As the beasts from outside continue to pour inside the city and attack the villagers, Faputa gets fired up even more. She teams up with Juroimoh and unleashes a violent exchange of blows that appears to have no end. The duo at some point find themselves against a Turbinid dragon. The high-intensity battle lights a fire in Faputa’s heart, but Juroimoh soon dies in battle and she is left alone. 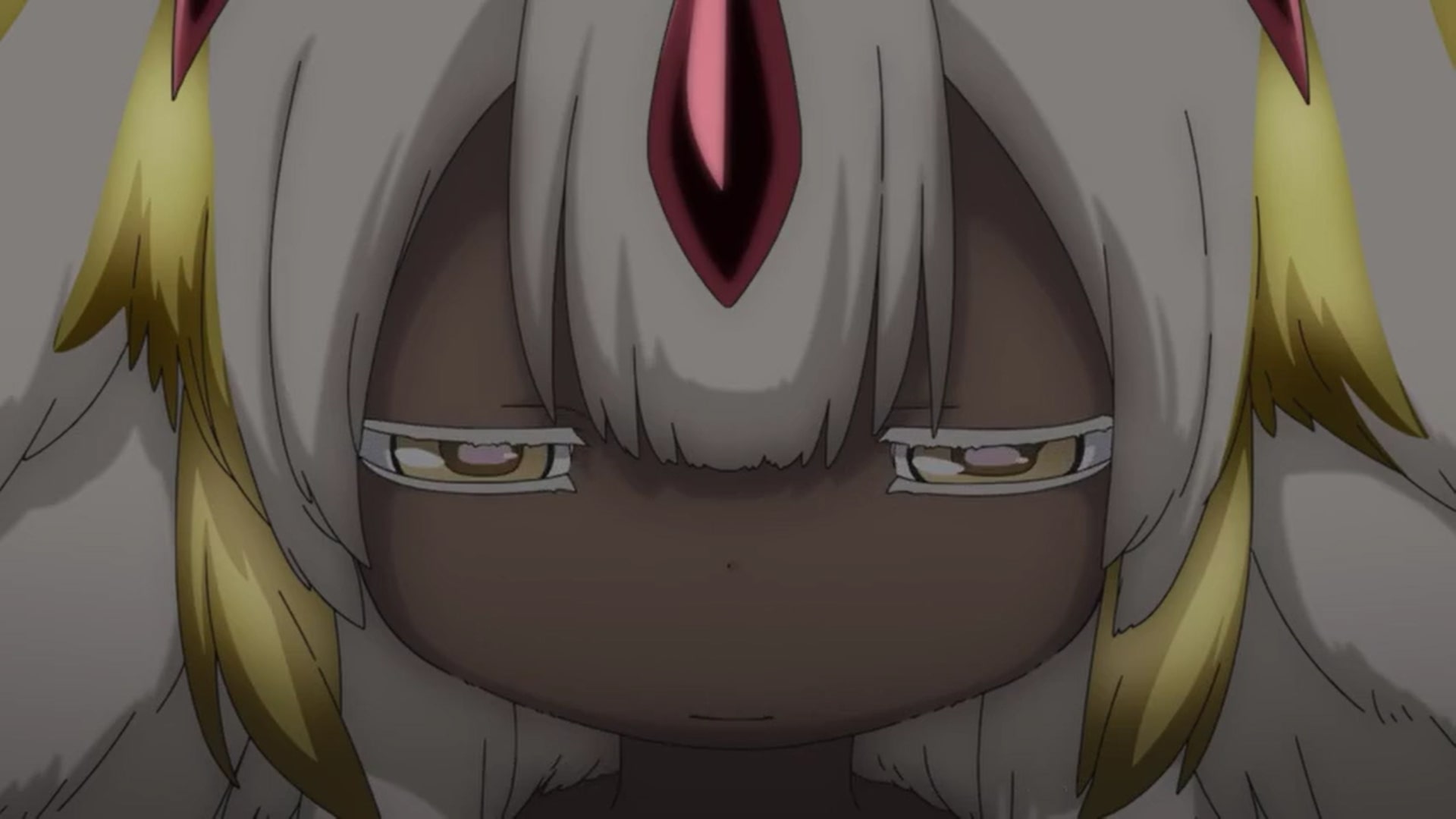 However, Faputa shows no fear at all and continues to engage the Turbinid dragon. To her surprise, Reg appears on her side all of a sudden. Instead of continuing their old arguments, he makes it very clear to her that he is there to fight by her side. As he handles the Turbinid dragons, Faputa approaches some of the villagers that were with Riko and Nanachi. She tells them that she plans to use them to extract the remaining value of the village so that she can finally dismantle it.

To her surprise, Moogie clarifies that they themselves came to her for the same reason. Meanwhile, Reg continues to fight more efficiently with the Turbinid dragons, thanks to Riko using the White Whistle again. On the other hand, Faputa finally starts destroying the village to give her mother the peace that she deserves. Eventually, she does succeed in her dream as the walls crumble and debris starts falling down all over the village. Everyone knows at that point that the Narehate Village Ilblu is falling apart.

After the village is finally destroyed, Riko and her friends flee to safety in order to safeguard themselves from the debris. Meanwhile, Faputa has used all her strength at this point as well and accidentally slips between a large crevasse. As she is falling, she appears to have made peace with her fate but is saved at the last moment by Reg. They eventually make it to a cave someplace ahead and decide to stay there for some time. 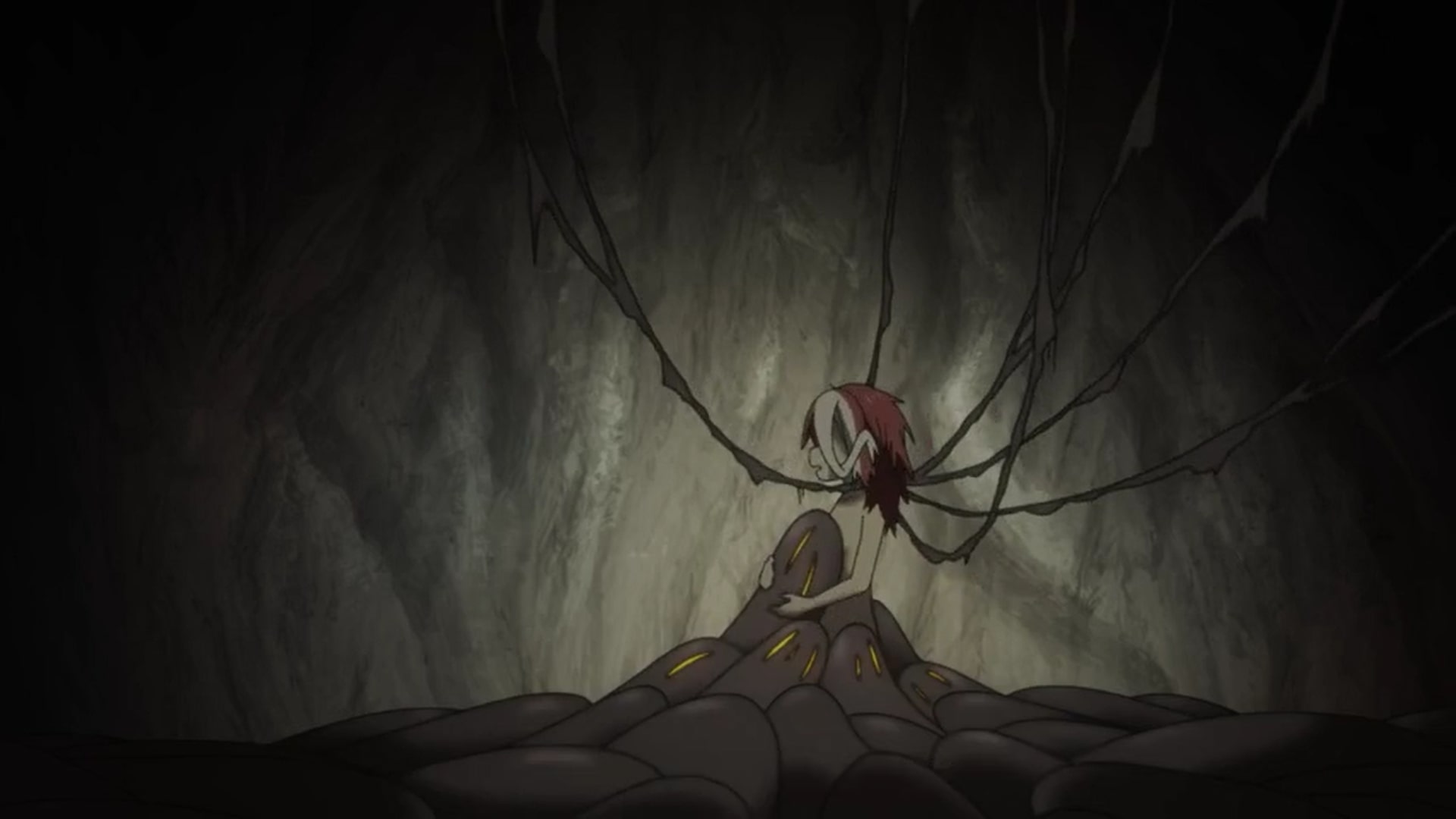 Veuko is also with Riko and her friends, who have survived the ordeal without any major injuries. Unfortunately, Vueko is not that lucky as she continues to struggle for every breath. When she finally sees Faputa in front of her, she crawls toward her. Meanwhile, Faputa has also realized that she used to be very close to her mother at one point so she becomes quite curious.

She embraces her and asks Vueko what her mother was like. To her surprise, Vueko does not shy away from telling her that Irumyuui used to be quite clingy and was unlike her. She goes on to briefly explain the moments the two of them shared together, while Faputa quietly listens. Unfortunately, Vueko has become so weak that with each minute her breathing becomes more labored. 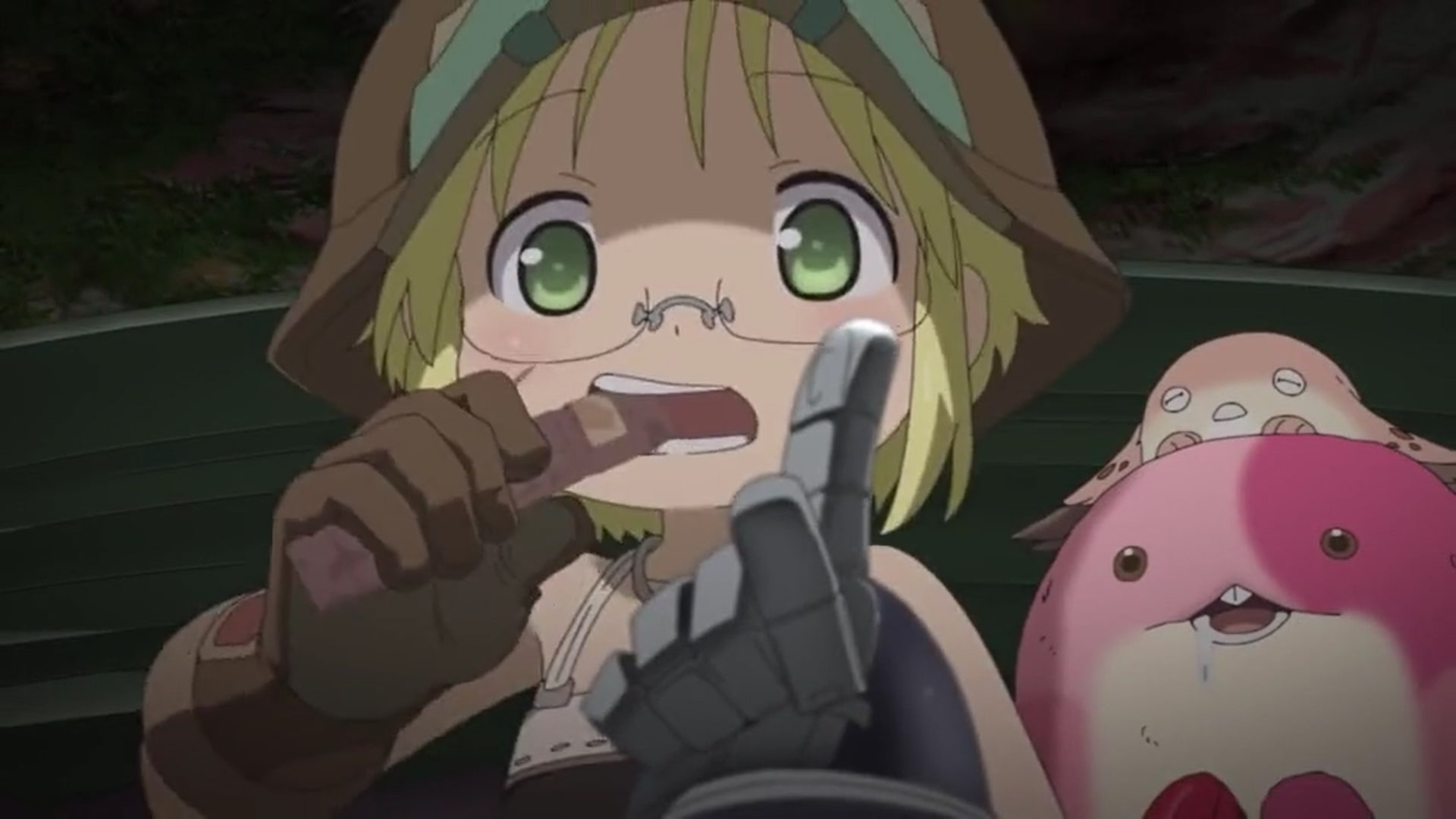 Despite trying very hard to fight back the pain, Vueko’s body eventually gives up and she dies. Moments before that Faputa had mentioned that she meant so much to her mother that she had never shared anything about Vueko, as she was in a true sense only hers. But despite not knowing her, Faputa cannot control her tears and cries profusely after Vueko’s death.

Does Faputa Accept Reg’s Offer to Join Him And His Friends on Their Adventures?

After Veuko’s death, Faputa decides to give her a proper burial. As she weeps, she suddenly recalls that she has also lost Gaburoon just recently. When Reg realizes that she is about to break down completely, he immediately approaches her and invites her to join his friends on their future adventures. Faputa immediately gets angry and argues that he cannot expect something like that from her since the memories of their time together in the past are completely washed away from his mind. 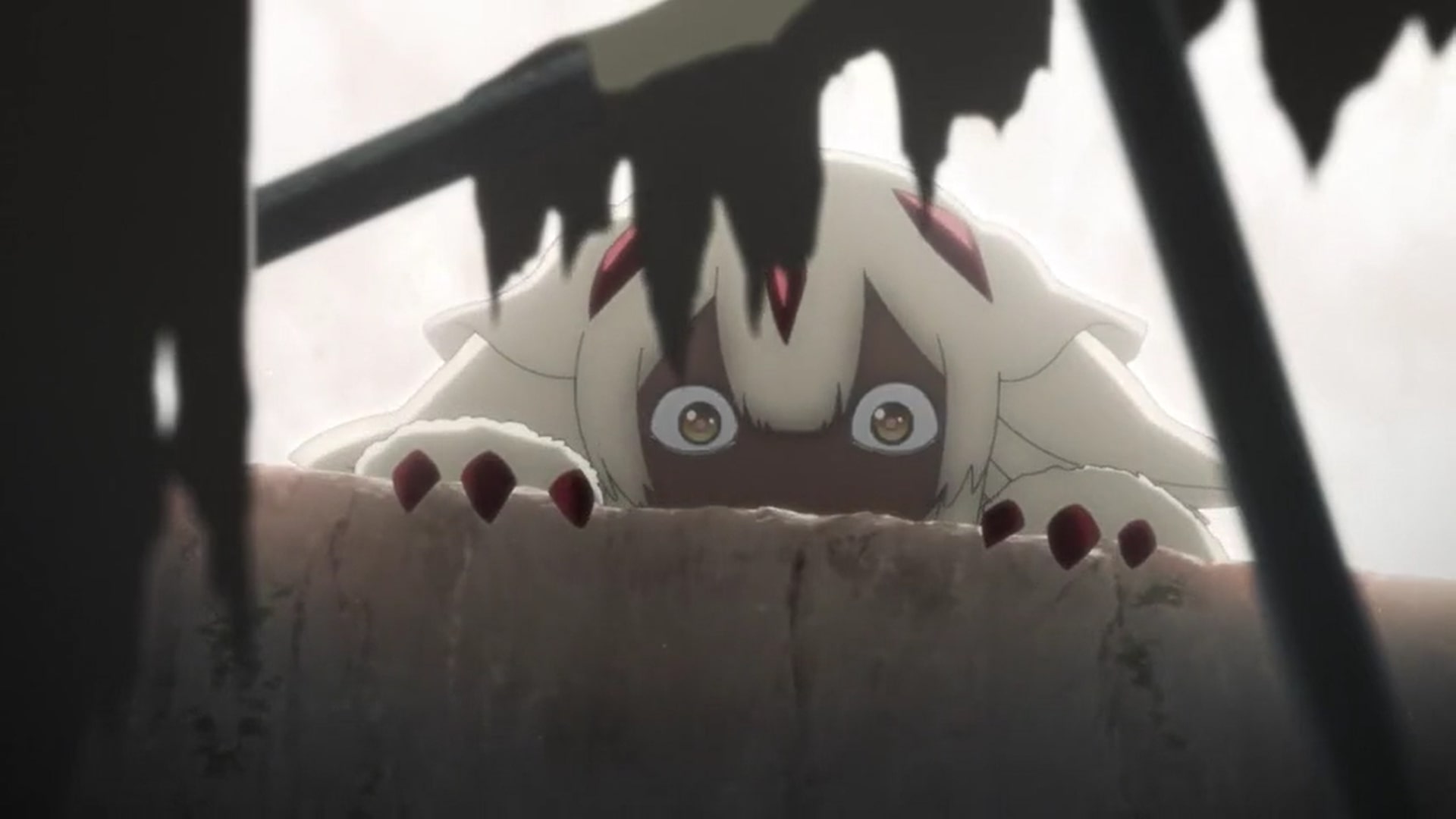 Reg is taken aback momentarily but makes the case that even if that is true, they can still start a new journey. He now understands her nature very intimately, so they must give each other another chance. Faputa initially is reluctant but eventually agrees to join Reg and his friends as they embark on adventures again.