MAFS’ Krysten and Mitch: Everything We Know

‘Married At First Sight‘ offers a fresh new twist on the tried and tested concept of dating reality shows by bringing together a group of unacquainted singles who are coupled up by relationship experts. These pairs meet for the first time at the altar, where they are ceremoniously married before being sent off on a luxurious honeymoon. Later, the couples even get to test their compatibility in everyday life before making an informed decision on whether to stay together or get a divorce.

Although the experts are known to get their predictions wrong at times, Krysten and Mitch seemed to be a perfect pairing when they were introduced on ‘MAFS’ season 15. Although there was a significant age gap between the two, they shared a unanimous goal of settling down and starting a journey together. Naturally, their on-screen chemistry made fans want to know more, and here’s everything we found out about Krysten and Mitch.

Everything We Know About Krysten

Originally hailing from Virginia, Krysten grew up in a close-knit family, which helped her develop a close bond with her family. To this very day, the 32-year-old keeps the connection alive and holds her family responsible for whatever success she has achieved in her life. Interestingly, while on the show, Krysten mentioned how witnessing her parents’ successful marriage gave her high hopes for the future. However, she has not been so lucky in romance and had endured several heartbreaks before coming on ‘MAFS.’ 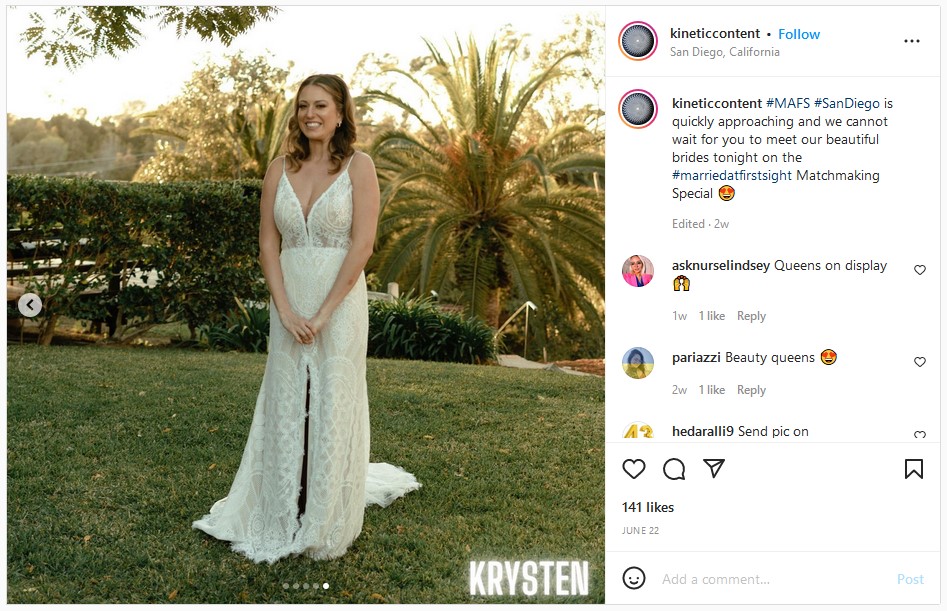 Although Krysten has experienced several breakups, she mentioned how before ‘MAFS,’ she found someone who appeared to be Mr. Perfect. This gentleman did everything right, and although the Virginia native was scared of getting her heart broken, she could not help but fall in love. Interestingly, the relationship grew serious enough to include an engagement, and the couple looked forward to a life together. However, fate was not on their side, and the engagement soon ended, leaving the 32-year-old heartbroken. Since then, relationships have been quite challenging for Krysten, but she held complete faith in the ‘MAFS’ experiment.

Currently, Krysten works as a sales representative and has made quite a  name for herself in her field. However, she mentioned that she did not have a life partner to share her success with and was on the show to meet the love of her life. Thankfully, she seemed pretty taken with Mitch during their first meeting, and it seemed like the pair were in it for the long run.

Everything We Know About Mitch

Interestingly, at first glance, Mitch seemed to be the complete opposite of Krysten as he came off as someone quite laid back and less serious. While his partner had high hopes about marriage since her younger years, Mitch witnessed his parents go through a difficult divorce which soured his views about love. Since then, love has been nothing but an obstacle for Mitch to avoid, as he did not want to make the same mistakes his parents committed. As a result, he found it quite difficult to commit to a long-term relationship and claimed he could never stick around with one person for long. 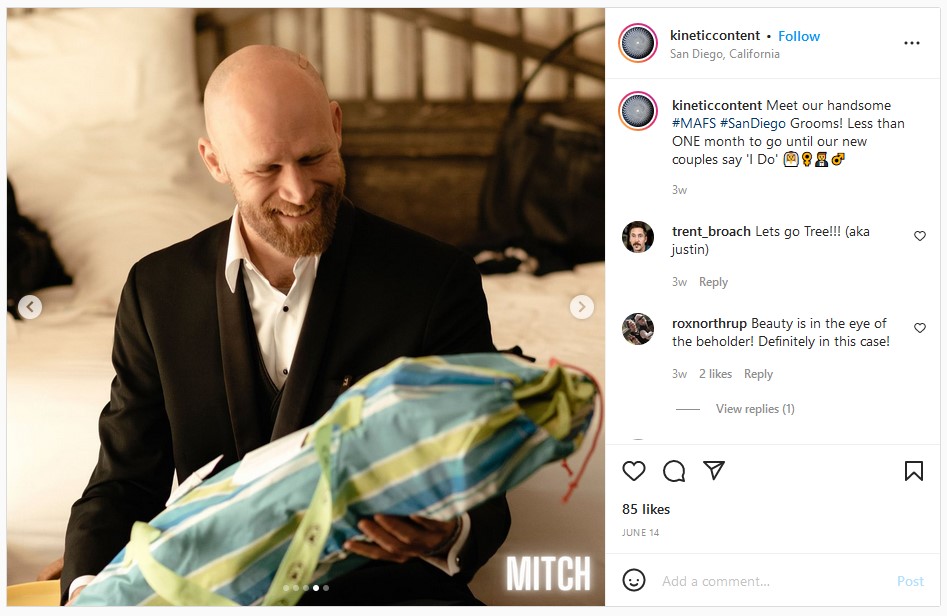 From a young age, Mitch was quite concerned about the environment, and he even shaped his career around this view as he currently works as an environmental policy advocate. While that is quite different from what Krysten does for a living, Mitch mentioned that he was open to exploring new avenues and learning things he had never cared about.

Even though Mitch was 41 at the time of the filming and had a 9-year age gap with Krysten, the two appeared really into each other during their first meeting. Besides, Mitch, who has always been scared of commitment, hoped the show would help him get over his fear and help him find someone to open up to. From the looks of it, it seemed like the 41-year-old was ready to give the experiment everything he had, and we hope he and Krysten succeed in all their future endeavors.

Read More: MAFS’ Lindy and Miguel: Everything We Know