I was in my late teens when I saw Paul Thomas Anderson’s ‘Magnolia’ (1999) for the first time. Bits and pieces of how I felt afterward still remain with me. I remember initially feeling exasperated with the 180-minute runtime, but once the film started, I didn’t even notice how fast the time went by. When the credits started rolling, I recall feeling this deep sense of happiness though I can’t explain why. Rewatching the film after all these years is a wonderfully perplexing experience.

On one hand, some of the old memories of the film came rushing back. On the other hand, it felt like I am meeting a friend after a long time. In the intermediate period, we both have changed, even though it’s just my perspective that has changed. However, that ending of ‘Magnolia’ remains as perfect a combination of absurdity and meaningfulness as ever. Here is what you need to know about it. SPOILERS AHEAD.

‘Magnolia’ is filled with imperfect characters — social outcasts who are desperately trying to find some semblance of happiness in their lives. It’s a story about the duality of things and how that affects an individual: from love to indifference, from self-destruction to kindness, and from grief to catharsis. Jimmy Gator (Philip Baker Hall) has been the host of the immensely popular game show ‘What Do Kids Know?’ for the past three decades. He has recently been diagnosed with cancer. Stanley Spector (Jeremy Blackman) is the latest young star of the show, who seems to know answers to virtually everything. 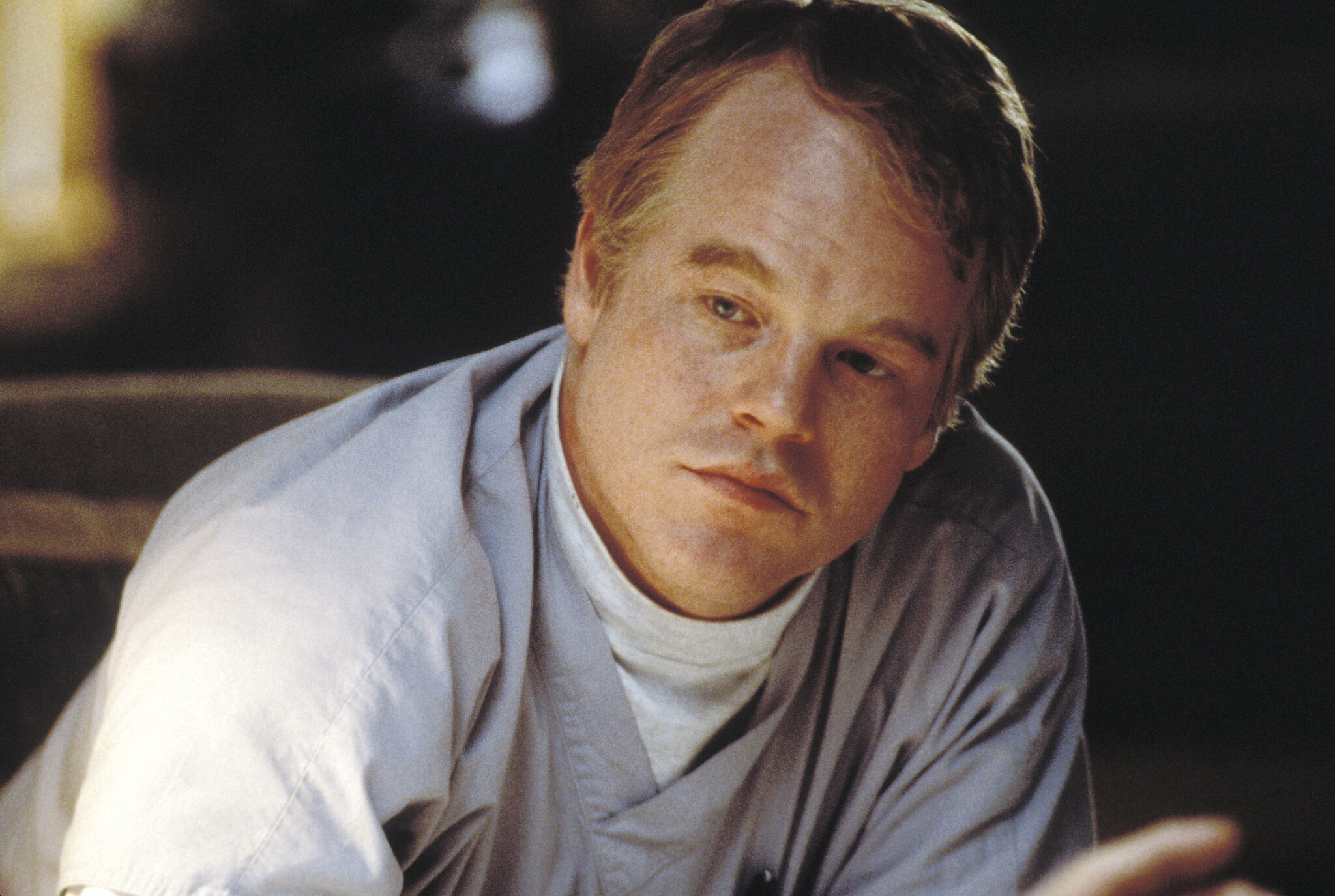 Donnie Smith (William H. Macy) is a former champion of ‘What Do Kids Know?’. Life hasn’t turned out for him the way he would have liked. His parents burned through his winnings. Hoping to recapture some of his past glory, Donnie continues to refer to himself as the “Quiz Kid.” Earl Partridge (Jason Robards) is also dying of cancer and tells his nurse, Phil Parma (Philip Seymour Hoffman), that he wants to see his estranged son, Jack, who is now known as Frank Mackey (Tom Cruise), a successful motivational speaker who gives tips to his eager, testosterone-driven audience on how to dominate women.

Meanwhile, Earl’s second wife Linda (Julianne Moore) doesn’t know how to deal with Earl’s impending death. She married him for money but then fell in love with him. Now that Earl is dying, her world is falling apart around her. Claudia (Melora Walters) has substance abuse issues, while Officer Jim Kurring (John C. Reilly) knows that he is a laughing stock at the station. These two individuals meet when Jim answers a call about noise nuisance. The two painfully lonely people discover that they, too, can find love and be happy.

Magnolia Ending: What Do the Frogs Mean at the End?

‘Magnolia’ has one of the most unique, highly debated, and somewhat abrupt endings of all time. After all characters arrive at the concluding chapter of their respective stories, the sky opens up, and frogs start falling. That scene is very Biblical, and Anderson leaves clues about it scattered throughout the film. In the Old Testament, God instructs Moses to deliver a message to the Pharaoh, “And if thou refuse to let them go, behold, I will smite all thy borders with frogs.” (Exodus 8:2).

Anderson makes multiple references to the passage in the film. The real question here is that whether the director wants to suddenly invoke theology in a film that has been largely secular up until that point. In the Old Testament, God brings the rain of the frogs to punish the Egyptians for the ill-treatment of His people. As one of the film’s main themes is child exploitation, it can potentially be argued that God unleashes His wrath to bring justice back into the world. 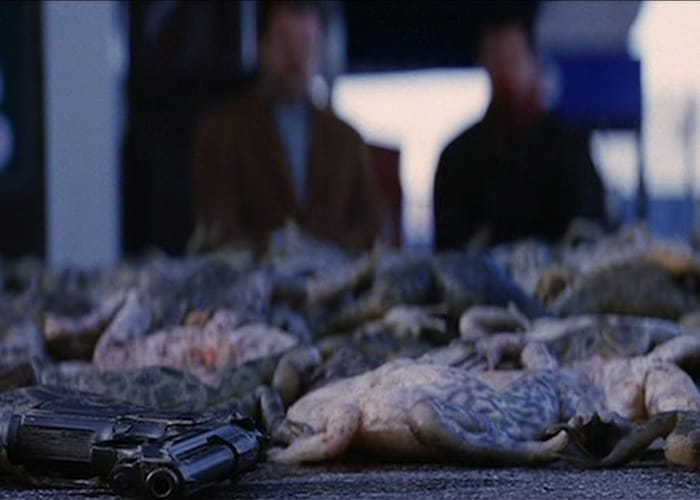 However, that understanding of the ending does seem limited, and divine intervention feels like a cop-out for such a candid depiction of the human condition. Instead, we should focus on something that Stanley says while the quasi-apocalyptic event is taking place. He stares through the window of his home and observes that this is something that happens. Frog rains might be rare occurrences, and they might be an extraordinary and terrifying sight to behold, but they are not unprecedented and, more importantly, not unnatural.

It’s an effective and eye-popping method to draw the audience’s attention to the final few moments when the characters demonstrate their greatest selves. Jim takes control of his despair and saves Donnie, becoming the man he has always wanted to be. After finding out horrifying truths about her husband, Rose leaves him and reunites with her daughter. After freeing his brilliant mind from his father’s exploitation, Stanley asks to be treated better.

Before Earl succumbs to his illness, Frank seems to forgive his father for abandoning him and his mother and breaks down crying. The film makes it a point to let the audience know that nothing is a coincidence, and everything is connected. Why should the frog rain be an exception? It serves as a catalyst for a new beginning for most of the characters. They have left their doubts and guilt behind and are ready to be happy.

Why Does Claudia Smile at the End? 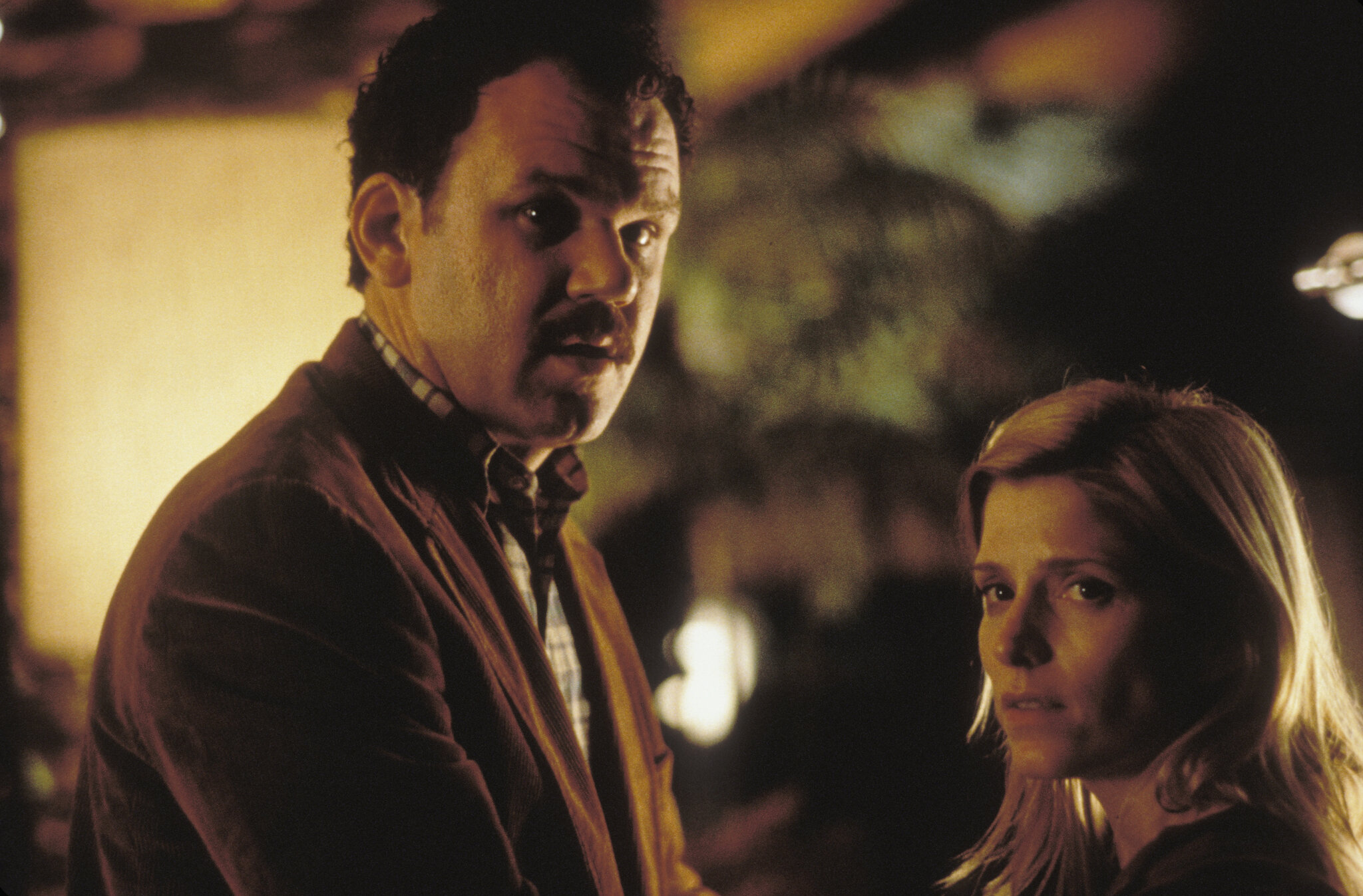 For the first time in a long time, Claudia is truly happy. She has reunited with her mother and likely has learned that Rose has left Jimmy. A victim of sexual abuse, Claudia has led a troubled and lonely life. As her father seems to deny vehemently that he ever touched her, Claudia likely has experienced doubt and shame. In the film’s final scenes, when Jim comes and tells her that he will be there for her, Claudia has already started to heal. With Jim’s presence in her life, she will have someone who is equally imperfect but kind and loving. Filled with hope for the future, she smiles.

What Happened to Jimmy Gator? Did He Molest His Daughter?

Jimmy has led the life of a celebrity for decades. He has been married for 40 years and cheated on his wife Rose multiple times. When he gets the terminal cancer diagnosis, he becomes adamant about continuing to work until he can’t. However, the end of his career arrives sooner than he expected due to a disastrous episode.

Rose leaves him after realizing a horrifying truth about him. He is alone at his home when the frog rain begins. He prepares to shoot himself when a frog falls through the skylight of his home and hits him. Jimmy gets knocked out, and the trajectory of the bullet changes, destroying the TV. The resulting sparks set the house on fire. It’s unlikely that Jimmy will survive this. While the frog rain brings positive changes in other characters’ lives, Jimmy gets his comeuppance.

Yes, Jimmy molested his daughter. After returning home from the set, he tries to confess to his wife about his infidelity, hoping to free his conscience of any guilt and knowing that she is likely aware of it. But then, Rose proceeds to ask him why Claudia doesn’t want to talk to him, and he is forced to admit that Claudia thinks that he molested her. Although he claims that he doesn’t remember it, Rose seems to easily see through that lie and immediately leaves to find her daughter.

How is Everyone Connected in Magnolia?

As mentioned above, the film enunciates the fact that its characters are interconnected. Earl is a producer on Jimmy’s show, where Stanley is currently the star. Donnie used to be in the same position Stanley is now, a bright child whose brilliance and future are being exploited by their parent(s). Jimmy and Rose are Claudia’s parents, whereas Frank is Earl’s estranged son with his late first wife. Phil is Earl’s nurse, assigned to take care of him in the final days of his life. And Linda is Earl’s second wife and Frank’s stepmother.

Jim becomes romantically interested in Claudia after meeting her. During the frog rain, he saves Donnie’s life and later helps him put the money back into Donnie’s boss’ locker. Overwhelmed by her circumstances and grief, Linda tries to kill herself by taking prescription meds with alcohol, but a young boy finds her. Although he robs her, he doesn’t forget to call the first responders, saving her life. This is Dixon, the boy that Jim meets early in the film.

What is the Significance of the Title? 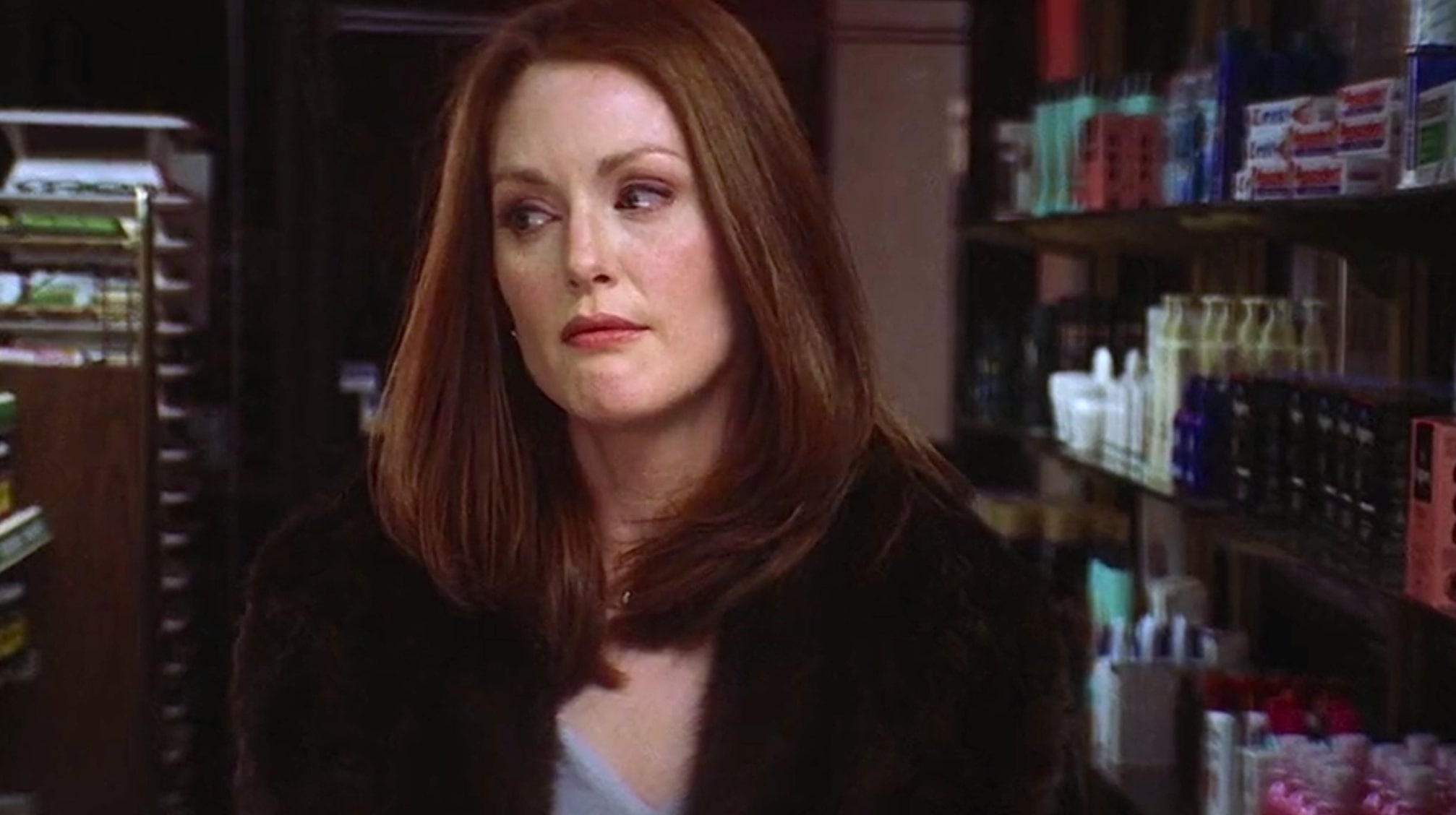 Like everything else with this movie, the title refers to its complexity and depth. Magnolia is a flower known for its vivid beauty. In the film, each petal of Magnolia signifies a character, and the flower as a whole represents how they and their stories are connected. Furthermore, the film is predominantly set on a San Fernando Valley Street called Magnolia Boulevard, and Anderson apparently discovered that it was believed that Magnolia bark could be used in cancer treatment. Because of all this, the film was named ‘Magnolia.’