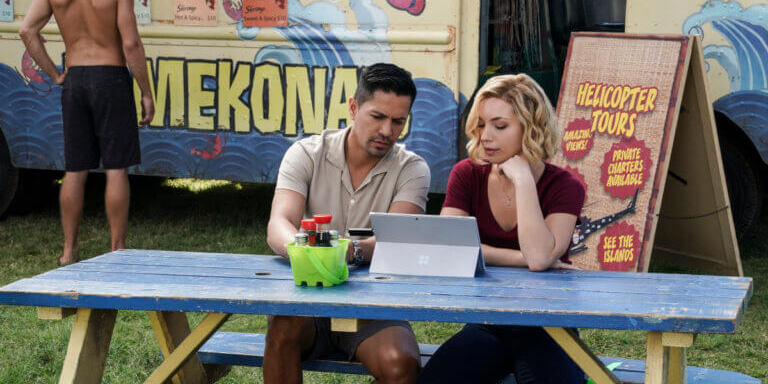 The latest episode of ‘Magnum P.I.’ season 3 wraps its head around a heinous case involving a man being murdered. Icepick is also getting weaker by the minute, and Rick is deeply worried about him. In case you missed out on the eleventh episode, you can catch up by going through the recap at the bottom. In case you’re wondering about the details of ‘Magnum P.I.’ season 3 episode 12, we have got you covered!

You can watch ‘Magnum P.I.’ season 3 episode 12 by simply tuning in to CBS at the timeslot mentioned above. You can even live-stream the episodes on CBS All Access. Otherwise, you can log in to CBS’s official website and access the already-released episodes. Cable-free options include watching ‘Magnum P.I.’ online on live TV platforms such as YouTube TV, Fubo TV, Tubi TV, and DirecTV. You can also purchase or rent the episodes on Amazon Prime Video.

The upcoming episode of ‘Magnum P.I.’ season 3 is titled ‘Dark Harvest.’ The episode will center around a Marine Corps vet with a stolen SUV. Upon the sudden disappearance of the service dog inside the vehicle, Magnum and Higgins will investigate the case, which may have its own twists. The thief who stole the car and the service dog might be an escaped kidnapping victim. Therefore, the team will rack their brains in order to find the car, the dog, and the man who stole the vehicle. You can take a look at the promo below!

Episode 11, titled ‘The Lies We Tell,’ is about the murder case of Elena Dunn’s boyfriend, who was shot by two men who broke in two nights before. Higgins thinks she should report it to the authorities, but Elena is afraid since no one in her family knows that she had been cheating on her husband. During an investigation at Jax’s place, they find bleach, and a man claiming to be Jax shows up and drives them away. They discover his real identity and break into his place. They speculate that Elena was being stalked.

Meanwhile, Icepick’s heath is taking a turn for the worse as cancer has moved to his brain. The team then finds out that Jax stalks women and blackmails them for money. Elena gets notified that Jax’s killers are trying to find her. She gets even more worried because she spots her husband at the place where the perpetrators have asked her to meet. Thankfully, Magnum and Higgins come to her rescue. Gordon says that they won’t stop. One of their victims is a person with an open marriage, and Magnum is curious about what might have transpired between the two parties.

Towards the end, Icepick takes his last breath after saying his final words to Rick. TC then consoles Rick and gives him a phone that he received from Icepick’s friend. It has a video of Rick telling him that he loves him and will always be there for him. After looking into the victim with an open marriage, they find out that her husband had hired Jax’s killers. Higgins also mentions that she has feelings for Ethan.