Maheep and Sanjay Kapoor: Everything We Know 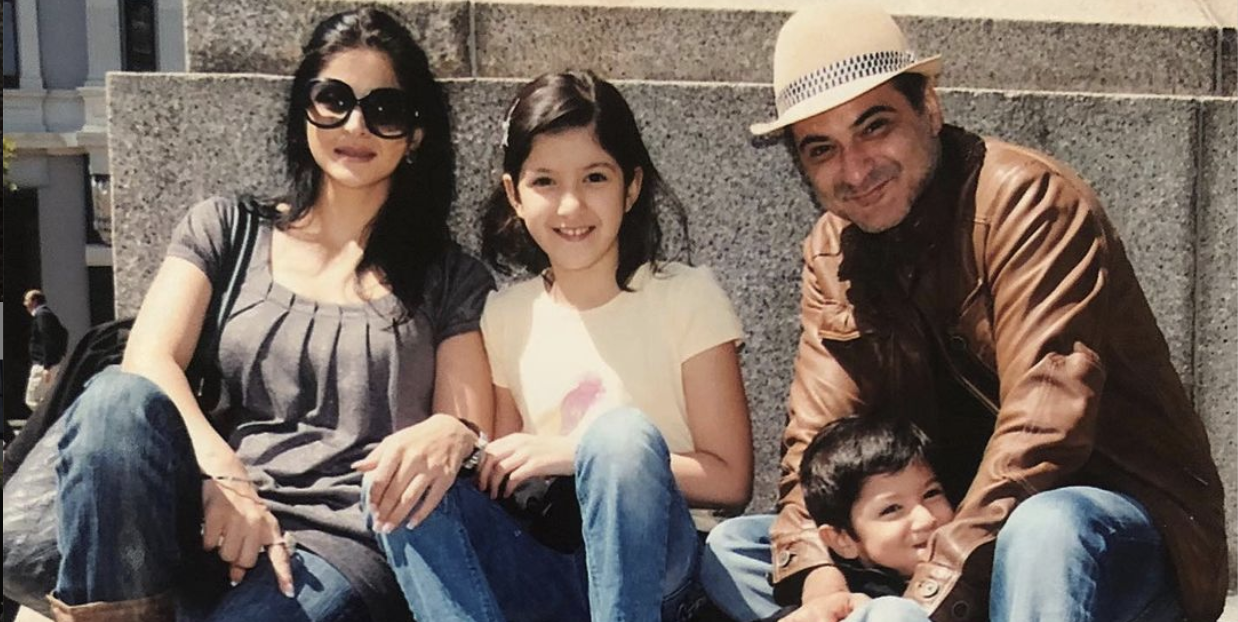 Maheep Kapoor and her husband, Sanjay Kapoor, got their hearts’ desire when they featured on the Indian reality drama series, ‘The Fabulous Lives of Bollywood Wives.’ The Netflix original belongs to the guilty-pleasure genre and is meant to be a light-hearted watch. Fans thoroughly enjoyed a sneak peek into the lives of their favorite Bollywood star wives as they carry on with their luxurious-cum-mundane routines. One of the couples who specifically caught everyone’s attention is Maheep and Sanjay Kapoor. We got intrigued to dig deeper into their story, and here is everything we have found out!

Born to a famous film producer, Surinder Kapoor, Sanjay Kapoor grew up in a family of performing artists. The list includes his older siblings, like Anil Kapoor and Boney Kapoor, and eventually his nephews and nieces like Sonam Kapoor, Arjun Kapoor, to name a few. Sanjay’s dream to become an ultra-successful actor remained unfulfilled though he gained much fame as a producer. His impeccable performance in 1995 box office hit movie, ‘Raja,’ and the 2017 drama series, ‘Dil Sambhal Jaa Zara,’ brought him under the spotlight. 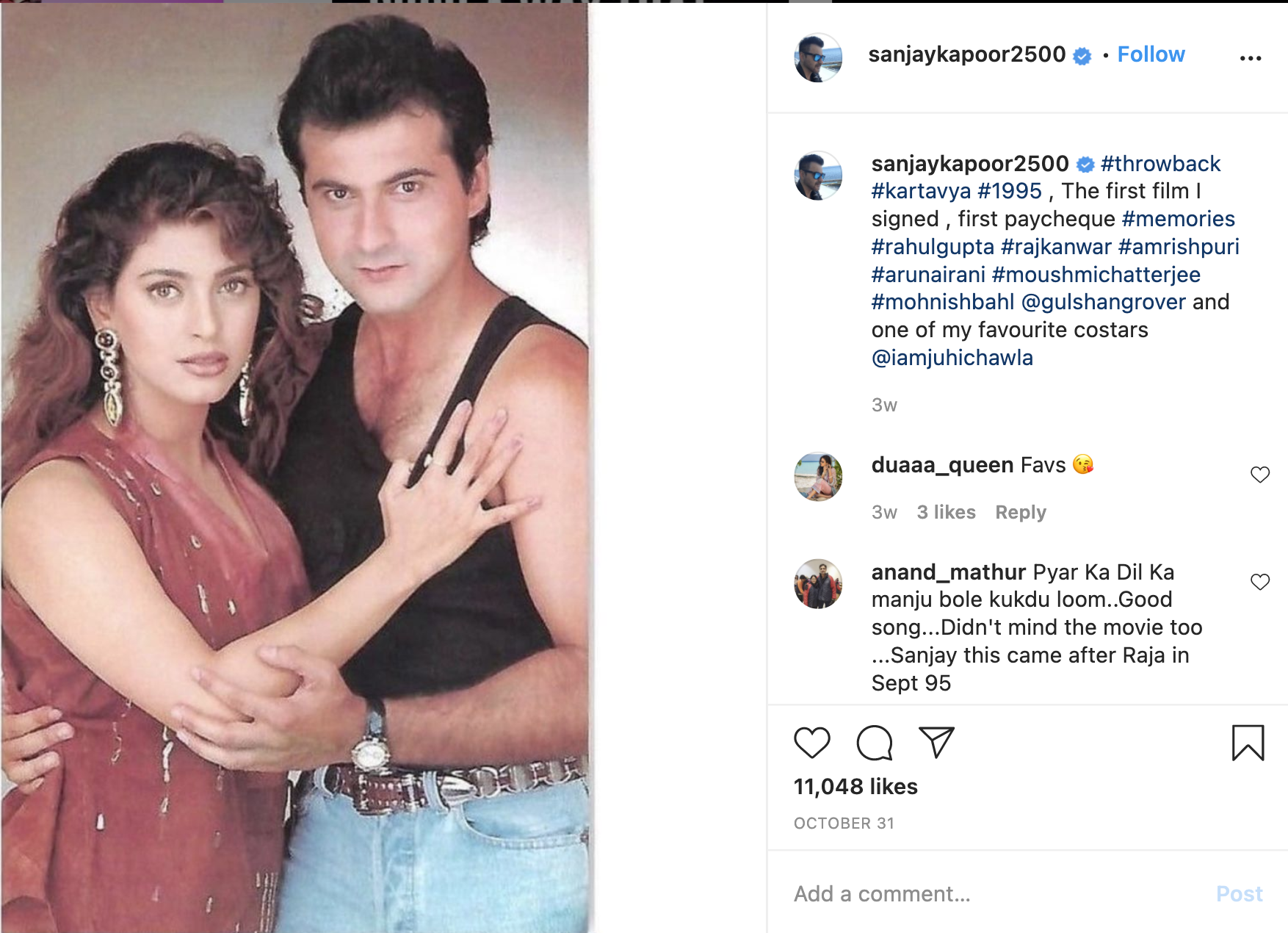 He has also played numerous supporting roles in Hindi films like ‘Luck By Chance,’ ‘Shaandaar,’ and ‘Mubarakan’ and lead roles in a handful of television shows. Sanjay Kapoor’s wife, Maheep Kapoor (née Sandhu), does not have a similar trajectory in the movie business but had the same aspirations. She, too, wished to establish her career in the show business. Though the aspiring actress and former model could never make it big in Bollywood, she garnered much success as a jewelry designer. 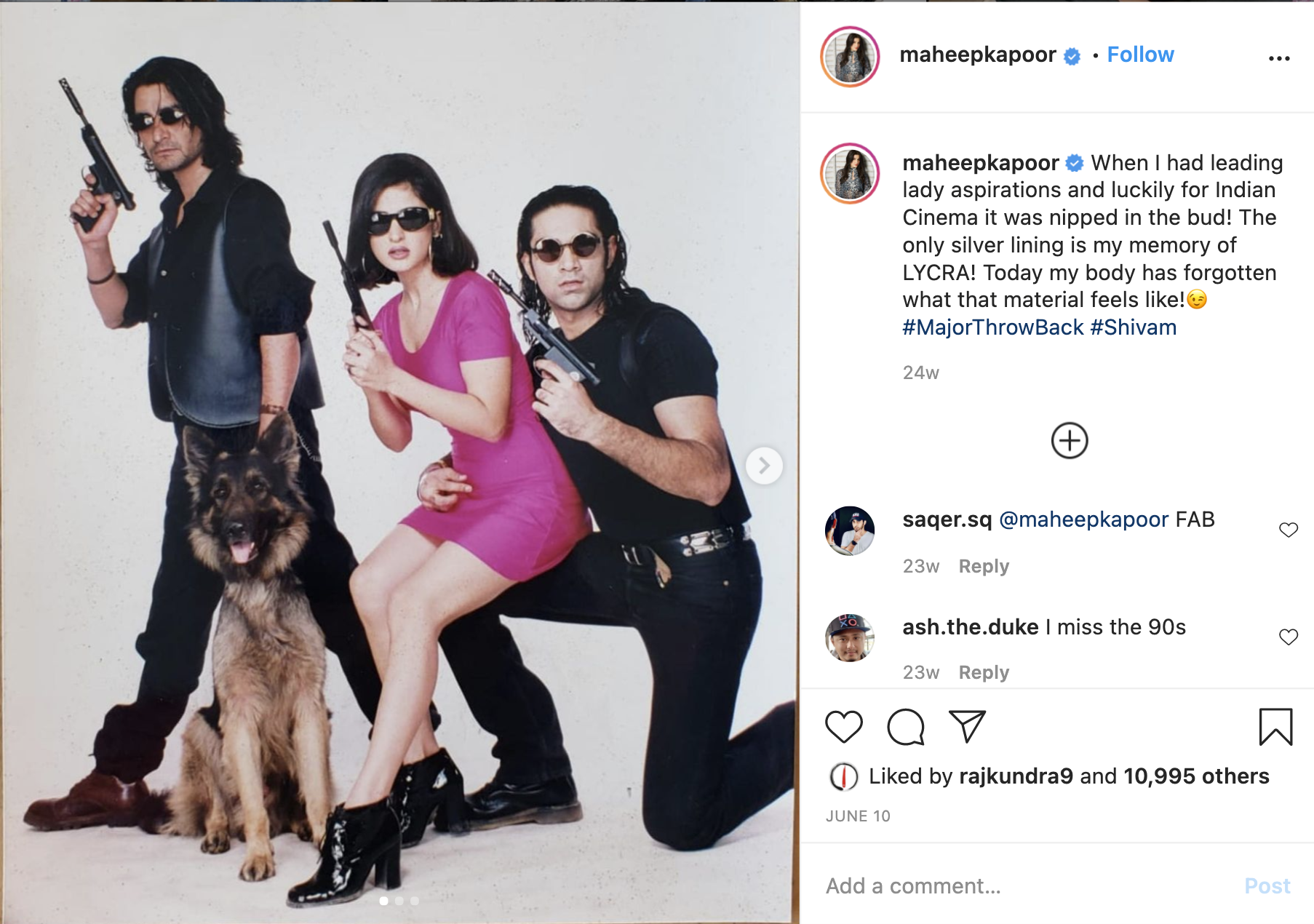 Maheep featured in a music video “Nigori Kaisi Jawani Hai?” and was all set to make her debut in the film ‘Shivam.’ Unfortunately, the movie got shelved even before it could make it to the theatres. She then pursued a career as a fashion designer and an entrepreneur along with supporting her husband’s production company ‘Sanjay Kapoor Entertainment Private Limited’ that he has founded.

Maheep and Sanjay Kapoor’s Journey Together

Shortly after Sanjay Kapoor had parted ways with the famous Indian actress Sushmita Sen, Maheep Sandhu came into his life. Their paths first crossed in Delhi, India, and her drop-dead gorgeous face floored the movie star. They started dating almost immediately, and eventually, he admits to having fallen for her charming personality and confident persona. 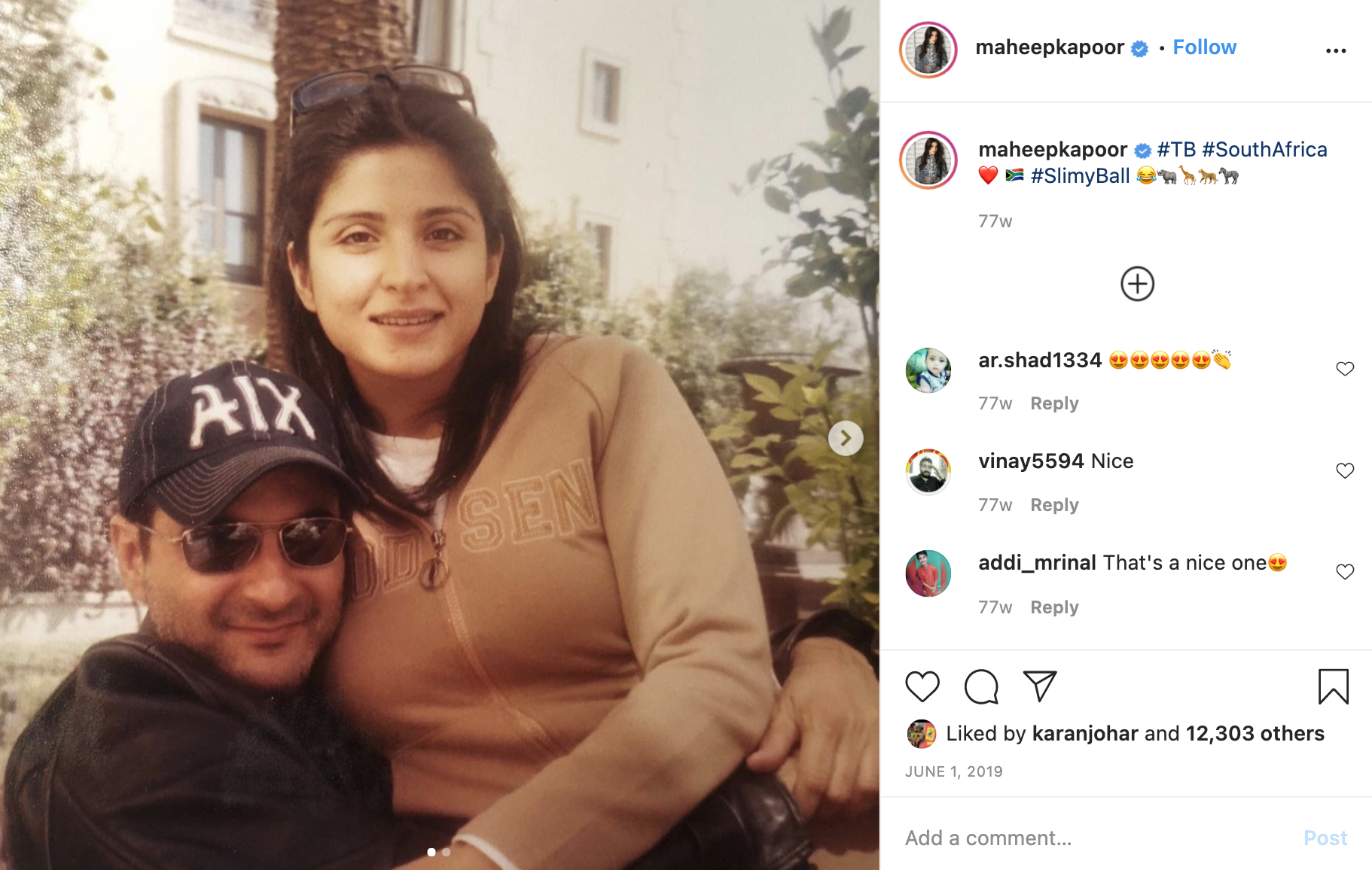 Their shared respect for Indian culture strengthened their bond, and the two continued their relationship for a long time before finally tying the knot in 1997. Maheep and Sanjay Kapoor became proud parents to two children, Shanaya and Jahaan, during the course of their marriage. While their son prefers to stay out of the limelight, the daughter has already stepped into the film industry, much like most of the Bollywood kids. 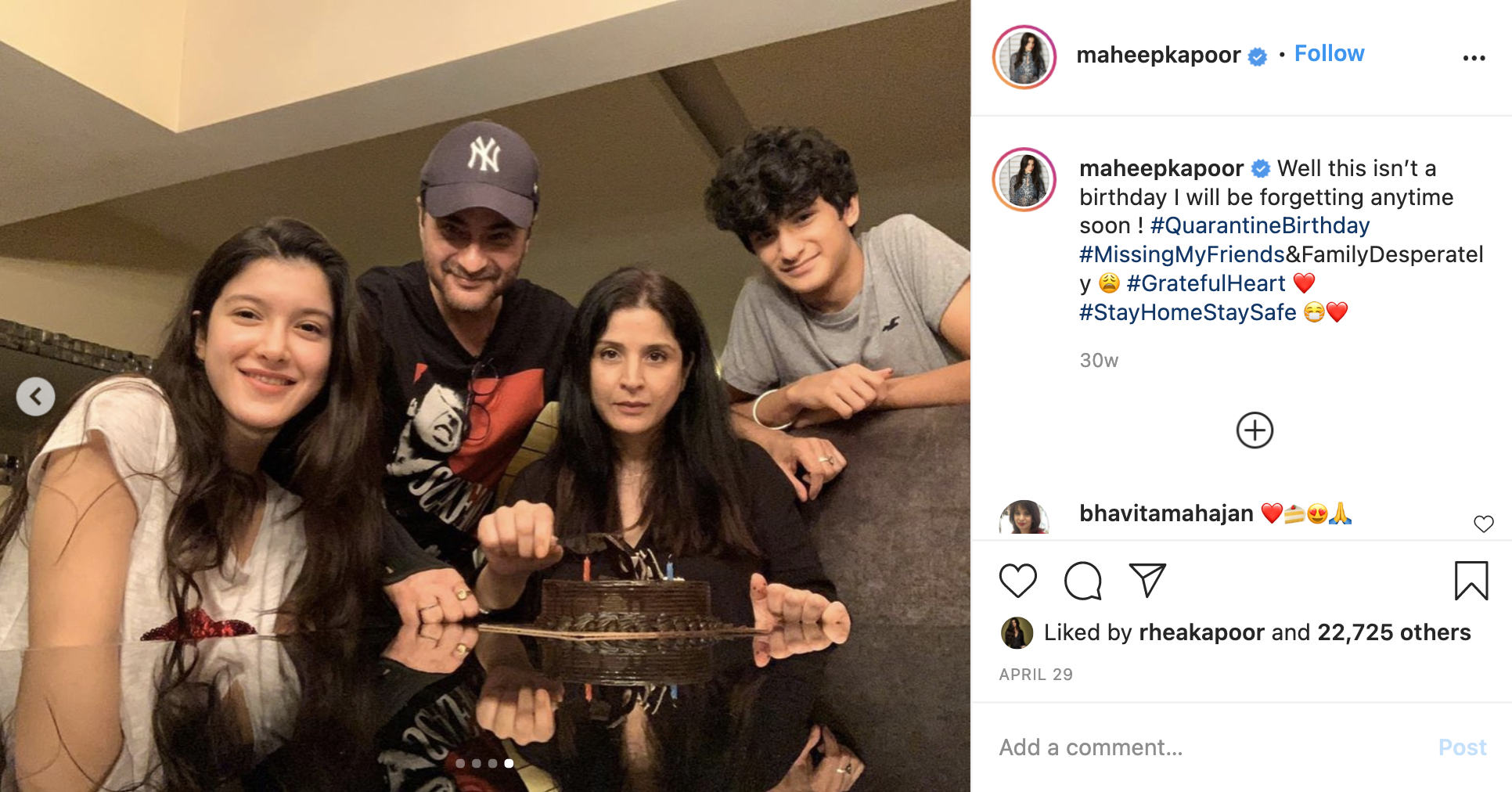 What set Shanaya apart is that she did not appear in front of the camera but behind it. Shanaya took on the role of an assistant director for ‘Gunjan Saxena: The Kargil Girl,’ which features her cousin, Janhvi Kapoor, as the main lead. The couple seems to live a picture-perfect life, with their healthy and happy family and successful careers.

Read More: Seema and Sohail Khan: Everything We Know