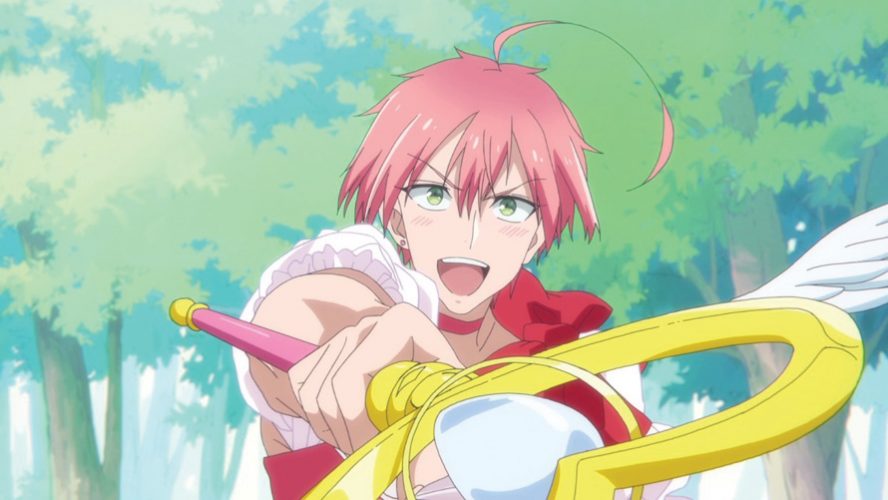 Magical Girl Ore (also known as Mahou Shoujo Ore in Japanese) is a fantasy anime television series which is based on a manga series of the same name. Written and illustrated by Icchokusen Mōkon, the manga series began serialization in the Comic Be manga magazine on November 13, 2012 and ran till February 13, 2014. Almost immediately after the manga series came to an end, famed Japanese animation studio Pierrot Plus announced plans to adapt it into an anime television series and after a long production period, Season 1 of Magical Girl Ore subsequently premiered on April 2, 2018. Although it was not a very highly rated show, it still managed to win the hearts of the fans of the manga series. Since then, fans have been waiting to hear news on a second season of the show and here’s everything we know about the prospects of Season 2 thus far.

Magical Girl Ore Season 2 Release Date: When will it premiere?

Magical Girl Ore season 1, consisting of 12 episodes, premiered on April 2, 2018 and ran till June 18 of the same year. However, a second season has not been announced yet and it remains to be seen whether a second season will be made at all.

There are several factors to consider here. Although a renewal has not been announced yet, there’s plenty of time left for a renewal to be announced. However, Magical Girl Season 1 covered all 12 chapters of the manga series, leaving no source material for a second season. The good news is that in 2018, it was confirmed that a sequel to the manga series would be released and the sequel even began serialization in April 2018. Thus, over the course of a couple of years, there should be enough source material which can be adapted into a new season. This, however, is not a guarantee that Pierrot Plus will make a new season and we can’t say for certain what fate awaits the show till an official announcement is made on its future. We’re keeping our ears open for news on Magical Girl Ore season 2 release date and we’ll update this section as soon as we hear something reliable.

The plot of Magical Girl Ore revolves around a high school student named Saki Uno, who is one of the two members of an exceptionally unpopular idol duo called Magical Twins. In spite of Saki’s unpopularity, however, she is shown to be a typical 15-year-old high school student who enjoys spending time with her best friend Sakuyo Mikage and strives to get close to her childhood crush, who happens to be Sakuyo’s older brother, Mohiro.

However, Saki’s life takes a dramatic and unexpected turn when she meets invites a man into her house who looks like a yakuza. Upon getting to know the man better, Saki learns that her mother was a demon-fighting Magical Girl and that the man is actually a mascot named Kokoro-chan who is looking to recruit Saki to take over in her mother’s stead. Of course, being the skeptical school girl she is, Saki refuses to believe him. However, she is forced to reconsider when Kokoro-chan tells her that Mohiro has become the target of a bunch of cute, squirrel-like demons.

Subsequently, when Saki rushes to Mohiro’s aid, she activates her love power and awakens her inner Magical Girl. This, however, has an unexpected consequence and every time Saki transforms into Magical Girl, she becomes a muscular man in a pretty dress. From this point on, the show follows Saki as she teams up with Sakuyo to keep the love of her life safe from the threat of demons.

Saki Uno / Magical Girl Ore: The main protagonist of the show, Saki is a 15-year-old high school student and a member of an unpopular idol duo called Magical Twins. Although Saki appears to be an ordinary high school student, it is later revealed that her mother, Sayuro, was a demon-hunting Magical Girl who kept humans safe from the threat of demons. When Saki herself is approached to become a Magical Girl, she initially refuses. However, she is forced to reconsider her stance on becoming a Magical Girl when she comes to know that the love of her life, Mohiro, is being targeted by a bunch of demons. Subsequently, Saki decides to become a Magical Girl, and she becomes Magical Girl Ore, the titular protagonist of the show. Interestingly, since Saki’s body is unsuited for combat against demons, Saki takes the form of a muscular man in a pretty dress everytime she transforms into Magical Girl Ore.

Sakuyo Mikage / Magical Girl Sakigasuki: The other main character in the show, Sakuyo is Saki’s best friend and her co-singer in Magical Twins. In terms of appearance, Sakuyo resembles her brother Mohiro. Later in the show, it is revealed that Sakuyo too has the power to transform into a Magical Girl and she does so to protect the love of her life, Saki. Interestingly, this is also the reason why her Magical Girl name is Sakigasuki, which is derived from the Japanese words Saki ga suki, meaning “I love Saki”.