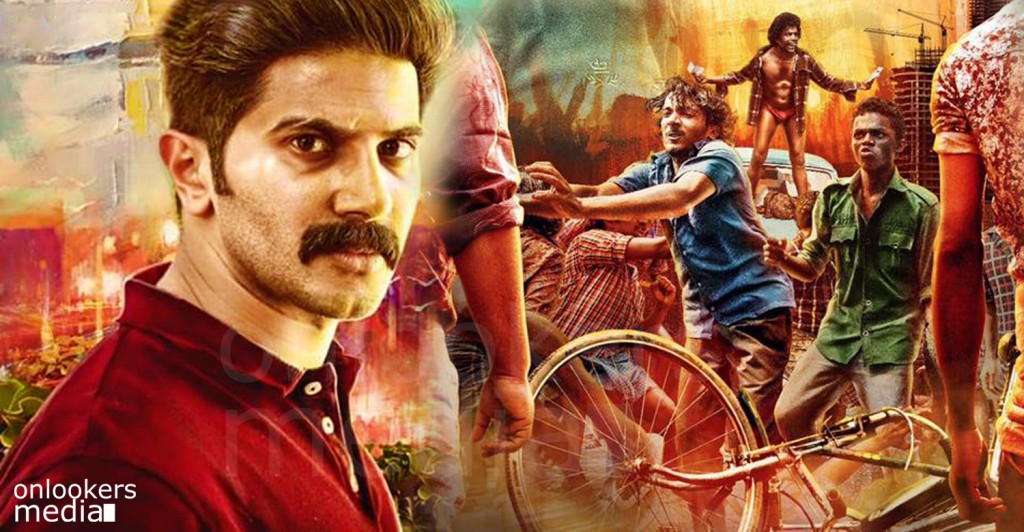 2016 witnessed revolutionary progress in the ever classic Malayalam film industry. Coming up with a dozen trailblazers yet again, the industry welcomed new cinematic narratives and also introduced remarkable talents in various fields of film making. 2016 in fact was the much awaited renaissance for the resplendent industry well known for its classic narratives and cavern full of brilliant performers. Here is the list of top 10 Malayalam movies of 2016 that prove why it is considered as one of the finest in the country. 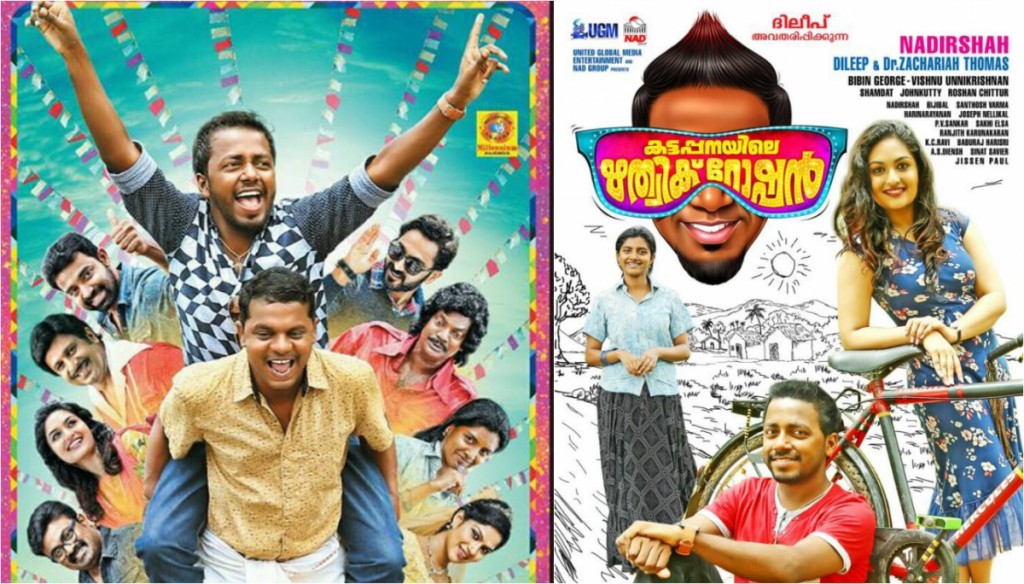 2016 had its unique take on humor with this one. Falling into the ever familiar ‘out right funny’ genre, the film helps ease the Malayalee nerves with a touch of ‘Dileep’ flavored humor. The film explores a friendship chord between an aspiring actor who runs on low self-esteem and his riksha driver friend who fuels enough motivation into his friend in spite of unfavorable circumstances. Sailing out to basic plot needs involving love, rejection and life struggles, the film gracefully carries a humor packed narrative sneaking up with funny cultural references and self depreciative jokes. Watch it over the weekend, probably on a Friday when you know you need to have some well deserved fun time. 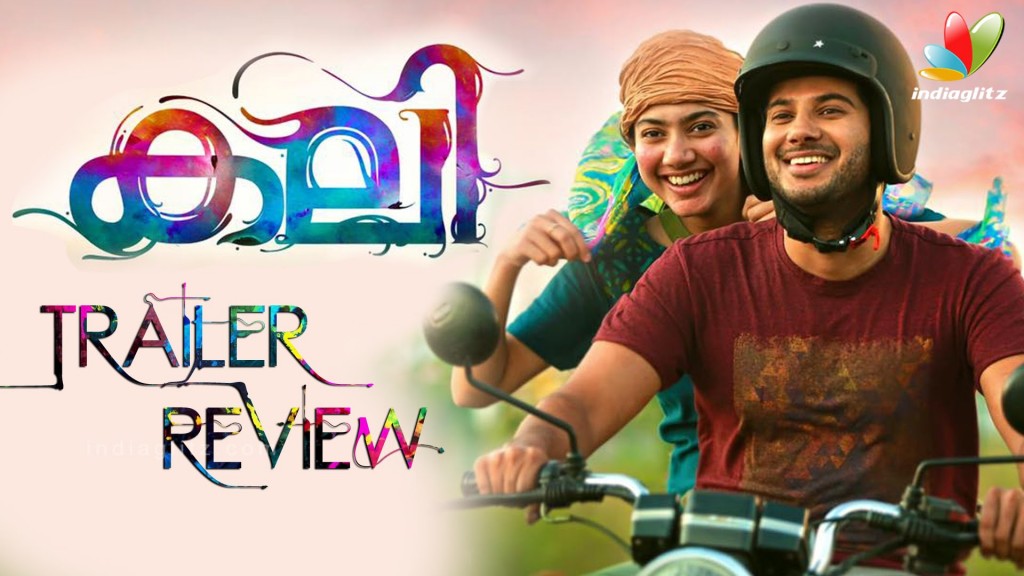 The literal film version of ‘rage’. It enthralls the audience with agitating moments and crawls under our skins serving justice to the well thought out title ‘Kali’ which literally means ‘Rage’. More than exploring how unleashing anger shafts at people can affect someone’s life and relationships, the director crafts a deceptive plot that brings about unfathomable rage into each of the viewer’s minds as he introduces and carefully plans characters merely existing to suck out the anger monsters in each one of us. It cannot be recommended for people looking for an hour of a smooth, simple narrative ride, because it offers a bumpy one that is worth going through as it resolves into giving us a sense of triumph in the iconic last scene. Good luck getting there though!! 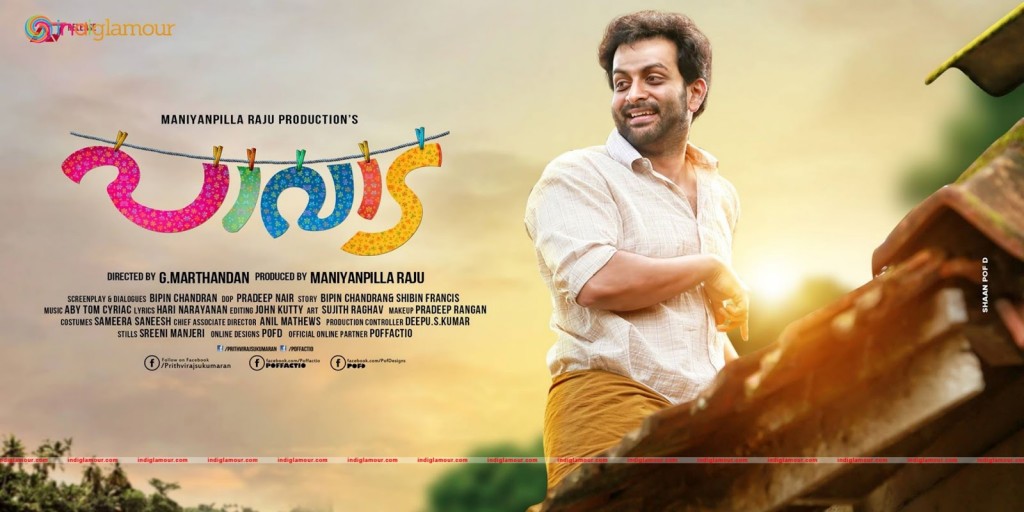 An unconventional plot which paved way for Prithviraj to portray the ever besotted ‘Joy’ on screen. His chemistry with alcohol clicks in seconds as the narrative takes us through a journey of solitude, love and stabbing memories. The second half of the social drama is highly commendable as it unfolds how families are shattered when the darker side of the society takes advantage of the insecure ones. Prithviraj plays a careless drunk who has no love for responsibilities but has sold his soul to anything that remotely gives off the stench of alcohol. But underneath his anti-social personality lies a dark and brooding soul who wholeheartedly loves his mother. Paavada strikes an emotional chord and does it with such elegance that it shifts a gear up for the unattended women who still survive in and around our surroundings. 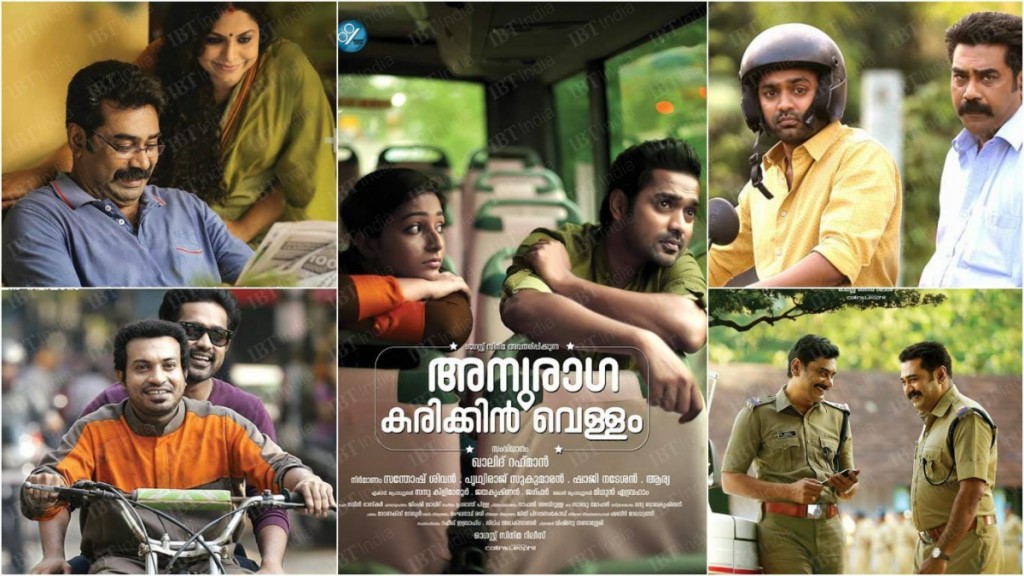 This film has raised a lot of eyebrows since it follows a pattern of story telling that perplexes the viewer for quiet sometime before culminating into a state that makes complete sense. The characters and situations might seem shallow in the beginning only to gain depth as we tread along an ordinary household where events unfold contrary to the expected pattern. The unconventional narrative thrives on Biju Menon – Asif Ali combo and to flare it up we have the young firebrand girlfriend role by Rejisha Vijayan making the movie into a carnival of emotional turmoil. The ‘new – gen’ cellphone romantics will easily find the flick drilling into their thought streams and might even help find redemption after relationships takes unpredictable nose dives. It is a fun watch and opens up new doors for experimental film makers looking to create something new. 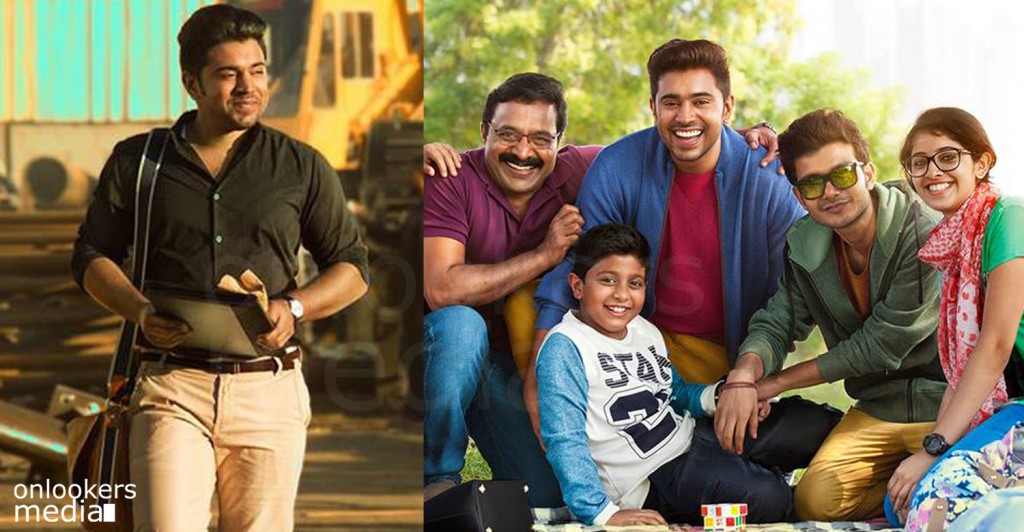 Nivin Pauly, the apostle of family dramas hit the screens with this ‘gem’ of a film. Broadly covering a smooth running family’s unexpected tumble into a financial crisis leads the Pauly from a sheltered son to don the role of a desperate son trying to win back his father from the clutches of financial instabilities. As the family sets foot into precarious circumstances, the film explores a Malayalee household transforming into brave little souls as the society casts judgmental shafts of discouragements. With Vineeth Sreenivasan helming the director’s role, the film molds into a powerful drama that instigates vast waves of confidence amongst children who are skeptical of their capabilities and yet to set out in their journeys to carry the family ahead. To summaries the film clearly states that capability exhibits itself at the hour of a crisis and that precisely makes this drama a much required jolt of inspiration.

Flicks like this are born when cinema decides to take a brave hike along the gritty streets and crime sprouting inner – lesser known alleys of familiar surroundings, in this case, Ernakulam. Kammatipadam forays into a herd of human faces whose constant struggles for survival has wiped off ‘hopes of a better day’ and paved way for them into the cold and non sentimental confrontation with everyday lives. The film blankets the viewer with how people stripped off of privileges weaves relationships and backs it up with such visual imagery that hits hard on our conscience about the underlying truth of how survival can become unimaginably difficult. Kammatipadam is a social message bundled with raw human emotions and hits us right in the nerves without making use of overly dramatized situations and opens our eyes into a particular layer of the society. A remarkable piece of work that stands out in its unique form of execution and a cast whose performance is par excellence. 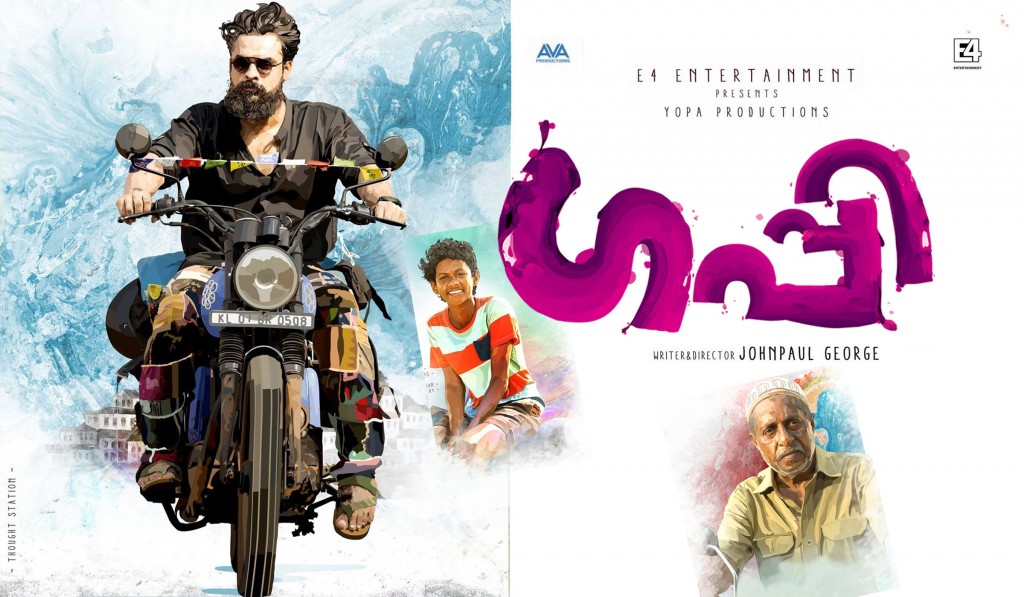 An enchanting tale where a boy encounters a strange intruder who develops a needless grudge against him. As the film slowly picks phase, we realize that there is more to the film than two people from two generations are confronting each other to teach the other a lesson in humility. The film though simple at heart, speaks out a sublime message that engulfs us into the world of a young boy who loves selling fish to make ends meet while taking care of what is left of his family, a mother who is disabled. He ventures along as a stranger ride into the town and locks horns with him for no apparent reason. The narrative covers how they finally understand that destiny has strange ways of resolving human struggles and the film embraces the audience with an innocent hug of love, friendship and sacrifices. Guppy is the beautiful new Malayalam cinema with a smile on it, blooming at those wishing to experience a film with a charming soul. 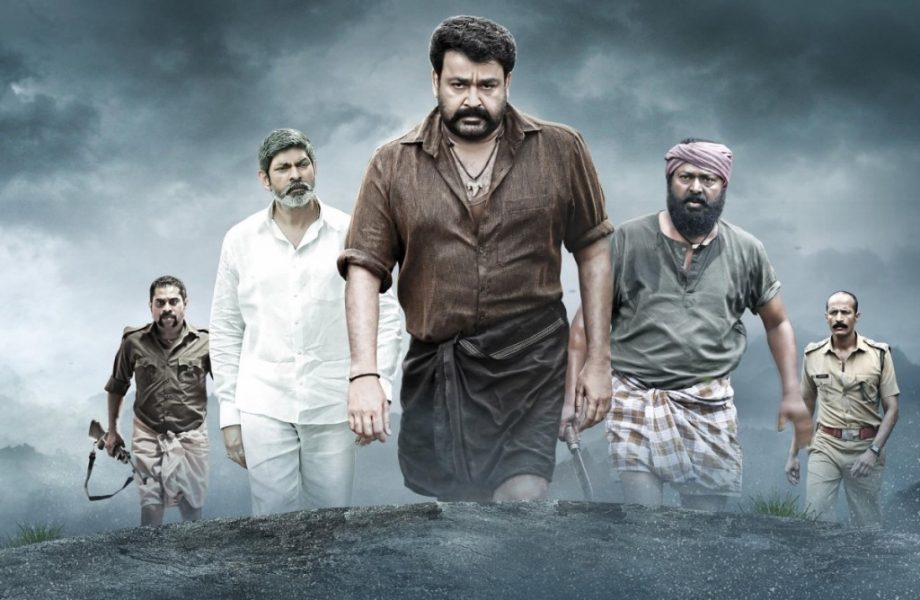 Just when Kerala thought that Mohanlal is done playing ‘larger than life characters’, he took the dive to perform what turned out to be a performance that is ‘first of its kind’ – a tiger hunter. What might seem like a combination ‘mass puller’ content, a flamboyant theme and enchanting visual imagery, Pulimurgan stays firmly rooted in a story that exhilarates every 3 minutes or so into levels of unseen surprises and large canvas stunts. Thrusting out waves of excitement across the land, Mohanlal’s on screen persona lingers individually in our ears saying – Who woke up the sleeping dragon? Mohanlal shatters beliefs that said he should now do roles that match up with his age by delivering yet another dose of adrenaline rush as he once again triumphs at gifting his loyal audience with a block buster they have been craving for. Lalettan continues to evolve into a ‘Malayalee’ emotion and this film will definitely garner him more love ( as if he didn’t have enough !!) 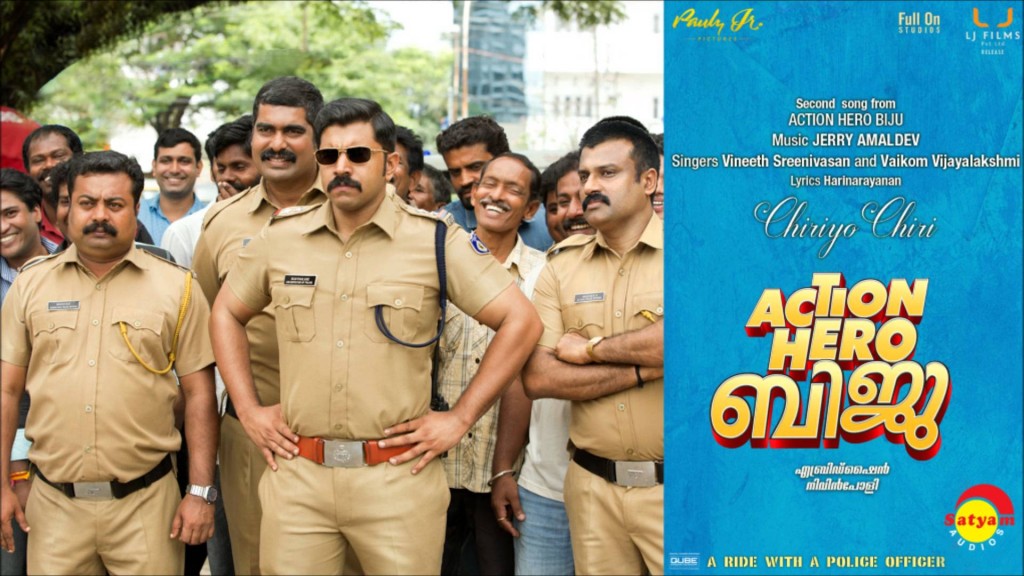 Drama gets diluted into a cruder form of reality as Actin Hero Biju unfolds the everyday happenings in a Kerala Police station. Well what is so big about such a narrative? Everything! Standing far away from the usual law keepers you get to see on screen, Biju lays bare the over dramatic, dialogue driven, hefty background music – centric heroes and portrays a down right, raw, passionate police officer who on all fronts comes across as one we might have confronted sometime in our lives. He is charming, raging and full of self-righteousness but never projects the same using cinema gimmicks, rather chooses to come out as the man who doesn’t need an audience to show off his heroic intelligence or his capability to implement the law in its right manner. Every time he sets out to find a solution to another off society’s needs he does it in the way we would expect our police officer to. He wins our hearts as he carries the narrative and takes it along the layers of unwritten hierarchies the society follows and above all other emotional responses we might have through out the film, regains our faith and trust in the police department concretely. This film surprises us, sometimes to an extend where the camera literally disappears and we feel like we are in the scene with the man himself. 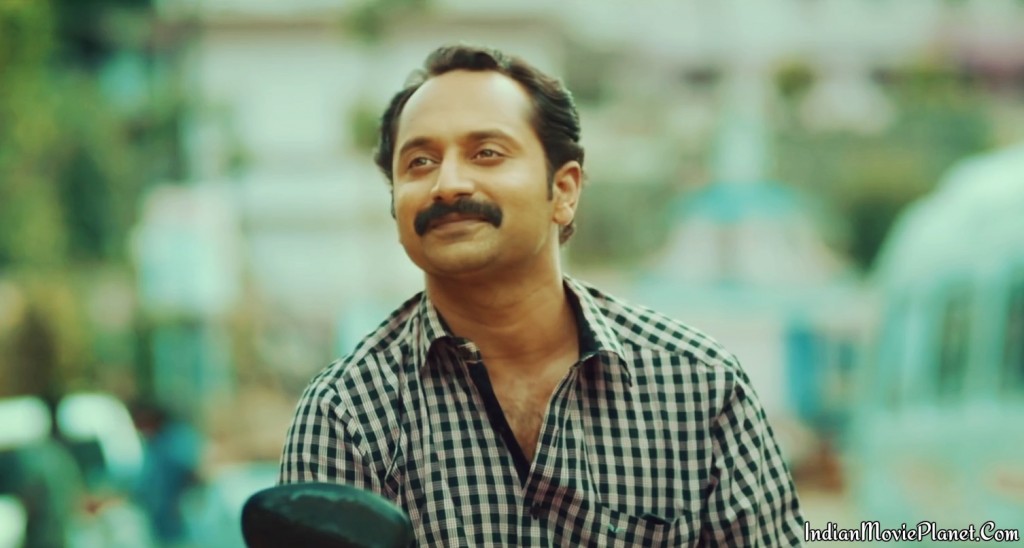 The platinum labelled film title of 2016. An ultra realistic take on an ordinary man’s quest to regain his lost pride. The film simply has woven the best rural narrative unfolding to reveal how taking a dig at an innocent, timid and loving young man’s self esteem can result in him taking a perspective shift to avenge the man who caused him public humiliation. The film is pure example for how a pivotal change can be caused in a film industry if the makers are ready to get in depth and analyze what runs in the veins of their land and translate the same without losing its essence and flavor on to screen. The results resonated with the audience and the film industry restored its credibility yet again as the film became one of the most successful entries, both commercially and critically into every Malayalees hearts and won it over a thousand times as Mahesh reflected off the real Malayalee persona with graceful and at times with its very poignant charm.