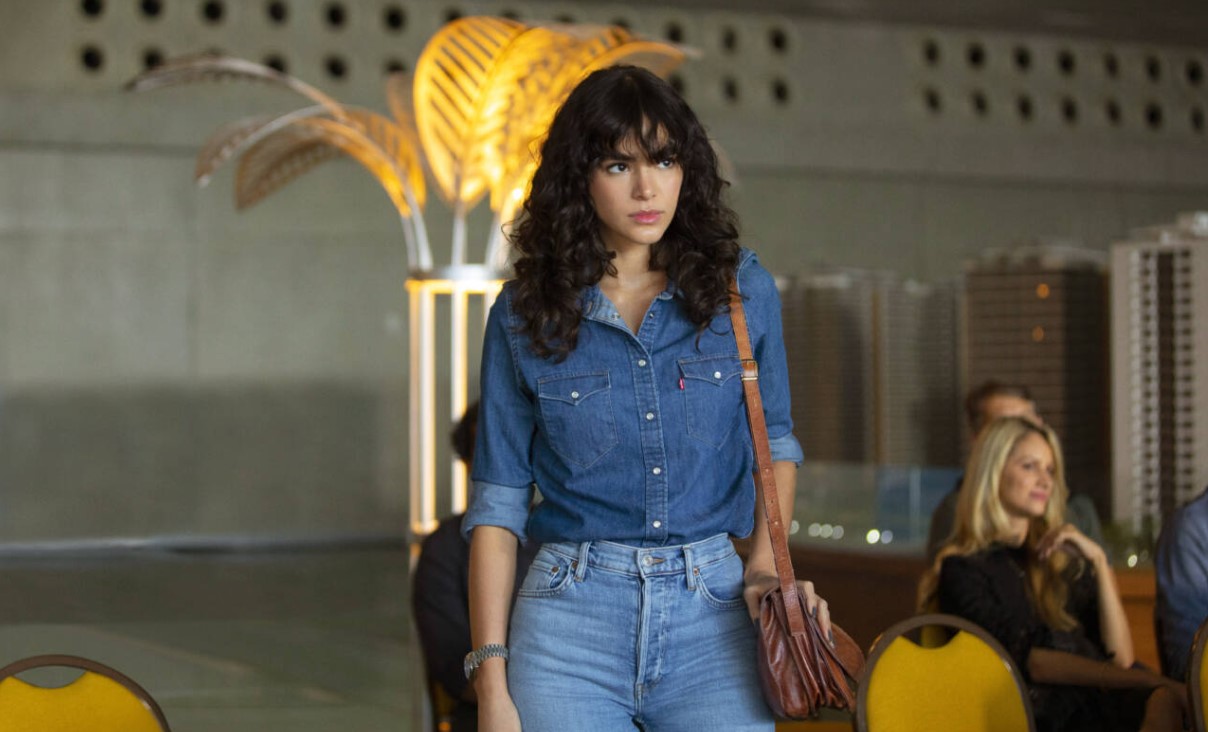 Despite the name, ‘Maldivas’ isn’t about popstars of Maldives. Instead, it’s a Brazilian comedy–thriller series set in Rio de Janeiro. The title refers to a luxurious condominium where every resident has something to hide. Milene (Manu Gavassi), the condo manager, is an embezzler. Her husband, Victor Hugo Sampaio, is cheating on her with one of her best friends, Rayssa (Sheron Menezzes), who is in an open relationship with her husband Cauã. Meanwhile, Kat and her husband Gustavo are scam artists. Patricia Duque is on the run from her troubled past, and Verônica Morticia (Natalia Klein) is a drug dealer. She is also the narrator of the series. Elsewhere, Patricia’s estranged daughter, Liz Lobato (Bruna Marquezine), is about to marry her boyfriend, Miguel. After learning her mother now lives in Maldivas, Liz comes to Rio hoping to reunite with her mother. Here is everything you need to know about the ending of ‘Maldivas’ season 1. SPOILERS AHEAD.

Victor Hugo is a plastic surgeon and an excellent one at that. Verônica even compares him to an artist. Milene was both his muse and canvas. However, it seems when he realized that he could no longer improve her, his attraction toward her diminished. Victor Hugo has been in a physical relationship with Rayssa for a few months and has developed genuine feelings for her. But for Rayssa, it’s just sex. She truly loves Cauã. But even in their marriage, there are issues. They are part of a popular musical group, and the media keeps asking them when they will have children. Rayssa doesn’t seem to want any, and Cauã apparently agrees to everything she says. However, Cauã leaves Rayssa for her cosmetologist, and Rayssa discovers that she is pregnant with Victor Hugo’s child.

When Kat and Gustavo got married, they came to an agreement — Gustavo would provide for the family, while Kat raised the children. But then, Gustavo was arrested due to his involvement in a corruption scandal, and things took a turn for the worse for their family. it is revealed that Kat is an equal partner in Gustavo’s scams. 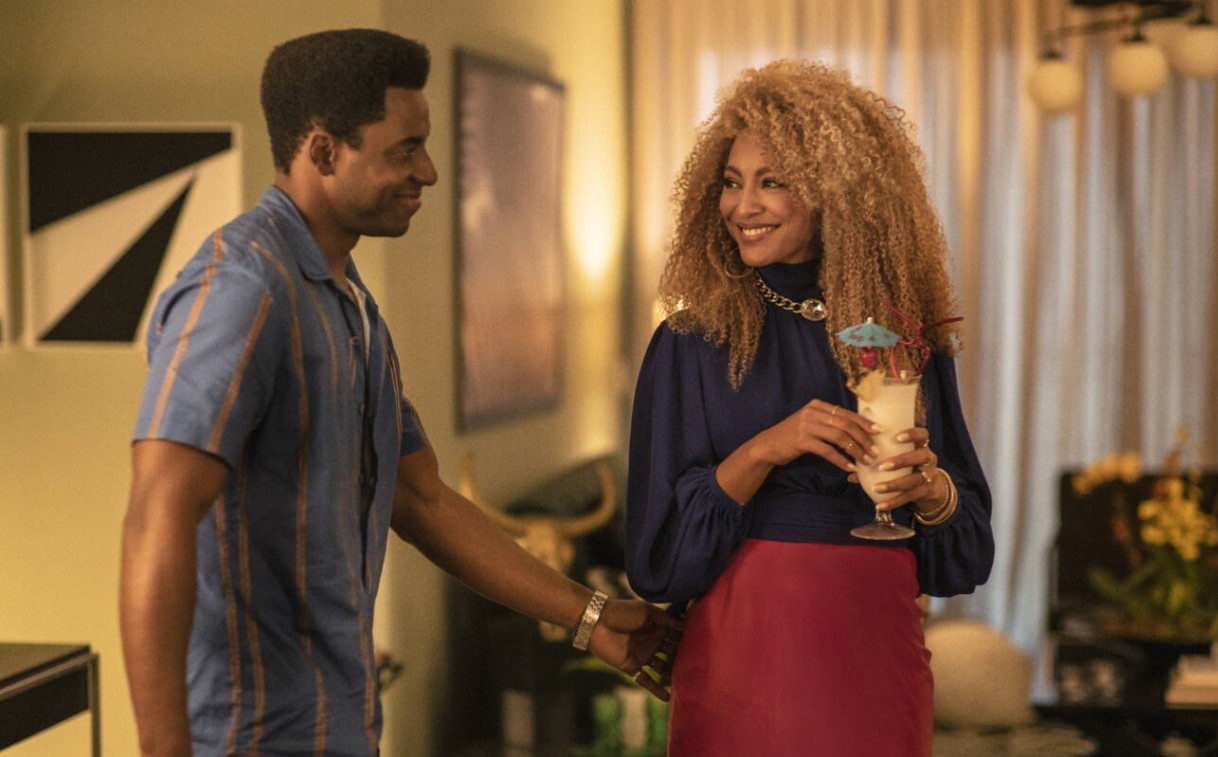 Toward the end of episode 1, titled ‘Welcome to Maldivas,’ Liz arrives, hoping to see her mother after all these years, only to discover that her mother’s apartment is on fire. In the subsequent episode, the police find a body in Patricia’s apartment and get Verônica, who they learn was closest to the deceased, to confirm that it’s her. Their investigation reveals that the person in Patricia’s apartment was killed with the condo rulebook, which Milene earlier gave to Patricia after the latter was selected as the new condo manager,

Liz was trained as a forensic scientist. She launches her own investigation to find out what happened to her mother. It initially runs parallel to Detective Denilson’s investigation before they start working together. After Patricia, whose real name is Leia, left, Liz was raised by her paternal grandmother, Joana, who disapproves of Liz’s decision of coming to Rio in search of her mother. As Liz grows close to Denilson, Miguel arrives in Maldivas with a mission. And a love triangle develops between him, Liz, and Danielson.

In the season 1 finale, ‘It’s Over Leia,’ Rayssa deals with her broken marriage and the fact that she is pregnant. Milene, who has learned about Victor Hugo’s affair with Rayssa and began her own affair with Captain Rafael, makes a decision about her future. Kat finally embraces the fact she is a crook. And Liz learns what happened to her mother.

For both Liz and Denilson, there are initially three suspects after the apparent death of Patricia Duque — Kat, Milene, and Rayssa. The queens of Maldivas were seen outside Patricia’s home right before the fire. And the audience knows that each of them has her reasons for wanting Patricia dead. For Milene, it’s the embezzlement. Every time her husband ignored her, she used to max out his credit cards. But then, her spending went out of control, and she ended up borrowing from people with unsavory reputations, including Captain Rafael. With Patricia becoming the condo manager, she could have found about the money that Milene stole from the condo to pay off her debts.

Patricia saw Rayssa having sex with Victor Hugo, making the other woman worried that she would tell Milene. As for Kat, Patricia discovered that she and her husband were running a scam using her name and wanted to report them to the authorities. However, it is revealed that none of them were responsible for what happened in Patricia’s apartment. In fact, Patricia isn’t even dead. In episode 4, titled Incendiary,’ Denilson realizes that the deceased person they have found in Patricia’s apartment isn’t her.

It turns out that the deceased is Maura, Joana’s henchwoman. Years earlier, Joana forced Leia to leave without her daughter. But she knew Leia would be back someday and sent Maura to kill her. Maura shot Leia multiple times, but the latter survived, changed her name to Patricia, and came to live at Maldivas. When Liz left to find her mother, Joana realized where she was going and sent Maura to finish the job she had failed to do years earlier.

When Maura tried to kill Leia in her own apartment. Verônica was there. She was the one who killed Maura with the condo rulebook. She and Leia then decided to fake the latter’s death so she could run away again. But then, her daughter arrived, and she just couldn’t leave.

Joana realized that something must have happened to Maura and sent Miguel with the instructions to kill his would-be mother-in-law. Shortly before Miguel and Liz’s wedding, Joana arrives under the pretext that she wants to be present at her granddaughter’s wedding. In reality, under her orders, Captain Rafael and his people have captured Leia and Verônica. Joana comes to Rio to kill Leia in revenge for her son’s death.

What Happened to Liz’s Father?

It is heavily implied that Liz’s father was extremely abusive. On that fateful night, he was choking Leia to death when Liz, who was a child at the time, shot and killed him. Leia subsequently placed his body in the truck. That is why blood was dripping from it. Maura found him there after she shot Leia. Liz repressed her memory of what happened to her father. In one of the final scenes of the season, as her mother leaves again, Liz finally regains her memories of that evening. She realizes that her mother took the blame because she wanted Liz to have a good upbringing in her grandmother’s care. Leia sacrificed much for her daughter. Although she desperately wanted to take her daughter with her, she understood that the life of a fugitive was not for a child.

In the climactic Scene, Liz shoots Joana and escapes with Leia. However, she is most likely not dead. If she were, Liz would be in prison in the final sequence of the season, which takes place three months after Joana gets shot. Moreover, Liz probably told Joana about what had happened to her father. It is even probable that she convinced Joana to give up on the vendetta, given that Liz is her blood after all. However, Liz now carries a gun in her purse. She evidently doesn’t feel safe. As proven multiple times during the season, Maldivas is filled with various types of criminals. You need to have a certain amount of darkness in yourself to survive here as a permanent resident.