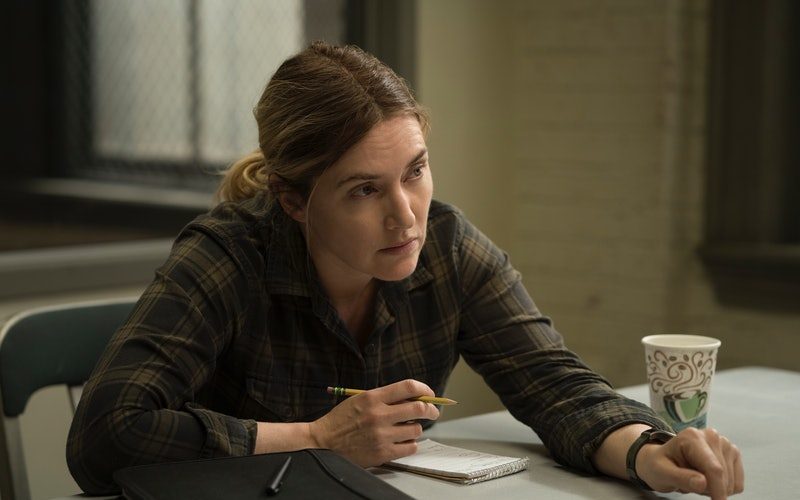 ‘Mare of Easttown’ kicks off on a subtle and almost nonchalant note. Sure, it is a crime drama, but episode 1, for the most part, spends much time establishing that Mare Sheehan (Kate Winslet) is the one who tries to keep putting out the town’s fires, albeit begrudgingly. After all, as a detective, it only comes naturally to her. But there is one case that is a bane for her, and with another murder on the horizon, things are about to get really complicated. So, let’s break down the ending of the pilot, shall we? SPOILERS AHEAD.

Mare Sheehan, who is everyone’s go-to person, gets called by elderly townsfolk who tell her that a man was peeping into their granddaughter’s bedroom. But she doesn’t really take them seriously as they say the man was “like a ferret.” Soon after, Mare finds Freddie Hanlon, who had broken into his sister’s place to get money for drugs, and sends him to a shelter. In the meantime, Mare’s senior tells her that she needs to ramp up her efforts to locate the known drug user and local girl, Katie Bailey, who has been missing for a year now.

Running parallel to this is the story of Erin, a young girl who has a kid herself. The father, Dylan, comes to pick the child up with his new girlfriend, Brianna, who tells Erin to stop talking to “her man.” Later, Erin meets up with her friend before going to meet Brendan, a boy she’s been texting. On the other side of town, Mare’s ex gets engaged to Faye. To commemorate a 25-year-old basketball match and honor “Lady Hawk” (aka Mare), there is a ceremony.

At this event, however, Mare gets into a somewhat quasi-argument with Dawn, Katie’s mother, about her efforts to solve the case. Later, Mare goes to the bar and meets the intellectual and charming Richard, who has just moved to Easttown. Erin goes to meet Brendan, but she soon finds out that “Brendan” is just a fake persona created by none other than Brianna to get back at Erin for “texting her man.” Brianna then proceeds to hit Erin repeatedly until Mare’s daughter, Siobhan, steps in.

Mare of Easttown Episode 1 Ending: Who is the Dead Girl?

After hooking up with Richard, Mare leaves to go back home. En route, she calls the station regarding the “suspicious male” that the elderly neighbors had spoken about. When she reaches home, Mare puts her grandson to bed. Not only do we get a brief glimpse of the “ghost” of a man, but we also, unfortunately, get to see a dead girl, beaten and bloody, in the river. 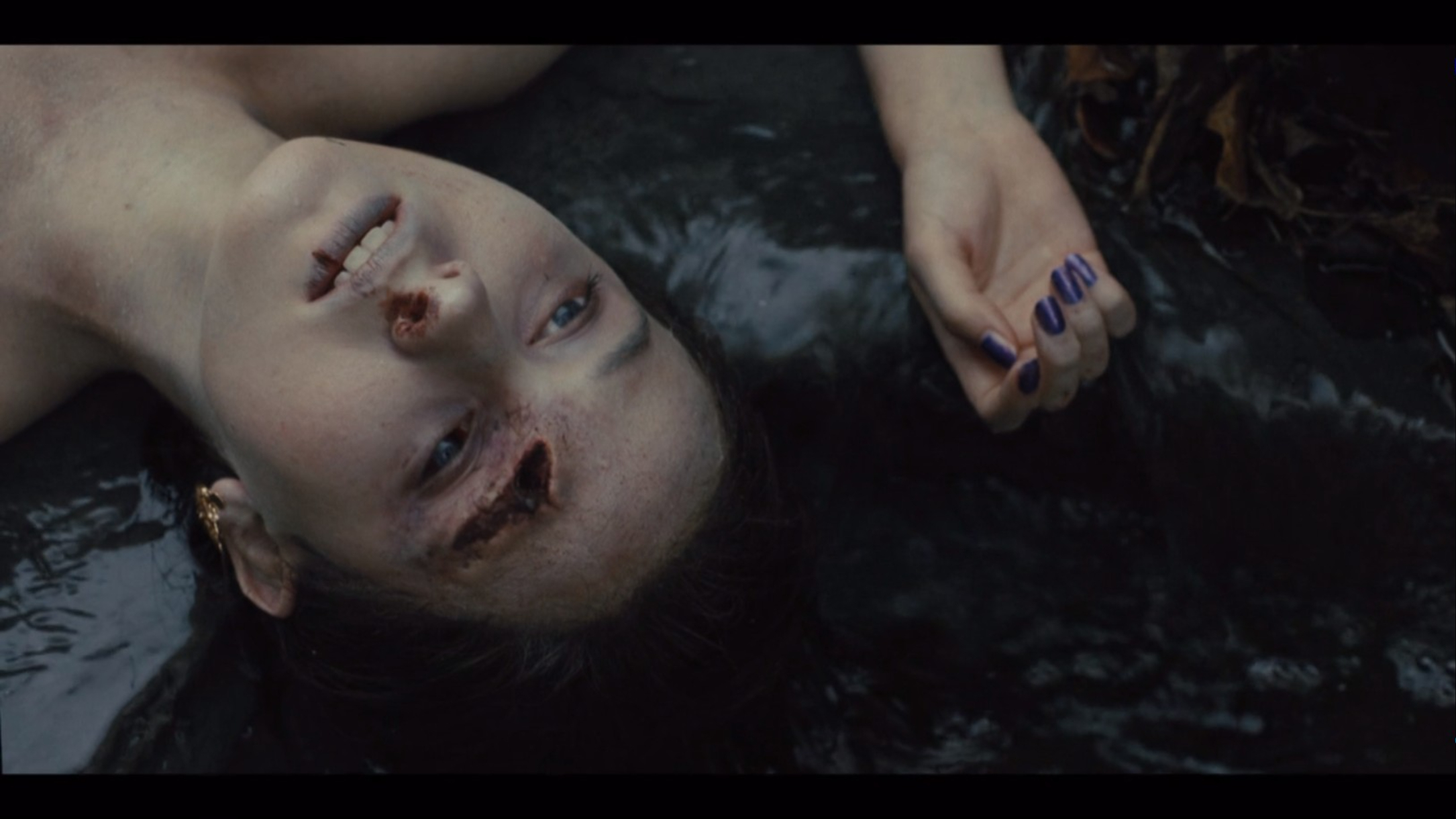 The dead girl at the end of episode 1 of Mare of Easttown is none other than Erin McMenamin, the girl with no mother, a verbally abusive father, a 1-year-old son with an ear infection, barely any friends, and an ex-boyfriend that doesn’t seem to be too emotionally invested in anything. Obviously, it is too early in the series to guess who could have killed Erin. But there are two things to note by the end of the episode.

The first is that we have come across two victims thus far, and both of them seem to be down and out at the time of their deaths. According to Mare, Katie was a habitual drug user who dabbled in prostitution and has likely ended up dead because of these activities.

On the other end of the spectrum is Erin, who doesn’t consume drugs, but she doesn’t have a strong support system either. She is bullied by Brianna simply for texting Dylan in a moment of weakness. Both Katie and Erin, despite their obvious dissimilarities, seem to be easy targets. The second thing we need to keep in mind is that Mare spots the “suspicious” prowler on her way home, indicating that the neighbors were clearly not delusional and something sinister is actually going down in Easttown. 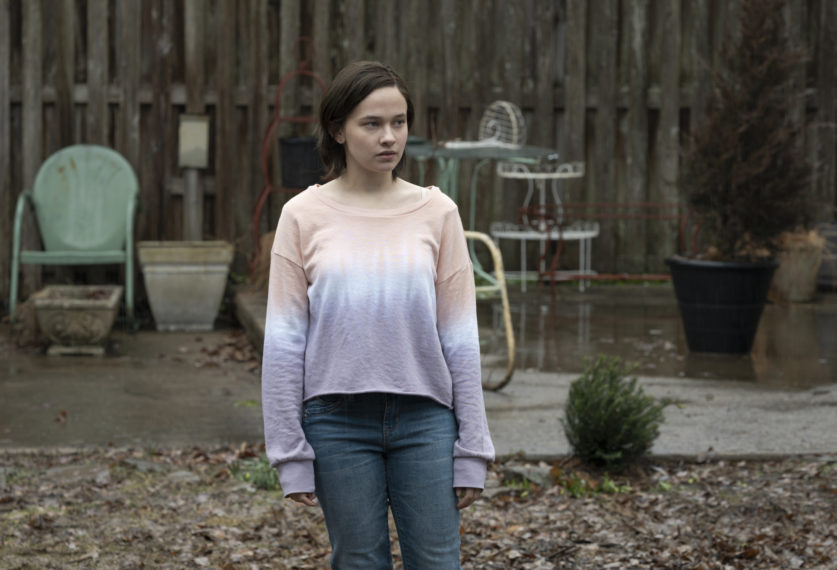 It is also too early for us to know who this person could be or what his motive is, but the show has established that he likes to keep an eye on young girls. How is he connected to Erin and/or Katie? Could someone we already know be this man? Is Mare biting off more than she can chew? We’re just going to have to wait for further installments to find out what the bigger picture is.

Who is the Man We See in Mare’s House?

Mare, while sleeping with her grandson, awakens to the vision of a man looking at the family before disappearing. Well, this seems to be none other than Mare’s son, Kevin Sheehan, who took his own life a few years ago. Mare’s grandson talks about turtles and how his father used to love them, which definitely clues us in on the fact that Siobhan isn’t Mare’s only child. But what happened to Kevin? 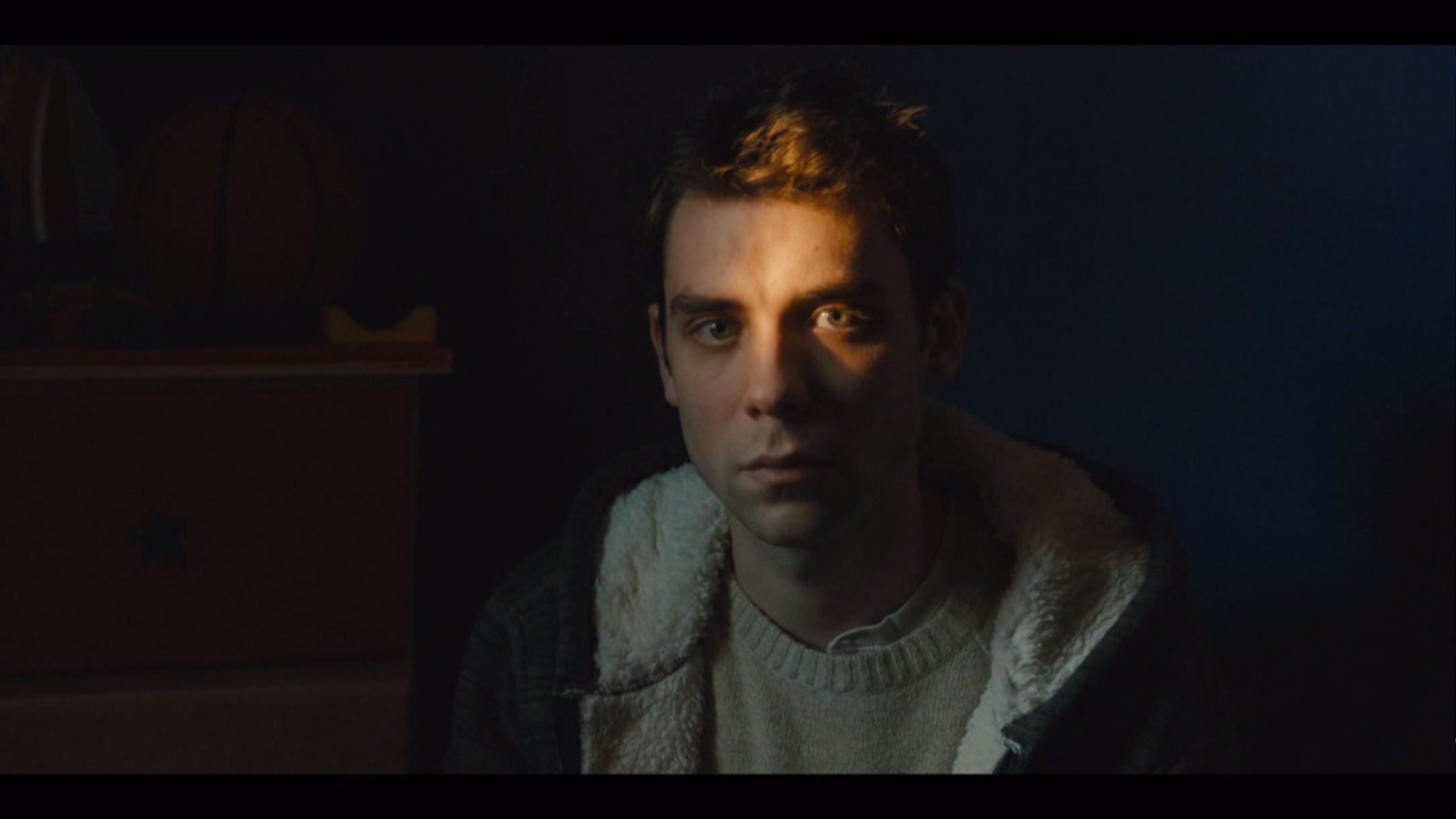 Well, these questions will only get answered in time. But from what we can tell, Kevin was actually on the autism spectrum, and apparently, Mare had a hard time knowing how to deal with the situation. Furthermore, we know that Kevin’s death is something that deeply affects Mare, but it is also something that she never chooses to talk about. From this, we can infer that there is some level of shame or guilt associated with the entire ordeal, and maybe Mare had something to do with Kevin’s death, even if it was unintentional.